For a fashionista considering the purchase of wearable tech- it comes down to two questions: “Does it match my bag?” or “Is it invisible enough that it won’t matter?”  And let’s face it- most of today’s wearable devices would not get an affirmative response to either one. Fortunately, the wearables market is expanding rapidly and the fashion industry’s influence is already becoming evident.  The notorious Google Glass made its first appearance on the runway during Fashion week in 2012 and was featured again in Spring 2013 at the Diane Von Furstenberg show. 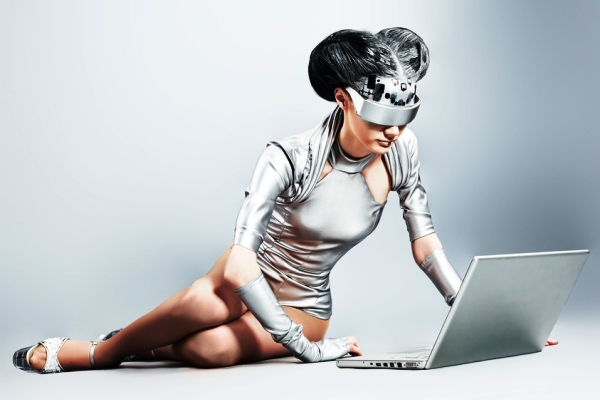 One of the most popular wearable devices on the market, Jawbone Up, has been featured in the coveted September Issue of Vogue magazine for its sleek and fashionable design. The New York Post remarked in a recent article: “Whichever fitness band they ultimately choose, fashionistas are opting to layer them with Chanel bangles or Cartier watches.” And those businesses with the ability to offer both “geek” and “chic” will emerge as the big winners in the wearables market. Below are some of the hottest new wearables for the fashionista:

Computational Jewelry: Researchers at Dartmouth and Clemson Universities see huge potential in the ability to remotely monitor patients’ health but realize that most will refuse to wear an unsightly monitor. In a project dubbed Amulet, they’re designing a fashionable wearable body area network (WBAN) that essentially serves as a health management hub that collects data from various health monitors. The jewelry could be used to collect data from such devices as a glucose monitor or a treadmill, according to David Kotz in an interview with mHealth World, a computer science professor and the Amulet project lead at Dartmouth. Amulet is designed to become a central repository, much like a data warehouse, for reporting and data analysis. And like a data warehouse, it can store new and historical data for trending reports.

Machine washable data: Heapsylon, a startup based in Redmond, Wash., will soon roll out a T-shirt and a sports bra with heart rate monitoring capabilities. The clothing, which will retail for $59 apiece, will be available in stores before year end. “It’s comfortable, it’s washable, and it provides real-time data,” says Chief Executive Officer Davide Viganò.

Not for the faint of heart: Studio Roosegaarde, which has offices in the Netherlands and China, has designed a dress they call Intimacy that becomes translucent when it senses from changes in a woman’s heartbeat that she’s aroused. Founder Daan Roosegaarde told Bloomberg that he has sold some of the dresses to private art collectors, and he has also fielded calls from fashion houses. “We’ve always worked with the notion of technology jumping out of the computer screen and becoming part of what you wear,” says the designer.

Bangles with brains: The Memi is similar to the Pebble watch, but specifically for women who often keep their smartphones in their bags and miss calls as a result. The Memi is unique in that it is based around notifications, not fitness. The main appeal is the simplicity of the design: A simple metal bangle that vibrates to indicate incoming calls and texts from people on a preapproved list. There’s no display. Based in Atlanta and New York City, Memi launched on Kickstarter in October 2013, and is already halfway to their goal of $100,000.

Dressing Up: Debuting in October 2013 on Kickstarter, Dress.Up cover-ups campaign has reached the halfway point of their $10,000 pledge goal for their fashion print cover up for fitness bands. Made of stretch material, the company’s current focus is on these fashionable items for the Jawbone Up wristband. Dress.Ups will provide a variety of “dress up” slips to better provide wearers a more personal fabric option. Jawbone Up Dress.Ups are just the start as co-creators Pat Daunais and Julia Turnbull plan to create fashion print cover ups for other wearable technology gadgets like the Nike+ Fuelband and Fitbit Flex.

Good blog! 🙂 I guess it will be a while before we can have commonplace wearable monitors/gadgets. 😐