You can find more information on the event on our wiki page here.

So, with additional coaching and technical support from our array of technical experts (thank you, you know who you are, and we appreciate you, but there are too many names to list here), the teams got working on their overnight coding challenge, the core of every InnoJam.

With the creative juices (along with wine, beer, and Red Bull) flowing our 7 teams worked hard with the 3pm deadline in mind. Aside from the different prizes on offer, longevity also became a contest with our stamina prize: on the hour, every hour until 7am, every conscious team member from each team got a token. The winner (to be revealed later) would be the team with the most tokens.

I must admit, the time after 7am this morning was distinctly quiet, with a few team members finally crashing (maybe breakfast isn’t the best way to start the day), before an influx of refreshed and returning team members and tech experts from 8am onwards livened things up again. They might have had some sleep, but they also got drenched getting from their hotels to the RAI.

Somehow (and I’ve been awake since a little after 3am, so it has been quite a long night) it’s already lunchtime, so if I were competing then I’d be feeling under pressure but overall the teams seem quite calm and composed. Let’s see what they’re like at 2.55 though.

Here are some pictures of the stalwarts (and the snorers) for you to get an idea of the overnight and early morning activities: 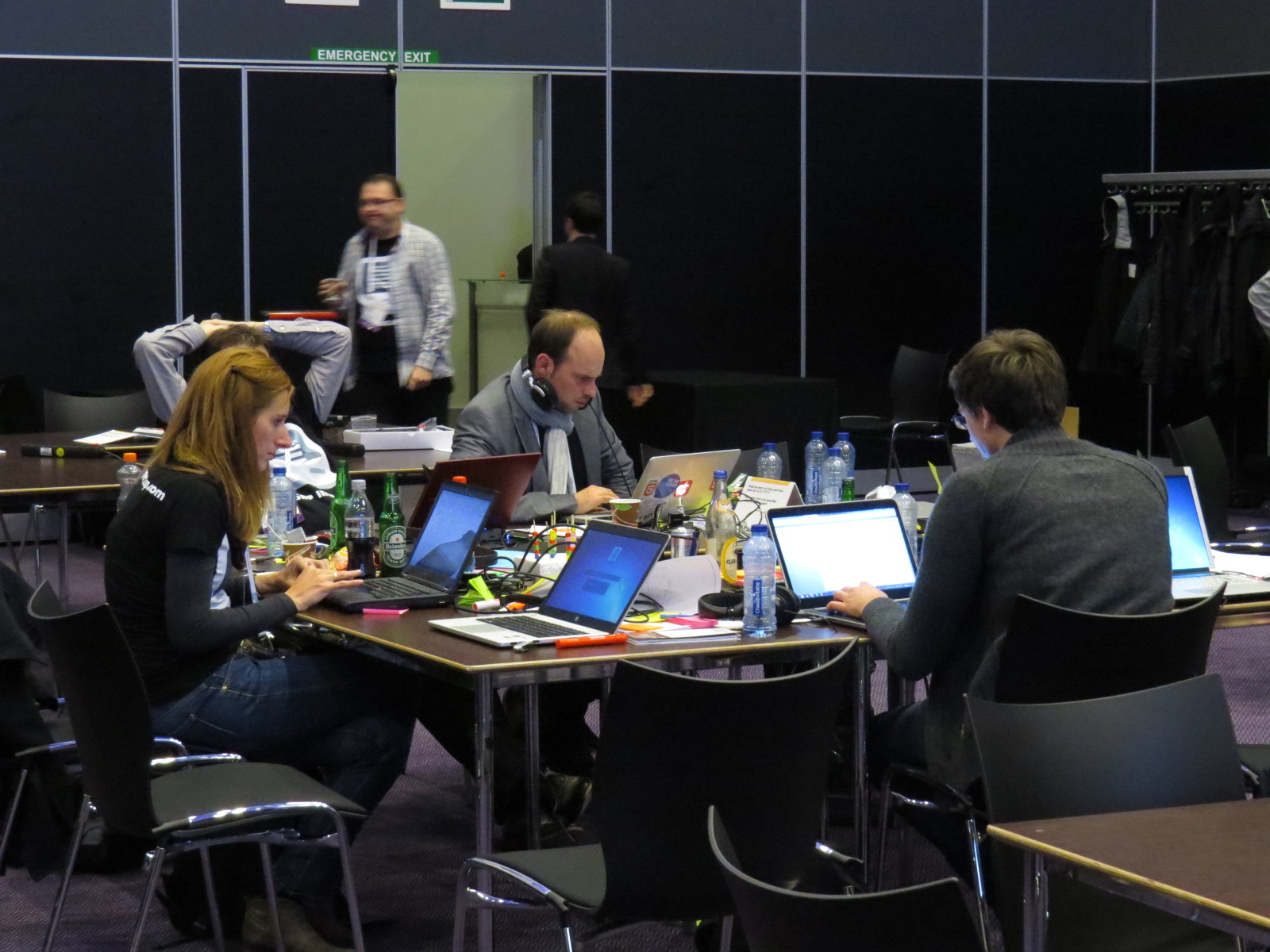 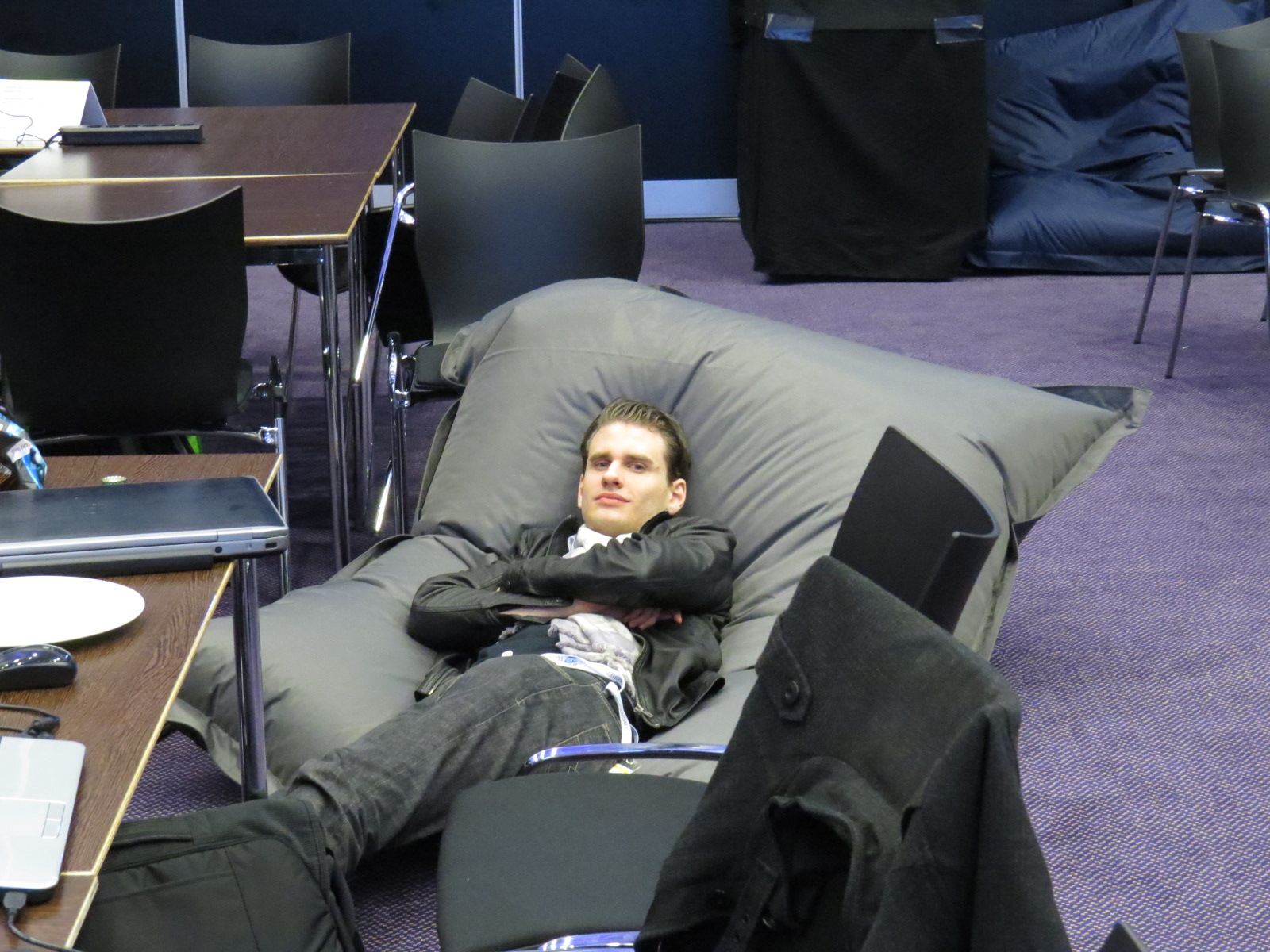 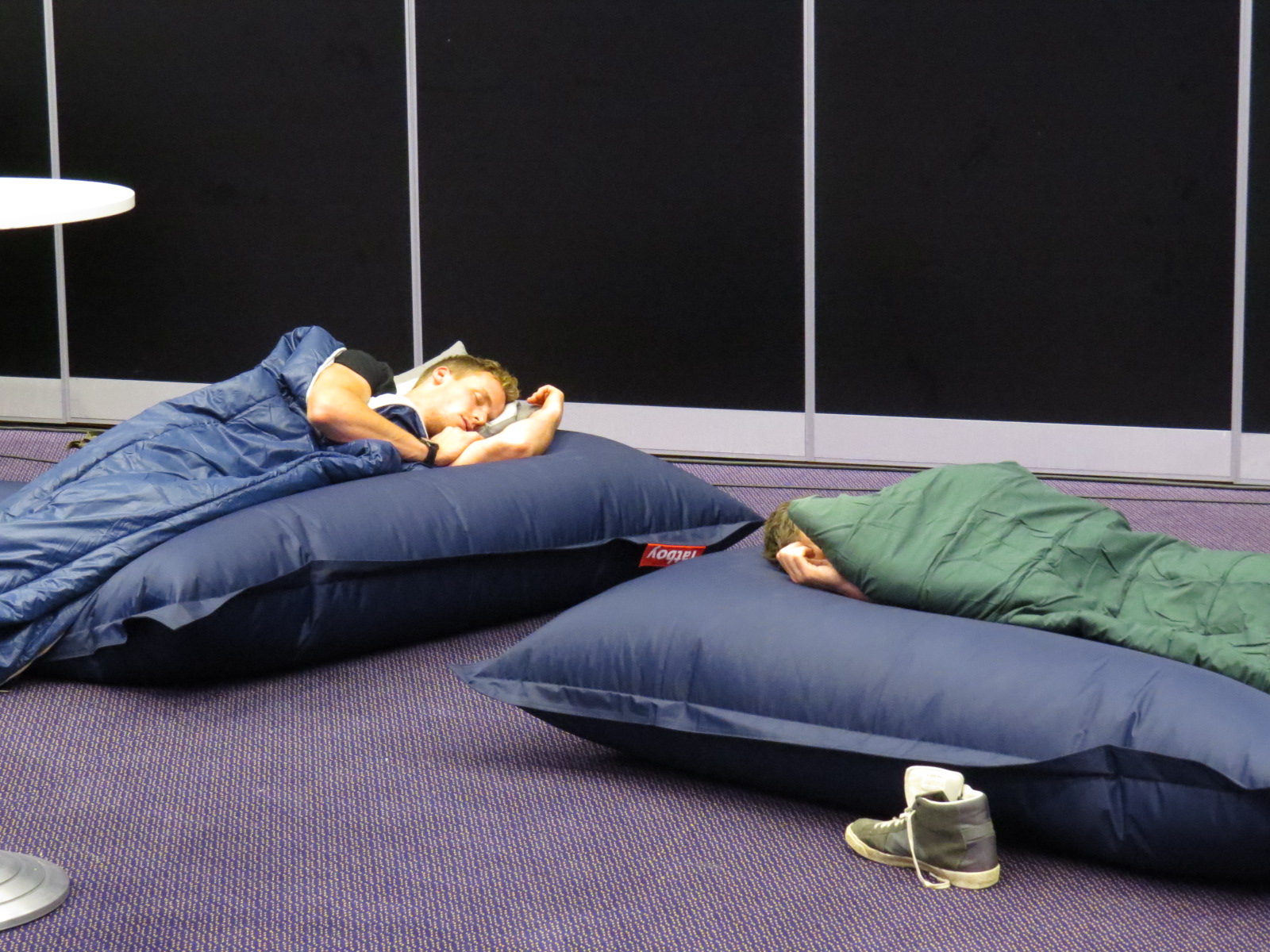 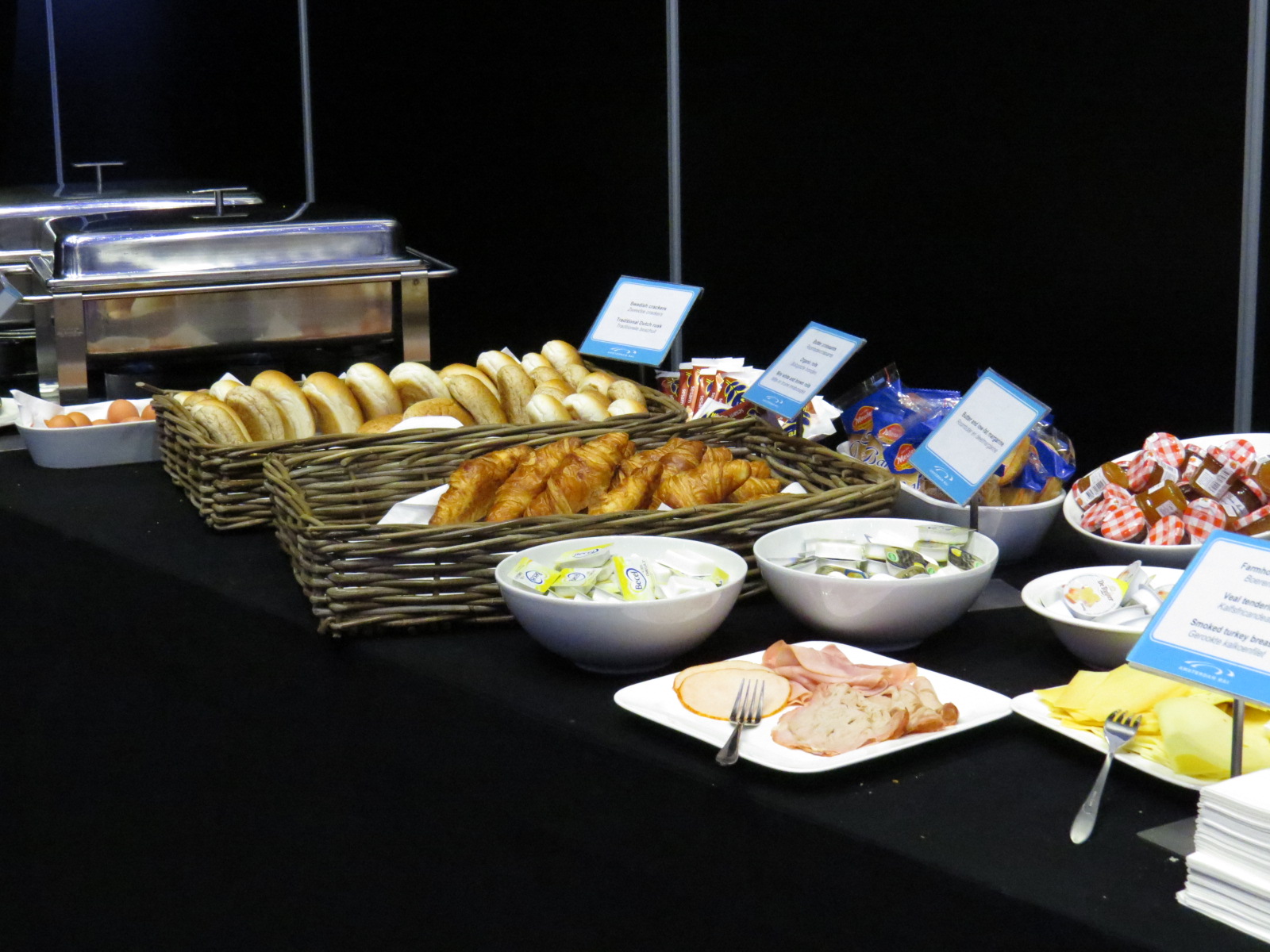 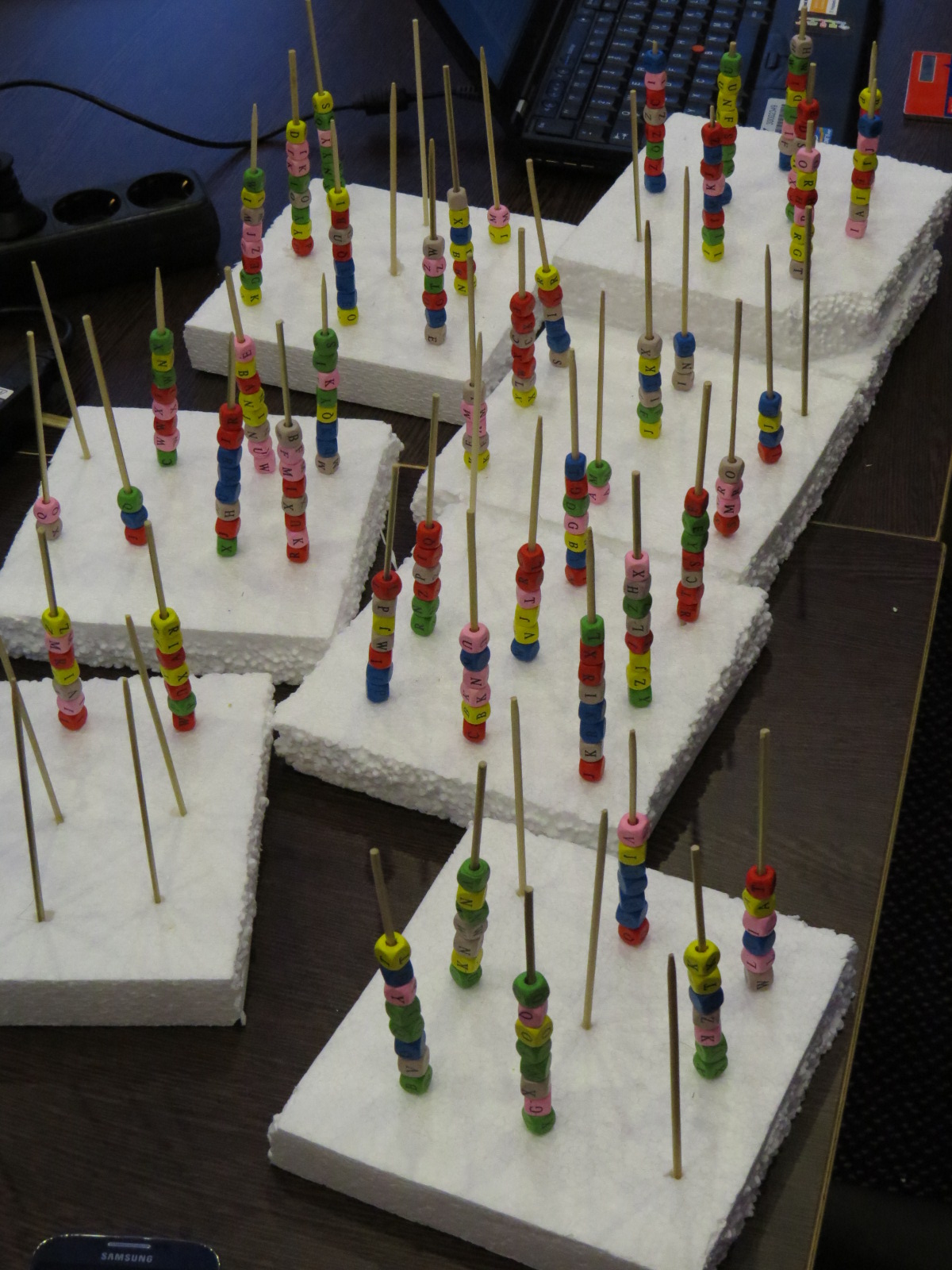