Innovation Equates to Evolution – Do you agree?

Innovation strategy is paradigm that every company small or big is trying hard to grasp. After all history has witnessed titans fall because they could not keep pace with changing competitive environments. Technology giants that failed to account for changing customer needs were taken aback by new technology. They did not notice gaps within their existing solutions to create new markets or develop new business models, so rapidly changing environments passed them by. 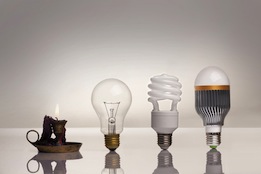 I believe in Darwinism, which explains the survival of fittest. Entities that are able to survive the harsh realities of changing environment survive and thrive. Those that don’t, perish.

I equate innovation to evolution. An element of change introduces chaos, as well as fights for space and supremacy. The survivors change the dynamics of their surroundings, creating new rules of engagement. There is pain, death and then stories of survival and triumph. There is even birth and new creation from ashes of the dead.

Innovation, like evolution, is a struggle to give new meaning to current problems by redefining norms of normalcy. Entities look for gaps within a crowded landscape to differentiate themselves from others and create a space for individual self with added value. And complacency can lead to one’s demise.

Success in business seems to depend on an organization’s inherent culture to either integrate acquired innovations or foster ideas, giving space to execute and experiment, fail or succeed. Promoters of OPEN INNOVATION believe in collaborating closely with employees, partners, customers, competitors and even non-competitors to achieve the same goal, using feedback mechanisms to adapt early on.

Intuit’s culture encourages employees to experiment with ideas that create positive response, greater benefit and ease for customers. Intuit collaborates with other industry leaders — not necessarily those in its space — to learn from them and to get unbiased feedback. This culture of freedom — to experiment and to fail early on and reward excellence — has taken Intuit on a long drive of Innovation, and the company has hugely benefited by it.

It would be unfair to say that Intuit didn’t hit road blocks during this process, but these were part of the evolutionary process. They evolved until innovation became part of the company’s cultural fabric.

Can everyone mimic this model to be successful? I don’t know. But I believe that experimenting with new ways and new ideas will surely help create something imaginative. That is the journey of survival of the fittest, of Darwin’s theory of evolution and of innovation.

What is your innovation strategy? Join the Conversation.

Story of Innovation – Inherent to Human Self