Authority vs. Popularity in Social Media 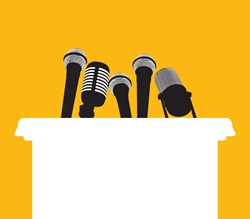 Even the shortest form of internet communication that I know of, a tweet, isn’t really only 140 characters long. The best tweets always have a link to something longer. (This assumes, of course, that you’re on Twitter to learn something, as opposed to discussing lunch, swooning to the Beebs (@justinbieber) or hating A-Rod (@AROD).)

A good linked tweet is like a good headline, an irresistible invitation to learn more. Usually, the link lands you on a page with a news story, blog post, or video along with links leading to other relevant pieces of content – and in the best cases, a robust comments section where there’s a conversation going.

The thread here, in case you haven’t noticed, is more, more, more.

The more the authors give us, the more credibility we give them. At the minimum, we admire the selflessness it takes to seek out good stuff and share it. But just as often, we begin to think that the people taking us on this journey know what they’re talking about.

More than credible, now they begin to sound authoritative.

No Shortcut to Authority
But there is no shortcut to authority. It doesn’t come from having 10,000 followers on Twitter or a highly trafficked Web site. That’s popularity. And popularity can be fleeting. There has to be a lot more behind those numbers to attain authority. Here’s my list for how to get there:

What’s your list of ingredients for authority in social media?

At the SAP Center for Business Insight, we aspire to authority with the content on our new Web site. Please let me know what you think, either here or on Twitter (@ckochster).

Thanks for the post. It is also interesting to discuss what is authority? When do you have authority? It is not always likely that if you follow your 6 points that you will have authority. You still need popularity too to increase your authority. And if you don't put any effort in increasing your network by following others or inviting others to follow you, you won't be anything more than an empty account with a lot of good posts. You have to be found too. So good hashtags or other tags and make sure you post on the right (social) media.

Great point. You're right, great content is not enough. You need to put time into building your network and participating in the conversations about what others are doing. Thanks for the insightful comment.