Launch of the new London MSC – Evolution through Experience

In January 2012 SAP’s Global drive to change the way people at SAP offices interact with local IT saw the birth of the very first internally run Mobile Solutions Center (MSC), and this was based proudly at the UK London office.

Initially a small area contained within the already well established IT department on the 2nd floor.  The ethos at the time was to totally separate the Mobile support of Tablets and Handheld devices from the Laptop and desktop support, creating an almost dedicated team of internally dubbed ‘Mobile Champions’ to help employees run with their newly found devices

After only a few days of being opened the new MSC was a massive hit with the predominantly mobile focused Sales, Pre-Sales and consulting employees, and it soon became a realisation that not only was this a service that was desperately required but also needed scaling up rapidly to deal with demand.

At this point the current Mobile champions started planning the expansion, and soon after it was decided to remodel the current IT office to accommodate a larger area required for support and display. 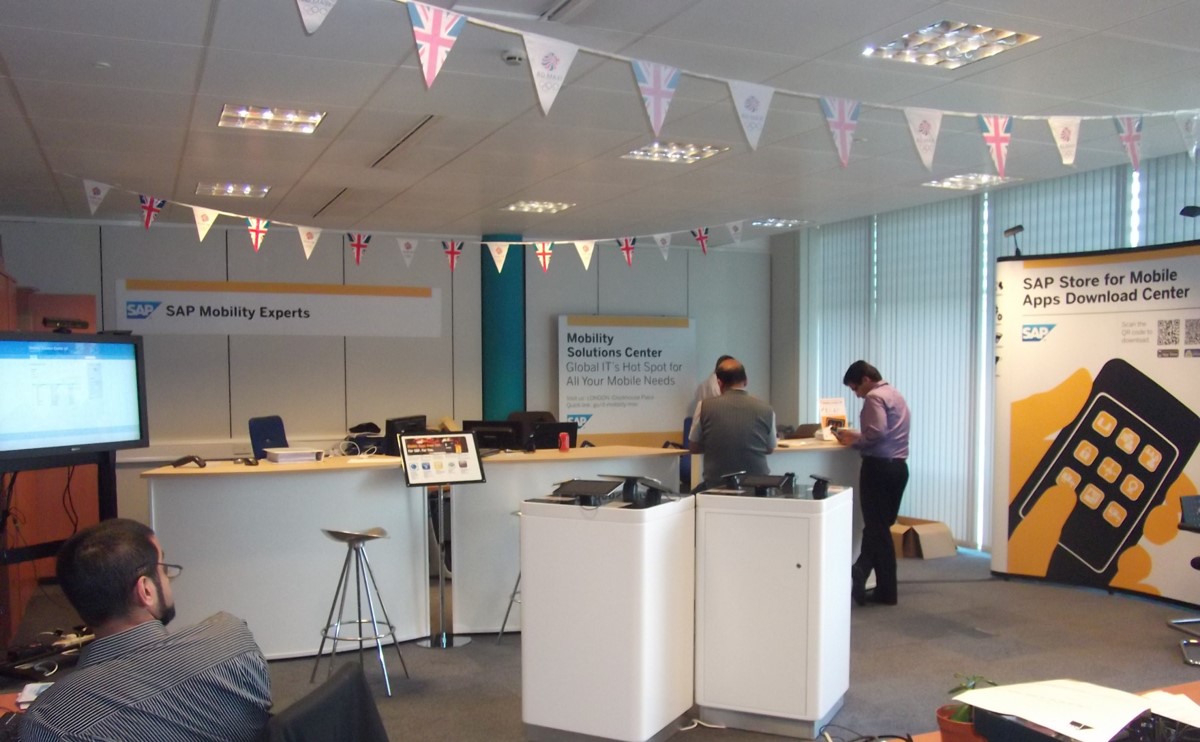 Only months from it initial opening the next level MSC was opened in July 2012 with its new look.

Now not only boasting a newly created and internally written statistics tracking page that allowed monitoring of how busy the MSC was and the trends for different devices, But also fully populated and working display stands where employees could truly ‘try before you buy’.

The MSC again began to achieve accolades with employees through out the building and now recognition further beyond in the SAP world.

The UK however has never a place where things stand still, and as MSC’s started popping up all over the Global in SAP offices the UK was already looking forward and planning the next level.

The UK MSC was once again hitting capacity and was pushing through as much business as many of the larger MSC’s around the globe.  However not only was it was now looking dated to what was on offer else where, the remit of the MSC was now to offer a ‘One stop shop’ approach to IT and encompass the whole IT experience.

Tablets and mobile devices were no longer to be segregated from Laptops and desktops, the goal posts had changed.  It was seen as a ‘do or die’ situation, jump to the next level or lose pace with the fast paced business requirement.  But the UK were not happy with just next level … we wanted ground breaking.

In October 2012, the current leads for the MSC and UK IT Dept James Elliott and Deirdre O’Boyle respectively put forward a proposal for a build out in the IT/MSC area to make this next level jump.

A radically redesigned ‘front of house’ and service concept built around a newly designed Kiosk and Queuing system, coupled with Digital signage and demo capabilities were only some of the changes.

IT was now to be on display to the business, amongst the business and part of the business.  And what was more, we would do it for under £10k.

The UK Leads presented the design and concept to Nicolas Costemalle, the driving force behind the Global hamonization project encompassing the MSC’s.  The presentation was immediately taken to Christian Rapberger, head of CT/FI Management and sold as the ‘template’ for all future MSC’s to follow.  The UK’s concept was sold globally as the vision SAP was trying to achieve.

But in December 2012, despite budget sign off the build out project was put on hold.  London Clockhouse place building was now booked for a refurbishment project, and all build outs were deemed unnecessary.  The UK MSC started to lose precious ground as other MSC’s around the world were opening with the concept we had designed.  The UK would have to go back to the drawing board once again if it wanted to achieve ‘ground breaking’ accolades and recognition in the SAP community.

During the 8-10 months of the Clockhouse Place refurbishment consultation time, the local team leads for MSC and IT in the UK now had time to bring ideas that would achieve this ‘wow’ factor the UK always loves to bring.  The Clockhouse refurbishment was the biggest facelift the building had ever seen, and so the MSC had to live up to that too. 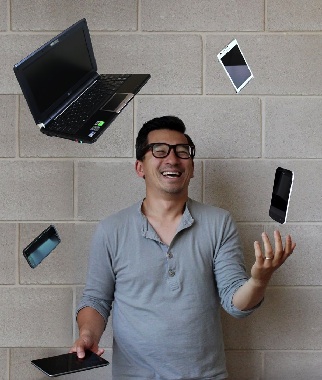 In negotiation with GFM and local facilities it was decided to not only redesign .. but to relocate the MSC too.

With the concepts that were now flowing from IT, being on the 2nd floor was really not going to work .. and now with the added benefits of having architects on hand the UK could really grasp the concept of how big we could go, and our ideas really did grow!

Having successfully predicted the direction the Global business was going to take both Device and IT support once already, the UK decided they were to be the trend setters once again.  We would have to not only redesign visually, but also renovate all our processes to really bring Support in to the next generation at SAP.

After a few months of negotiation our new home was found, and just as we wanted we were now going to literally be the first thing people saw as they entered the building.  This could not have been more perfectly aligned with all our concepts and predictions for the future of support, we had secured a spot in the Aitrium on the ground floor.

Our concept was bold, we wanted to attempt to build a critical mass of support for all current technologies at SAP .. to be the MSC Evangelists of SAP.

In early August 2012 construction started on the ground floor location at Clockhouse place, our vision was set and now was the time to deliver on our hopes and the businesses expectations. 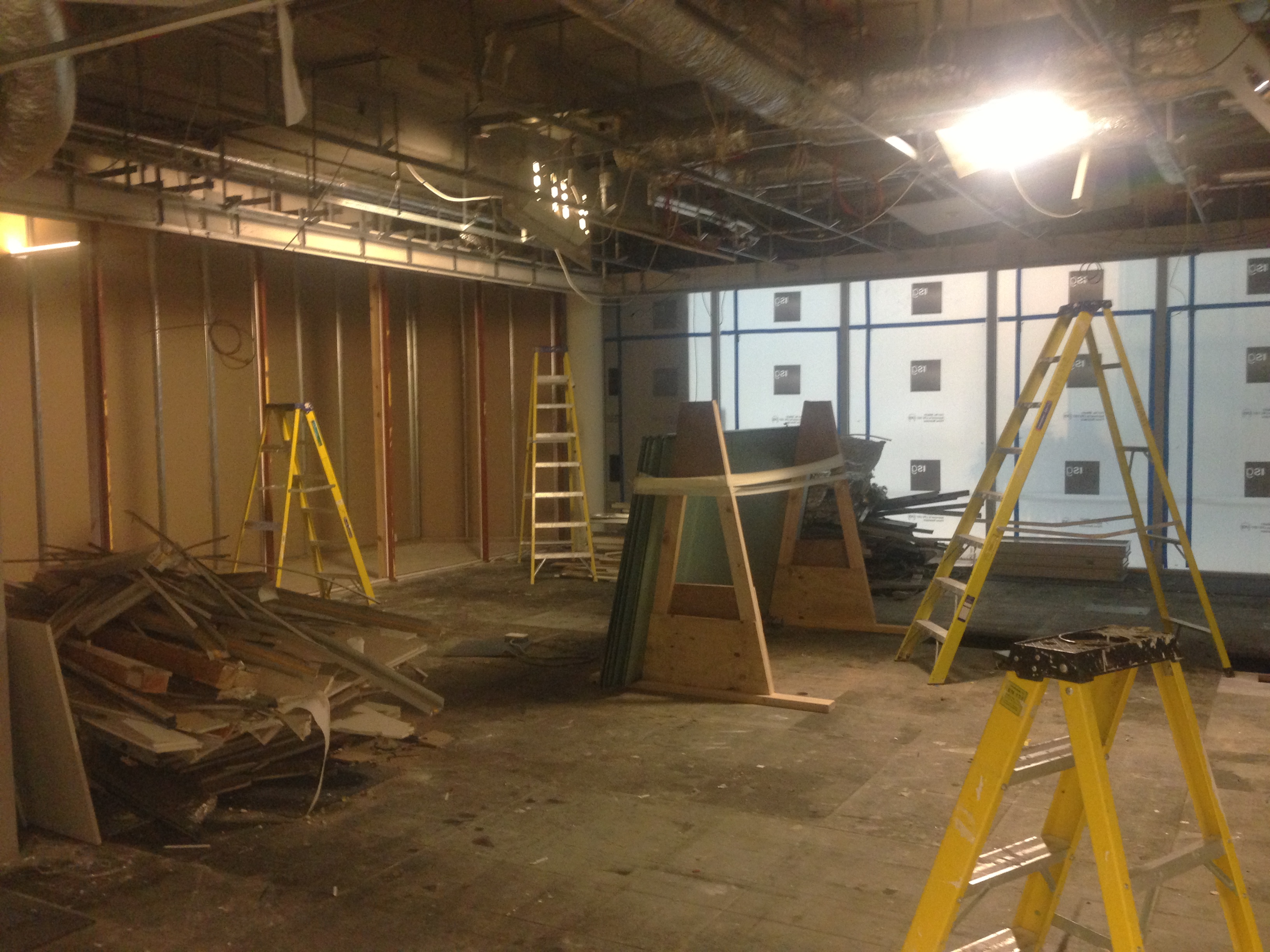 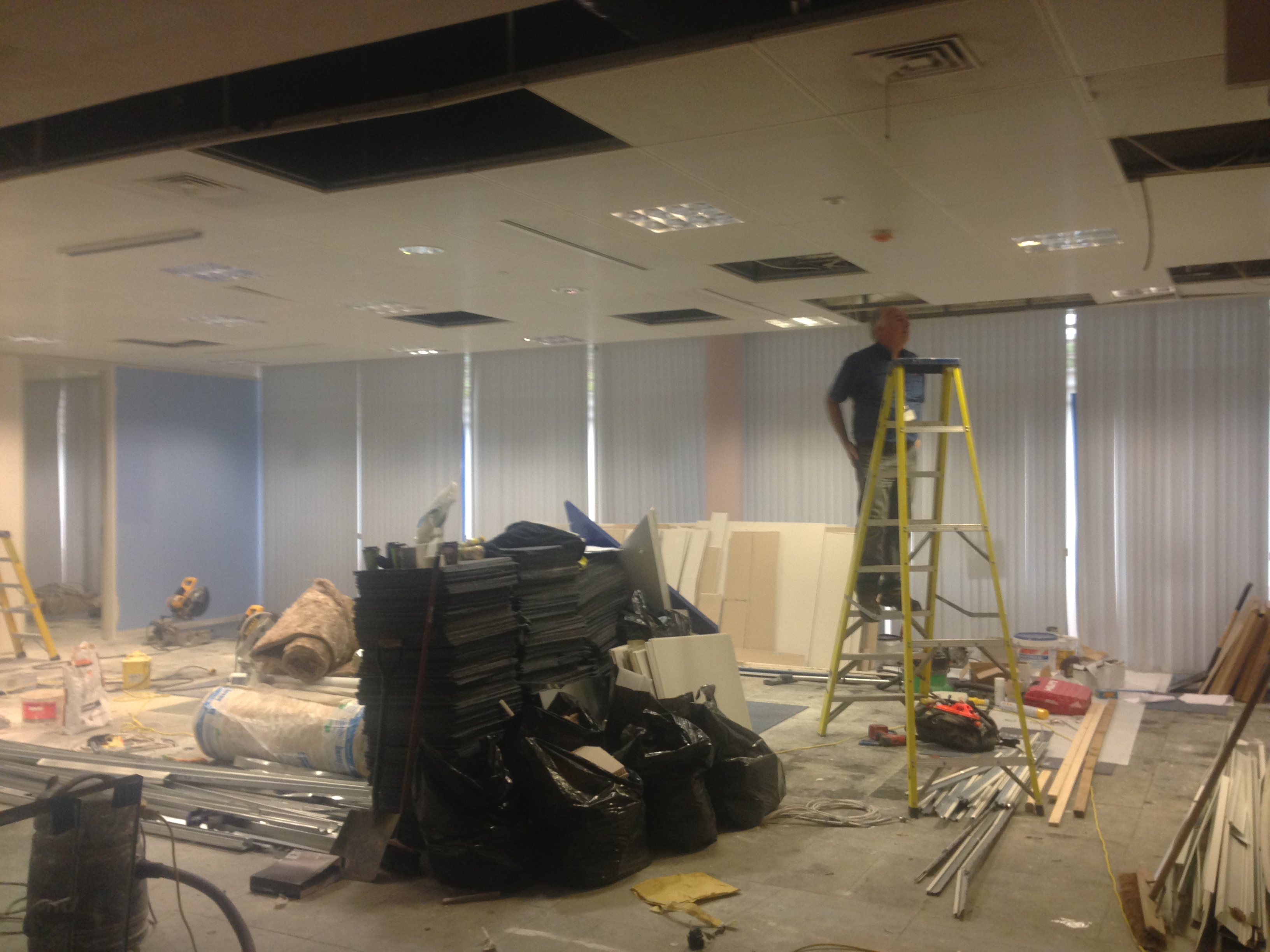 The new design comprised of one main front service area and 3 areas for housing IT, the machine build area and a new logistics area.  The main and IT office area were to be surrounded by glass walls making us visible from all sides to everyone. 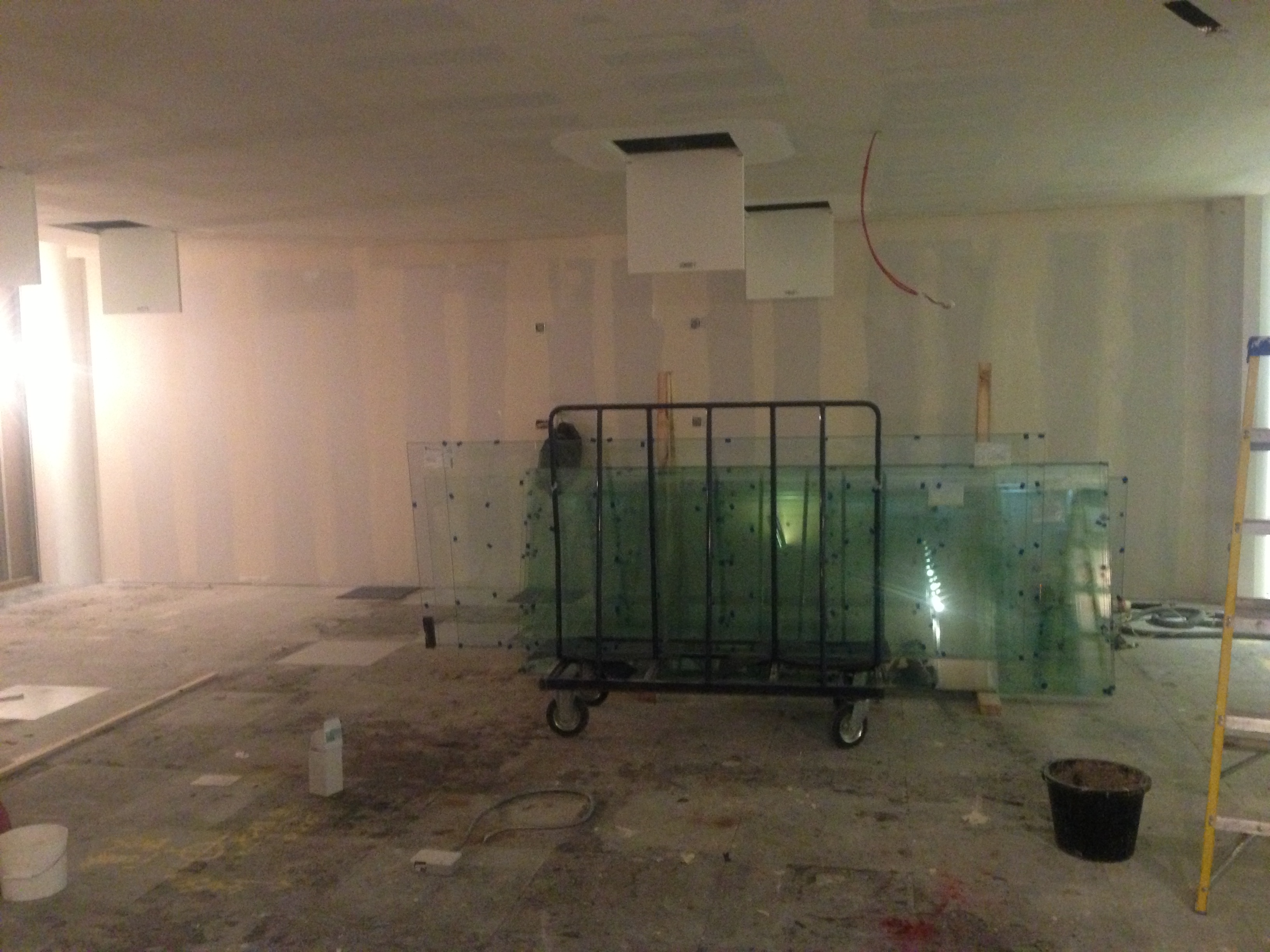 Construction of the main key features was slow, but the new area started to really take shape late september 2012.  Lead times for our concepts were long forcing our opening dates back more than once, and we were required in the end to compromise the final finish agreeing to gain the extra features in early 2014.  Being unable to wait until this date and now more than a month behind our original opening date the new generation MSC was communicated to open on Monday 28th October 2013.

Welcome to the UK’s next generation MSC … 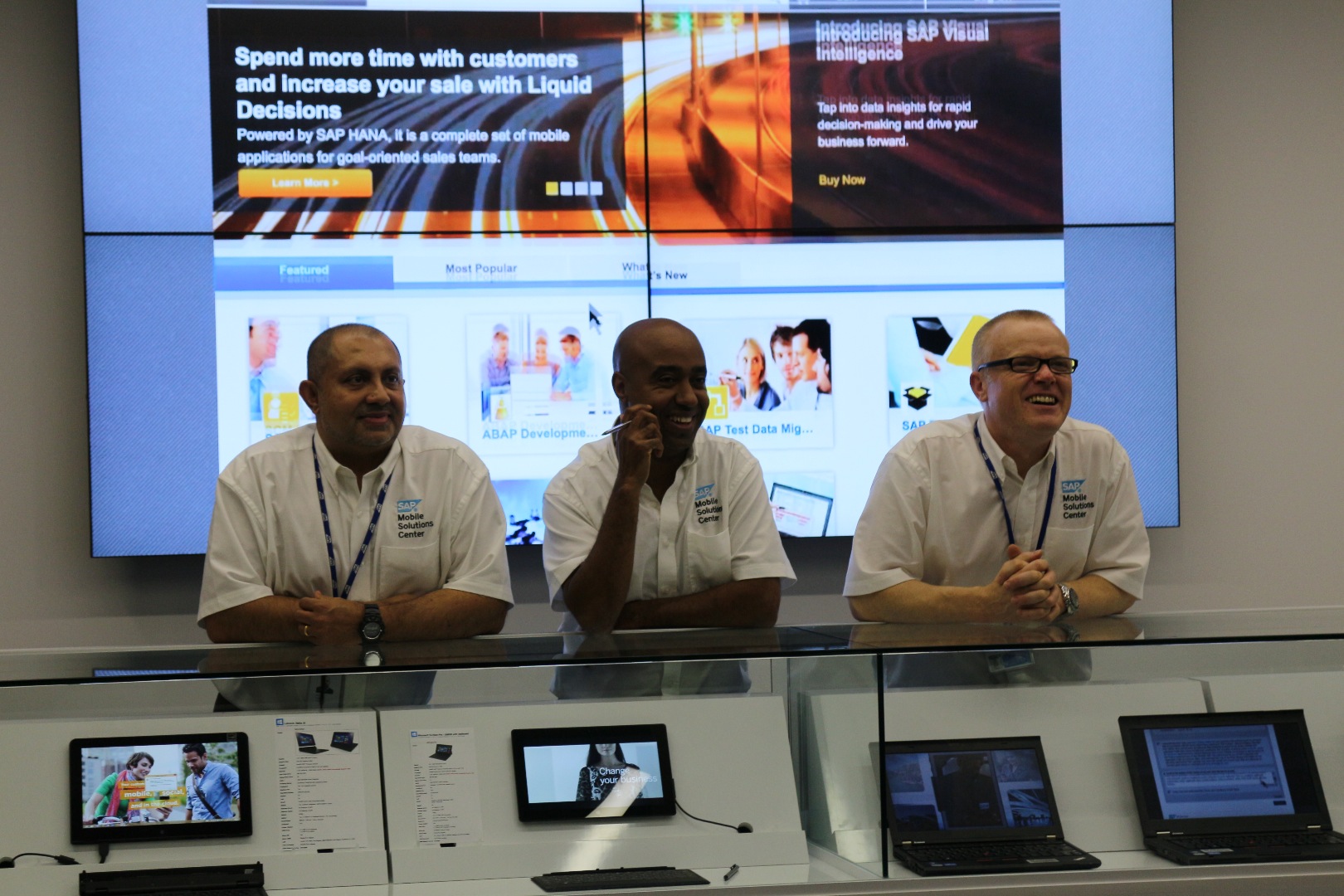 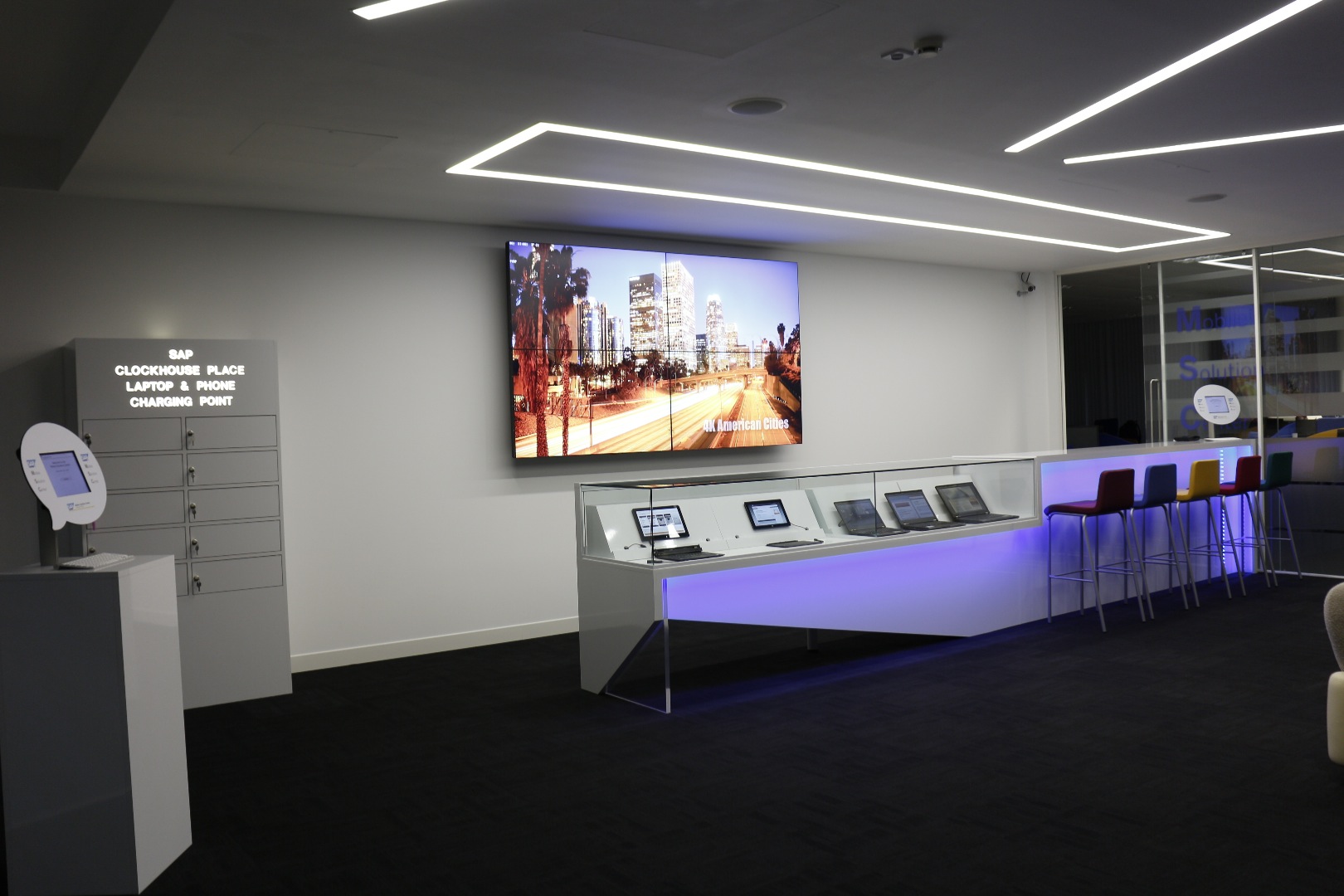 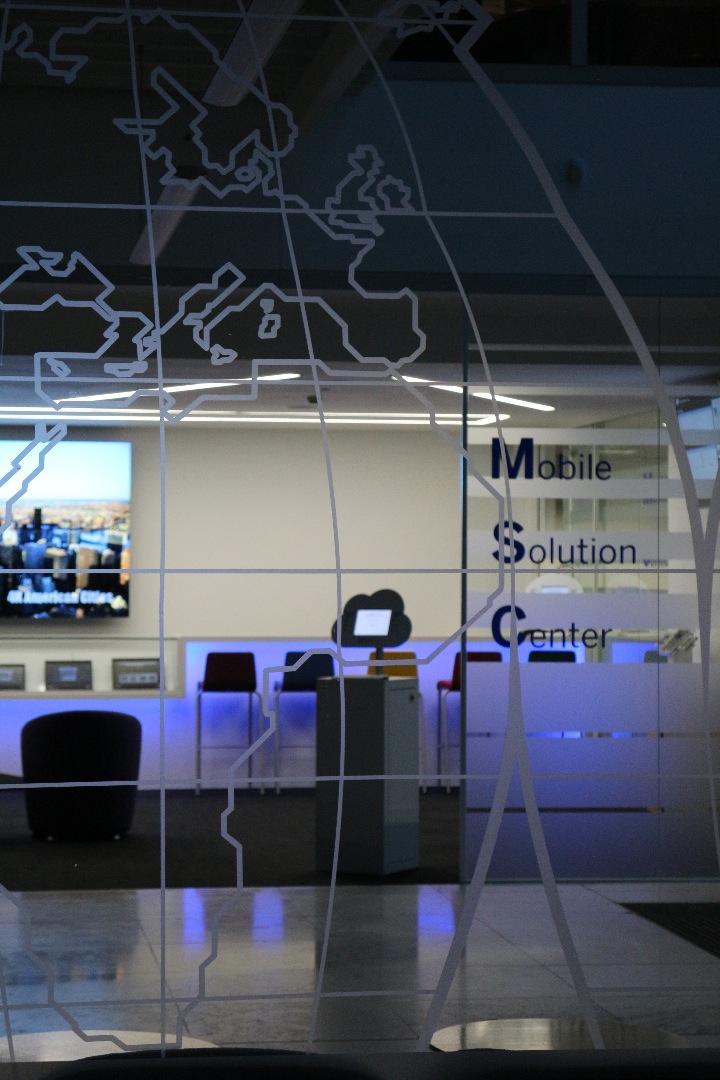 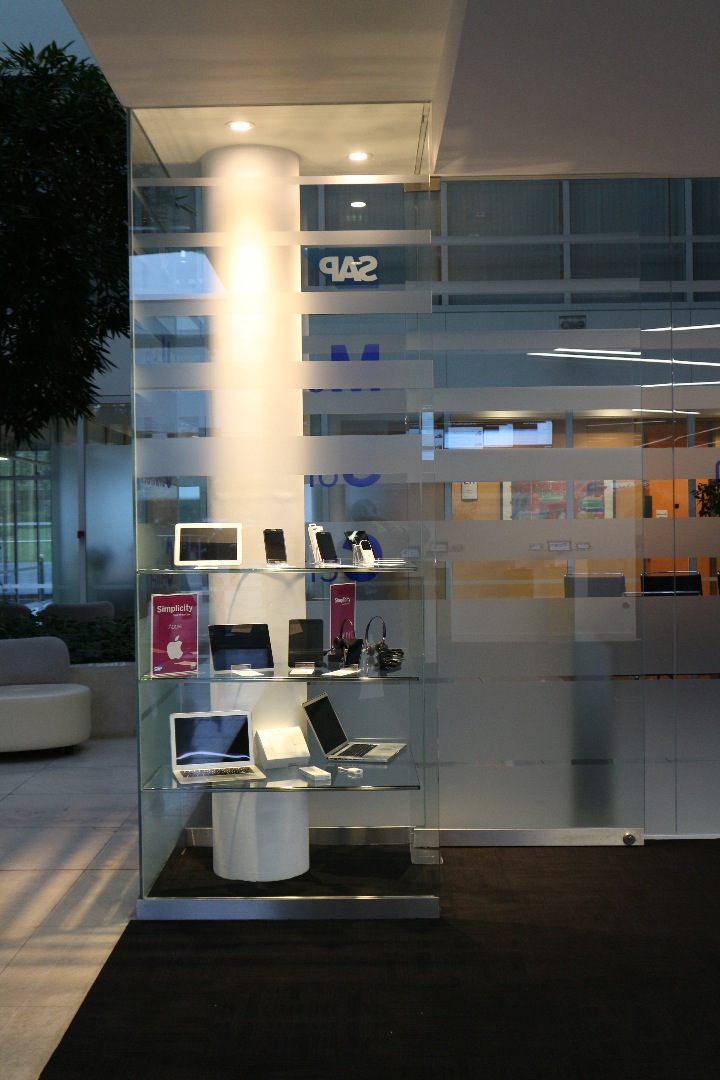 The opening was a great success … 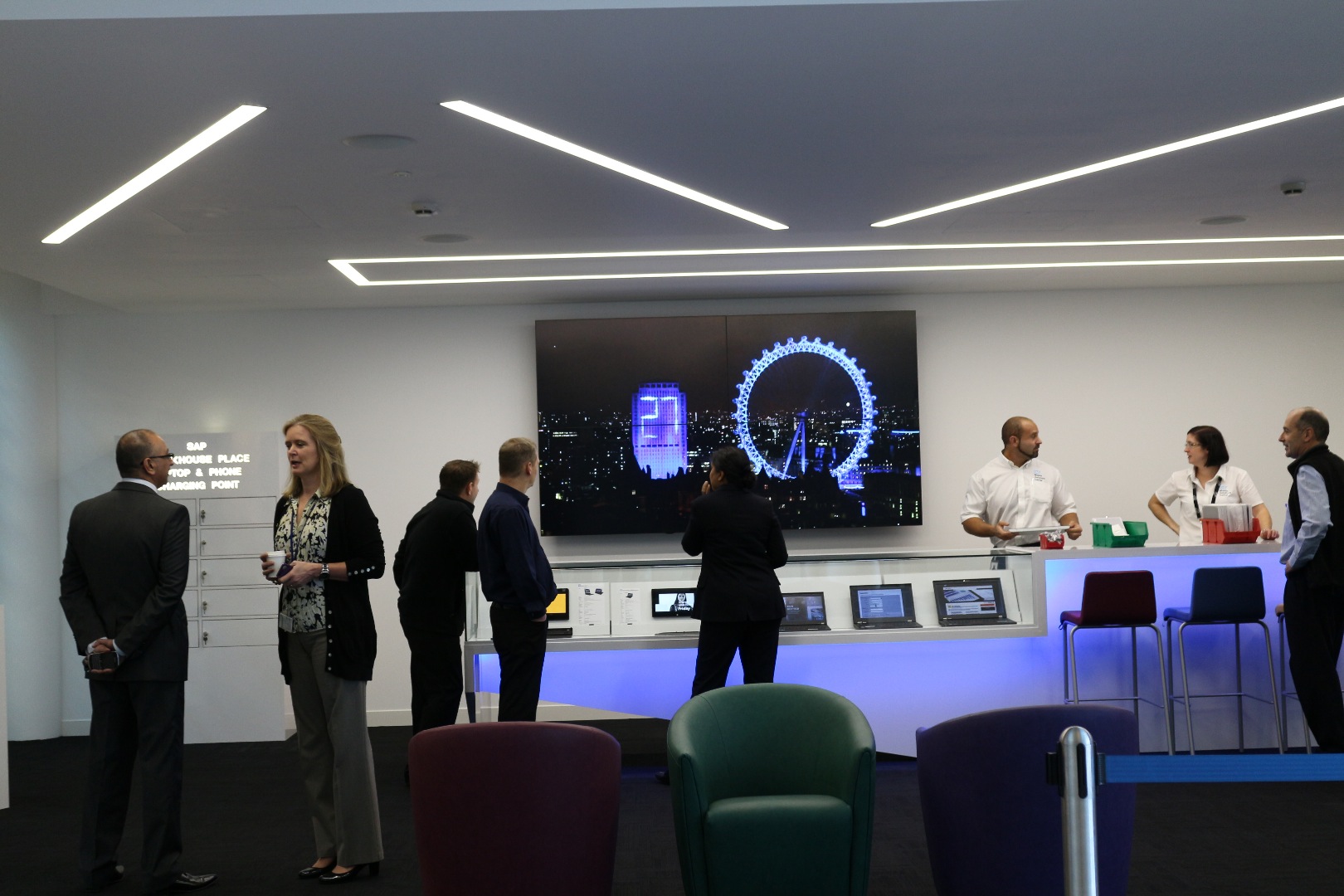 And meet the team! … 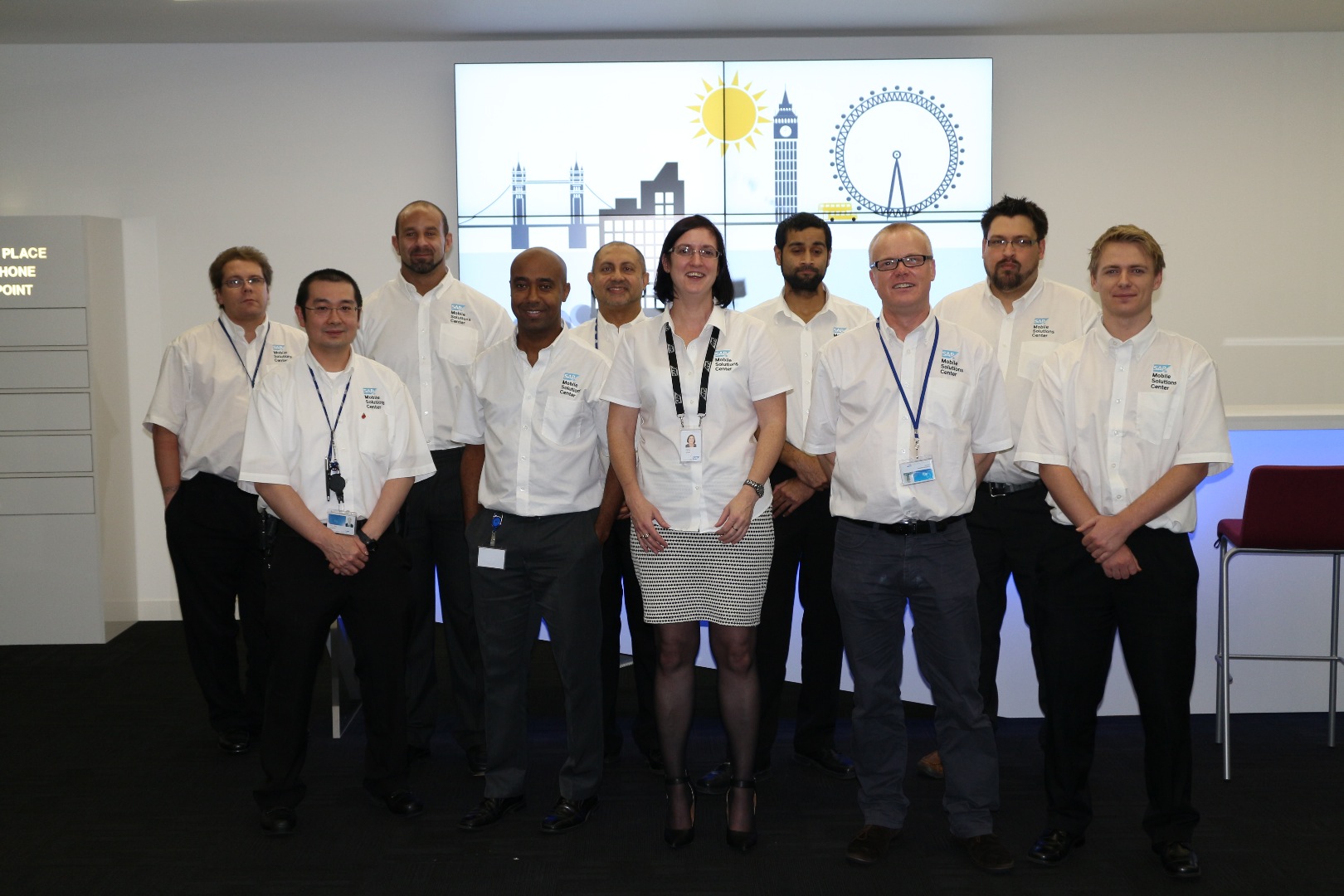 This MSC is really the symbol of the new role IT is playing in this mobility era: an IT visible, flexible, bringing expertise to the business and productivity to the employees! I envy all UK employees to get such a genius IT bar!

Looks amazing! I bet it would even make Tim Cook jealous 😉

Outstanding setup, look and feel to your new MSC. I agree with Nico you have something here to be very proud of to provide such an excellent service to your clients with such a professional approach. This "new Face of IT" is very impressive and something for the rest of the MSC's to copy. Well done. I only hope I can see it in person one day 🙂