My Data geek challenge is based on being a passionate soccer fan who shares the excitement, associated passion and emotion experienced by millions of fans. Talented individuals are the life blood of world football and deserve credit for their achievements.

My Blog showcases these Teams and Individuals who have achieved stardom on the WORLDS BIGGEST STAGE.

By using SAP Lumira and sourcing my simple datasets from

Below are my findings related to the TRUE CHAMPIONS of the FIFA WORLD CUP based on the TEAMS that have WON and Individuals who have gained there rightful place in history.

First up is the WALL OF CHAMPIONS

Team Brazil winners of 5 World Cups occupy most of this Tree Map followed closely by Italy who have won 4 World Cups followed by Germany in 3.

This Tree MAP displays every Team that’ has won the Fifa World Cup between 1930 and 2010. 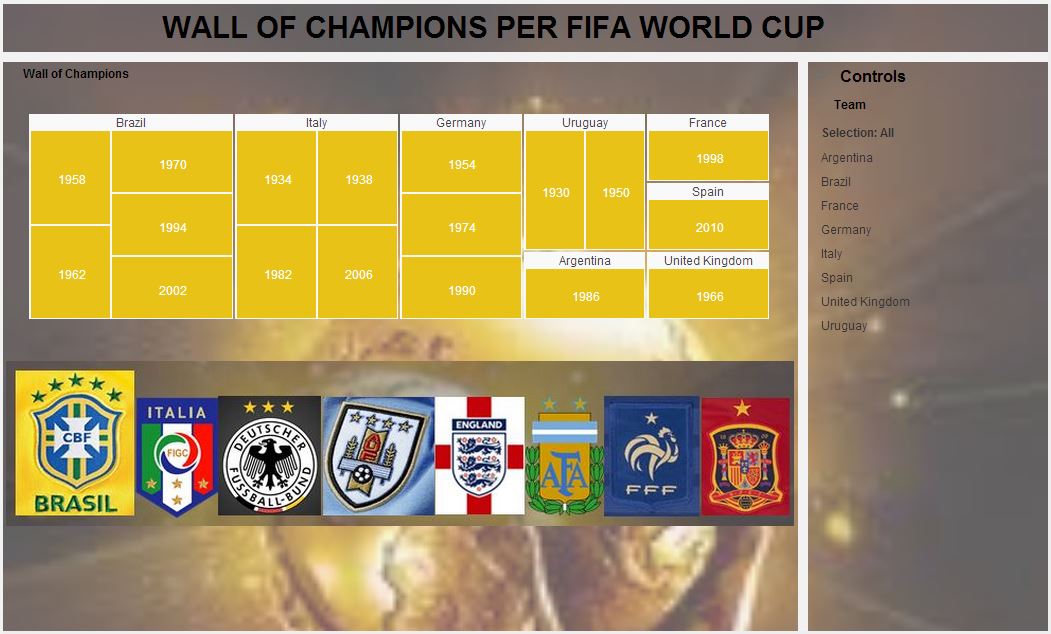 Next we can assess the stats of these CHAMPIONSHIP TEAMS,

A control is inserted for ease of selection and we can see the Year of the World Cup, Host Nation, Number of Matches played, 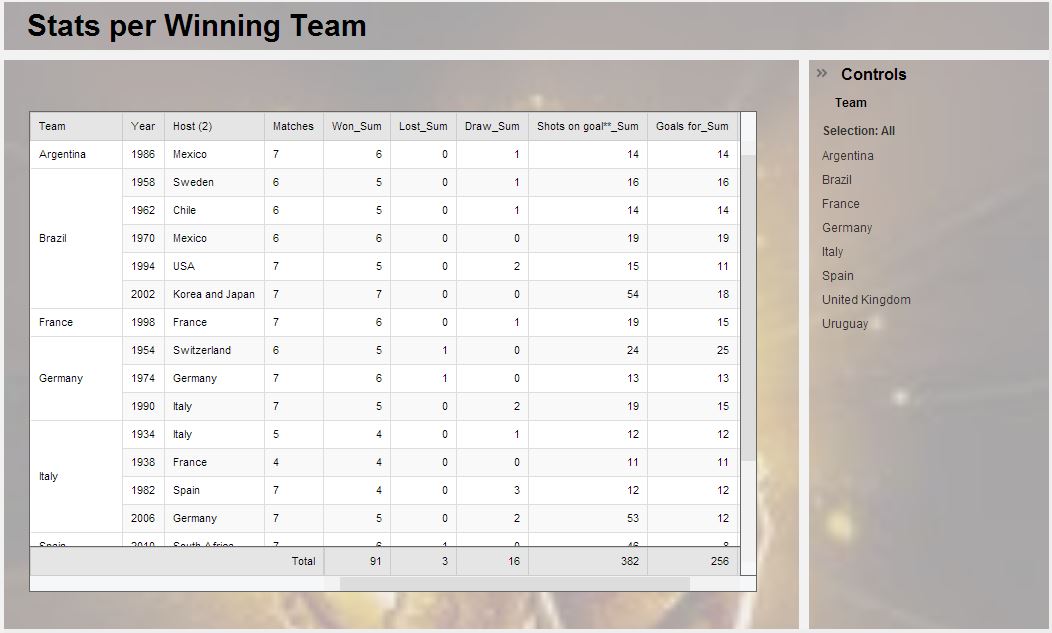 Next we look at the Most games played by a SINGLE PLAYER,

A Chart is used to depict side by side the Number of games played vs Number of World Cups represented.

The leading Individual is Lothar Herbert Matthäus who has played 25 games in 5 World Cups. 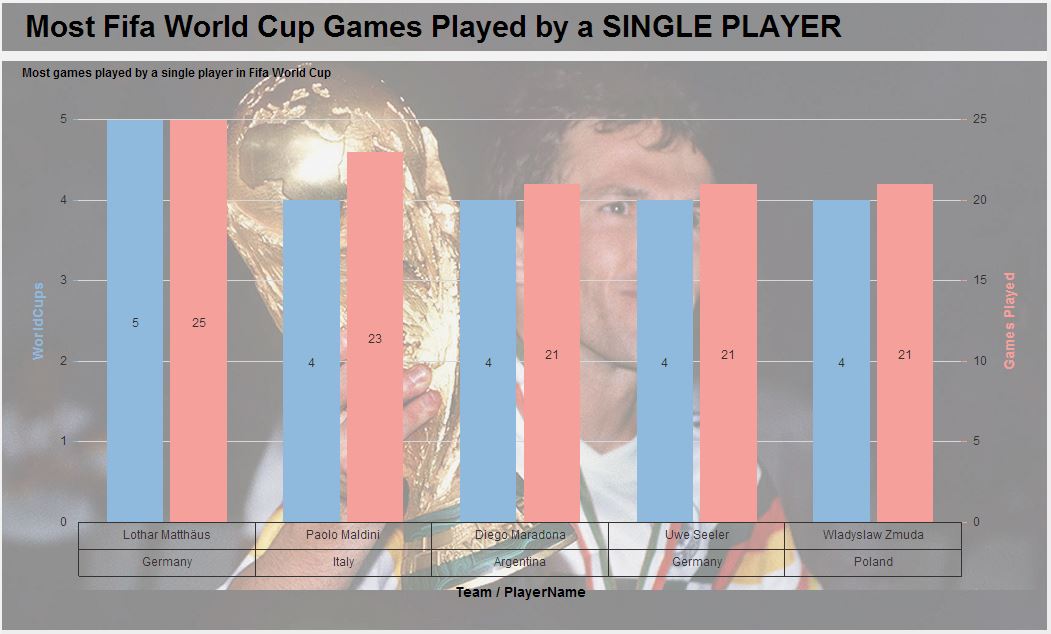 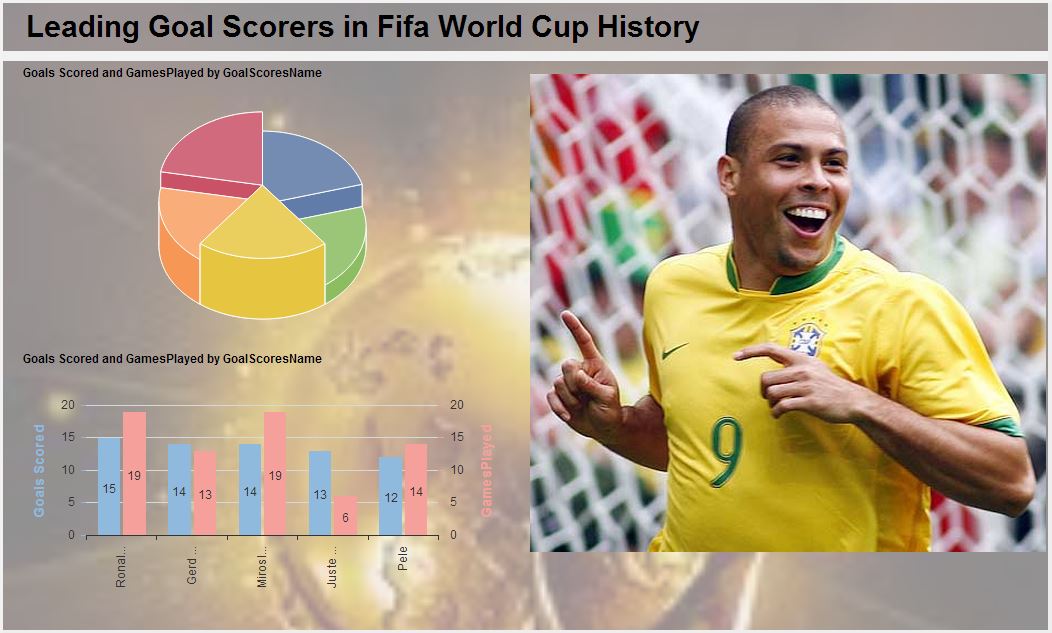 Lastly and once again Brazil Dominate the WORLD STAGE… CAN THEY ? WILL THEY WIN THE NEXT WORLD CUP? 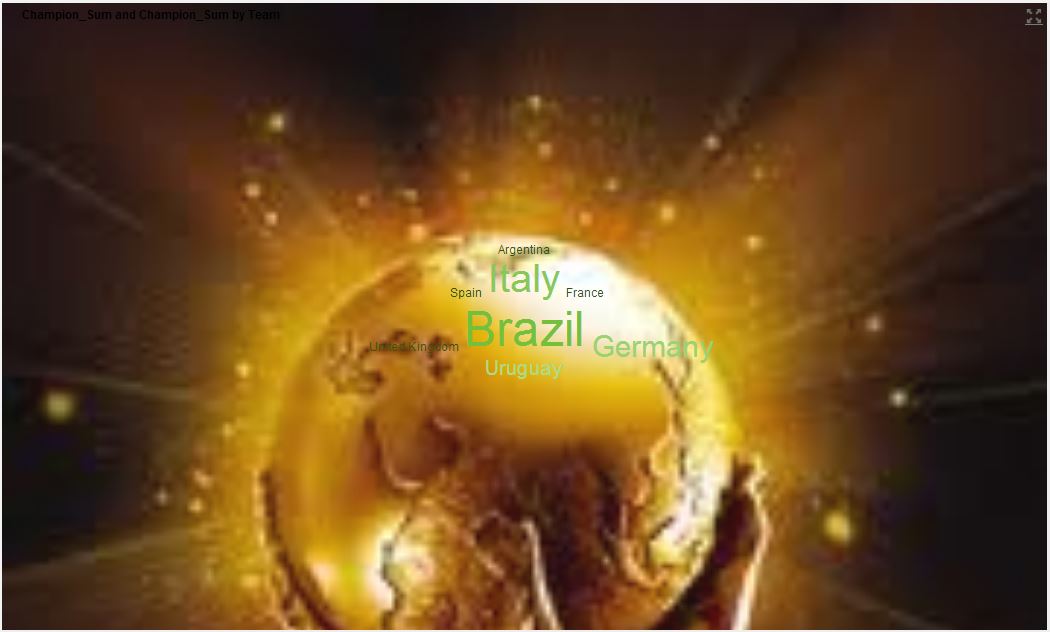