SAP TechEd Las Vegas totally rocked!! For many reasons it was an awesome event and there are multiple great blogs on the topic in the SAP TechEd Space. In those blogs you can read about the funny guest key note speaker, Nate Silver, the mentor sessions, hand-on sessions, Vishal’s keynote and much more. 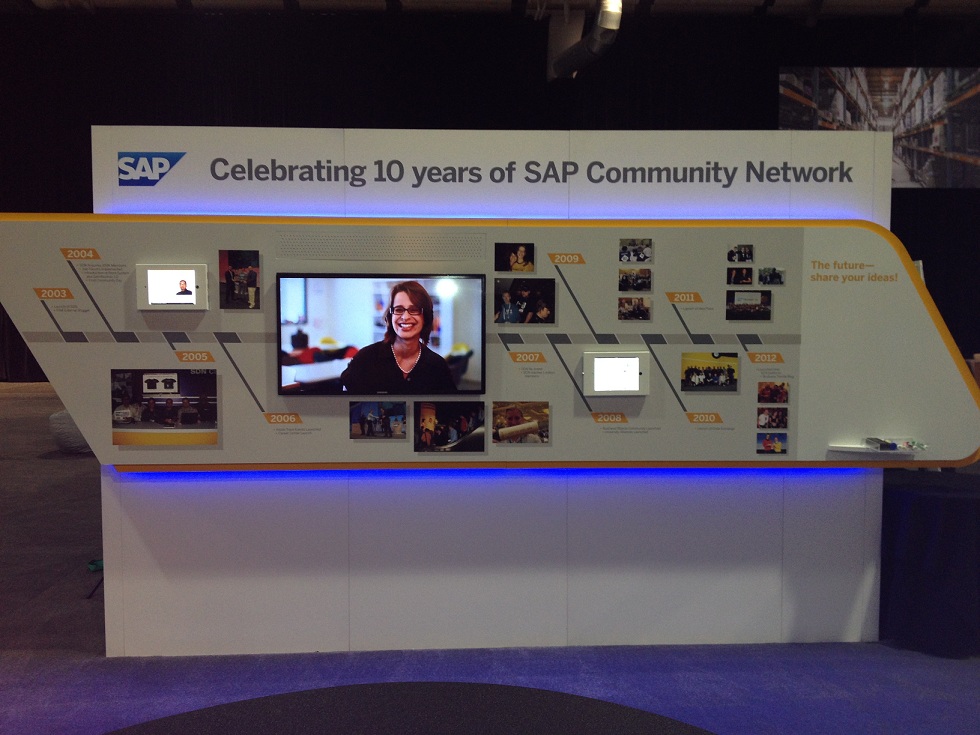 I wanted to stop and take a moment to share one reason it was so special for me, the opportunity to celebrate together in person SCN’s 10th year anniversary! This was arranged in style in multiple ways. For example in the middle of the clubhouse floor was the SCN is 10 wall, where I actually managed to snap a picture of me on the video!

Our community anniversary was truly celebrated Tuesday evening before the Demo Jam. It started with special desserts such as the cupcakes I had with Krysten Bradley (who orchestrated these celebrations, go Krysten!) as seen below… 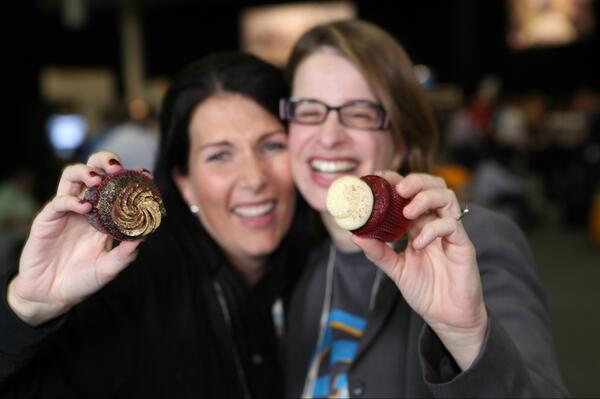 It continued with Chip Rodgers & Maggie Fox on stage calling all SCN team members to help throw #SCNis10 Tshirts to the audience and confetti.

A special favorite was the tshirt cannon expertly ‘handled’ by Patrick Flanders and Maggie!

(see The Joys of Being T-Shirt Cannon Fodder for some nice shots on the topic).

Followed by the awarding of the real founder of SCN to Mark Finnern who came on stage in full Don Finleone persona! Rock on!

As always though, my favorite is the community itself. Celebrating together. The best part of TechEd for me is always seeing old friends, meeting my virtual ones in real life and making new ones! A quick shout out to a few from SAP TechEd Las Vegas 2013 (certainly far from everyone…)

Paul Aschmann,Alexandra Carvalho (still waiting to hear the end of  the story!), The specified item was not found. (who recently joined the SAP Mentor Ranks), Custodio de Oliveira  (can’t believe you were filling out SCN surveys in 2004 😉 ), Luis Felipe Lanz,  Gretchen LindquistMatthias Steiner @renato_silva and so many more!

There were also those whom I’ve known for awhile now but was so happy to meet IRL including Jelena Perfiljeva, Jocelyn Dart, Hannes Kuehnemund, James Oswald and Marcia Walker.

It was an awesome event and I look forwarding to celebrating with our European community next week! Come by the Clubhouse professional headshots booth and say hi, I’ll be there along with Jeanne Carboni, Jason Cao, Oxana Noa Zubarev, Audrey Stevenson and Marilyn Pratt!