Wednesday, October 23… Wow, how to keep up with all this activity?  By now, if you have not used your bathtub, you probably should count on it tonight.  Except that, of course, you CAN’T!  Because Wednesday night is going to be legen….wait for it….dary!  I’ll get back to that.

The  day could have begun with the 5K Fun Run.  I know as soon as it was announced that, A) I would not go, and B) it was going to be a huge hit.  You can view the photos from the Fun Run here, and don’t forget to thank Greg Myers for being the driving force behind it. 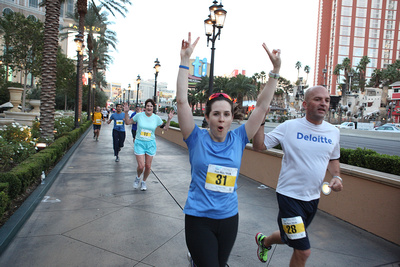 To be frank, the day was a little blurry.  There were plenty of meetings and educational sessions, to be sure.  One that I had as an ABSOLUTE CAN’T MISS was ‘POP160 : SAP NetWeaver BPM ? Build and Run a Simple Business Process End-to-End ‘ except that I did miss it.  I really enjoyed hearing from Mike Golz (SAP Runs SAP) as he talked about how SAP has improved their own running of the business because they are eating their own dog food (or drinking their own Champagne, if you will).

Late in the day, I got a request to participate as a ‘Frequent Flyer’ on SAPLiveTV.  The idea was that there would be someone who was attending SAPTechEd for the first time, and me, who was attending for maybe the 12th time.  Well, if you know me well, you know I am all about getting exposure on TV (not) but I thought it would be interesting to see who this brave first-timer was.  Our interviewer was Maria Squicciarini, and our n00b was Patrick Mennig.  He is a German university student who WON the trip to Las Vegas to attend SAPTechEd!  I hope his lucky streak extended to the rest of the week at the gaming tables. 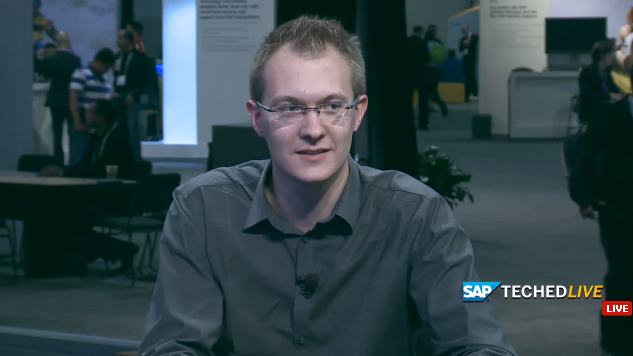 You can watch the interview here.

Right as the interview was getting over, there were some interesting sounds coming from across the show floor.  Interesting, like tuning up, drums banging, and then it turned into actual music!  Yep, it was our friends, the SAP Jam band, a bunch of SCN’ers with some musical talent (or not, I am not one to judge) who work very hard in the months leading up to TechEd to bring a little joy and music into our lives.  I am afraid that copyright regulations prevent me from listing the songs, but I do need to give a tip of the hat to Mark Finnern, Matt Harding, Alisdair Templeton, Gretchen Lindquist.  Also, Christopher Solomon has put a bootleg version of something out here.  One of my personal favorites was seeing Aiaz Kazi getting his groove on singing with the band.

Then there was a special treat to those lucky enough to be invited… Marilyn Pratt who is always known for pushing the envelope, encouraging us to think differently, was hosting a Failfare, and I was one of  the lucky attendees.  I admit right here and now that this was a pretty scary thing! Owning up to your failures?  In a group of people? At a professional conference?  That is scary.

What was not scary was that the event was emceed by the one and only Marcia Walker, and there were some excellent panelists who were also willing (actually, as panelists, I think they were obligated) to talk about failure.

I can’t do it justice here.  We played some failure bingo, we had exercises in which we were encouraged to share how certain failures felt, and how they really WERE.  And how the language around failures can be modified so that it is not such a full-on panic inducing event.

Here’s a sample of Failure Bingo. 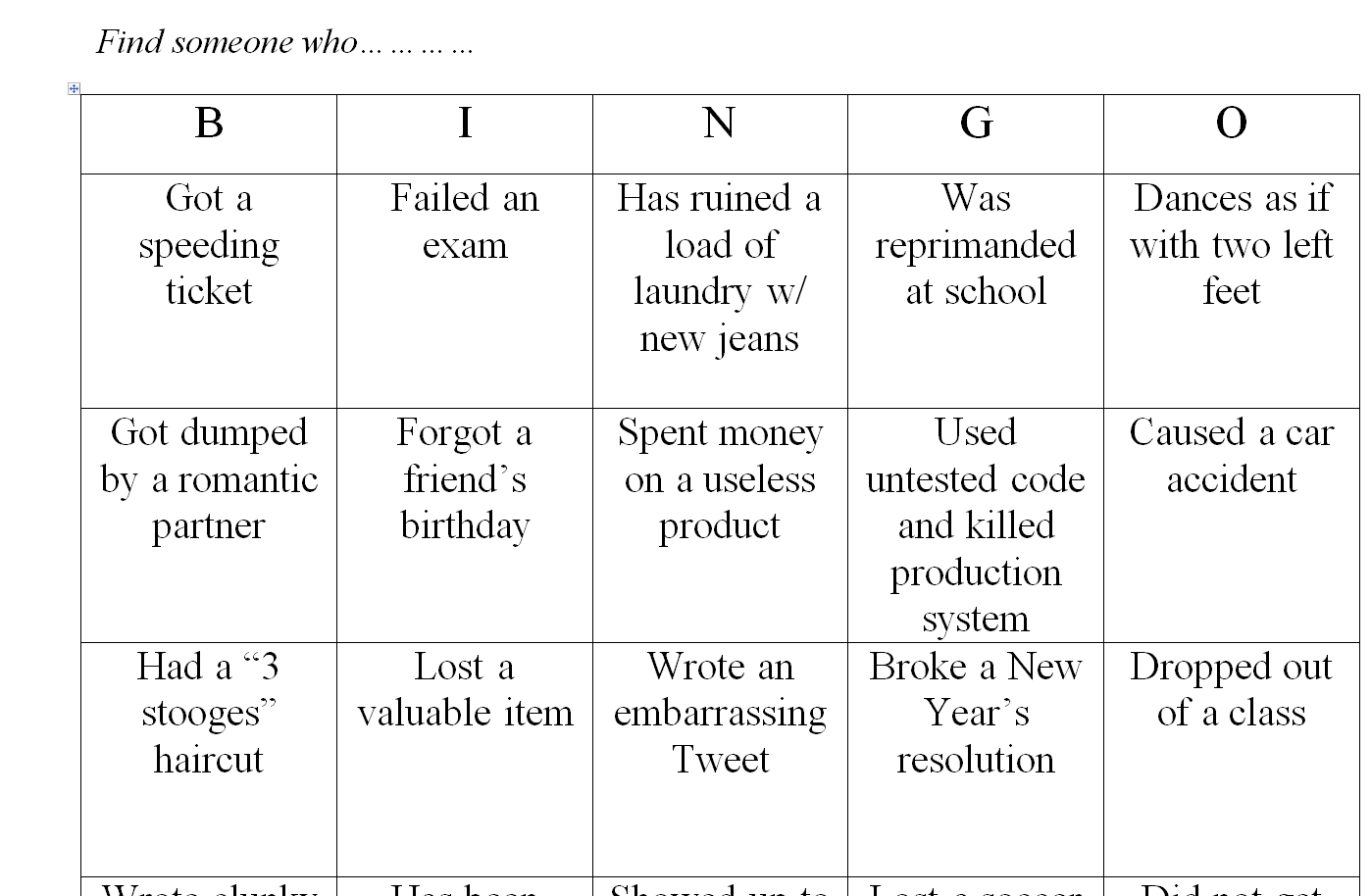 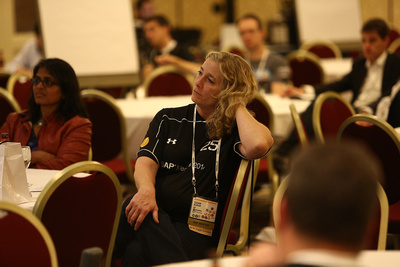 This event went until about 10:30, and I knew I had a big day ahead of me the next day, so I politely declined to stay out and talk about Failure and went quietly to my room.  And my bathtub.  That’s the kind of rapport I established with it, I envision that tub resenting the next person who uses it because it’s NOT me.

you missed out on an excellent session indeed! POP160 rocked! 😆

Well deserved being put in bold in your blog post! 😉

Well, I am sure it rocked.  That was my must-be-at session, and real life interfered.

I'd happily come to AMS to attend - but I burned my travel budget.   <sigh>