On October 18th bridgingIT hosted its third SAP CodeJam. After two events in Stuttgart, we now hosted a CodeJam about ABAP on HANA in our Frankfurt office.

Four SAP experts and 16 motivated participants met there. After a short introduction about SAP HANA and the new tooling (SAP HANA Studio and ABAP in Eclipse), the participants started to work on the exercises. At least almost all participants, some struggled on getting the Eclipse-based tooling installed. The reasons for this where e.g. the OS (in this case MacOS) or the wrong Eclipse version for the installed Java version (64 bit vs. 32 bit). Installing a SAP GUI and open SE80 was so easy 😉 But as we had a very good ratio of experts to participants we could solve almost all issues (only the MacBook could not be convinced to run the tooling).

I really like the idea of providing ABAP and SAP tools based on the most common IDE framework, but there is still some room for improvement. E.g. there were some strange effects which might be caused by some conflicts between the ABAP tooling and the HANA Studio which forced me to restart the IDE several times. Also the response time of the code completion was a bit slower than the code completion in SE80. But probably this could also be caused by the network connection. We all used ABAP systems on AWS and we all used the same internet connection. 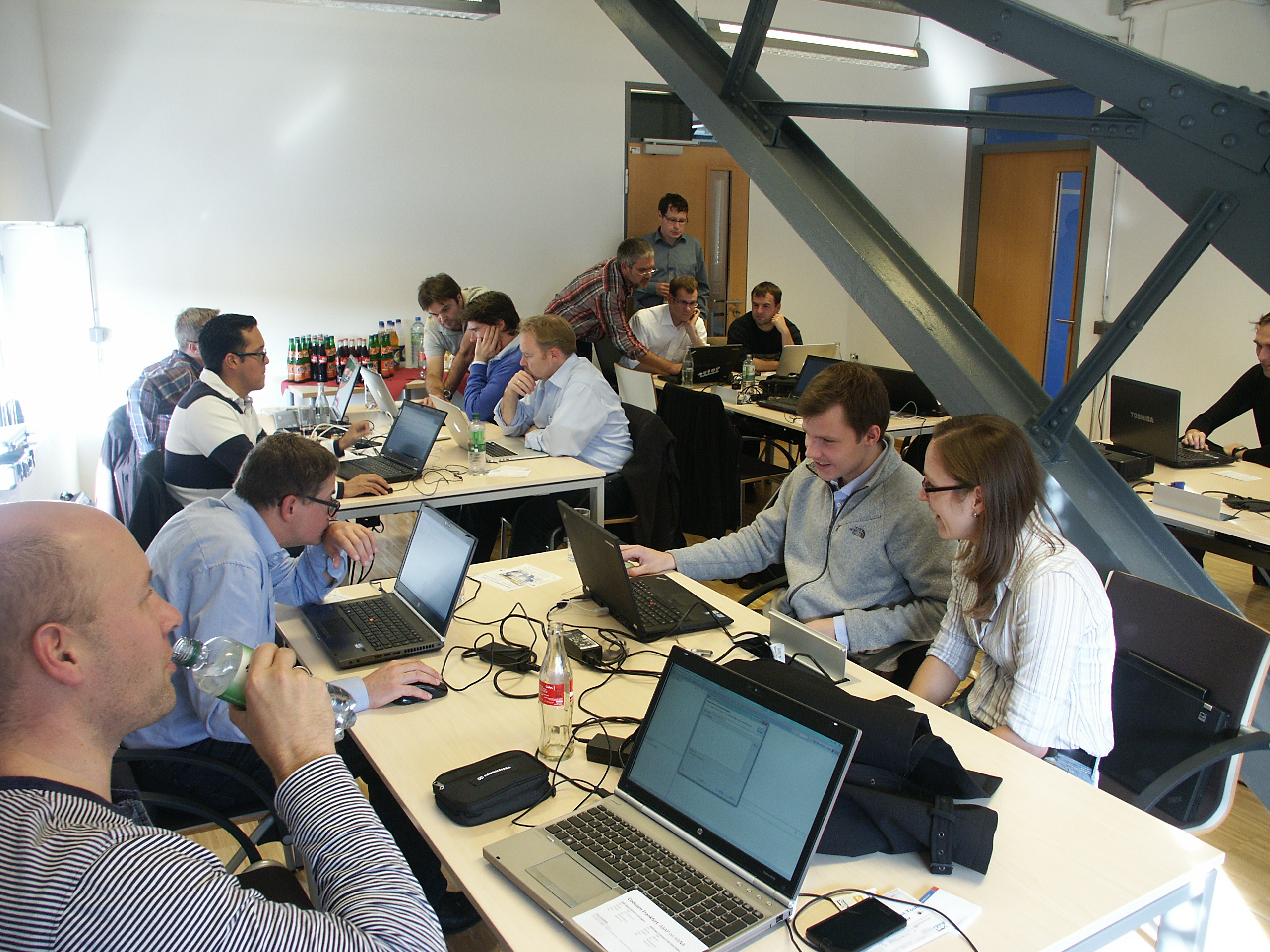 The exercises were a mix between data modelling in HANA Studio and consumption in ABAP. As you might expect, for the data modelling part an ABAP developer has to recall his rusty SQL skills. But even for the ABAP part more SQL is needed with HANA. Because you want to use the power of the database you develop native SQL and do the so called “code push down” (meaning pushing the logic from the ABAP AS to the database). So with HANA using native SQL in ABAP is not evil anymore 😉 .

Due to some organizing and networking stuff 😉 , I couldn’t finish all the exercises. But with the material provided on SCN and the possibility of getting a HANA instance on Amazon Web Services I can improve my ABAP on HANA skills on my own. And if I will face some problems, I can maybe ask some of the participants…

To sum it up, it was another cool learning and community event in a really relaxed atmosphere and for me the starting point into the new ABAP on HANA world. Thanks to all the other participants and the experts from SAP. 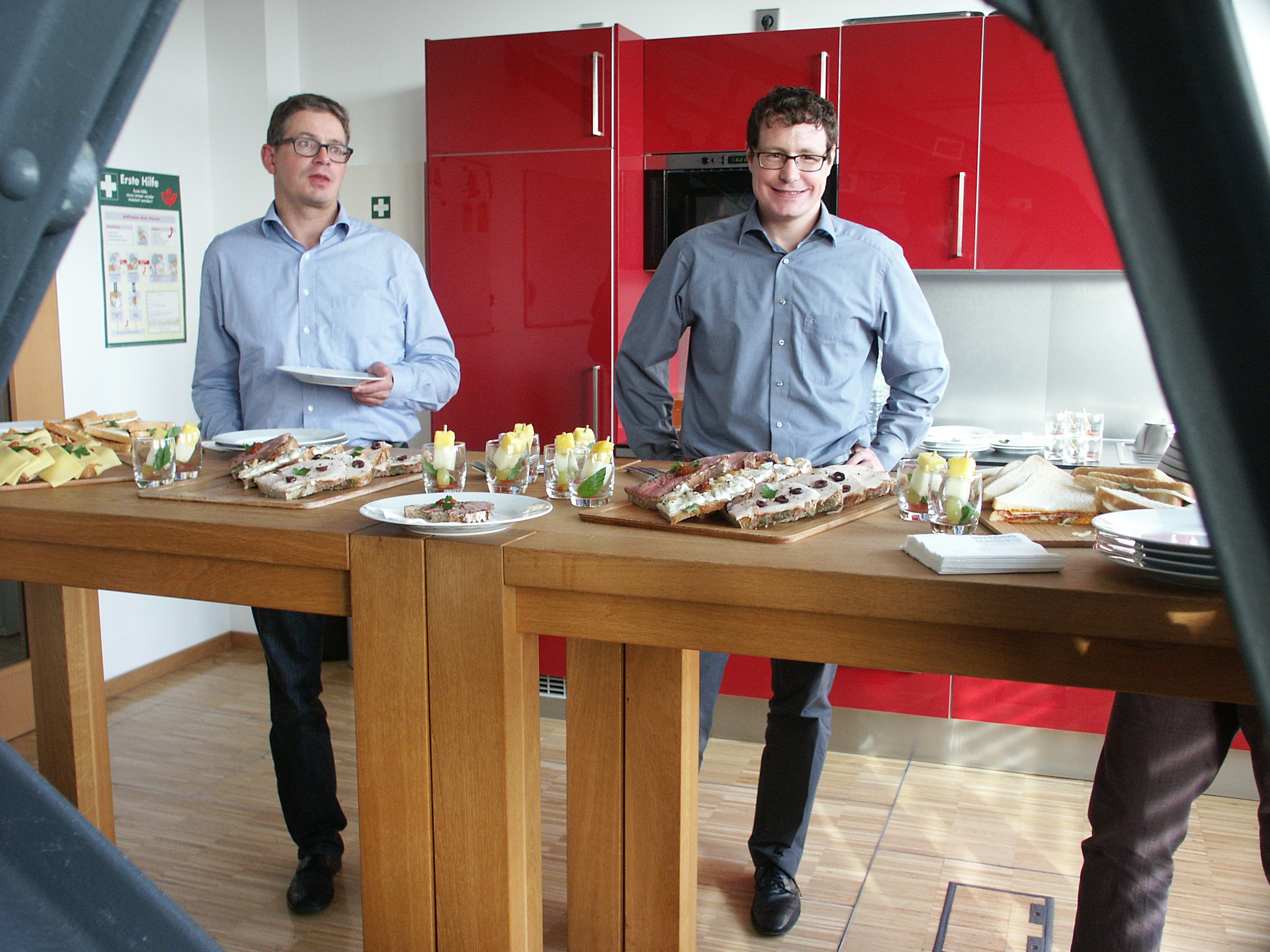 very nice recap of the event. I was on holidays back in October and didn't even notice the Code Jam until it was already over.. would have loved to join.

Togehter with the two Christans - Christian Buckowitz and Christian Braukmueller -  we had some discussions on organizing a SAPUI5 Code Jam in Frankfurt. And here it is: SAP CodeJam in Frankfurt a.M. (Germany)  Dec,9th 2013

The organizer's hat for this one sits on Christian Buckowitz head and the company his working for will thankfully sponser the event.

Would be great to see som of you guys there! And maybe we can join forces in the future to get some more events organized from and for the SAP Frankfurt / Rhein-Main community.