What Happens in Vegas…

… does not stay in Vegas when it comes to SAP NetWeaver Gateway.

Since I joined the SAP NetWeaver Gateway team, SAP TechEd 2013 in Las Vegas was my first opportunity to represent SAP NetWeaver Gateway at a large event as well as to meet many, many customers and partners. Knowing of all the great announcements around SAP NetWeaver Gateway and all the effort that has been put into preparing TechEd I was very excited and couldn’t wait for TechEd to start so that my colleagues and I could finally share with you what we have been up to the last couple of month.

As usual Dr. Vishal Sikka kicked off TechEd with a fantastic keynote and he helped us a lot by not only mentioning SAP NetWeaver Gateway but by positioning it as the technology to liberate SAP data via OData across the board on premise and in the cloud: 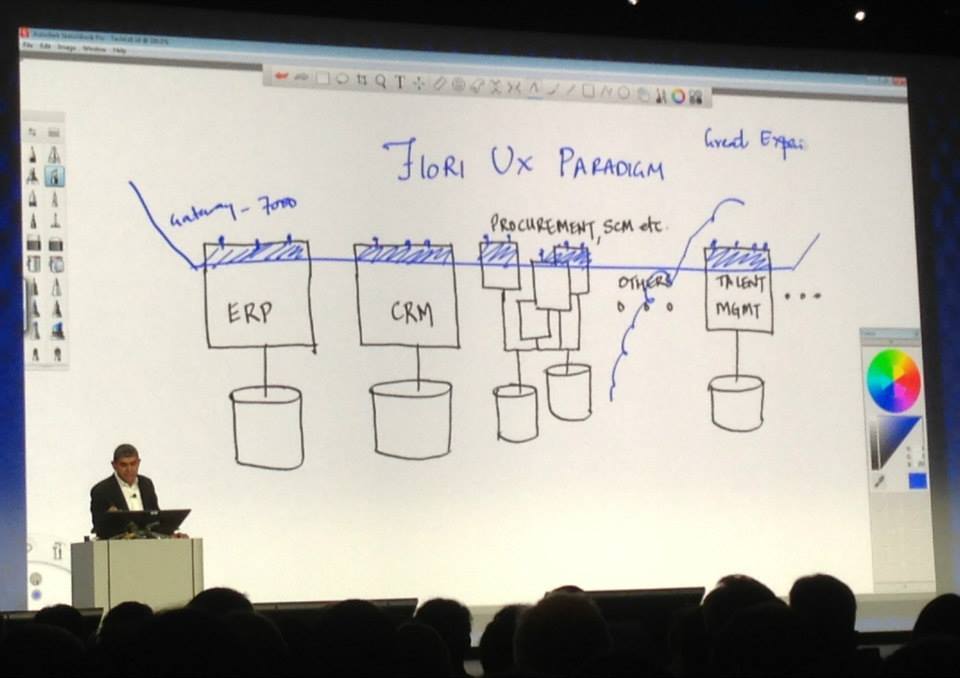 In addition to the announcements, the onsite team delivered within 3 days a total of 33h of lectures, roadmap-, speaker-, network- and hands-on sessions and all of them were packed. But that was not all: The onsite team conducted a customer roundtable that was so packed that some customers couldn’t get a seat. The team conducted numerous show floor interviews as well as two studio interviews and I was interviewed by the Mobile social media team on the topic of SMP 3.0 and SAP NetWeaver Gateway. Last but not least we had ~150 customers and partners show up at our pod as well as 8 dedicated customer/partner meetings.

In addition I would like to thank all colleagues from Product Management, CPS and Engineering who could not be in Las Vegas but helped us tremendously in preparing, as well as covering the event via social media: Martin Bachmann, Holger Bruchelt, Balakrishna Gottipati, Agnes DiMayuga, Jenny Lundberg, Thomas Meigen, Ella Morgulis, Peter Ng, Keren Rotenberg, Neha Sondhi and many more.

Finally, I would like to quote the famous German football coach Sepp Herberger who said: “After TechEd is before TechEd.” 😀

Although I won’t be in Amsterdam I can assure that you will be in great hands with the SAP NetWeaver Gateway onsite team there.