Assumption is, reader is aware of basic integration concepts of different modules in SAP.

As different SAP modules are closely integrated, reconciliation is one of the most important and critical period end activity in Financial reporting.

Usually, reconciliation is done as part of the month end closure process.

In this blog, I would explain how to do SD-FI-COPA reconciliation and find without running through configurations.

SD-COPA and SD-FI are tightly integrated in SAP. As you all know, below is the integration of SD-FI-COPA. 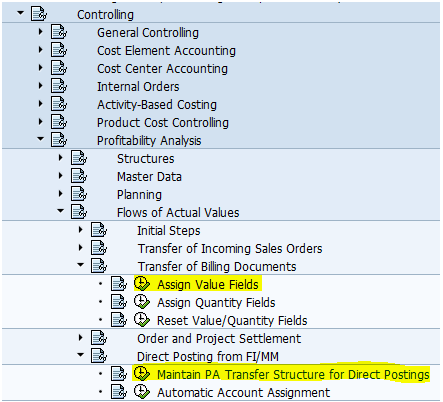 In an usual production scenario, amount/quantity fields updated in SD/FI/MM are immediately flown to COPA as well. Sometimes, users face the issues due to mismatch of the figures shown between SD-COPA and SD-FI. The reports used here might be standalone reports of respective module.

As the number of documents posted in a live production system is quite high and one value field might receive the data from multiple sources from SD/FI/MM, It is really tough to dig back to particular document which is causing the mismatch.

But, SAP folks are well thought of this critical activity at earlier stages of the design and t-code KEAT was delivered for this 🙂 .

Let us see how to find if there are any reconciliation differences exist and if exist, which documents are causing such difference. Below is the sample output of the report

Output show the values recorded in SD, FI, PCA and COPA for each value field and respective delta values between the modules.

Even though SD-FI-COPA integration happens on real time basis, sometimes it is possible that minor differences arises due to various reasons.

One common reason is due to different currencies of company code and controlling area. Minor exchange rate/rounding differences occurs between

SD-FI-COPA. Some times, values in SD itself may not flow to FI/COPA.

Clicking on the delta value in red shows the list of documents which are causing this difference.

Thanks for reading this blog and feed back.

Really useful one. Thanks for sharing Vinod.

Integration is always important...... Keep up the good work 🙂

Working on part 2 as well.

good vinod can you please  send me copa configuration document if you have.

Don't have any document for COPA config. But, definitely I will share what ever little knowledge I have in COPA.

Many more documents on the way... 😉

Good job and it is really useful doc. Thanks for sharing this.

Query : Please publish the post on reconciliation between Bank transactions and Payments made through f-53 and Fch5....

Very nice document thanks for sharing.

I will try to work on bank recon as well.

Thanks for sharing very nice information..

Appreciate your effort and thanks for sharing.

Keep up the good work

Thanks for sharing nice documents.

Thanks Sampat. Happy to see this content is helping many people here 🙂

Great document! Thanks for sharing with us!

Good job.  Thanks for sharing 🙂

Good document. Thanks for sharing.

Thanks a lot Priya 🙂

Thanks Vinod for sharing your knowledge.

I have one doubt please clarify.

Normally sales order is created as a cost object scenario qty, revenue,cogs and other values will flow to copa at the time of sales order settlement and this values updated in record type 'C'. In this case reconciliation is possible? I don't have that much knowledge in reconciliation please give me a clarification.

I couldn't test this in my system as we don't have sales order as cost object. But, you can try t-code KEAI.  Sales order can be entered in selection screen and select record type as C. Please let me know if this serves the purpose 🙂

Good document...Thanks for sharing the knowledge....

Thanks for sharing, useful one.

Integration is always important...... Keep up the good work

This is very inspiring. thank you for taking the time to describe and make it available to us all. 🙂

Thank you for sharing, you have a great writing style and I'm sure I'll check all your blogs