As the previous years, the International Focus Group for PI (IFG for PI) performed its annual survey for SAP NetWeaver PI. The survey was scheduled from May till August 2013 and was open for all users and companies using SAP NetWeaver PI, PO or XI as an integration platform. The survey contained 21 general questions and 9 questions about this year’s focus topic B2B and EDI.

Many thanks to all of the 539 participants from over 20 different user groups that replied to our survey! With your help the number of participants more than doubled compared to last year.

The results are published in two separate blogs. This first one covers the general questions which have remained the same as in the previous years. The second blog Results of the global NetWeaver PI Survey 2013 (Part 2 of 2) shows the results of the focus topic B2B and EDI. The complete survey results are forwarded to all participants who have included their email address in the survey registration. 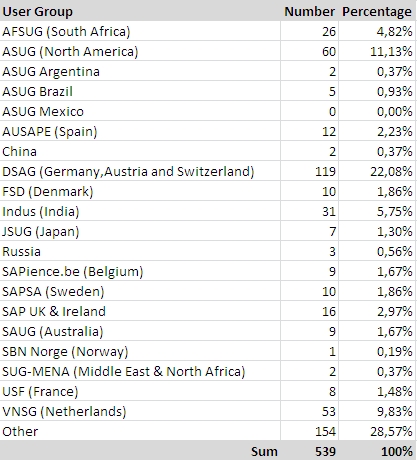 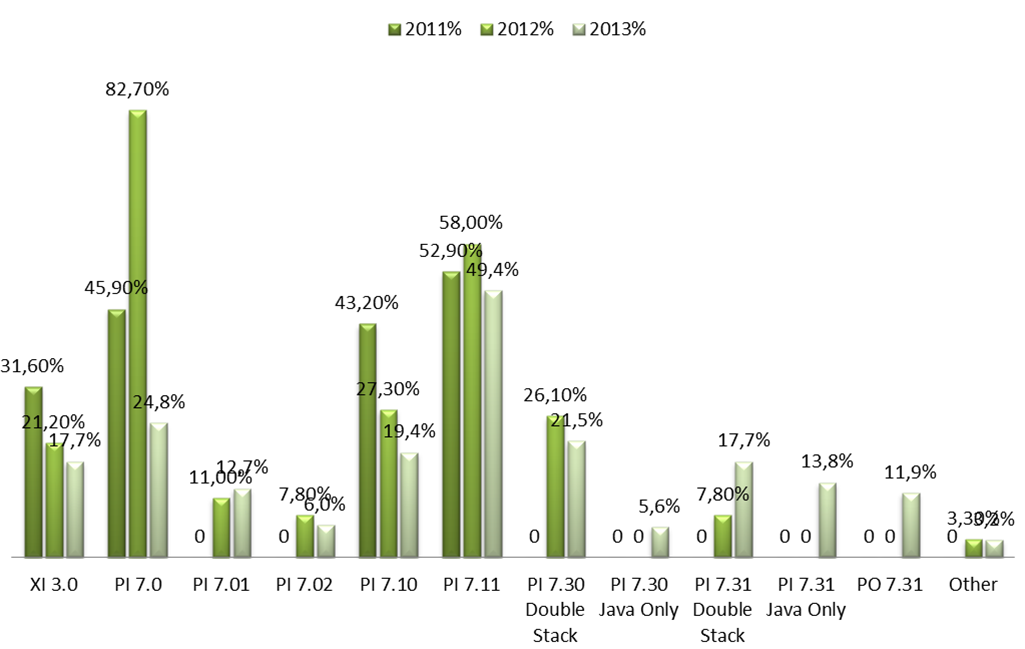 A very interesting development is here the significant drop of release 7.0. The latest PI and PO releases have already gained a good implementation rate, while PI 7.11 has still the largest market share. 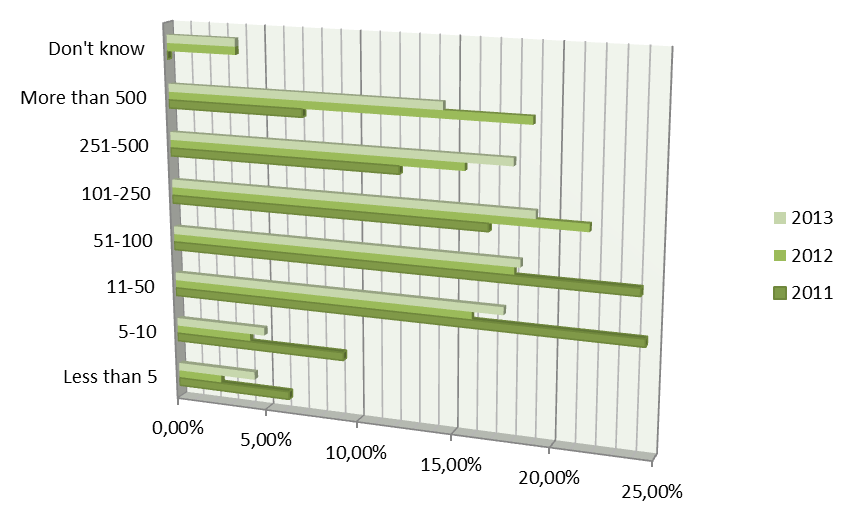 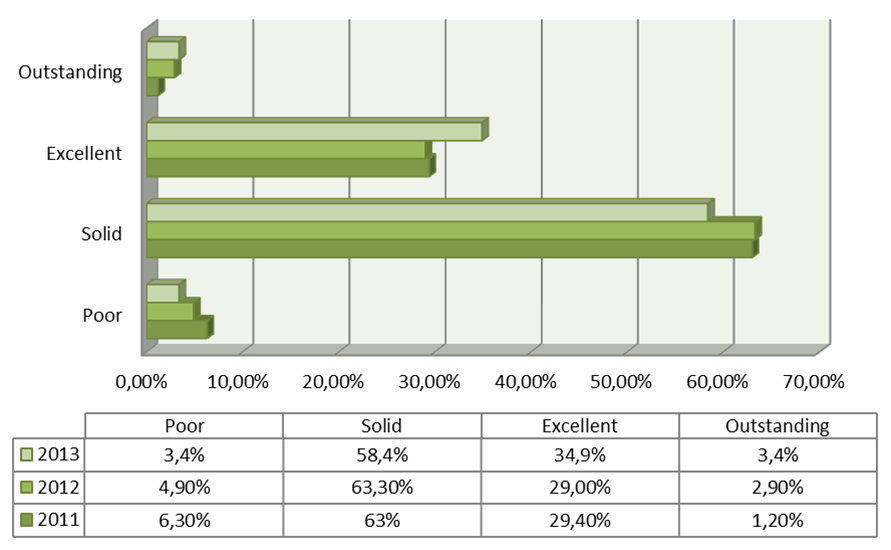 Good news is that the very positive feedback and trend in regards to system performance was also confirmed in 2013. 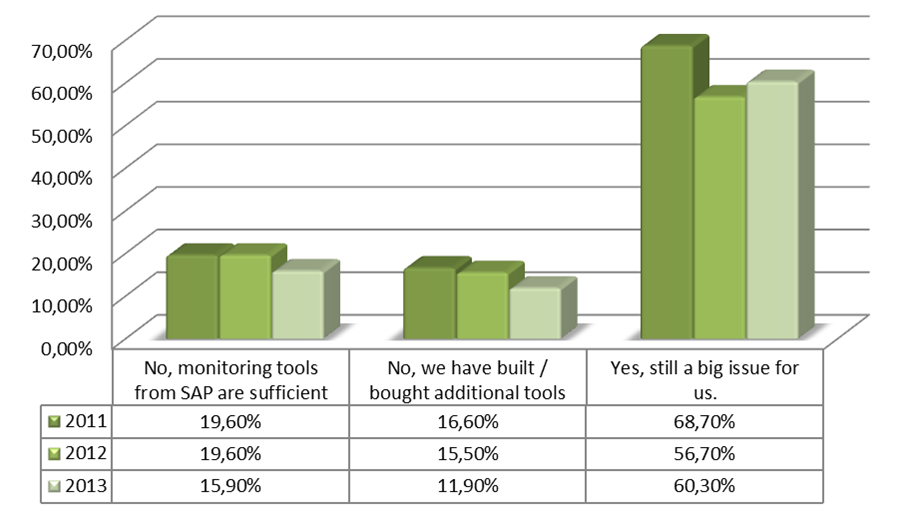 Plans to use central PI monitoring on SAP Solution Manager:

A very interesting outcome of the survey is that the implementation rate of the central PI monitoring via SAP Solution Manager has only reached 15% so far, but 40% have contrete implementation plans.

The general question regards to pain points confirms that performance and stability is no critical issue for most of the companies, while end-to-end monitoring remains at a constantly high level. To address this topic, the IFG plans to offer additional webinars for local and central PI monitoring to spread the knowledge about current and upcoming monitoring functionality within the user community. Apart from that we also plan to organize feedback sessions in some local user groups to have detailed discussions with the SAP product development about concrete functional requirements in this area.

Stay tuned for part two of the survey results to be published in November.