How to Become a Customer-Centric Company

The customer is no longer king – he is much, much more

For too long, businesses have pretended to be customer focused. They can no longer isolate customers, hide the truth, or pump out “new and improved” widgets that improve nothing but profit margins.

The game has changed

Customers today don’t even want to be kings, they want to be happy. They want to be informed, involved, and respected. They want freedom of choice. They expect transactions to be quick, accurate, and easy. And they believe that innovation, sustainability, and quality should come along with a fair price.

Customers are also doing and giving more than ever before. They are willing to take on tasks and provide personal information to a business if means they get better products and services in return.  From online banking, to self check-in at the airport and self check-out at the grocery store, customers are willing to absorb more work because it beats waiting in line.

And through mainstream social networks and mobile apps, customers are giving companies detailed information about themselves, providing lots of useful feedback and ideas on products and services, and becoming powerful brand marketers – all for free. 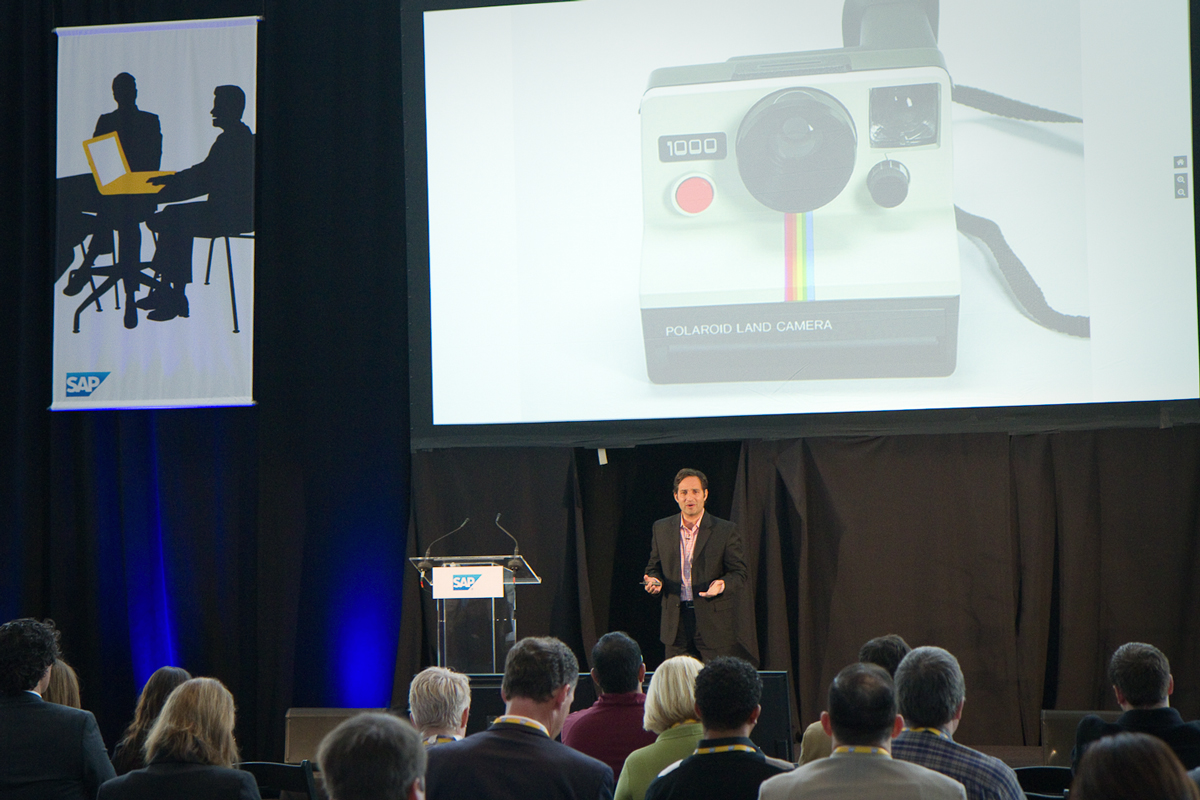 Josh Linkner, “Shed the past or else …”

At the Conversations on the Future of Business event held at Metlife Stadium, Josh Linkner, founder and CEO of Detroit Venture Partners and author of Disciplined Dreaming, led a session called ‘The Customer-Centric Company.’

Linkner believes that staying close to the customer is critical to the success of any business. To show the impact customer-centricity can have on a business, he told the story of Umpqua Bank. When Ray Davis, president and CEO, took over Umpqua in 1994 he turned the bank’s thinking upside down. Before Davis arrived, the bank was set up to run the way the bankers wanted it to run. Davis examined the bank from the customer’s perspective and reimagined the retail banking experience altogether.

Over the next few years Umpqua opened revolutionary retail-oriented stores that looked more like warm and welcoming lounges and social spaces than banks. Umpqua offered customers everything from movie nights to yoga classes to investing basics. It even launched an Umpqua ice-cream truck for community kids. Davis’s customer-centric approach has grown the bank from 6 to 200 branches and over $11 billion in assets, making it a regular showcase on the Forbes list of best banks.

A customer-centric business continuously examines itself from the outside in, the way its customers and competitors do. Many companies, especially the large ones, are so focused on internal “priorities” they lose sight of what is going on around them.

“Companies get intoxicated by success,” said Linkner. The logos of RIM, Kodak, Circuit City, Polaroid and other such dinosaurs loomed on the screen as he spoke. All were dominant players in their day. All lost focus on their customers and what made them successful in the first place. “Companies get so caught up with building structure and controlling resources they miss opportunities to innovate where needed,” said Linkner. This opens the door for others to steal market share or take over completely.

Linkner highlighted Dollar Shave Club as a perfect example. Not many people would try to take on shave industry giant Gillette, which controls about two-thirds of the $12.8 billion global market for men’s razors and blades. But Dollar Shave Club founder and Chief Executive Michael Dubin thought otherwise. He launched his company on a shoestring budget and produced a funny and personable marketing video, starring himself, to gain exposure. Within weeks the video went viral on YouTube and he had tens of thousands of customers on his hands.

Essentially, Dubin created a business overnight, selling a commodity in a saturated marked. He did it by connecting with men in a new and engaging way and stole $60M dollars of business a year right out from under Gillette’s nose. “If that type of disruption can happen to Gillette, all companies are vulnerable,” said Linkner. 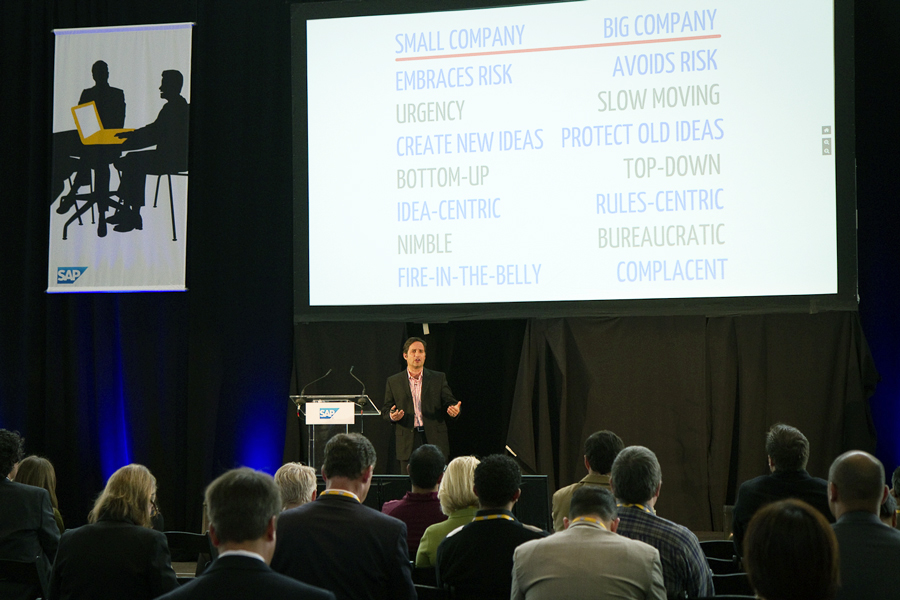 Your customers are people

Linkner summed up the customer-centric discussion very well with a story about Dove. He said beauty brand marketing is pretty formulaic. Most brands hire a model or celebrity, take photos, doctor them up on the computer, and run a bunch of expensive print ad campaigns. But Dove feels this represents an unrealistic standard of beauty and adversely impacts the self-esteem of women, so it went in the opposite direction. Dove’s Real Beauty Campaign and renowned short film Evolution celebrated inner beauty and real women. It exposed the underside of the beauty industry and made competitors look like imposters.

Linkner noted it was a risky move for Dove, but the Evolution video went viral on YouTube and was seen by millions of people around the world before it was released in an official campaign. As a result, Dove shifted its entire marketing strategy in that direction and sales soared. “This went on to become one of the most successful and prolific ad campaigns in history,” said Linkner. “And it wasn’t because they did what everyone else was doing, but because they connected with the real customer and went in the opposite direction.”

Customer-centricity is more important than ever to the success of a business. So stop treating customers like kings and start engaging them like people.

What do you think it takes be customer-centric? Continue the conversation on the Future of Business here

Millennial Engagement Dominates SAP’s “Conversations on the Future of Business”