Yesterday I attended the World Premiere of Design Studio 1.2 at TechEd.  This is part of the “share the knowledge” tour. 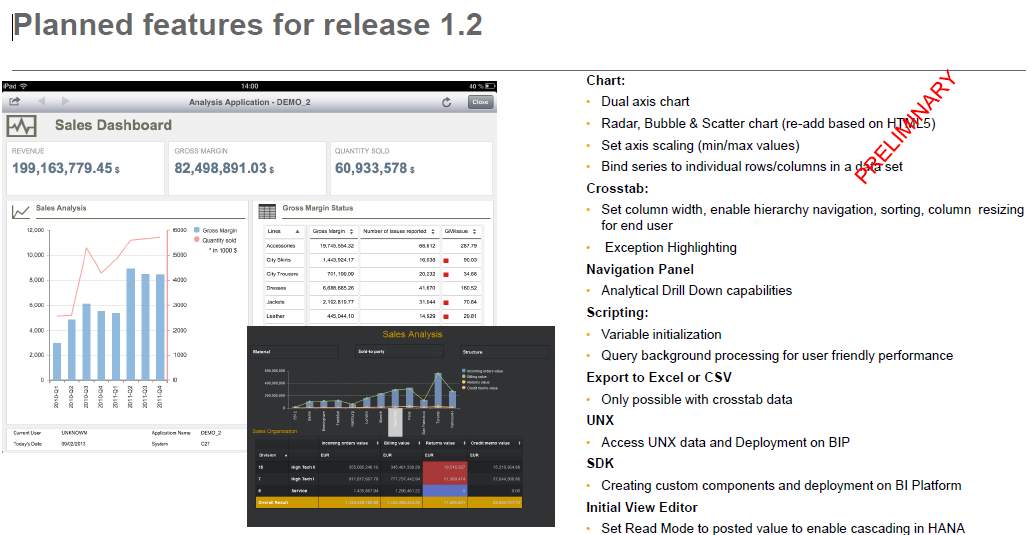 Figure 1 shows an added navigation panel that allows users to filter and data drilldown and export to Excel.

Planned for release 1.3 is the export to PowerPoint. 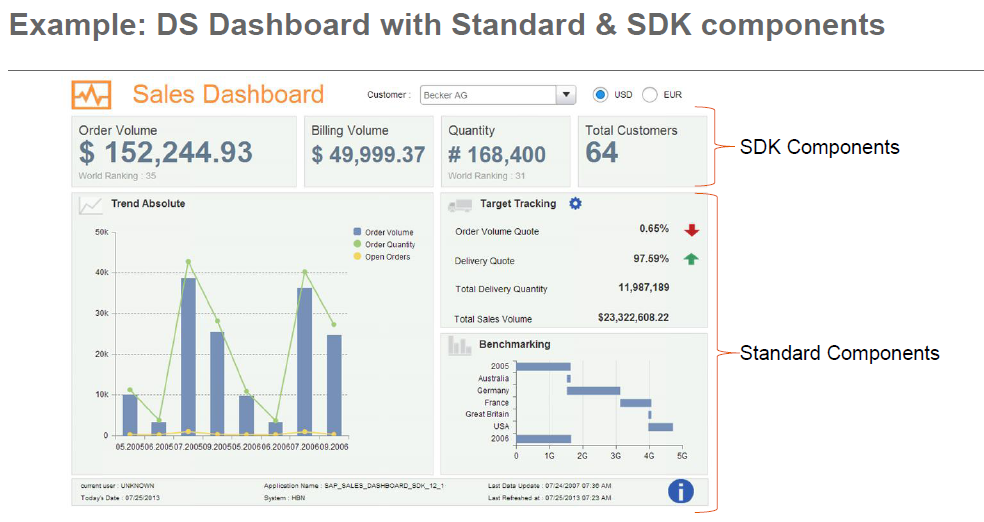 Figure 2 covers the new SDK, planned to be released with Design Studio 1.2 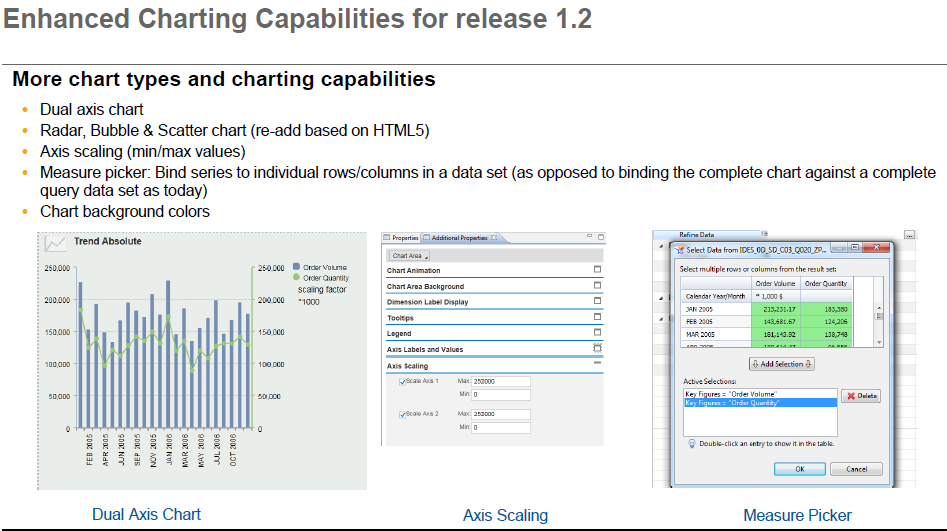 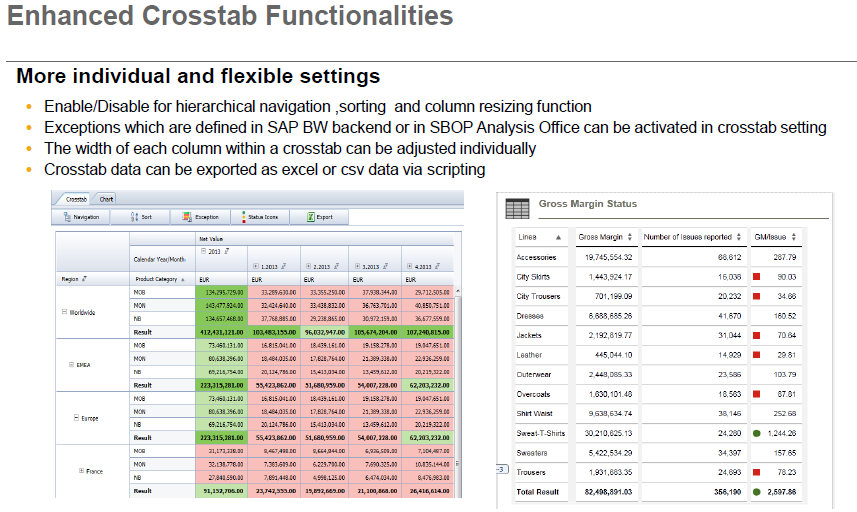 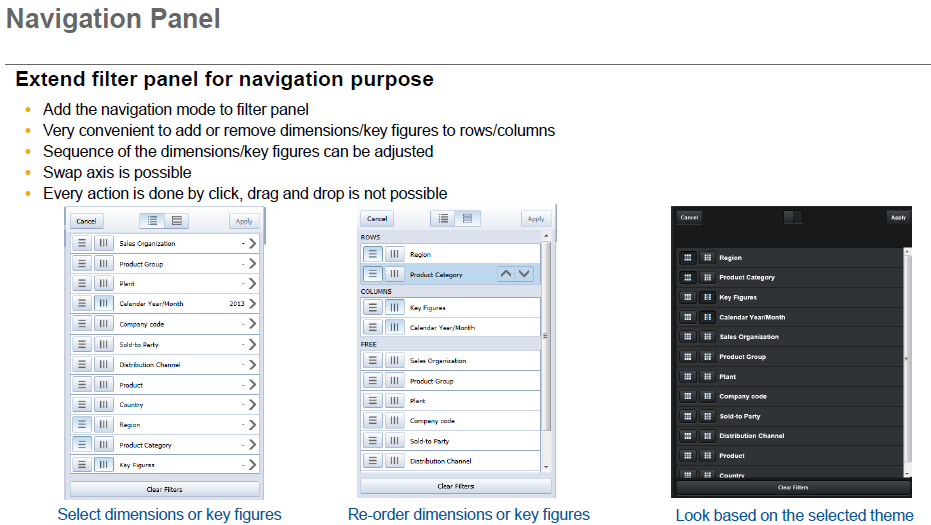 Figure 5 shows the new Navigation Panel, allowing you to filter and navigate in Design Studio. The added navigation panel allows users to filter and drilldown data. 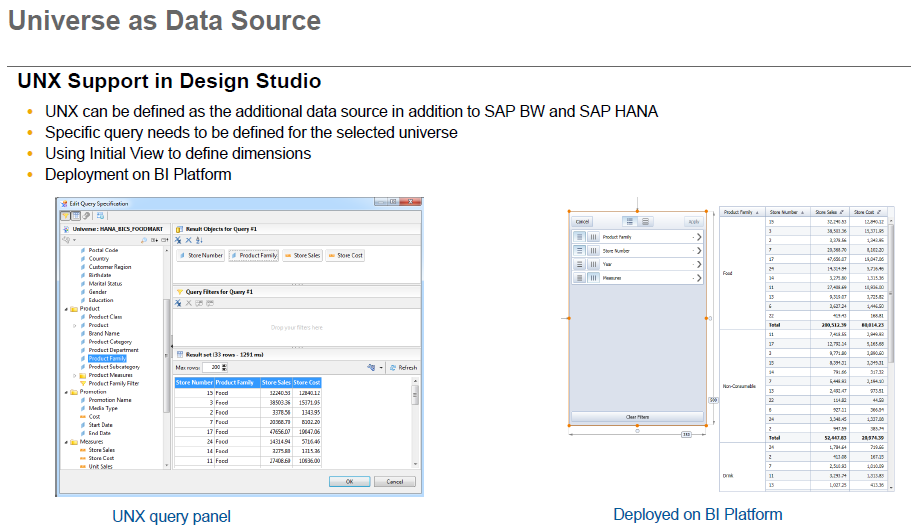 Design Studio 1.2 will support .UNX as a data source. 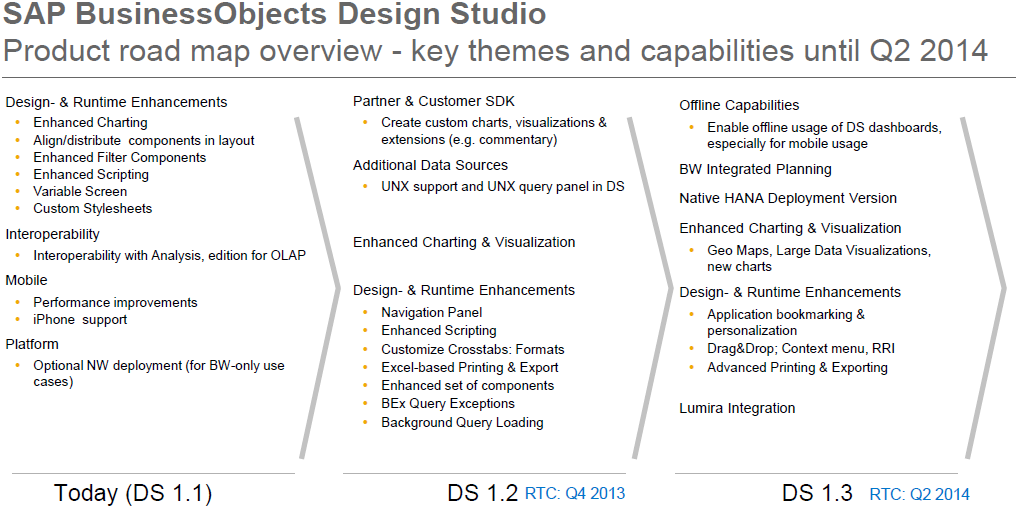 Figure 7 shows the planned roadmap (subject to change) that shows the Background Query Loading which will improve performance.

Design Studio 1.3 is planned to have offline capabilities for Mobile

Planned for 1.3 is the HANA deployment – use Design Studio on HANA – without a BI Platform or Netweaver

Also planned for 1.3 is the BEx: Drag & drop, context menu, and RRI features. 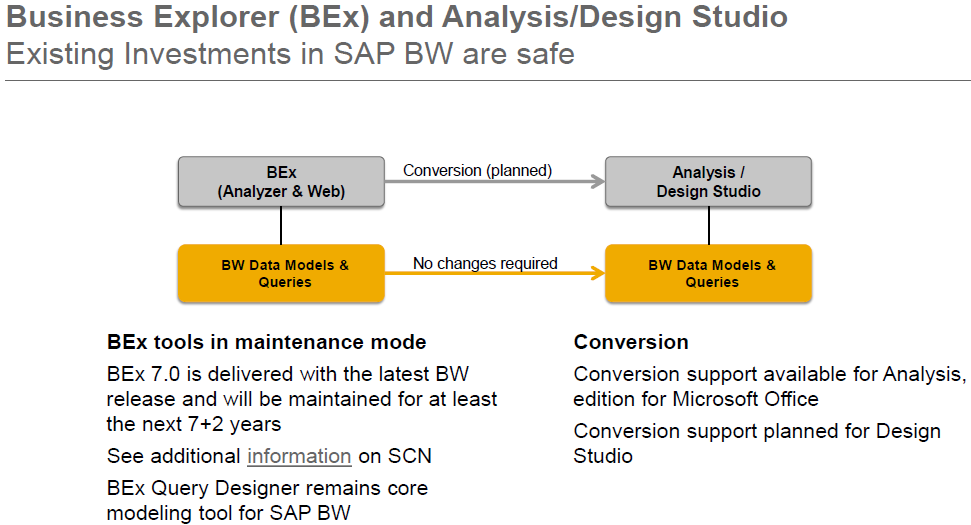 Figure 8 covers BEx tools that are in maintenance mode and conversion support is planned for Design Studio, including web template migration.

BusinessObjects customers today continue to use dashboards via Universes but can consider using Design Studio 1.2 as it offers universe support.

Eric suggested if you start doing BI projects, take a look at analysis clients & Design Studio as you are not losing any key BW capabilities 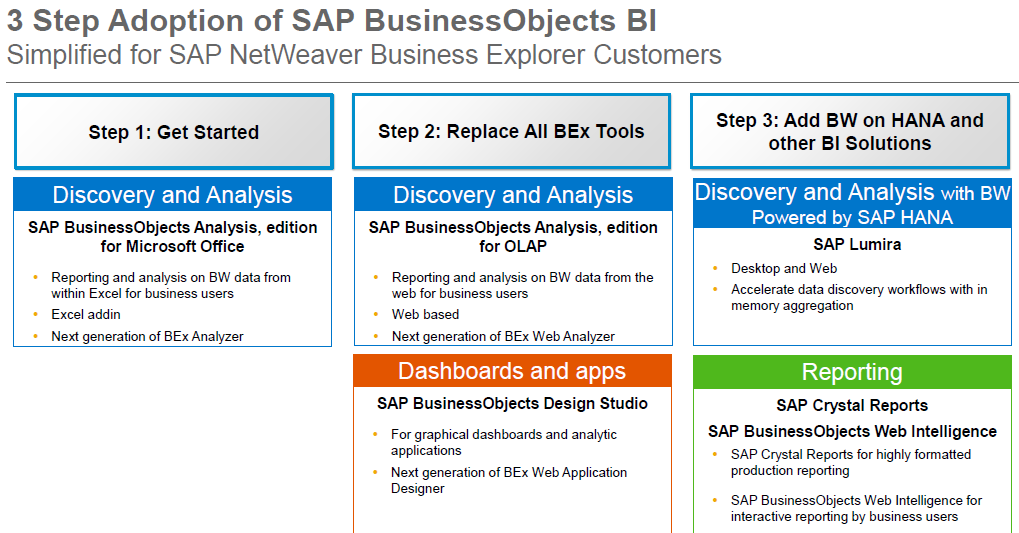 Q: EPM – does it integrate with Design Studio?

A: Working on tidying up backend – BW-IP / BPC and looking at moving into one technical platform

Design Studio will work on both in the future

A: Similar to BEx – offering with next BI4.x platforms and will work

A: Can’t schedule at the moment

A: Not needed for Design Studio – it is an add-on to BI4x

Q: Bookmarks are coming – with SDK – can we achieve this functionality with the SDK?

A: Can do with the SDK; want to have it in 1.3 as a standard capability

Q:  Are there performance benchmarks with DS vs XC

I'm really looking forward to these sessions at TechEd AMS. Thanks Tammy

Thanks for sharing Tammy! Good to see many improvements in 1.2

Was there any additional comment about the 'enhanced scripting' other than the initialize variables?

If I have time I will try to blog about that before the week is out.

I highly recommend EA260 hands-on Design Studio 1.2 in Amsterdam if you are there

There is only one session.

That's why there's a seat with my name on it 🙂

Thanks for sharing. It is good that, Design studio will support UNX universes.

So,  will design studio support universes on SSAS cubes or Hyperion Essbase OLAP too?

Is there any timeline / roadmap in having Design Studio support UNX files? It will be cool to have this functionality. The support for UNX will open up Design Studio to literally all backend databases.  Looking forward to hearing from you.

As you can see in the article, UNX is supported from 1.2, which will be available somewhere in November..

Thanks. My bad - I did not read in detail. I am excited to exploit this .UNX connectivity - thanks Tammy and Svan!

At SAP TechEd Las Vegas SAP said it is in validation and it is expected to be released end of November/December timeframe.

Thanks for sharing. How about DB2 and Oracle?

Design studio 1.2 will support DB2 and Oracle as UNX universes?

I don't know the specifics on that, but will ask at the Reporting 2013 conference tomorrow and will share what I find.

Thanks, relational means Oracle or DB?

Many Thanks for your information.

Only mssql and Sybase IQ are supported at GA of design studio 1.2 .

Others will become supported in service packs in the months following GA.

perhaps you want to be very careful with such information as (1) I am sure this has never been communicated on any official SAP material and (2) that it is wrong.

The official list of supported data sources will be communicated in form of a PAM when the product is released, but the above statement of only supporting MS SQL and Sybase IQ is not correct.

for the list of supported platforms each of our products has a PAM.

For a detailed list of supported features in release 1.2 refer to the chapter

While in Application Designer Guide (page 49)

it stated that support is restricted to MS SQL and Sybase.

Do you state that other DB's (like Oracle) are also supported via UNX?

I do not - I recommend watching/looking at the PAM when it is released at service.sap.com/PAM

Thanks for sharing this information Tammy!

Is there any further details on this? if it will be integrated with BW-IP soon or so?

We have an ASUG webcast on this topic Wednesday - hopefully we'll hear more then.  Thank you for reading and commenting

in the webcast on Wednesday, was there any mention of the integration with BW-IP? Can you throw some light on the same.

I don't recall it being mentioned on the webcast; it was mentioned at TechEd they are looking at putting planning integration with Design Studio 1.3 as it was a top request on Idea Place.

Yes. BW-IP is one of the top priorities for 1.3

Thanks for sharing these Design Studio preview news.

Seems 1.2 GA version is now available to the public on the market place!

Well, I loved the roadmap at first when I saw UNX. as we are way much more flexible with "normal" database, so most of our reports are based on UNX + Oracle. Now reading the Help and Documentation and the PAM there is MS SQL and Sybase IQ?

I wanted to do Dashboards based on MySQL --> BMC Remedy and provide some cool real time Dashboards from Oracle because our users are on the run and need the data asap also because most of them want to present in the meetings... I mean we are a company of 80'000+ so... BW is there and things take a while here till it is changed... ^^

Any Idea when DS will support Oracle? or MySQL? version 2.x ? or will it be a SP?

Hi Michael - I don't have visibility into this myself as I am a customer.

I read the PAM (service.sap.com/PAM) and it states:

For further updates it says to check the roadmap - I looked at service.sap.com/roadmap and the roadmap hasn't been updated since late last year

I suggest asking this question as a new discussion thread in the space and hopefully SAP will respond.

Tammy, Yes I did read the PAM, but sadly it came out after the roadmap 🙂

And telling your supervisor that UNX will be support and the word starts to spread the expectations rise and all of a sudden you have to say, MSSQL only? mhm

the PAM should come before the roadmap, or the communication has to be changed and people using a certain product informed what features will make it and which will not.

I already created a blog where I am talking about the good and bad things of DS and I am trying to show what is really missing to be and be mean, because sometimes I get the feeling the the developers lose the objective and go into a direction a certain tool wasn't meant to be.

thanks for the words 😀

I have created a design studio application on desktop with resolution 1440*900 but when I try to view the application on other desktops with resolutions such as  800x600,1024x768,1280x720,1280x1024, the panels and the graphs do not resize themselves. I am using IE9 on all the desktops since that is the standard client browser. Is there anyway to tackle this issue?

I am using Design Studio 1.2

If this is the case, isn't this a huge task to design the same applications for different desktops/laptop users?

Appreciate your help on this.

Would you please create this question as a new thread on discussion forum, so others may assist?

as a short answer to your question: use CSS with min- / max- properties and develop the application as "Responsive Design" it takes a lot more work. Also don't set static width and height in Design Studio but make it "relative" and use the CSS to identify where to position the elements.

I do not know about this

I hope SAP responds to your discussion thread