Real Time, Social Grooving for Fans to Interact with Their Favorite Bands

Since the beginning of the social phenomenon, customer engagement has truly evolved into an all-encompassing connection. From chatting with a live person on a website and sending help requests via twitter, to posting feedback (good or bad) in public forums, one thing’s for sure – the voice of the customer has never been stronger and they’ve never wanted to be more engaged than they do now.

Millenials Multi-task. Twitter has embedded itself as the 2nd TV screen with live tweets being hash-tagged by millions during sporting events, movie/music award ceremonies, and popular TV shows. In this “Age of ADD”, businesses need to account for short attention spans and utilize crowd sourcing combined with social selling to drive revenue and increase customer satisfaction.

I recently attended a Pearl Jam concert in Philadelphia; they’ve been my favorite band since the 90’s and a band that I’ve seen perform at least 10 times. Eddie Vedder and the boys rocked the house (as usual) and even called out a few fans that attended hundreds of concerts – recognized by their crazy face paint and glowing clothing. So I began to think about how the music industry can better engage fans at the big show. 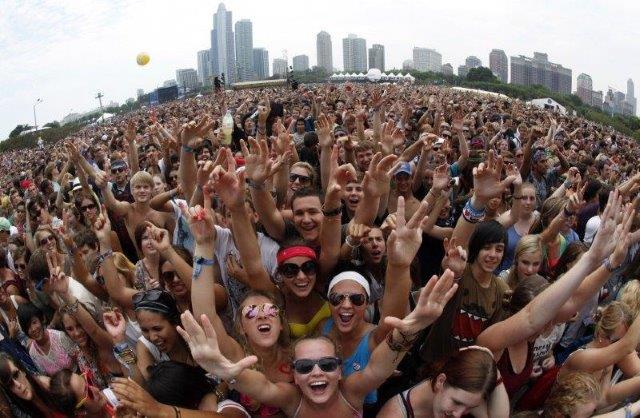 A recent Nielsen study found that poor fan engagement is costing the music industry up to over $2 billion annually. The sports industry is revolutionizing the in-game experience, now it’s time for the musicians to follow suit and put the fans first.

Would you take advantage of these opportunities? Any others to add?

Old school musicians use old school methods... ever been to a Springsteen concert?  Fans hold up signs to request particular songs - most often more obscure ones or covers that he's done over the years.  Then he picks a few of them & the band always brings it!  Just remember that not every group is capable of playing any song without some previous practice, so getting social won't always work - but a great idea nonetheless.

Hey Susan - it's funny you mention Springsteen. At this particular concert, we had a friend whom was part of the staff and he mentioned rumors about Springsteen making a surprise cameo, we were ecstatic but in the end, it was just that - a rumor.

However, you make a great point about practice and yes I'm aware of the timing, attention to detail, and quest for perfection that these bands strive for over and over again, no matter how long they play for.

This idea however, should be manageable. Say the E-Street Band determines their playlist for the upcoming show and is fully prepared. By selecting say, 3-4 songs to qualify as the encore, they'd be able to offer fans a voting process. And because we're not dynamically creating but one song on the fly - the boys can practice all of the following:

Then let the fans decide which of the 4 blockbusters to close the night out with. Of course that's the mainstream approach, but you could take that methodology and plug it into any part of the show - maybe focusing on some of their not-so-commonly-played songs, for a real treat.