#SAPTechEd Virtual Tour, Part 3: Behind the Scenes at TechEd

Welcome to the third installment of my virtual tour series for SAP TechEd 2013 Las Vegas. My first two videos focused on the Show Floor and the Clubhouse. Today I’ll take you “Behind the Scenes at TechEd”. This is a unique perspective as most people (including attendees) don’t get a backstage pass to the event. So let’s get to the photos and videos!

The Show Floor: Under Construction

These photos and videos were taken on the Sunday before TechEd. It’s a glimpse into how much work gets done in the last 24 hours before the doors open.

The TechEd Live Studio being built: 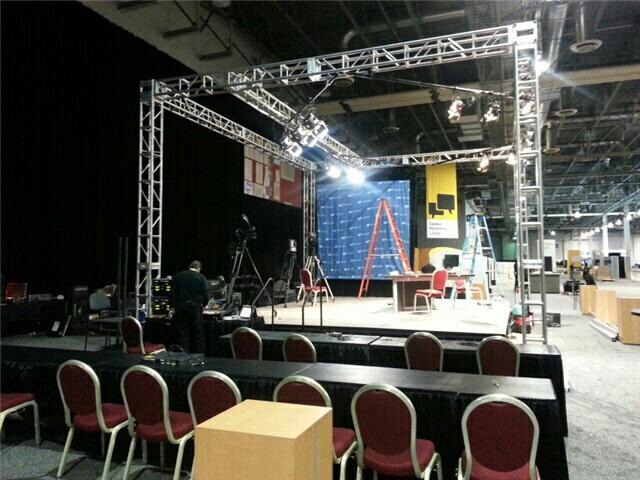 The Digital Graffiti Wall being installed: 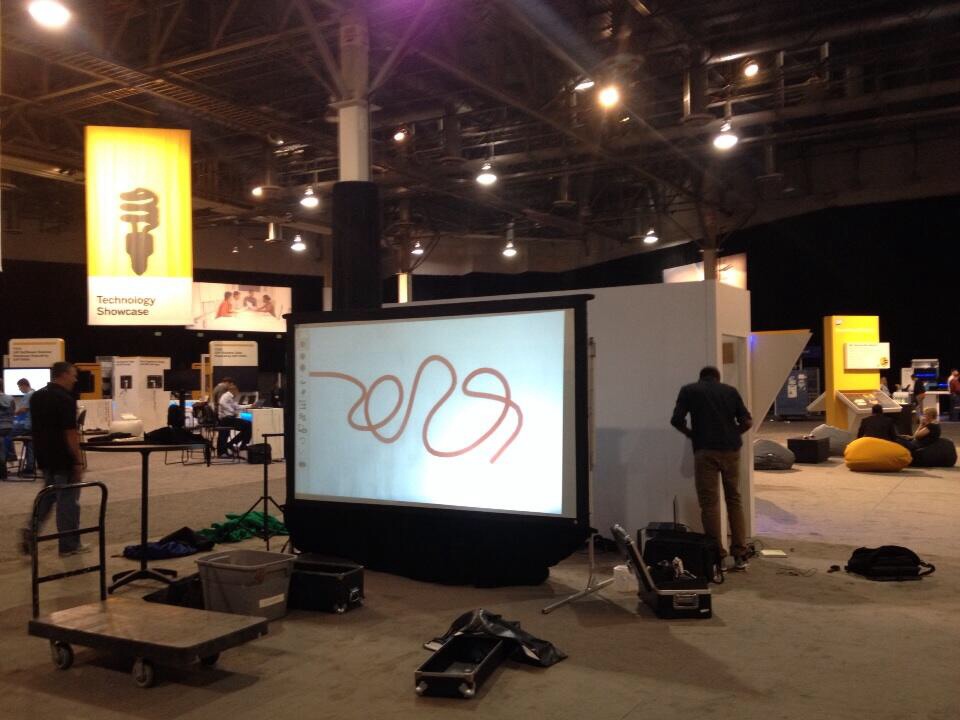 How do you feed 6,000 people for 4 days? Having a really big dining hall helps.

As you can imagine, it takes a lot of people to put on a conference as big as TechEd. Here is the working room for the event staff. There are people in here pretty much all hours of the day. 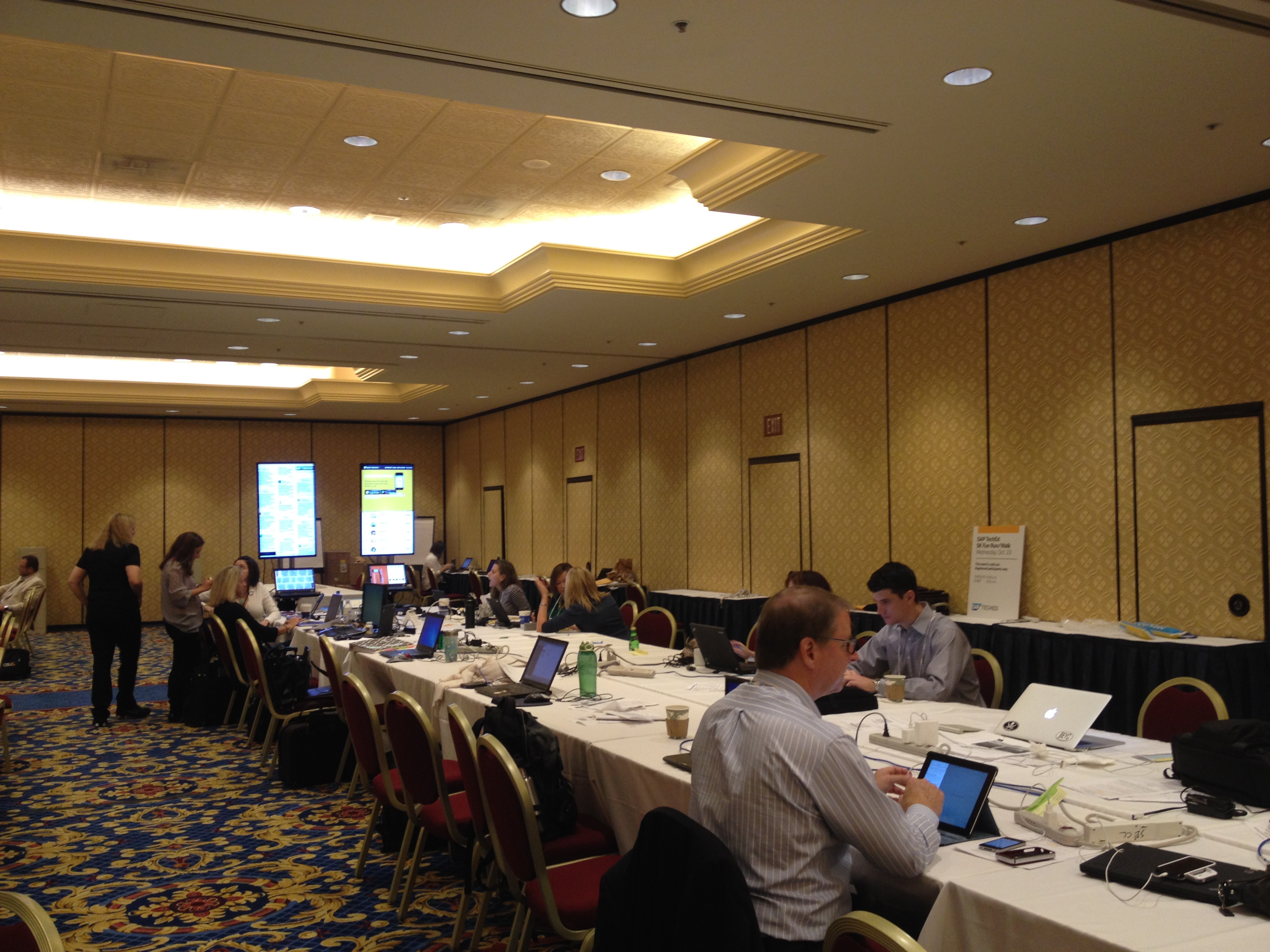 And here’s where the staff as well as the event speakers eat lunch:

This year’s introduction to DemoJam was much more elaborate than in years past, in particular because we celebrated the 10th Anniversary of SAP Community Network. We also recognized the SAP Mentors and many of the other great contributors to SCN. Here’s a photo of Maggie Fox and Chip Rodgers rehearsing the introduction: 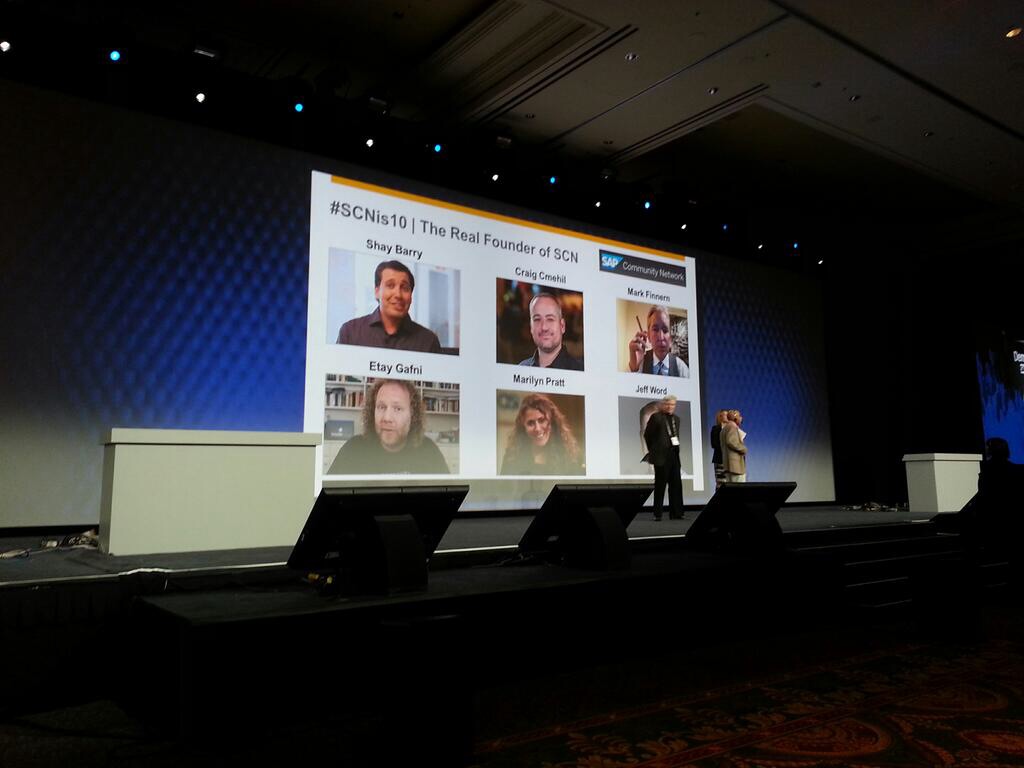 Here is Maggie’s point of view looking out from the stage: 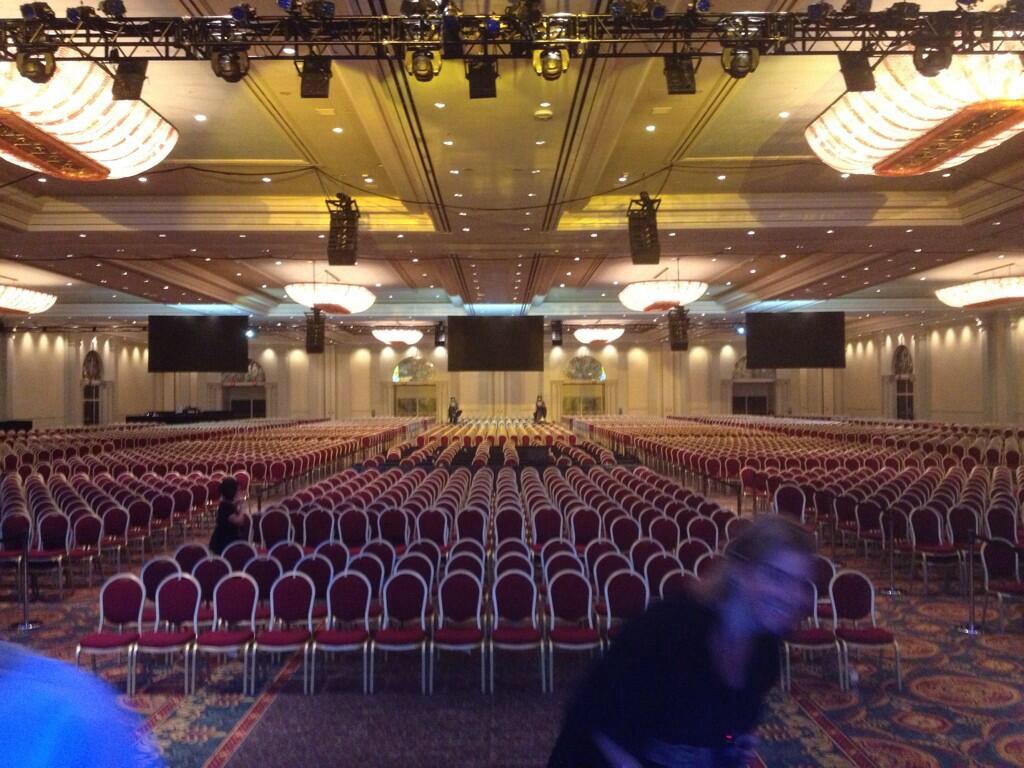 Another cool thing was that we gave out thunder sticks and t-shirts to the crowd – with the aid of one of those t-shirt launchers you see at sporting events. Here is Pat Flanders learning how to use this impressive piece of machinery: 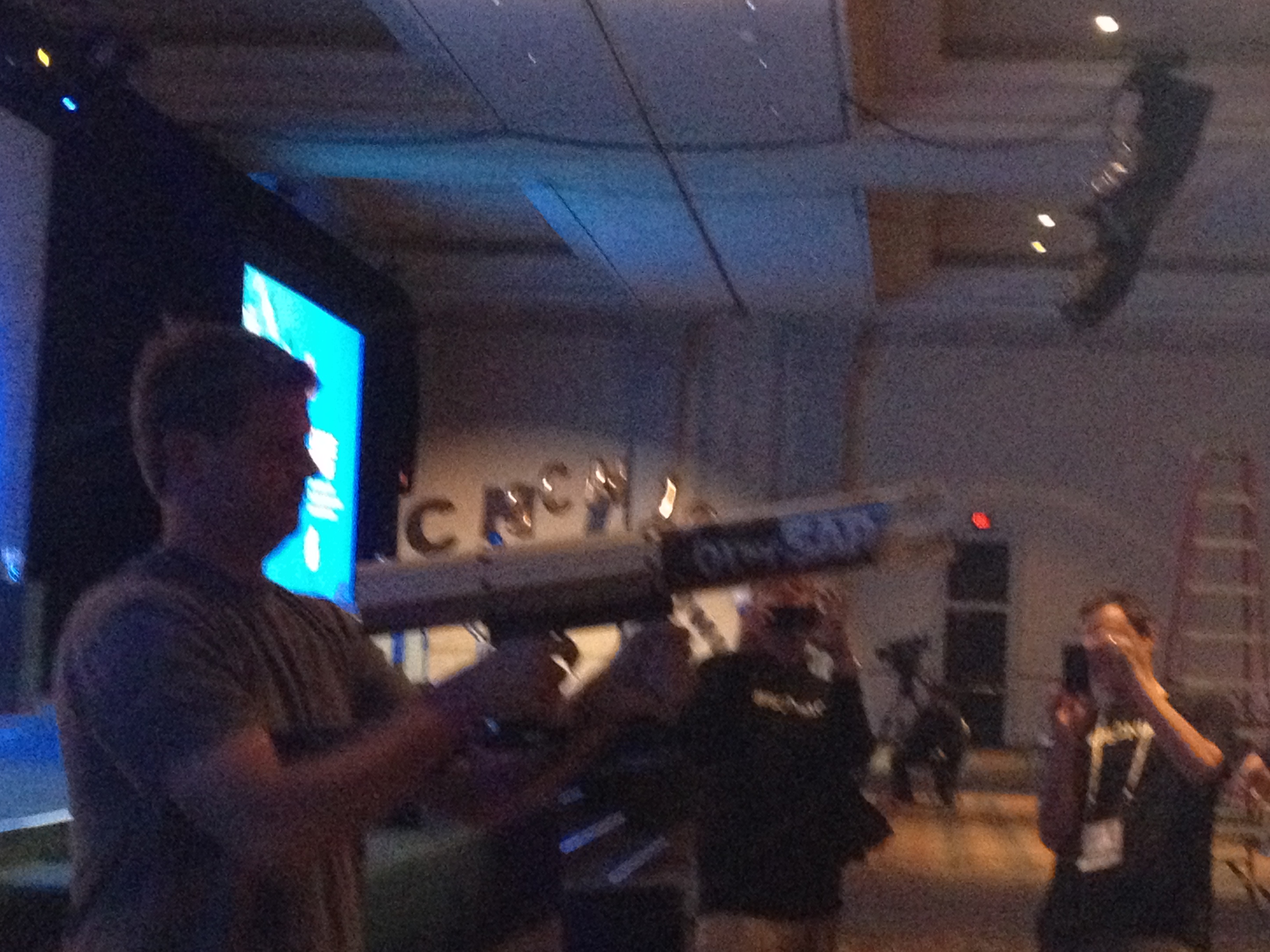 Note: You can watch the replay of DemoJam in its entirety here.

I was fortunate enough to be behind the stage during Nate Silver’s amazing keynote on Monday. The production team and sheer volume of equipment backstage is quite impressive. Here’s a photo of “Mission Control” during rehearsal: 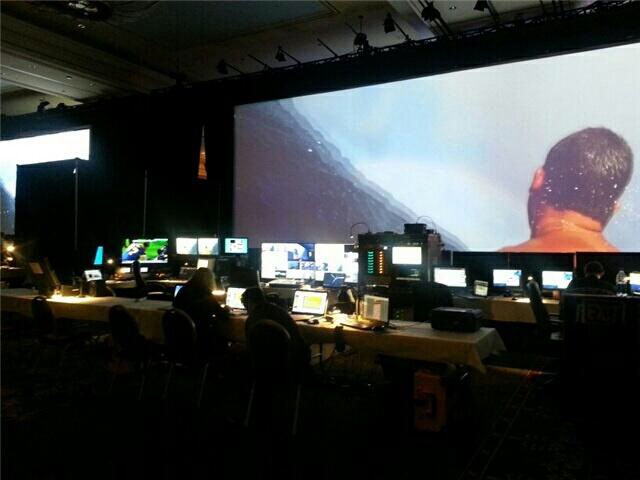 And here’s a short Vine video of the backstage area:

Well that’s all I’ve got. I hope enjoyed this look “behind the curtain”!

Nice blog. Thanks for sharing. 🙂

always fun to see behind the scenes