It was a busy opening day on Tuesday – we had a soft launch of the new product of SAP NetWeaver Gateway Productivity Accelerator for Microsoft, opening of the demo pod, lectures, hands-on, speaker and expert sessions. The SAP NetWeaver Gateway team got a chance to engage with interested customers and partners in the demo pod; yes, it was just the beginning. The team picked up where it left off on Day 1 and continue to steam roll with a jam packed schedule of activities on Day 2.

The team kicked off with an early lecture at 8am by Joav Bally on “SAP NetWeaver Gateway – On-Premise & in the Cloud”. There were quite a number of early birds attending the session and one attendee gave a “two-thumbs-up” on this session on Twitter. In case you missed it, you can still catch on this session on Thursday at 2PM (Lido 3102). 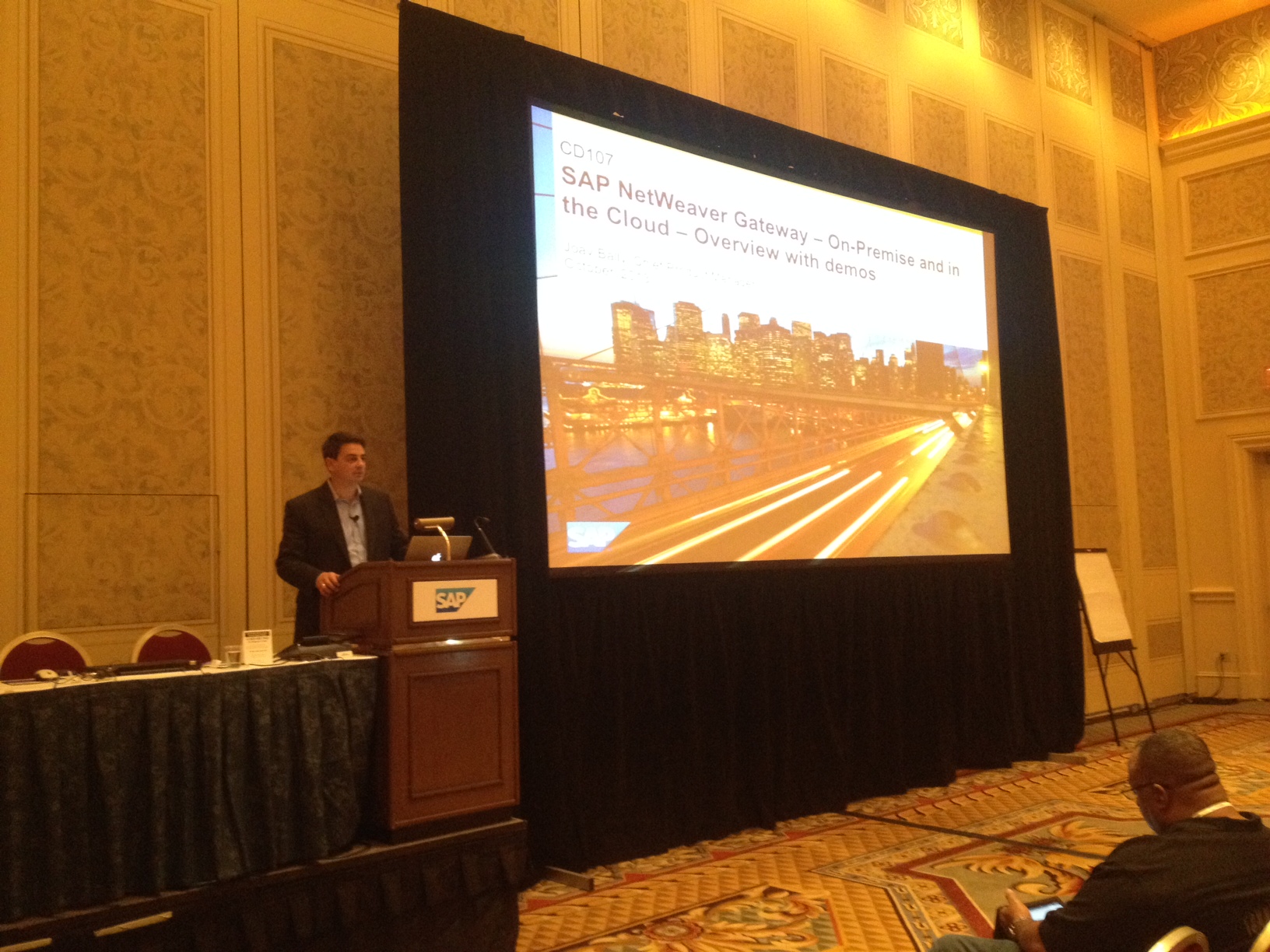 In the afternoon, the team had several speakers networking and expert networking sessions. Stephan Herbert shared with the attendees on how SAP NetWeaver Gateway can run on different SAP Platforms; and this session had drawn a big crowd in the Lounge 8 area. 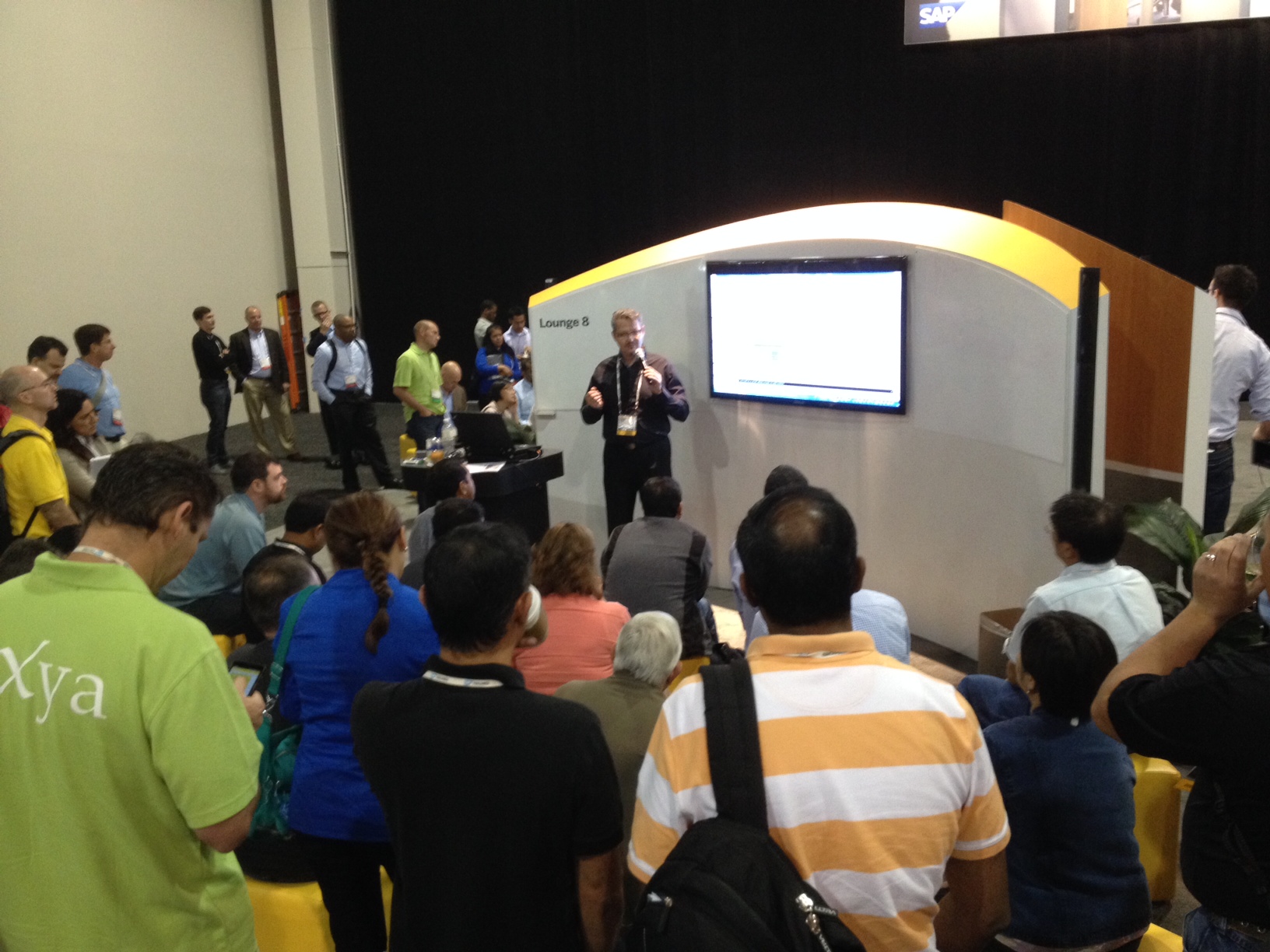 We still have one more day of activities in TechEd Las Vegas. Come by our demo pod at IZ14 and engage with us!

Also, we have a special interview session with our customer, American Airlines, in SAP TechEd Live Staudio on Thursday. The interview will be hosted by Mustafa Saglam from the SAP NetWeaver Gateway team and American Airlines is represented by Nick Mikhailov in the session. Don’t miss out this opportunity to hear how SAP NetWeaver Gateway empowers our customer. Here is the details:

Before we all head to the concert performed by Imagine Dragons on Thursday night, you can still attend our sessions below during the day.

1:30PM-2PM EXP10225 SAP NetWeaver Gateway – Top Use Cases with the architecture behind

Join us online to find the latest about NetWeaver Gateway and Duet Enterprise on the social media channels!

You can find more related SCN postings under: