Cloud 2.0 – a platform for innovation 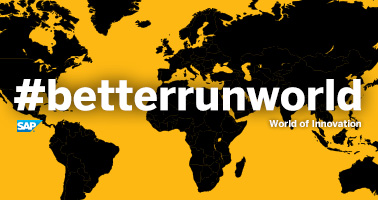 Back in the mid-noughties, ‘two-point-oh’ became a general shorthand for
‘next-generation’.  I suppose it sounded a little more innovative than “Mk II”,

which always puts me in mind of a Ford Escort. But the term ended up being hijacked

for almost anything that indicated progressive change.  At what stage might
we replace the word ‘wife’ with ‘girlfriend 2.0’? That will get me in trouble with Mrs Simpson…

However, it does seem that now the ‘as a Service’ concept becomes established, we are
now firmly in the era of Cloud 2.0. Cloud as we know it started out as an alternative IT delivery model, but
today, it’s fast becoming a platform for innovation.

As I’ve mentioned in a previous post, businesses in developed economies can often
find themselves being overtaken by agile competitors in emerging ones. The
cloud has given them rapid access to world-class infrastructure on a buy rather
than build basis. But equally importantly, they aren’t constrained by the cost
and complexity of managing a patchwork of legacy technologies and proprietary
hardware. They’re effectively starting with a clean sheet of paper and can innovate
in the time it takes their cloud provider to spin up servers.

Cloud is also proving an accelerant to mobile application development.

I was reading in an Oxford Economics report that well
over two-thirds of companies expect to improve productivity, innovation and
speed with cloud computing.  Almost 7 out of 10 IT departments say cloud technology

has enabled them to focus on being a strategic partner to the business and evaluating new technologies instead of
maintaining old ones.  I wonder… if I manage to boost my effectiveness with cloud-assisted

technologies, should I start referring to myself as ‘Adrian 2.0’?