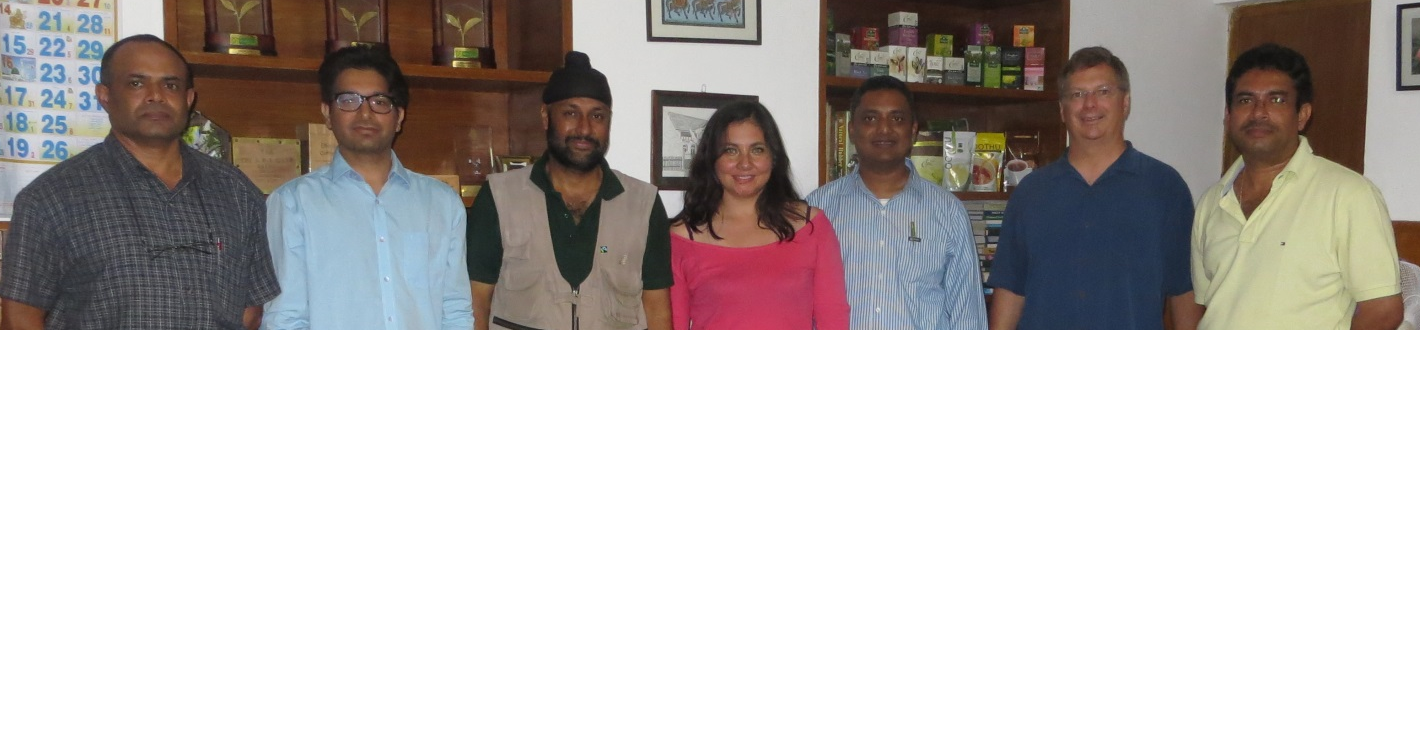 Background on Fairtrade :  Fairtrade is a trading partnership, based on dialogue, transparency and respect, that seeks greater equity in international trade. It contributes to sustainable development by offering better trading conditions to, and securing the rights of, marginalized producers and workers.  Fairtrade’s vision is a world in which all producers can enjoy secure and sustainable livelihoods, fulfil their potential and decide on their future. http://www.fairtrade.net

Trip report : We reached Coimbatore, early on Wednesday the 16th of October.  Our drive into Mudis was extremely scenic and we were delighted to get out of the city and see some wild life on our drive up the hills.  Once at Mudis, we were greeted by Suresh Menon (General Manager), Harjinder Kapoor (Snr Manager), Prashantha Bhattacharyya (Manager) and C.P. Thimmaih (Asst Manager) for an introductory meeting.  While we were chatting about the history and the organization, Mr Bharath Mandanna Vice President of the Plantations BBTC (who is also Chairman of NAPP : the Network of Asia and Pacific Producers) stopped in, though he was on vacation.  He gave his insight into the organization, activities and unique and upcoming challenges at a regional and local
level.  We also discussed our agenda and outlined the activities to be covered in the next 2 days.

After lunch, we first visited the Mukkotumudi Estate division Muster, and learnt about the group communication that takes place on a daily basis in the form of meetings.  We also saw posters and bulletin boards with content relevant to the plantation workers that were distributed by Fairtrade.

From there we went to the home of one of the employees to see the facilities at the average workers’ homes.  We were greeted with a lot of warmth and saw
how the families lived together.  Though this housing is provided by Mudis estate and not directly a Fairtrade premium project, there were appliances and other gadgets funded by Fairtrade premium, to make their lives more comfortable.

Next we stopped to observe tea plucking operations at a nearby field and met with some Joint Body members who explained the operations in the field and how they communicated to the workers.  We also saw how the tea leaves were weighed and consolidated before being sent to the tea factory on site.  Though most all had basic cell phones, access to computers or smart phones was pretty low and not practical, considering the circumstances.

We continued our discussions later that evening during a dinner get-together at the guest house where we met many of the management team
with their families.

Next morning was a little damp from some overnight showers, and we started with a visit to the Mukottu Mudis Tea factory and observed the
process of tea manufacturing.  We finished with a “tea tasting” stop and slurped various kinds of tea with the professionals! 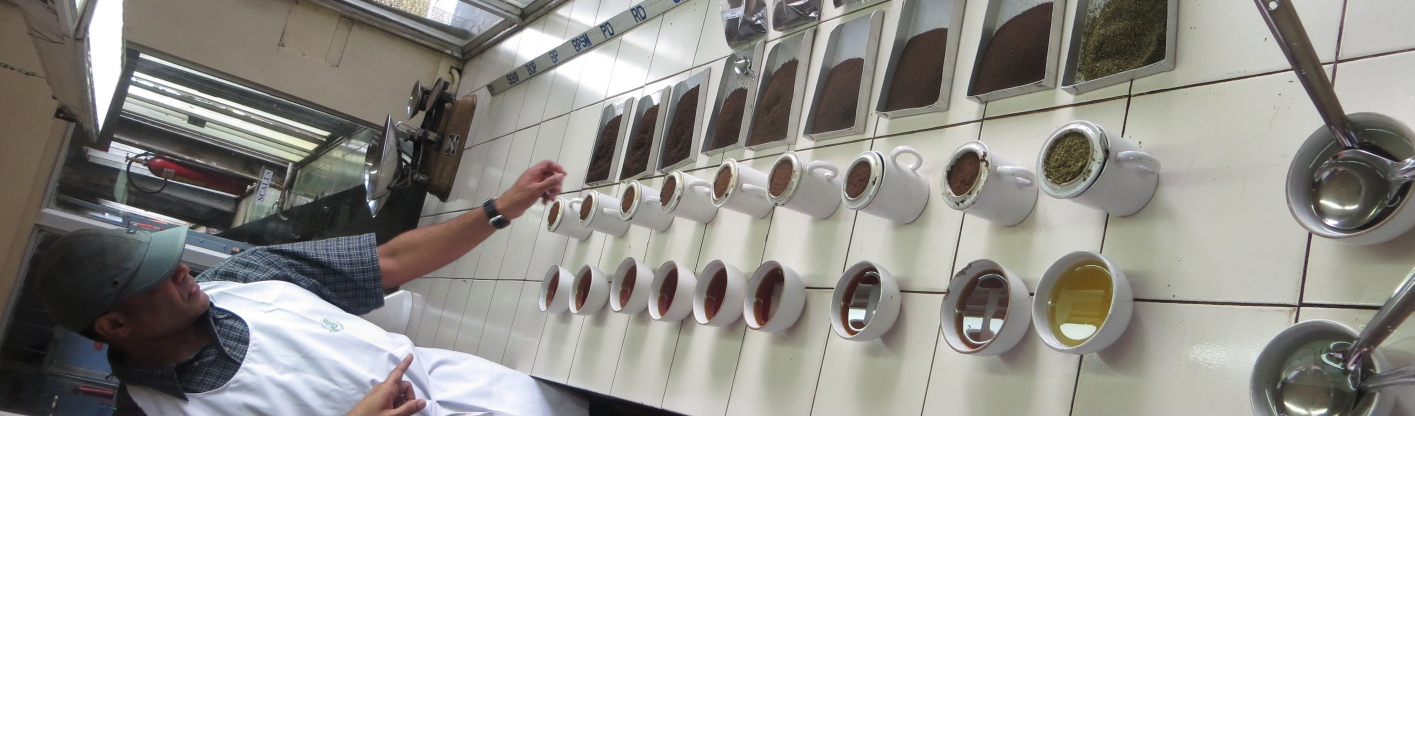 Next on our agenda was a visit to the Mudis Garden hospital to meet Dr Mohan Raj and staff.  We got an appreciation of the trends over the years as to the health and welfare of the workers, and also the facilities at the estate.

We then visited the Aided Central Middle School computer center to see another example of a “Fairtrade premium project”.  It was impressive to see children of the worker community who were comfortable navigating and working with computers that were installed with Fairtrade premium Foundation money.  Similar to some of the joint body worker representatives, most of the children could understand English, though not comfortable or able to reply in English.
We clearly got a sense that it was the parents’ desire and a fact that the children were being given opportunities that would otherwise not have been
available to them, as the workers decided on how to invest in projects (with the Fairtrade premium).  They were also able to assist children from nearby estates with note-books, further spreading the reach of the effect that the premium money had to nearby communities.

We then met with the joint body where the members gave us a very good and exhaustive look into the various projects undertaken with Fairtrade premium money.  Examples included lunch boxes, casseroles, smokeless stoves, scholarships, LED lanterns, death fund and insurance.

There was a sense of pride, ownership and excitement in their conversations.  A great showcase of the direct involvement of the workers was in a raincoat designed and created to the custom specifications provided by the workers, suiting their specific job requirements.  This raincoat was distributed to all employees and is an example of how Fairtrade premiums were invested in projects of practical importance and relevance to the workers.

Additionally, we observed that most joint members would nod in understanding when we asked our questions in English, though they replied in
their mother tongue (Tamil).  There were almost an equal number of men and women in the joint body, and in a quick show of hands they all confirmed that they had phones (not smart phones).

Finally, we met Mr Bharath Mandanna in his office where we summarized some of our initial observations from our visit.  We were presented with some samples of tea to take with us.

All in all, it was a great trip and though short, we took back several great memories and a better appreciation of some of the challenges as well as the opportunities related to communications in a hired labor setting. We got to learn and see first-hand how Fairtrade empowered the worker community and also experience the great hospitality of all at the Mudis Tea Estate.