I used SAP Lumira to analyze the information on the Spanish Football League 2012/13 and to show it using tables and diagrams easy to understand and visually attractive for the user.

In this first image we can see the Table of the Spanish Football League last season (top 10 teams) including the following fields:

As can be seen in the table, last season Winner was FC Barcelona with a total of 100 points in 38 matches:

The following chart shows the points scored by each team. I wanted to highlight the team of which I am follower: Atlético de Madrid 😉 

This diagram shows the goals for and against of each team (lines) and the goal difference (bars). This last measure was calculated using a formula ({Goals For}-{Goals Against}).

The following chart shows the teams in decreasing order by number of goals scored. As can be seen, the highest scoring team was the League Winner with 115 goals:

The following chart is related to the Fair Play. It shows the teams sorted ascending by the number of cards received (another measure calculated using a formula: {Yellow Cards} + {Red Cards}). As can be seen, also the Champion of Fair Play was FC Barcelona: 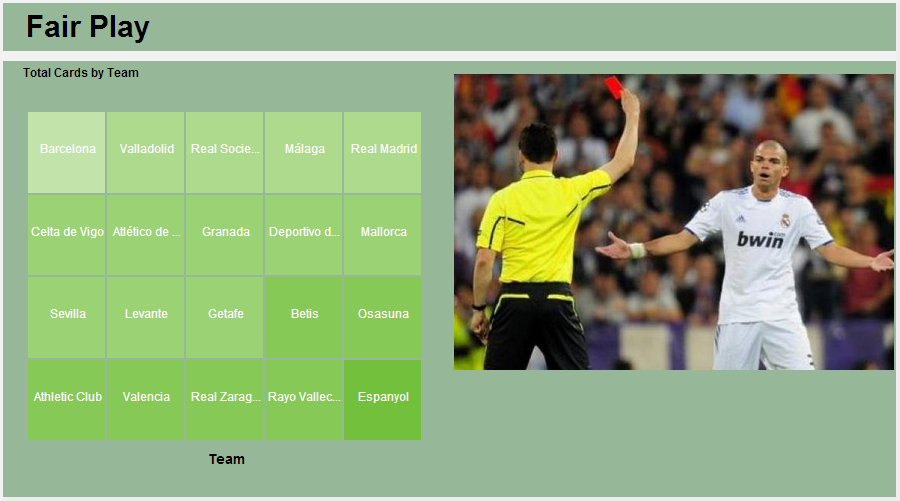 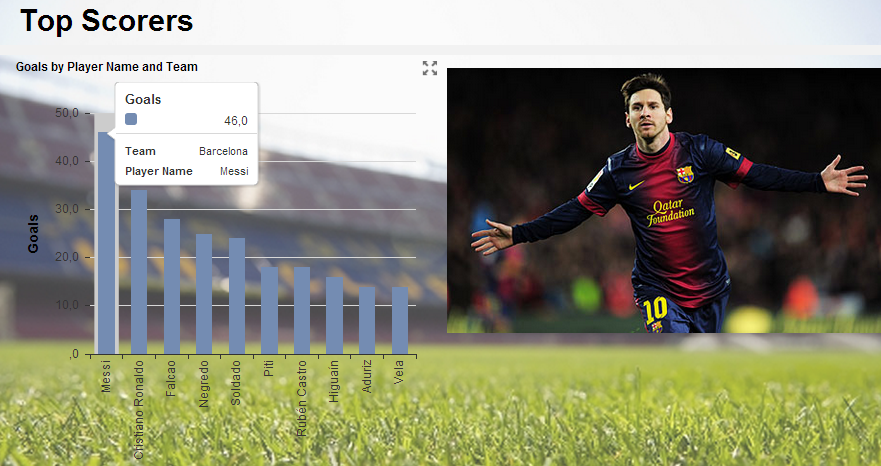 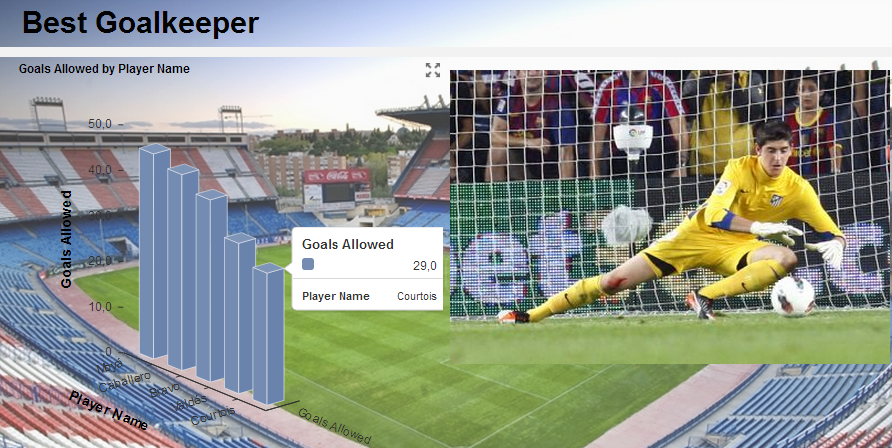 And this concludes our analysis of the Spanish Football League 2012/13 performed with SAP Lumira. A tool to analyze the information in a fast, simple and self-service way, without being necessary IT´s help.

Really great use of SAP Lumira in designing some striking visualizations!

I like how you used different colour backgrounds, and images to support your data!

Would you be able to share your data source with us? We would love to add it to our list of data!! (You can find the list HERE)

Thanks a lot for your comments!

I just published my datasets to Lumira Cloud.

it's always a pleasure to interact with our community! There are a ton of resources and we're looking to make sure that everyone knows the best place to go.

We're looking forward to taking a look at the Lumira file that you published to the cloud. What about the actual raw data that you created?

You can share the dataset with us on the cloud - support.lumira@sap.com

I have already shared both datasets and visualizations on the cloud. The actual raw data was collected from this link:

If you need something else, please let me know!

I added the source of your data to the Data List!

We'll take a look at your data on the cloud soon too!!! 🙂

This is amazing. SAP Lumira will take on the Data Analytic market by storm.... Well Done !

Thanks for your comments Rajkumar and Sushanth!

That is something interesting, i will do for Cricket too