BI Planned Innovations Roadmap Webcast – What is the Future – Part 2

I attended this AFSUG webcast this past week given by SAP’s Alexis Sarat .  It was packed full of information.  These are my rough notes. 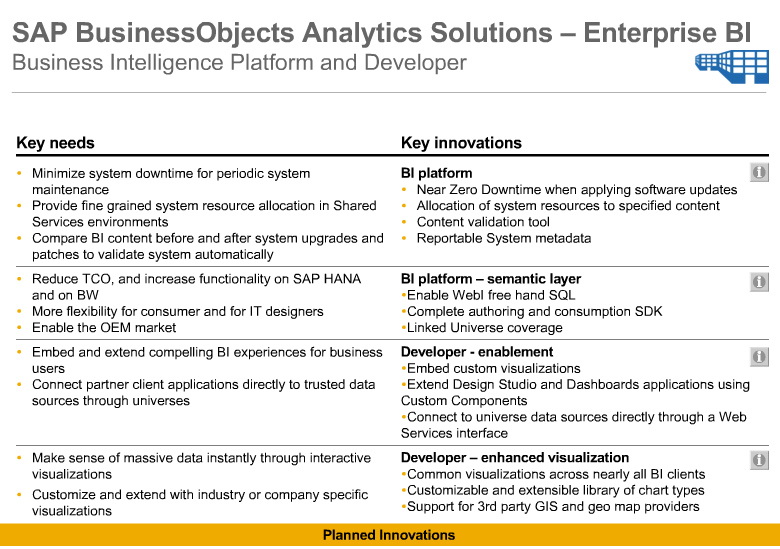 Additionally you can compare content before and after upgrade, report on metadata for the system

With the Universe you can use freehand SQL in Web Intelligence

It offers improvements in SDK

It plans to have a Common visualization model across most tools 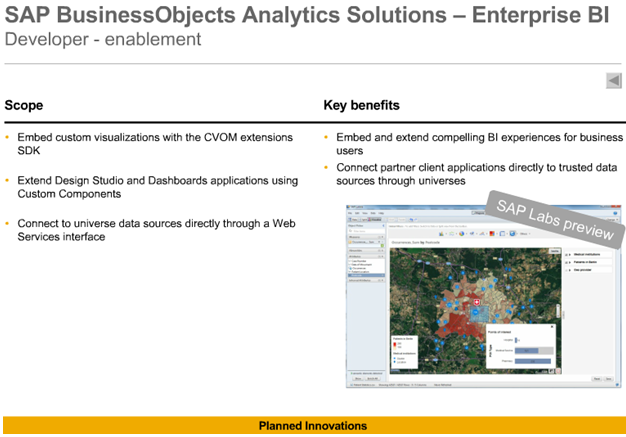 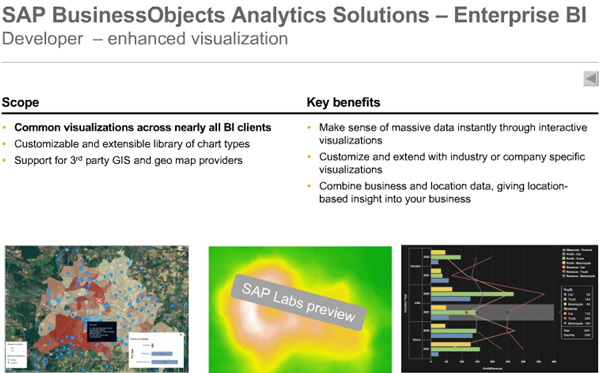 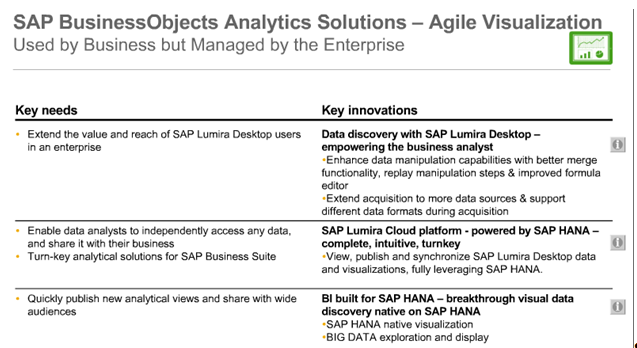 Figure 4 covers plans for Lumira including direct connectivity to BW.

Figure 6 covers planned innovations for Web Intelligence and Crystal Reports, which are part of the Reporting category.

They will have improved connectivity to HANA, connect to Mobile easier 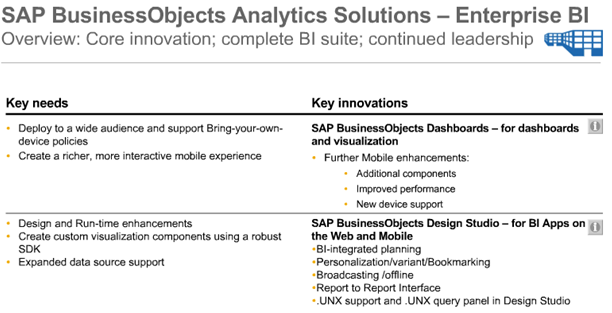 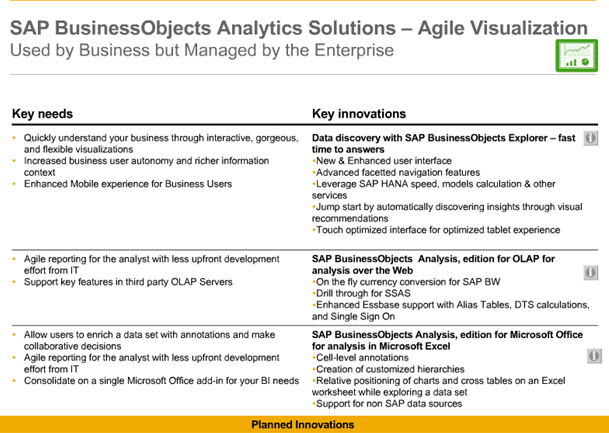 BusinessObjects Explorer is planned to have a new interface, navigation, and an improved experience and speed for large data

Analysis OLAP will have more drill through capabilities.

Analysis Office is planned to have a enrich data set annotations 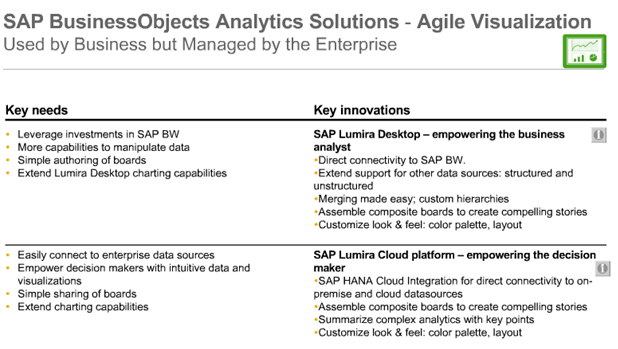 Next release plans to connect directly to BW, connect to unstructured data sources. 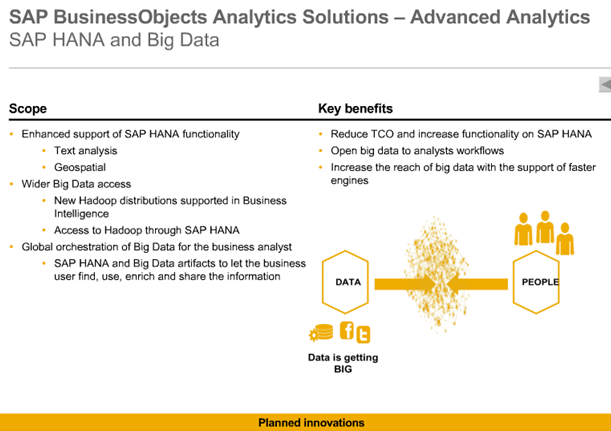 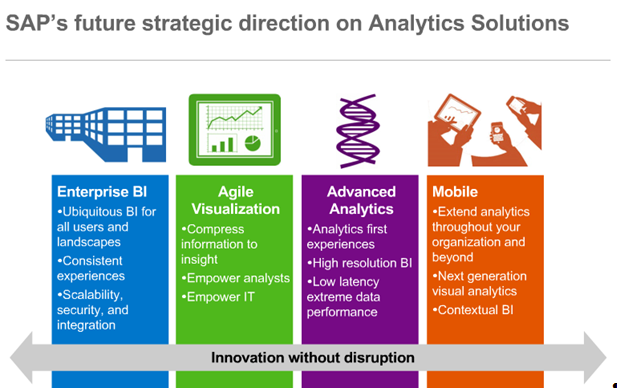 Figure 12 shows the planned future direction in the key areas. 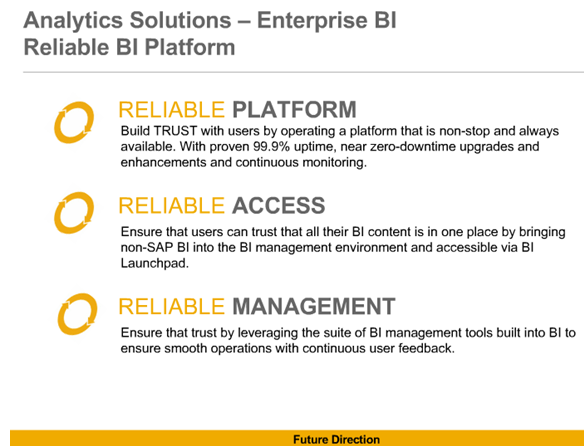 Figure 13 shows the plans for zero downtime, to have BI to up 99.9x%+ solution 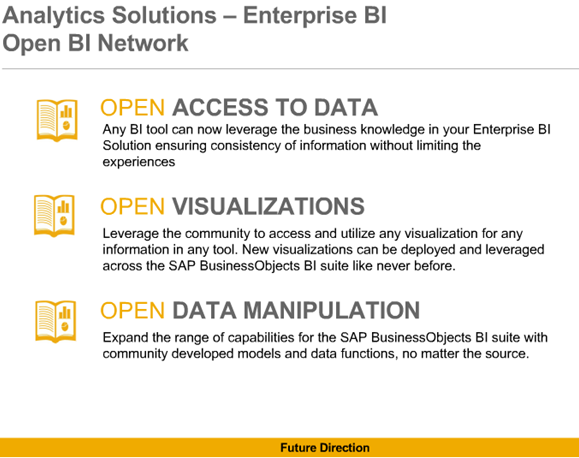 It includes plans for open visualizations, perhaps even industry specific 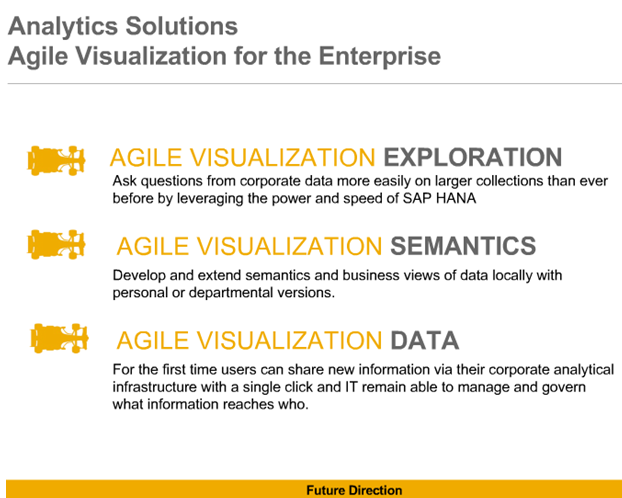 Data manipulation – on Lumira has the beginning of that; plan to expand that in BI suite with data transformation and manipulation

Agile visualization is the key area of investment of BI, to explore the data, and ask questions of the data

“What is my performance of the quarter”

Amazing, but there were no questions at the end of this AFSUG webcast.  It was very complete and very good, and thanks to Alexis and zimkhita buwa

Webcast Recording Learn How You Can Use SAP NetWeaver BW on SAP HANA with SAP BusinessObjects BI4.x