The Value of a Community: Results of the 2013 SCN User Survey

When we talk about the SAP Community Network (SCN), we rarely talk about it as a “Web site”. While it would make sense to frame SCN around traditional definitions of a Web site (URL, server-based content retrieval, HTML-based pages, content management system, etc), the major benefit is that it is made up of the collective wisdom, opinions and collaborative efforts of our users. From that standpoint, we recognize that the strength and benefits of SCN are generated from, for, and by the community. That’s you.

Because our foundation is built on the work you contribute, we take very seriously your thoughts and opinions about how SCN functions and serves you. So every year, we ask our community members to provide feedback and opinions in our annual member survey. We launched our annual mid-year SCN survey in July, and over the course of a couple months, received an overwhelming response from our registered users. A total of 1,516 people responded and, based on their responses and input, we have a better sense for what is working and what we can improve. 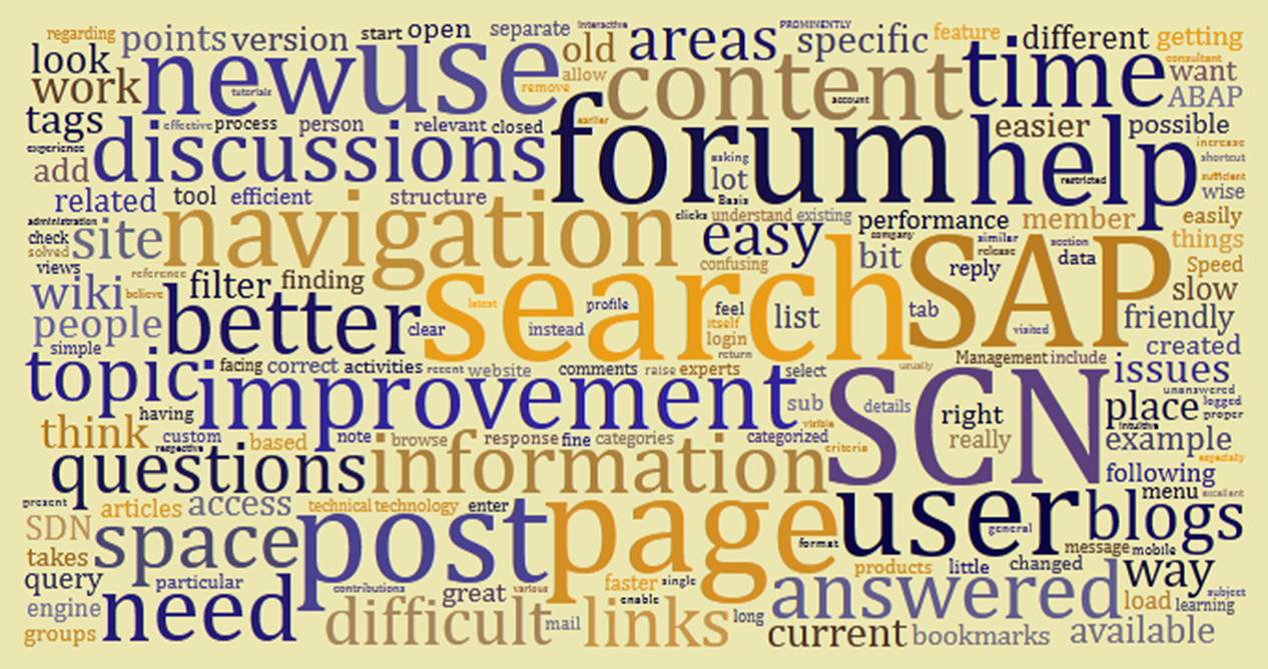 After each year’s survey, we collect the feedback and create an actionable plan for improvement based on that feedback. We are always making improvements to SCN, but we have found that we can be much more targeted when we can operate off of specific comments that come from the survey. So, the good news is that these improvements from previous years are resulting in a better user experience. Users’ ability to contribute, interact and find content has improved greatly, and this makes SCN a more desirable destination for the SAP ecosystem (it’s nice to be wanted). This is borne out in our Net Promoter (NPS) score, which is a way of measuring user satisfaction. In essence, NPS is based on a single question, “Would you recommend this product/service/tool?” – the answer is “yes” or “no”. There’s a lot of logic behind why a single question can offer so much insight, but we have found it to be extremely helpful to know whether or not we’re moving in the right direction.

Our NPS score improved to 56%. That’s a very positive NPS score and an increase of 10% from 2012.   It’s an indication that the work we’re doing to improve user experience, content and community tools is having a positive impact on our community. This was why we made the switch in the first place. The increase in this year’s NPS is also likely due to the additions of gamification features, a new emphasis on content excellence, and changes to how community contributions are monitored and managed.

To note, some highlights from the survey:

In general, it seems that users are increasingly able to navigate the community and find the content and discussions that are important to them. When we think about what users do, and the success they have, we need to consider that NPS is hugely important – if a user wouldn’t recommend SCN, then we’ve failed in having value as a community. 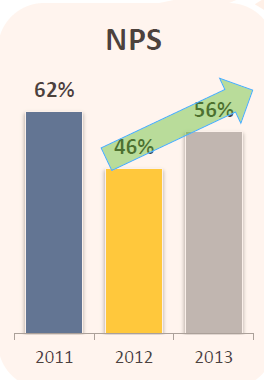 “SCN is the one stop solution …it provides an immense depth of knowledge to effectively perform the day to day activities to achieve long term goals while keeping a close watch on all the upcoming new technological trends. I thank each and every person directly or indirectly associated with SCN and playing a vital role in shaping the future of SAP…”

SCN is all about experience ngaging online, and TechEd is about meeting to strengthen relationships. However, increasingly we’re blending the two by providing live video from the event and offering content from TechEd to users.

“Unfortunately, SAP TechEd is too expensive for my company to allow me to go otherwise I would go because I’m interested to meet people there and share knowledge.”

In addition to NPS, we try to gauge members’ overall SCN User Experience, a broad category that covers things such as: navigation, finding the right information, quality of information, etc., satisfaction with platform features (gamification + social) and reasons for using the community by asking a few specific questions within the survey.  Below are some insights based on these questions:

Overall, a strong majority of responders are Satisfied or Very Satisfied with SCN platform features. 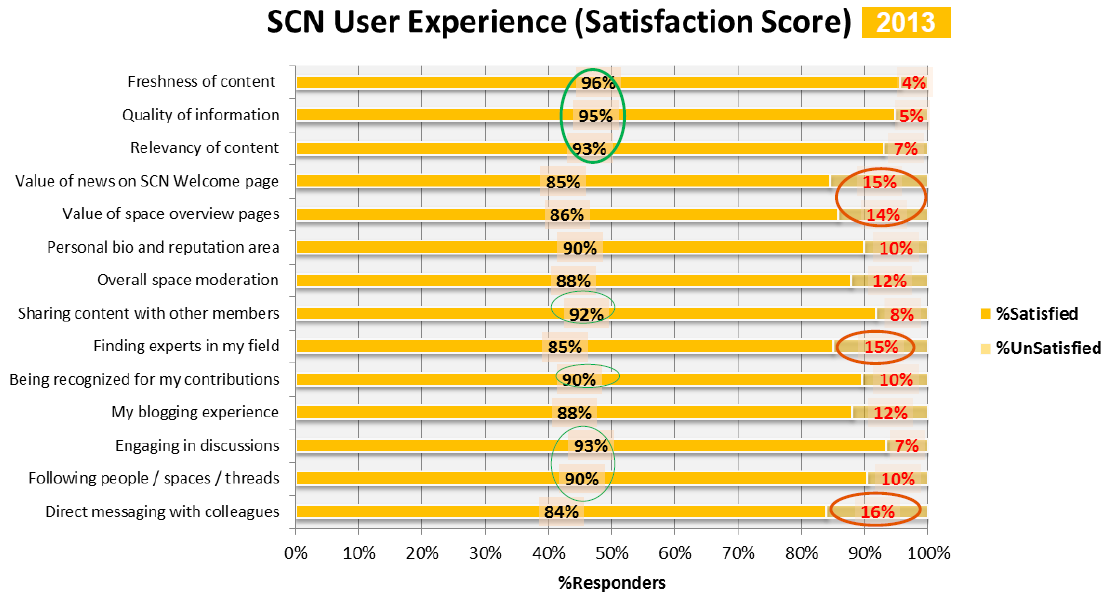 “The experience of using SCN is really rich and beneficial…SCN has helped a lot in gaining knowledge…Thanks a lot to all the Members, Moderators, Developers, Mentors and all SAP.”

Our users have the unique ability to build a reputation by contributing content and engaging in helpful discussions and interaction with other members. The functionality that enables this is a major part of our platform, and we’re seeing an increase in the way that users build their reputation through these features.

“Keep up the great work! No place is ever perfect, but the team responsible for SCN does a great job of listening to feedback and trying to address concerns within reasonable means…”

In reading through the comments from users and getting a feel for what keeps them coming back to SCN, it makes me realize that what we do is meaningful to people who are using SAP to create a better world. Knowing that we have a part in that is a great shot in the arm – it’s a reminder that the work we’ve done is paying off, but also that there’s a huge inherent responsibility to continue improving and delivering a valuable platform for users.

Thank you for all your support over the past year; continue looking for improvements from SCN as we look to make your experience better.

Thanks Patrick for sharing  User survey of SCN results.

Looks like this link can be accessed only by SAP Employees, in SAP network.

Can't access the link for the full results analysis. 🙁

Good to know the SCN user survey results and thanks for sharing.

Nice Information. I am happy to know the SCN User Survey.

Hi, Really the SCN is one of the best tools that we have to improve our knowledge. All the new features invite to use it every day. 🙂

Thanks, Diego...we appreciate the kind words, and are grateful to know that SCN is a valuable tool for our community!

Thanks, This is important information/ knowledge for all of us SCN Members, it is really knowledge improve tool.

I'm on SCN every day but I never saw this advertised anywhere. I would have liked to have taken part.

this is always helpfull and valuable information for SCN users.