Lara Setrakian, like many in her generation, wanted more than just a job- she wanted to make a difference in the world. She covered the political unrest in Lebanon in 2008 and the Iranian election in 2009 from afar but Setrakian wanted to take her career in journalism to the next level. Hence, she found herself packing her bags and moving to the Middle East to cover the Arab Spring for ABC and Bloomberg. 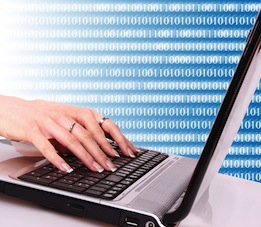 From her vantage point in Syria, Setrakian quickly realized that there was no single source of truth when it came to the Arab Spring news coverage. Between Internet blockades and the multiple threats to journalists’ safety, public reporting on social networks had been a primary–and often unreliable–source of information. That left Syria watchers bouncing from news sites to social media, piecing together information from different sources and attempting to understand the real story  behind the crisis. Setrakian declared “The news is broken” and set out on a personal mission to fix it on behalf of the citizens whose tragic stories had become interwoven in the political crises of their country.

Syria Deeply, Setriakian’s first single issue news site was launched in December 2012 featuring a dynamic news dashboard and a collection of op-eds, social media, SoundCloud briefs, maps of the area and timelines of milestones. The team viewed the site as an open-source R&D lab and  leveraged the latest in digital technology to curate content from multiple platforms and patch together a robust and, most importantly, authentic story for their readers. Only 25% of the content on Syria Deeply is original, the remaining 75% is curated from external sources- effectively reinventing the supply chain for crisis coverage and media in general.

The Syria Deeply team deconstructed the traditional journalism model by dedicating the entire page to a single “beat” or topic vs starting with broader topics such as “World News” and requiring that the audience click through to smaller sub-topics such as “The Middle East” and then “Syria.” Google analytics revealed that there was a demand throughout the world for deeper and more reliable coverage of Syria and Syria Deeply’s site metrics indicate that they had successfully satisfied that thirst for many.

Syria Deeply is by no means a one-trick pony. The model is intended to be replicable and Setrakian has indicated that plans are in the works to build out single- issue coverage sites for dozens of other topics. She looks at big data, global issues, and underserved audiences when considering her coverage but above all- she says the key to authentic journalism is commitment to the story.

Lara Setrakian presented her inspiring story at The Feast Conference 2013, a gathering for social innovators and entrepreneurs where SAP was a sponsor.