As any car owner will tell you, driving in a big city can quickly turn from comfort into frustration. Congested roads, high fuel costs, and spending an eternity looking for a parking spot can drive even the most patient of people around the bend. The World Health Organization estimates that the global urban population will reach 5.2 billion by 2050, and with many of those people needing to be mobile, the situation in our cities is likely to get worse without the right ideas and advances in technology.

SAP has recognized that some of the best ideas in this area have yet to be explored. So at the end of last year, the company teamed up with Audi AG to launch the 2012 Global Connected Car Contest. The competition invited students from around the world to submit proposals for the connected car in categories including traffic, fueling, parking, and the environment. The prize for the best ideas: a week-long trip to Silicon Valley to meet experts from SAP and Audi and work on a real-life connected car solution. Thes are the winning ideas: 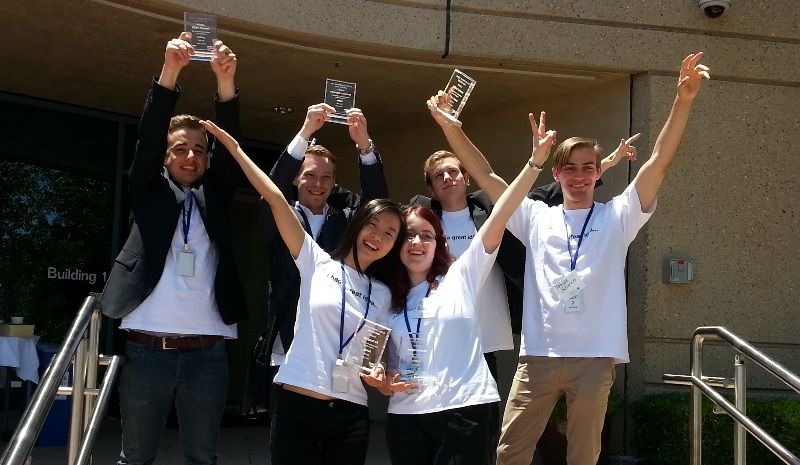 Most of the week the students spent working on a new smartphone app that combined aspects of the winning ideas. The result was WaitASec, an application that helps drivers find available parking spaces in real time while donating money to charity. At the end of the week, the app was successfully tested on the streets of Palo Alto (see video).

Following the success of the Global Car Contest in 2012, SAP has recently announced a new contest for 2013 with GM/Chevrolet. This time, start-up companies can take part, too. The deadline for submissions is November 15, and the winners will be announced in early 2014. Details of the new contest, including how to enter, can be found at www.connectedcarcontest2013.com.

The article originally appeared on SAP.info.

These are some really cool ideas. Some of them or not even that far-fetched, like the navigation 2.0

The carparion which measures the mood of the driver is already available in some more expensive cars, be it in a more primitive form.

I always love being inspired around the topic of connected cars and I do very much believe that this will become a booming market for many more years to come. Transport is still based on the same principles that were already in use in the middle ages.

The computers are starting to take more and more control over the vehicle out of the hands of the driver so that we get logical reactions in traffic, rather than emotional reactions (which lead to over-reactions, which lead to incidents)