When an object is edited by a User, it is normally locked in a transport request and until the transport is released, the object remains locked for other users to work on that object.

There might be a requirement to unlock the object in such event the below steps can be followed. 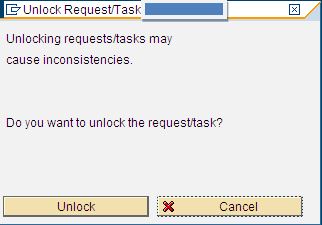 Once the successful confirmation the object will be able to edit which is in the transport.