Social on Shutdown: A Vent for Americans

With the Senate striking a deal, the House passing it through and President Obama signing the bill, the 16-day partial government shutdown has come to an end. Federal employees are now back to work and the budget deadline has been postponed. No matter your political leaning, there was no way of avoiding the media coverage and chatter around the shutdown. Many Americans like to vent their frustration whether it is a product or their government and social media networks are often the go to place to do so. 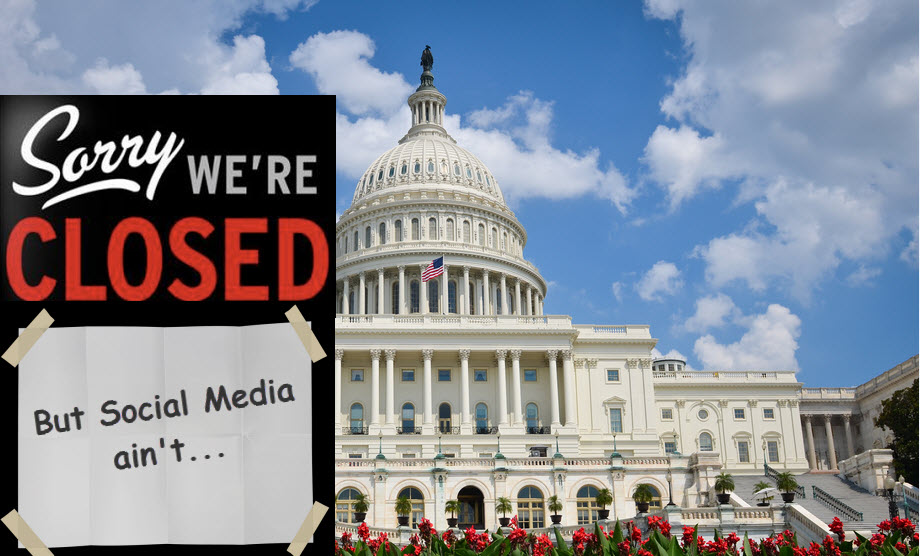 Social media certainly has its influence on consumer choices and the perceptions of brands. So what can SAP Social Media Analytics by NetBase tell us about the shutdown? Well, there were people talking about the economy right next to people making up pickup lines like, “Baby, my love for you is filibuster proof #ShutdownPickupLines”. Let’s break it all down and look at some interesting sentiment insights.

The sentiment that we are looking at spans the past 7 days. Many of the positive spikes in the timeline reflect clever and humorous tweets poking fun at the shutdown. Surprisingly, these jokes helped the shutdown garner a positive Net Sentiment score of 13% despite having an overwhelmingly negative connotation. Does this show that the majority of the people took the shutdown lightly? The highest point of activity comes after the announcements that the shutdown had ended. Think about it as a collective tweet of relief. 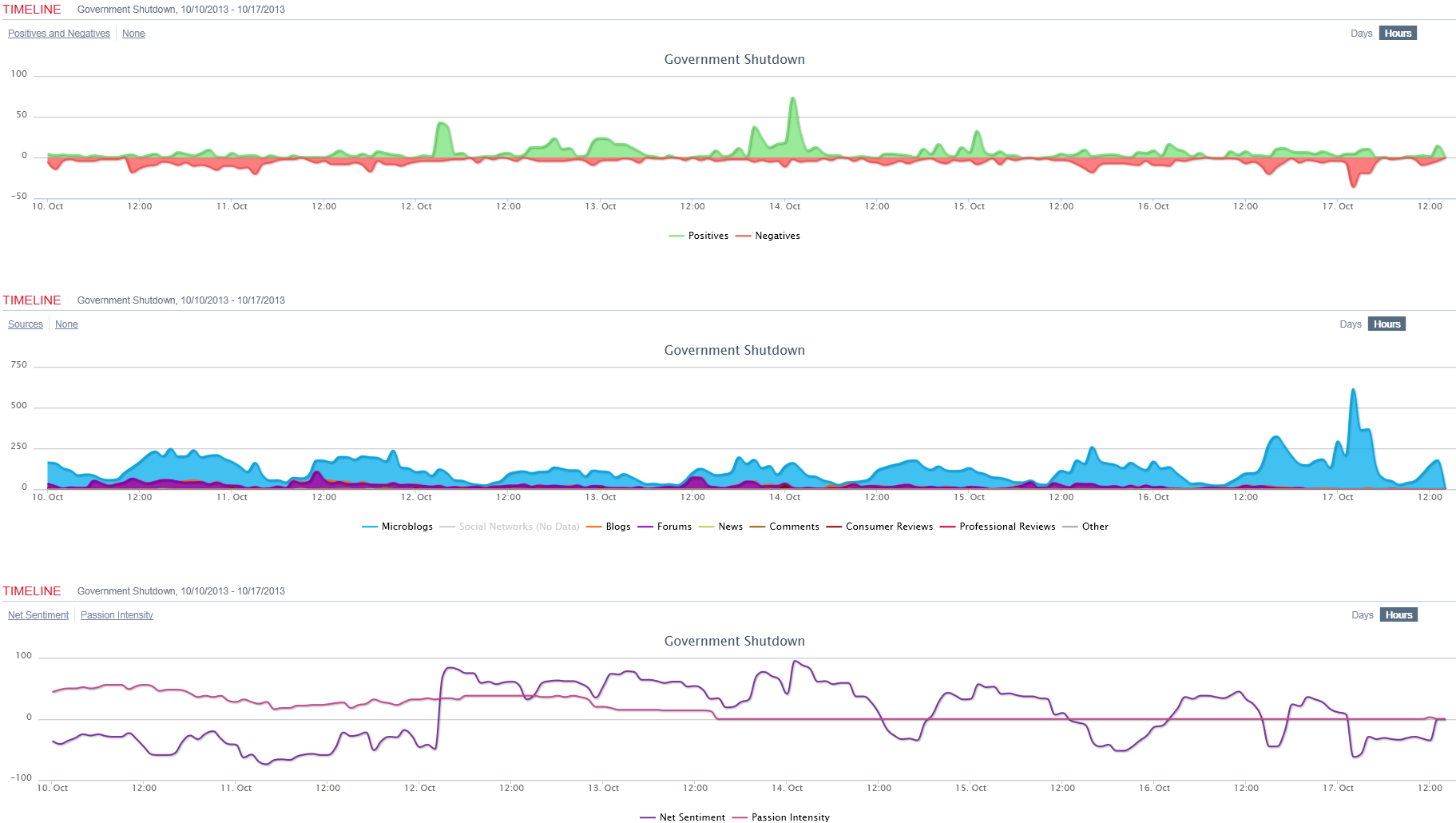 With the built-in Natural Language Processing engine, the solution can parse through the social soundbites and display the prominent behaviors, emotions and much more. An estimated 98 million people were reached with the sentiment we are analyzing. There are a lot of fingers pointing at Republicans and Obama as well, but the resounding message was calling for an end. The positive attribute “last longer” is actually connected to more humor around the shutdown lasting longer than Taylor Swift’s relationships. Each and every infographic can be drilled into and the stream of sentiment is always a click away. 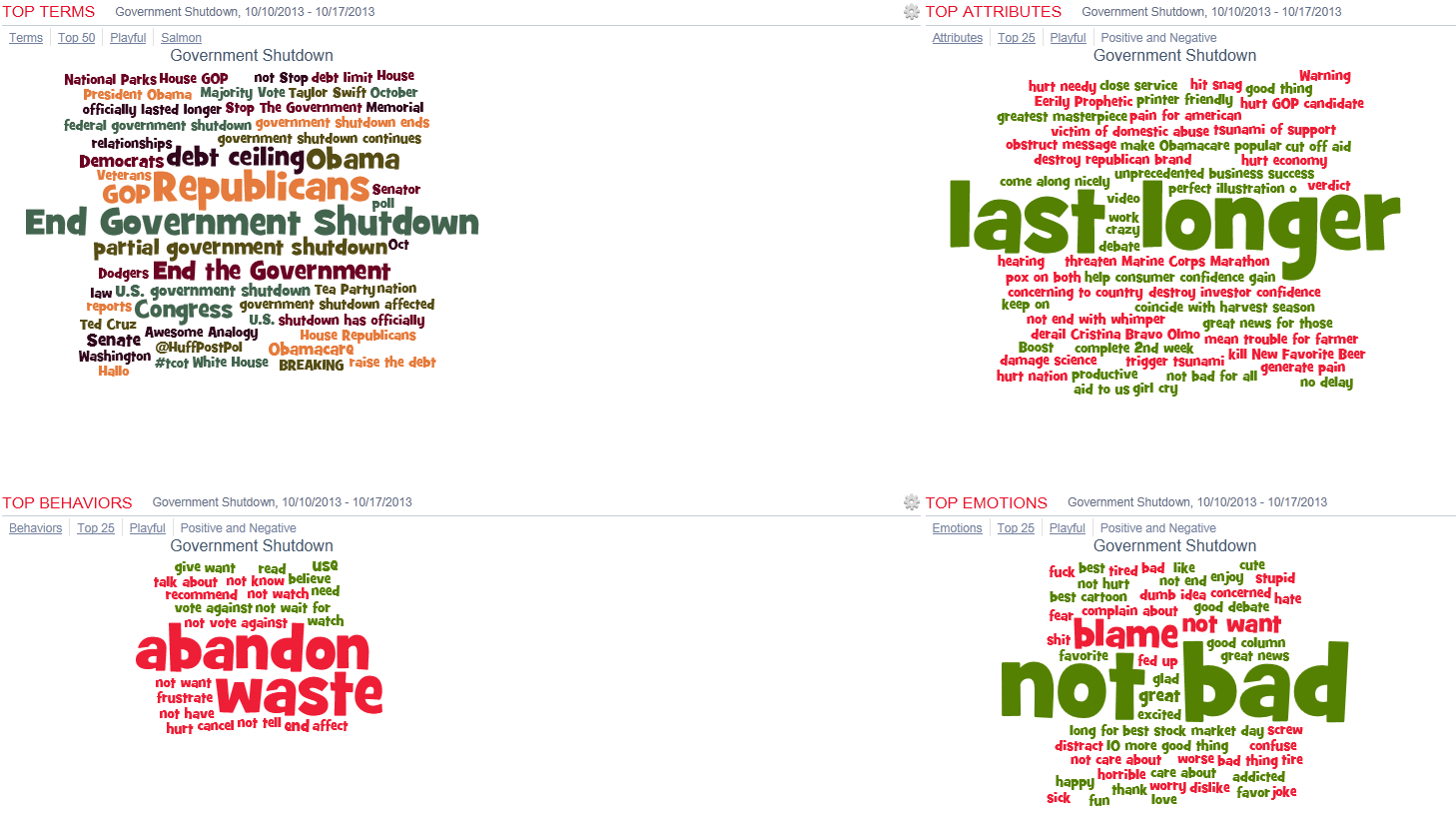 The New York Times and White House had plenty of commentary on the shutdown over the past week and their number of followers is reflected. As one can imagine, any business can pinpoint where sentiment is coming from and resolve issues before they get out of hand.

The constant coverage upset some people, but not everyone took the shutdown so lightly. With the government back up and running, it is interesting to see what people thought of it all. Did you think the coverage and chatter was a bit much or completely appropriate? What insights did you find most interesting or make you want to dive deeper?