Own logic in text processing – How to transport Include RV45TENN

To fulfill special requirements in text processing, it is possible to create customer own specific data transfer routines in transaction VOFM. The customer specific name space in this case is from 50 until 99.

An example for a created routine would be number 91, which then has as technical include name RV45TE91: 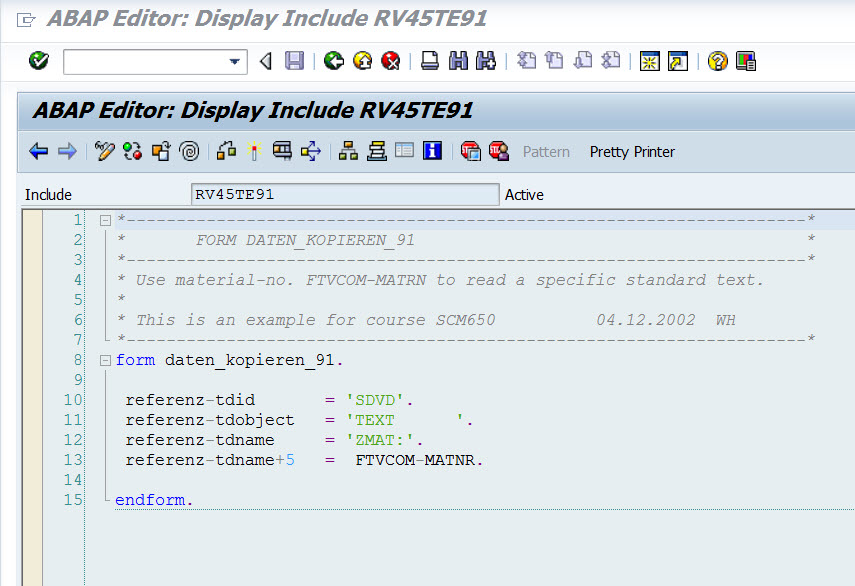 All created routines are inserted into the Include RV45TENN, which functions as the object holder of all:

Now of course after the creation of such an own text data transfer routine, it should be transported to the productive system. At this step you will face the problem that the include RV45TENN can not be transported.

This is due to its development class, the include belongs to package $TMP, which is for temporary objects: 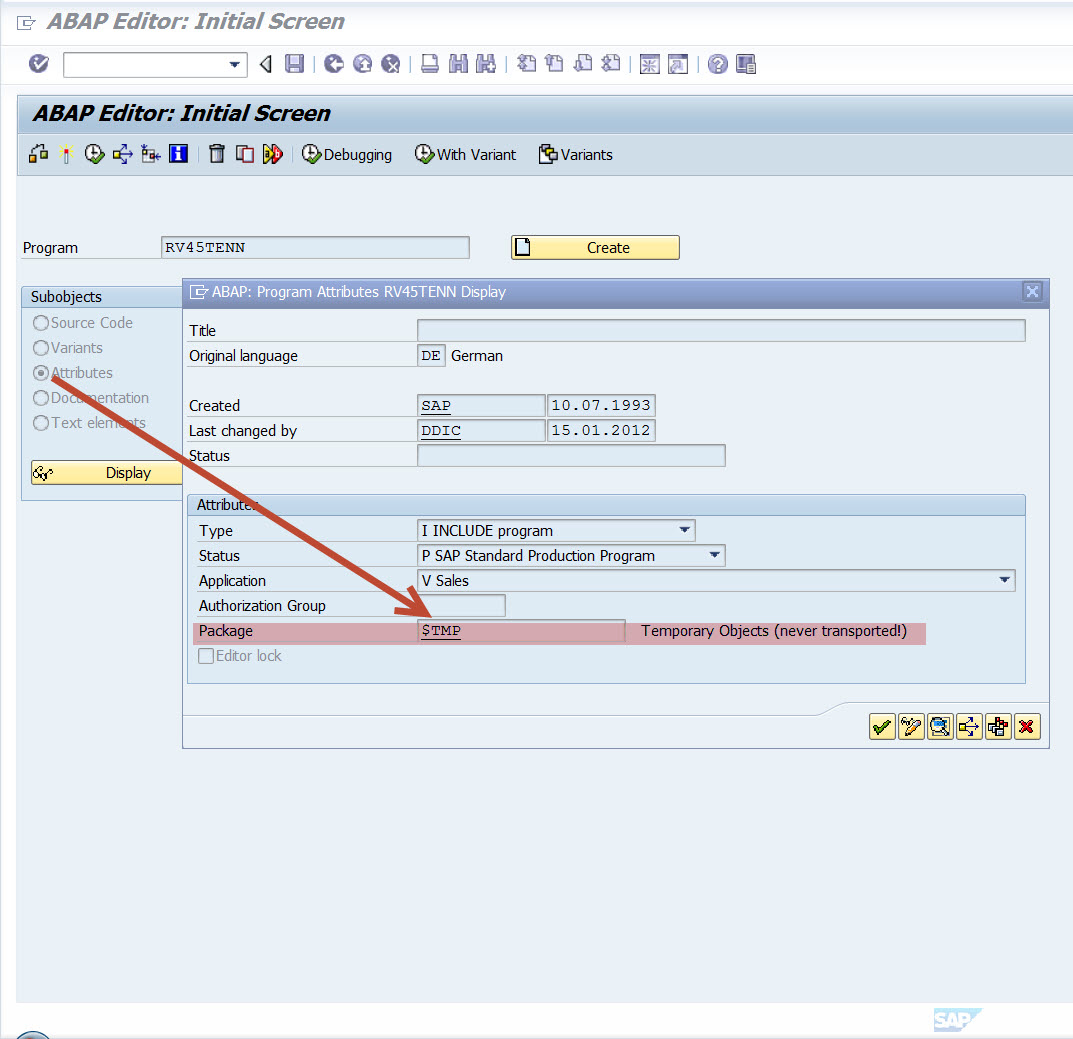 As temporary objects can never be transported, the transport of RV45TENN will fail with an error message.

To be able to solve the problem, the procedure described in Knowledge Base Article 1922260 should be followed. In the transport organizer tool (transaction SE03) the attributed package will have to be changed from $TMP to VMOD: 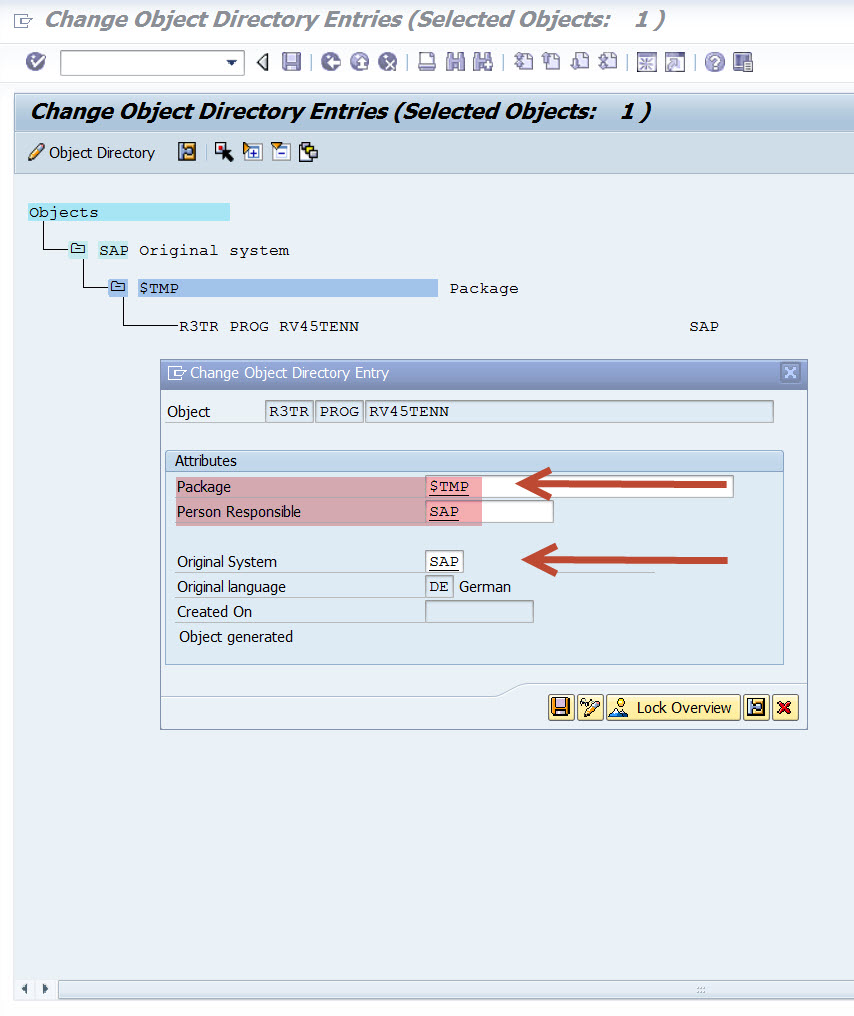 With VMOD the transport will become possible.