#Blurredlines: Are some of the world’s biggest brands turning into technology companies?

With no pun intended for this summer’s hit song by Robin Thicke, the lines between some traditional companies and technology companies as we know them, are blurring at a rapid pace. 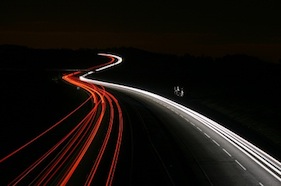 Some brands are clearly leading the way to digitally transforming their businesses at the very core of their products, services and corporate cultures.  In a recent study by MIT Sloan Management Review, 78% of executives believe that digital transformation will become critical to their organization within the next two years.  Furthermore, 1 in 4 executives believe the time has already come to implement  digital transformation across their organizations, and that doing so is already a matter of survival.

Yet despite the sense of urgency, executives cited a number of barriers that are preventing their companies from transforming as fast as they would like. A leading 39% of respondents indicated the lack of a “burning platform,” citing no sense of urgency. Not enough funding (33%) and limitations of IT systems (30%) were the next-most common organizational barriers.

To clearly illustrate that there is indeed a burning platform and a sense of urgency, we need not look further then some of the market leaders such as Starbucks, Nike and Apple who are all working furiously to  remove barriers and gain first-mover advantages in their respective (and adjacent) markets.

Starbucks is quickly turning into a technology company who just happens to be selling a coffee-drinking experience.  The numbers say it all:  94 percent of all Facebook users are either a Starbucks fan or friends with one and with over 3.4 million Twitter followers and 900,000 Instagram followers, Starbucks is the top socially engaged company in the world.

7 million active users are using Starbucks’ mobile payments system, which rings up an astonishing 3 million payments per week. The Starbucks Digital Network works to merge the in-store and online experience by providing unique access to premium digital content such as local news, reviews and the ability to check-in.   All in the spirit of creating and strengthening the relationship they have with their customers and at the same time, realizing efficiencies such as lower operating costs, powered by technology.

At Nike’s press event on Tuesday, the company introduced a new version of the FuelBand, claiming that making more friends on its social network will probably make you live longer.  While Nike insists they are not a technology company, they have been using technology for years to improve their appeal and engage with their customers.  The Nike+iPod partnership with Apple back in 2006 has created an engaging platform, which Nike is now using to capitalize on with the Fuelband and other connect devices. The Fuelband gives Nike access to reams of activity data, which it can use to do a broad range of things with, especially in the social space.

Last but not least, Apple’s announcement this week on hiring Angela Ahrendts to run their retail business sends a significant message that the lines are indeed blurring. Ahrendts is extremely astute in digitally transforming businesses.  At Burberry, Ahrendts openly embraced unique opportunities that social media and the online world could offer, which not only saw her tripling revenues to $3 billion and a stock return of 300%, but successfully revitalized a 150-year-old brand that had lost its way.

With the hiring of Ahrendts, Apple is making a clear statement that even a world-class innovator, sees a tremendous opportunity in placing strong emphasis on customer experience and they see Ahrendts’ experience in the digital space as key to evolving their own brand’s experience.

As these examples illustrate, there is indeed a burning platform and a strong sense of urgency.   Businesses must actively recruit digital-savvy leaders who have what it takes to transform traditional businesses into technology-driven companies and commit to a path of transformation.  There no better time to start knocking down those barriers!

Great article Reuven and agree with the 'blurred lines' (btw - can't get the darn song out of my head now;)).    Another example is Mondelez (CPG company of brands such as Triscuit & Oreo) creating the 'smart shelf'....http://abcnews.go.com/Technology/mondelez-international-microsoft-kinect-track-snack-buying-habits/story?id=20589644