A number of weeks ago I was discussing on Twitter if anyone knew of ways to create a BusinessObjects universe directly from metadata. Tammy Powlas kindly directed me to Sybase PowerDesigner as an example but as neither of us used it in our organisations I thought the conversation would stop there.

To my surprise when working with a new customer this week it became apparent that they use Sybase PowerDesigner and BusinessObjects ..  time to test it out ! 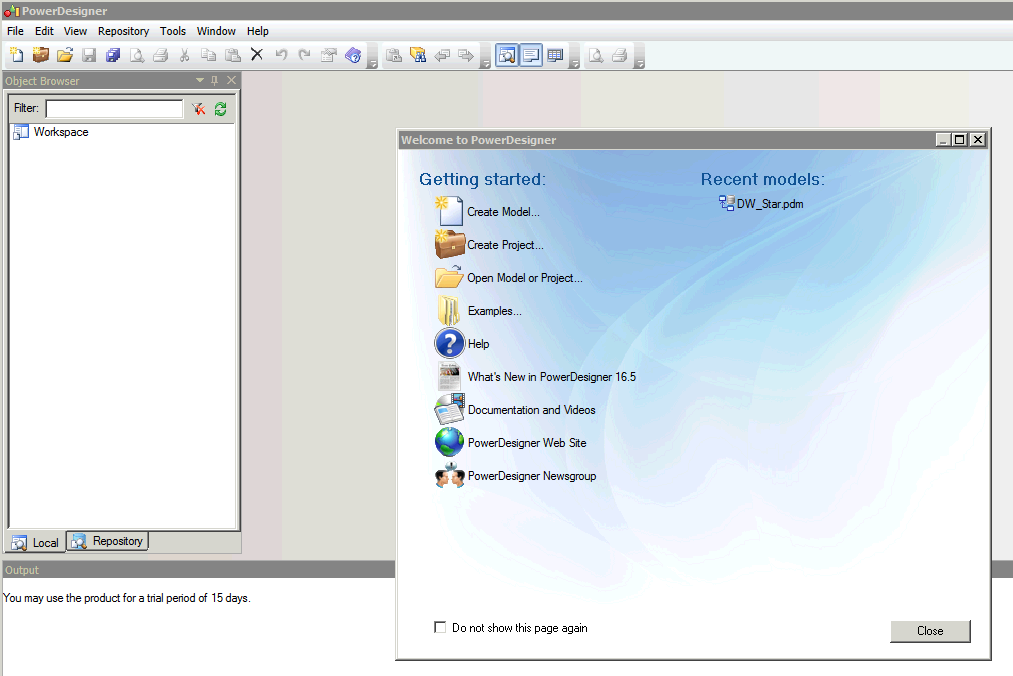 Open up the PDM file 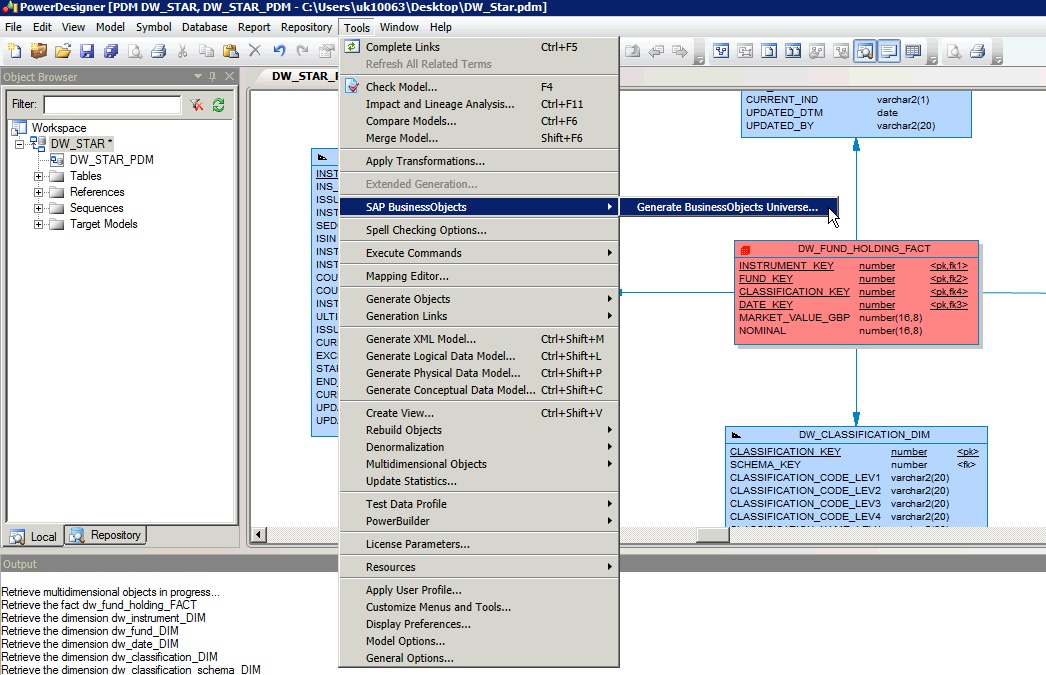 Kick off the Auto generate of the Universe 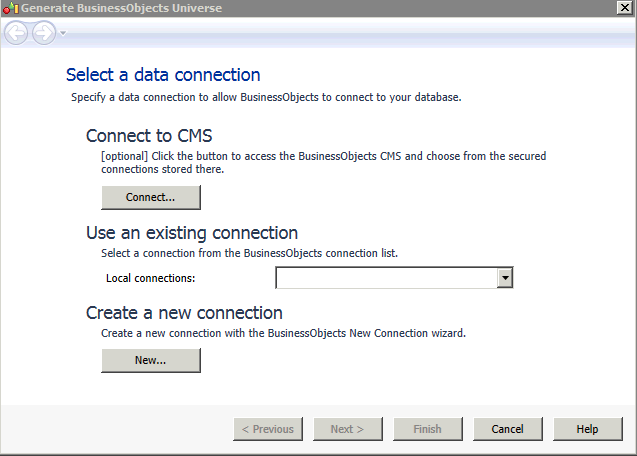 I found that when you select the Connect to CMS option, it looks like the application hangs !  But, this is not the case as it launched a logon box that is easily hidden behind the application window.  Use task manager to “Switch to”

Next there are some options 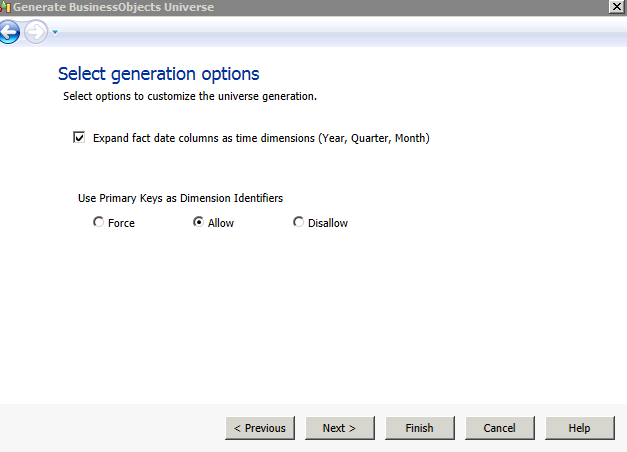 A summary and GO 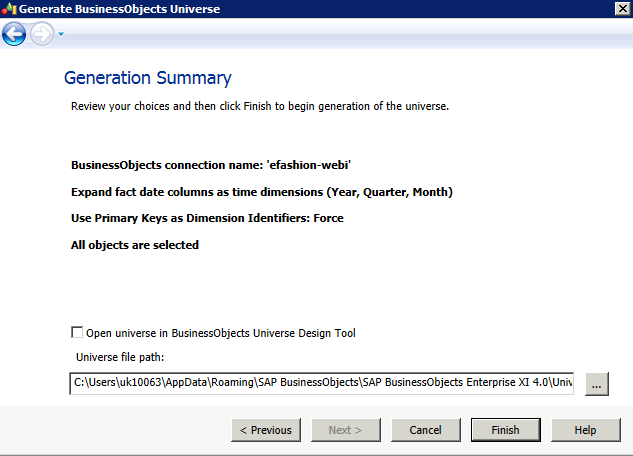 After a little processing in PowerDesigner a universe appears in the Universe Design Tool. 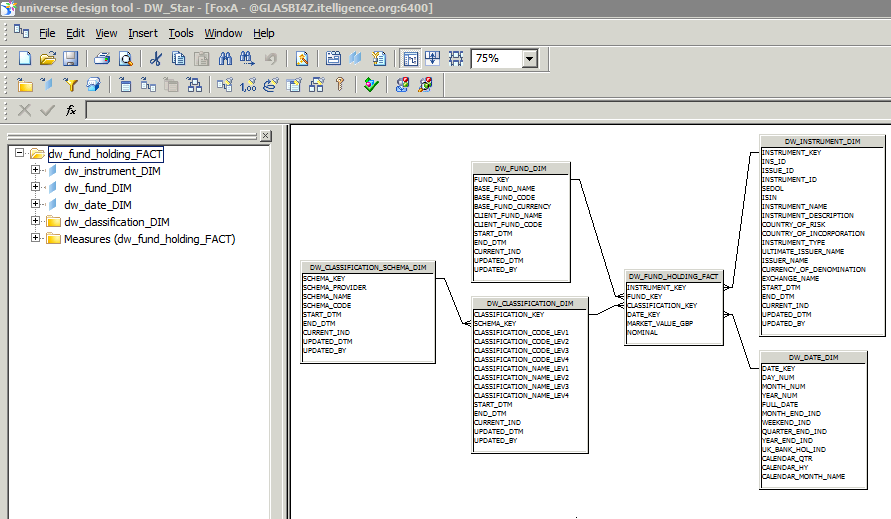 I was a little surprised that a UNV style universe is created rather than the BI4 UNX style.  The documentation screenshots show an UNX but it didn’t default to that for me.  Maybe a setting or Switch somewhere. My first impression was it all looked good, the tables were inserted and joins created, great.  But, just look at the objects….. Why oh Why create each field as a detail object under the the first non key related column in the data table ? These will need a lot of tidying and amending to get these in a usable shape for a user

Ok let’s assume we go through the pain and tidy up & fix all the objects and release the universe to users.  Now what usually happens in a project lifecycle, the underlying data-model changes with maybe new columns, new tables and joins

What should we do?     Go through the steps again?

I tried repeating the process all the way through and when you select publish to the BusinessObjects repository this WARNING message comes up.

I can only assume that the second iteration of the Universe automatic creation will OVERWRITE the initial one, and all the changes and amending of objects will be lost.  Not good at all.

I’ll dig deeper in PowerDesigner but initially it looks like the automatic BusinessObjects universe creation works functionally for a one off build but would I use it in the real world? I very much doubt I would use this feature of PowerDesigner due to the lack of running the build in many iterations over time to deliver incremental updates and changes.

Please feel free to add you experiences if I have missed any points of interest or not discovered the killer configuration switches to address this challenge.

I participate in designing this feature in PowerDesigner, and I would really enjoy discussing with you about its evolution in future releases.

Id certainly be happy to chat over the integration between the BO Universe and PowerDesigner.

Can you email me (@sap.com) to discuss it internally.

Guys, is it also working with Information Design Tool?