The NFL: An Industry Ripe for Disruption 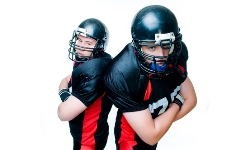 Industry disruption happens for many reasons. In the high technology sector, competitors are challenging the status quo with innovations like in-memory computing and mobile, giving organizations the opportunity to transform business models and in many cases, industries. But what if disruption isn’t sparked by an outside force, but the growing certainty that your organization’s everyday job responsibilities cause irrevocable harm to your employees? This is the challenge facing the National Football League in the United States today.

When I first heard about the devastating impact of head injuries rampant among football players, I wasn’t all that surprised. Repeatedly smashing your head and other body parts against metal and plastic over a number of years can’t lead anywhere that’s healthy. For the market at-large, it was a lot easier to shake off best-selling author Malcolm Gladwell when he compared football to dog fighting in a cautionary article in The New Yorker three years ago. Now the latest research from Frontline and (apparently reluctant) co-sponsor ESPN on how repeated concussions affect the brain, seems to have ignited discussions across the board.

One of my first thoughts after watching the Frontline documentary last week was about how Emperor Nero cancelled sporting events at the Colisseum for 10 years in ancient Rome because huge crowds of out-of-control fans and athletes caused too much mayhem, including deaths. Of course it’s not a perfect analogy but few are. Consider the sports imagery that permeates the business world. We talk about winners and losers, and regularly use phrases like “block and tackle,” “punt,” and “calling audibles” throughout the day in many workplaces.

As a Boston, Massachusetts baseball fan (go Red Sox!), I’m hardly sanguine about what’s at stake here. This is a $9 billion+ business that encompasses a huge sports ecosystem, including companies like SAP. Just as important are the contributions that sport teams and players make to charities and other worthy civic endeavors. Overall, sports have the power to bring communities together as fans share the exhilarating ride—even more so today with advanced technologies.

So what occurs to me is that this is really about sustainability. Just like any other business, the NFL is being threatened by disruption. At issue is how much responsibility they have to protect their employees from on-the-job harm. It seems that NFL Commissioner, Roger Goodell, has taken more steps than his predecessors. The latest is a $765M settlement that will diagnose and compensate 4,500 former players who contend that their injuries resulted in chronic traumatic encephalopathy (CTE) from the hits they took during games.

Yet it remains to be seen whether this latest report from Frontline will ignite real transformation. For that, we’d need a critical mass of concerned, informed moms who refuse to allow their young sons to compete in football leagues. We’d also need an attitude shift in aspiring (and likely star-struck) players to reject the high-risk/high-reward model they’ve been offered up as an exciting career path. Of course the foundational question is whether or not the NFL can transform its business model into something other than a ferocious spectacle of glamorized violence. Surely players and fans deserve better.

Thanks Susan for writing about this important sports topic. Unfortunately (and this is coming from a self-professed football fan) the NFL is way too powerful and popular to make any significant changes regarding head trauma. The challenge is to make the game safe while keeping the elements that people like about football (violence, collisions, gladiator mentality).

The $765 million lawsuit settlement stretches out over 20 years which is a drop in the bucket to the NFL. In return, they never have to reveal what they did behind closed doors to hide information from its players about the effects of repeated head trauma. That's really sad because the NFL just had to pay a little money to keep their files locked forever.

The other interesting aspect is the behavior of fans regarding this issue. We've seen that fans are indifferent at best about how NFL players treat themselves. For example, think about how football fans don't care when players get suspended for steroids - but go ballistic when baseball players use steroids. The one thing that will change fans' behavior is if they think their children are being put at significant risk. That's where the medical research and communication really needs to focus on to generate the critical mass you're referring to.

It will be interesting to follow. While I have serious doubts that the NFL will undergo major sustainable change in the near future, my hope is that youth football will at least be transformed so that kids aren't being put at risk before their brains are fully developed.

You're very welcome Chris, and thanks for your thoughts as well. I'm hoping that at the very least, the discussion continues out in the open. It's a time-honored clash between vested business interests and the health and safety of not just employees of the NFL, but thousands of youths who want to play the game. I totally agree--parents have more power than they might realize in helping to transform this particular business. Only time will tell.