How much ‘rest’ is the #SAP Social Sabbatical?

A week in Porto Alegre, and what a week it was…

Before I go on and talk about the project that I am working on with my team, I want to say a few words about the word ‘Sabbatical’ as we use it here in The SAP Social Sabbatical Program.

In Academia, the word is usually associated with a year, sometimes more (but at least a minimum of an academic term or semester) where by a professor in a discipline takes time off to pursue – as defined in Merriam-Webster’s online dictionary:

“… a period of time during which someone does not work at his or her regular job and is able to rest, travel, do research, etc.”

And I do think that such is applicable to many disciplines, including what we are doing at SAP, with one major caveat – The SAP Social Sabbatical is by no means a ‘rest’ as in Webster’s dictionary list of examples and what one would imagine as the first thing that comes to mind with the term; I would say the SAP Social Sabbatical is quite the contrary, and the thing to come to mind should be the other examples of the Sabbatical as in the definition.

Most of us in the team arrived in Porto Alegre on a Saturday, and Sunday was dedicated to orientation.

Here is the first time that all 12 members of #TeamGuaiba (our hash tag on twitter as well as our team name), met in person – and what a ‘reunion’ it was. Reunion – cause we all have met already, albeit virtually, for over a month. But true to its nature, a face-to-face can’t be replaced by any technology that exists today with the same intensity and feel. (Maybe teleporting someday…?)

Lots of details I could talk on what happened this Sunday, but suffice to say that the outcome – a very important team bonding, unity and a sense of common direction with a better and clearer understanding on the way we all work and create outcomes on achieving these common directions or tasks at hand. (btw this was just the beginning…)

Daniel Elliott, our program manager from Pyxera Global (SAP’s implementation partner for the program) and Jan Seger representing SAP, officially launched the projects by describing the overview of the program, roles and responsibilities of all parties and a brief SOW (Statement of Works) of the projects. Later, with individual introductions completed, we all went on our individual projects with our host companies.

My teams’ project owner happens to be the host for the kick-off meeting, and we immediately set a corner table in Nos Coworking to ‘break the ice’ as the saying goes – and start a ‘deep dive’ on the scope and details of our project.

Now, for all practical purposes – Monday afternoon was the end of the ‘rest’ as in the dictionary meaning of it.

Our Project, at 30K feet view, is to come up with a viable plan for the rehabilitation of the 4th district of Porto Alegre.

In the four and half days since, we have traveled in the 4th district of Porto Alegre, to do first hand research on situation that exists today; we have talked to and interviewed at least a group or an individual per day, and we have set aside time to do a design thinking exercise to make sure that we have captured all the insights from the conversations that we had to better understand why things are the way they are in the 4th district of Porto Alegre.

The project is a mammoth task. Lots of information exists in silos and we have to get more insights from various people and companies interested, invested, living in or otherwise in the district to transform and rehabilitate the district.

Lot of ideas and visions do exist… and so do successes and failures in similar scopes in various parts of the world. 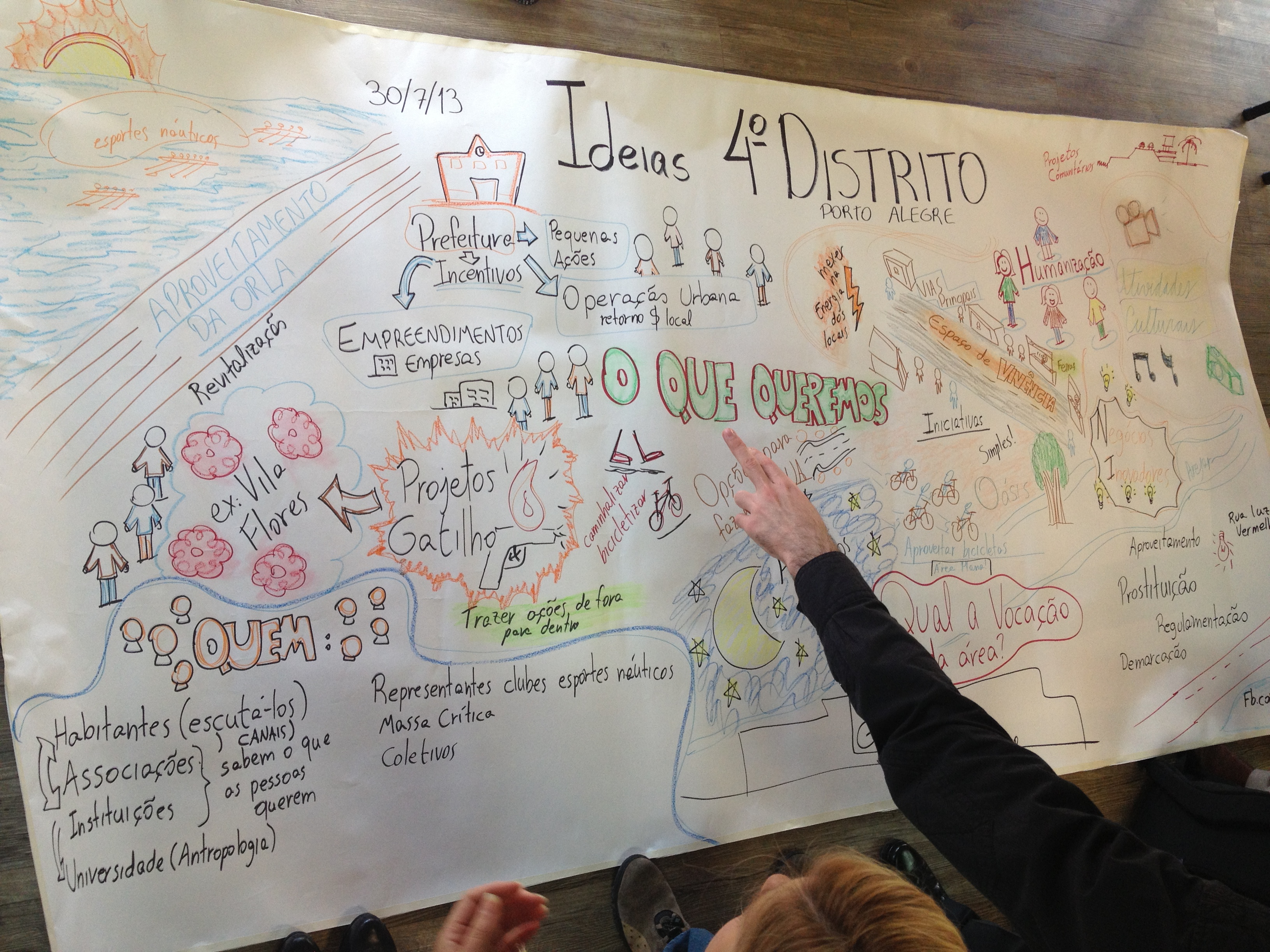 Vetting the ‘doable’, providing valuable ‘insights’ on innovative ideas, as well as bringing these ‘down to earth’ into a viable and actionable deliverable is our task.

With my team @Sarah and @Piotr – we do have the right skill sets and experiences to deliver on such, and such is what we are here to do in our Sabbatical.

Now, this is a sample of a SAP Social Sabbatical.