Advocating for Immigration and Tax Reform in D.C. During a Shutdown

As a representative of my employer, SAP, I recently participated in the Fall CEO Washington, D.C. Advocacy Trip to lobby for tax and immigration reform on the hill. This trip was organized by the Silicon Valley Leadership Group.

Approximately 50 CEOs and senior leaders from Silicon Valley’s business community made the trip east this time, despite warnings of the impending government shutdown. Our delegation represented public and private businesses of all types and sizes, from starts-ups to well established firms. Add to that a handful of elected officials from various Silicon Valley cities including Mountain View, San Jose, and Redwood City, plus a member from the California State Assembly. 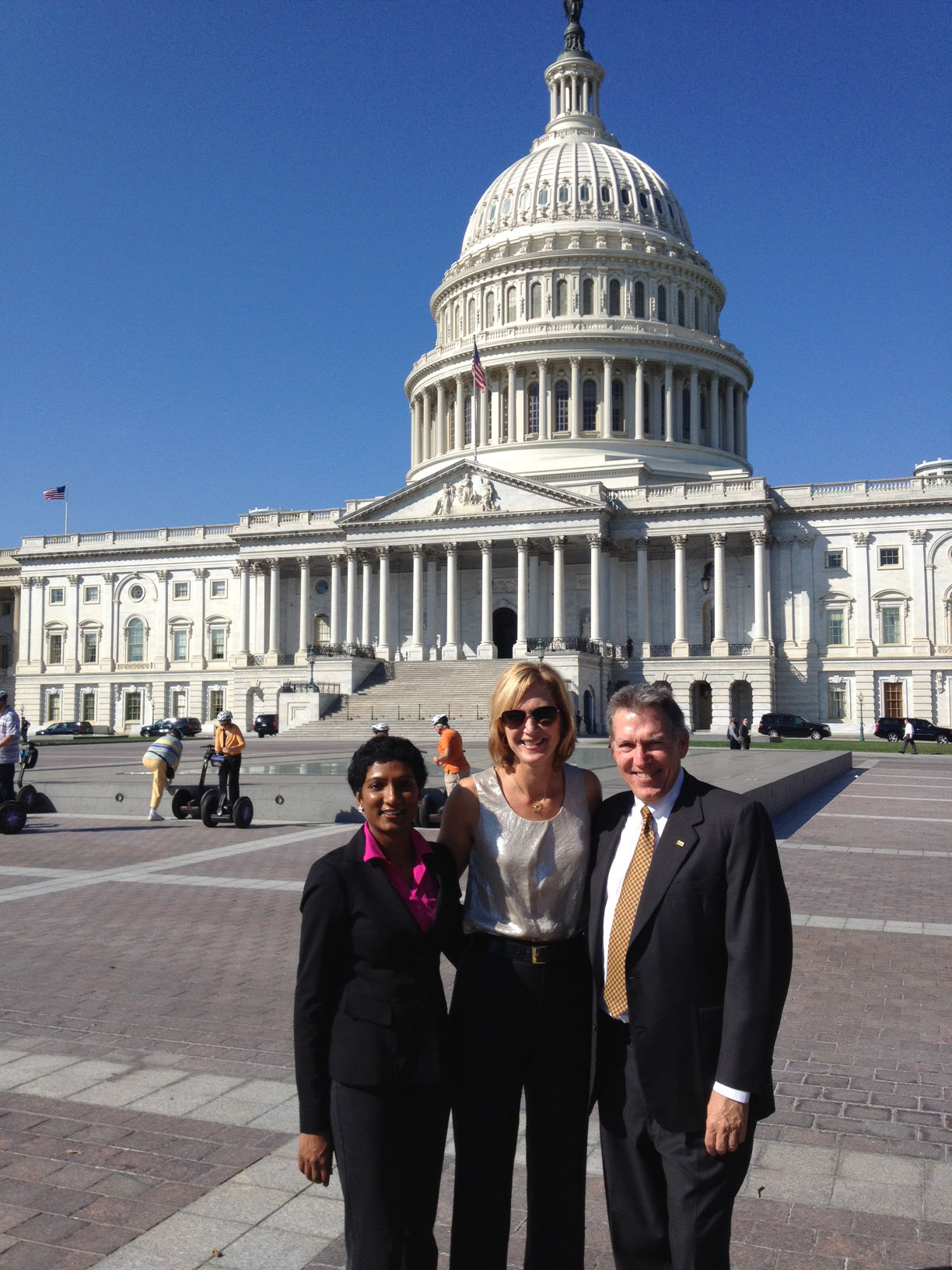 As it turned out, our trip happened to coincide exactly with the government shutdown. We arrived on October 1st, the first day of the nation’s governmental closure.

Despite warnings that there would be long lines at security checkpoints to get into the House, Senate and Capitol, my “teammates” and I breezed right through, each and every time. Congress was available to meet with us and we did not have to cancel any scheduled meetings but one. 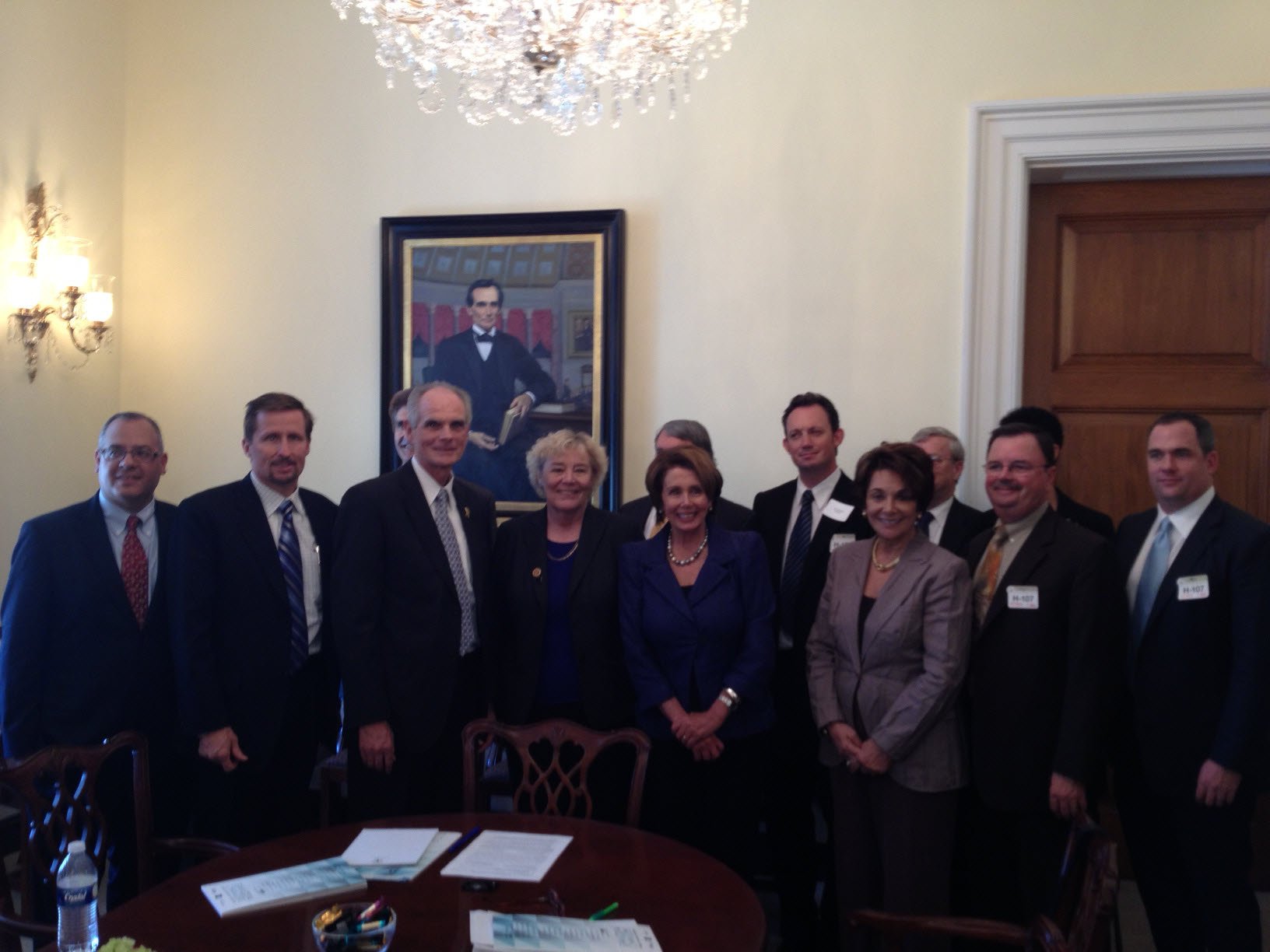 As it turned out, the biggest effect of the government closure on this particular trip pertained to our meals.

Our scheduled breakfast meetings with elected officials were still held “over breakfast,” just sans food 🙂 , as the caterers serving the US Congress were furloughed. We were also scheduled to have a beautiful dinner at the US Botanical Garden in the conservatory building, but alas, this too was moved due to the fact that Garden employees were told to stay home.

Because of the pressing topic of immigration reform, we partnered with the California Strawberry Commission, the San Diego Chamber of Commerce and the Western Growers Association when meeting with over 65 elected US House and Senate officials. We stressed the importance of “high-tech, low-tech and no-tech” immigration reform.  Those of us in the Silicon Valley high-tech industry know that we are short on technically skilled workers. This reality dictated one of the main talking points: H-1B visas.

But, what might be less well known is that in California, we also desperately need “no-tech” visas for our farm workers.  California’s 81,500 farms and ranches received a record $43.5 billion for their agricultural output in 2011. [1]   We need to ensure that, in the future, we have workers who are willing and able to harvest our local produce. We can’t afford to see more strawberries rotting on their vines because we don’t have worker visas for day laborers. Hence, this was also a pressing discussion topic. In our meeting with Senator Feinstein (D-CA), we spent a lot of time on the topic of US Intelligence (she is the chairman of the Senate Select Committee on Intelligence). The Senator is a firm believer that the US needs to be able to harness data from individual’s records (like cell phones) in order to stay ahead of possible terrorist attacks.  She is also very concerned with cyber security and the vulnerability of US global businesses. The Senator urged for shared responsibility around this topic and also stressed that we need to be very concerned with piracy and the known fact that business secrets are being stolen constantly by individuals in other countries, like China.

My favorite meeting of the trip was with Representative Jim Cooper (D-TN-05). I have never heard such candidness from an elected official before. Ever. Representative Cooper admitted the system was broken, that many in Congress were dysfunctional and that the government shutdown was downright embarrassing.

He asked that we “not shoot the messenger” for admitting that he firmly believed that immigration and comprehensive tax policy would not be passed any time soon (we had heard otherwise from most every other member of Congress). His unique solution to this D.C. challenge was to recommend that we stop raising campaign funds for our members of Congress, specifically those of influence. He was adamant that this would change their behavior immediately. I happen to agree.

Shutdown = Hurts All of Us

While this government shutdown might continue for a few weeks, I’ll leave you with a “funny” segment I heard on the Rachel Maddow Show while flying back home from D.C. on October 3rd. Ms. Maddow called attention to Republican Texas Congressman Randy Neugebauer who berated a park ranger for doing his job, enforcing the shutdown of the World War II War Memorial.

Start at minute 9:33 of the video to watch this particular segment. 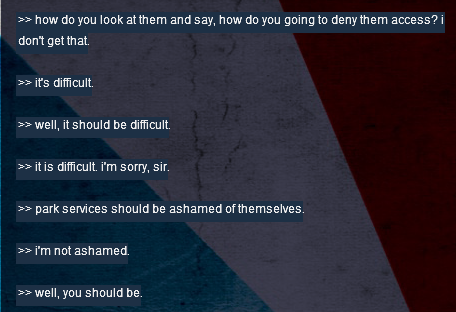 Once Congress reopens the government and resolves the debt ceiling crisis, they need to focus on meaningful immigration reform. (And I don’t care whether it’s comprehensive or piecemeal).  If you live in the USA, I urge you to write to or call your members of Congress, particularly in the House, to petition them to move forward on this important policy.  It’s the right thing to do for our economy and our workers.

Please join the discussion on this topic via the comment section of this blog.

I was surprised to see that the Congressmen and women were having their meetings with you during the shut down; that is uplifting.

I guess, they are still being paid, so they should be doing their jobs. Which sounds like would be a good idea in general :-).

What are most of these members of congress, mayors and other dignitaries like? Generally friendly or aloof?