Creating your own Keyboard shortcuts for HANA Studio

In this document, I am going to share with you how we can create our own customized Keyboard Shortcuts.

We can change any existing shortcuts and we can also create new shortcuts that are not available in HANA Studio.

For this we will have to navigate to: Window -> Preferences -> General -> Keys

You will see the below screen: 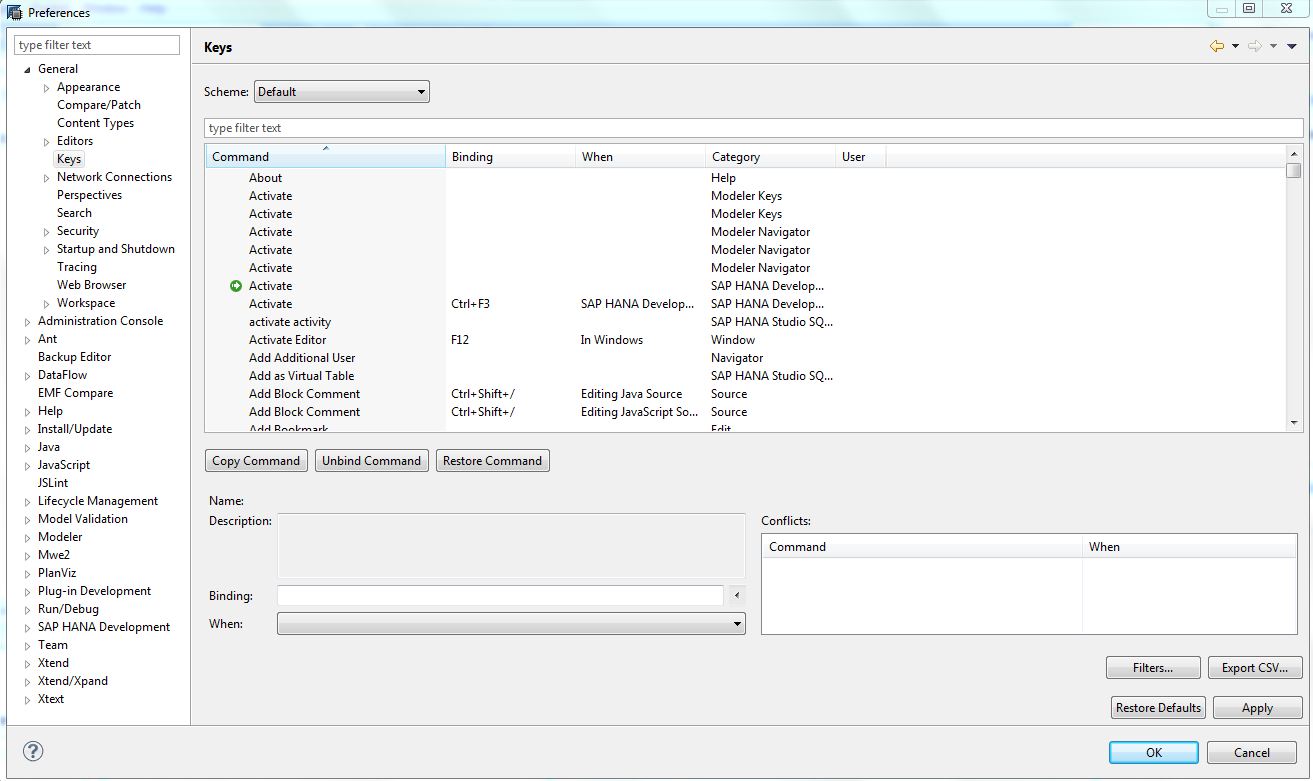 From above image, we can see that we have two drop down menus – Scheme and When and few other fields.

We have three Schemes in there: Modeler, Default and Emacs as shown below:

Default and Modeler are almost same and have same options in When Drop Down menu as shown below: 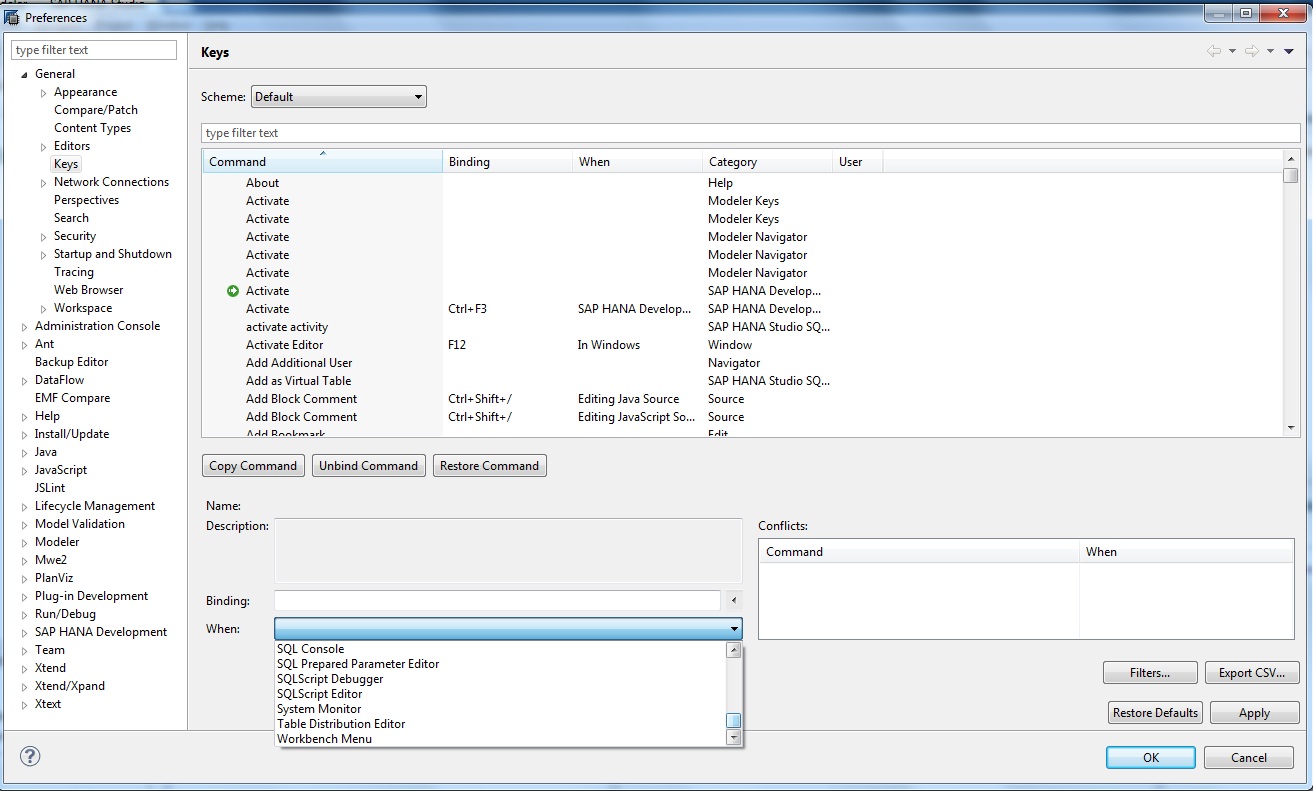 Scheme Emacs is for Editor Shortcuts and it has different options in When Drop Down menu as shown below:

I am using Default scheme in this document.

So now lets say I want to create a new shortcut so that I am able to see all the perspectives and then switch to the one I want.

For this I will type “perspective” in the filter box and I will get a list of all available options as shown below:

Now I want to create a shortcut for “Show Perspective” but as seen above no shortcut has been assigned to it.

So for assigning a shortcut, I will go to Binding box and press the Keys – lets say I pressed SHIFT+P. It automatically types in the keys when I press.

Now I will go to When Drop Down menu and select where I want these keys to work – Lets say I selected “In Windows”.

The binding value “SHIFT+P” is now mapped to “Show Perspective” and I am ready to use the shortcut now.

So now when I will press the shortcut “SHIFT+P” in Windows, I will see the below screen: 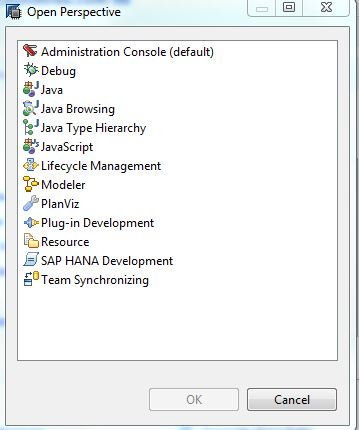 Generally as a Modeler we create a lot of Views, but there is no shortcut to create any View directly.

So lets create a shortcut to directly create a New Calculation View:

Lets say I gave binding value “ALT+C” for creating a new Calculation View as shown below: 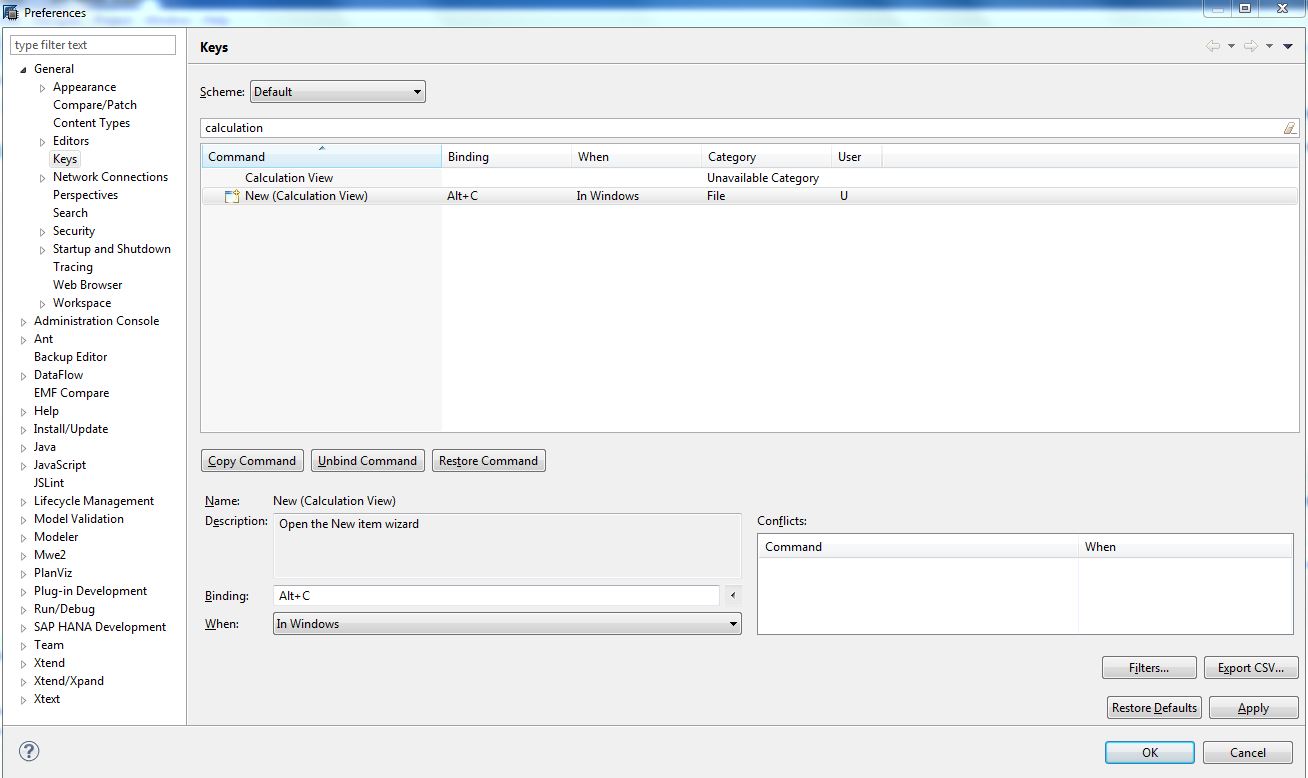 So now when I will press the shortcut “ALT+C” in Windows, I will see the below screen: 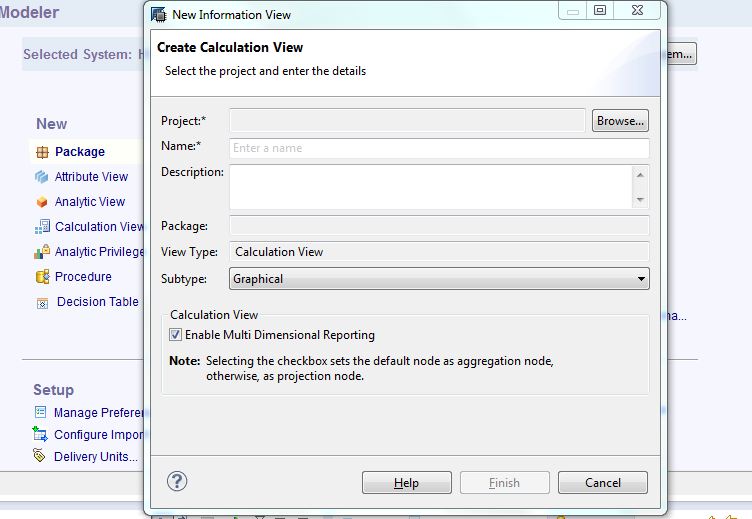 If you all remember in the first Image, there is a Conflicts box at the right hand side, so lets discuss when this box will come in use.

As shown above I have already mapped “SHIFT+P” to “Show Perspective”.

If i will try this, i will see Conflict in the Conflict box as shown below: 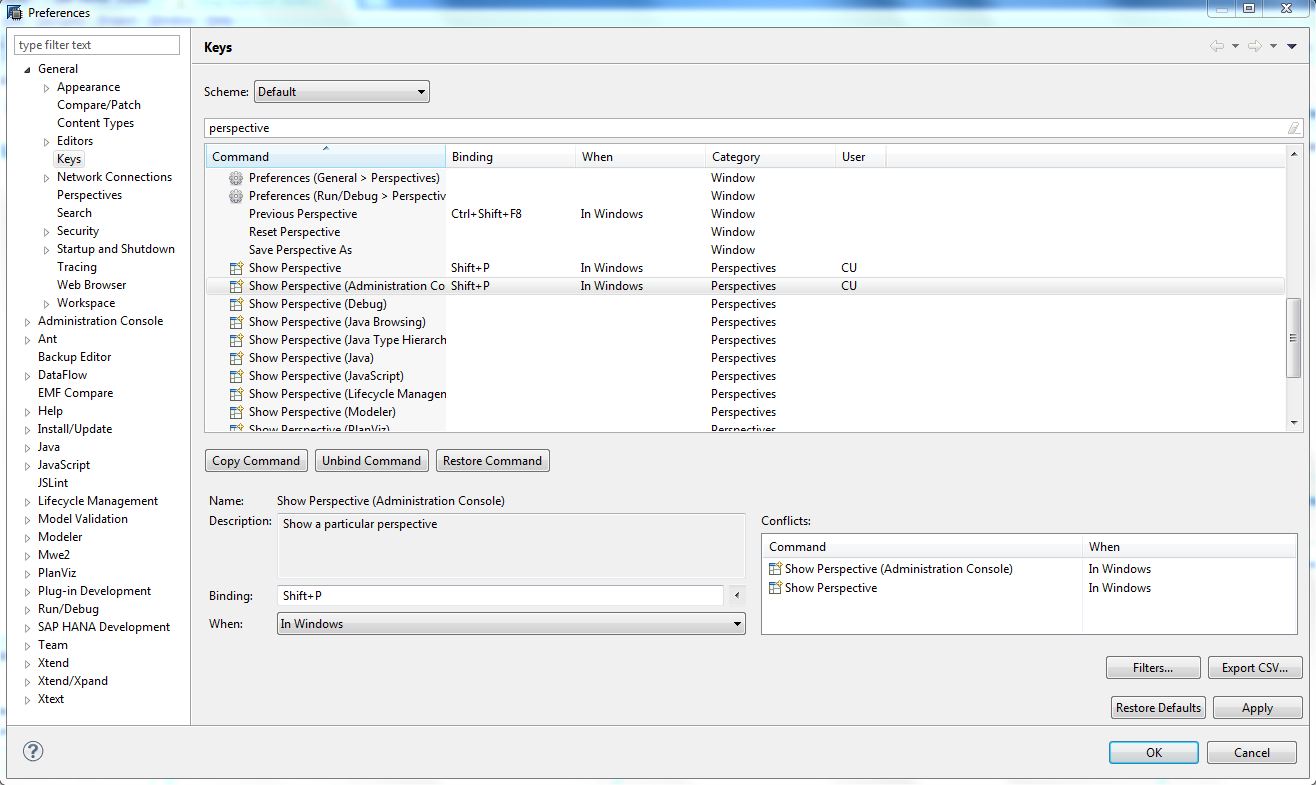 From the above image, it is clearly visible that “SHIFT+P” combination is mapped to two commands.

So now we can easily change key combination for one of the commands and resolve this issue.

Similarly, if we want to change binding for any command, we can select it and then select Unbind Command.

Similarly, if we want to restore any Command to its default, we can select Restore Command.

In this document, I just showed you a couple of shortcuts that I ceated, similarly we can create any number of shortcuts in HANA Studio.

Thanks for reading my blog

Great stuff. Keep posting. Thanks for your efforts vivek

A lot of thanks for your support Raman 🙂

Good stuff, will be helpful

Thanks for Sharing the second doc vivek

Awesome work Vivek. Thanks for the detailed explanation.

thanks for posting on this topic.

I find it quite hard to figure out which context I have to chose, when trying to assign a new shortcut.

Let's say I opened a table via SQL editor (Ctrl+Shift+T).

Now there comes the table editor. Nice. I would like to have a data preview on this table via a keyboard shortcut now. How can I achieve this?

(I'm also happy to get to know where to assign a shortcut when having selected a table in the systems view - for which there is a context menu entry...)

Thanks for your appreciation

If you search for data preview, you get only few options in the Keys Preferences and if you see When Options, there is no option for Find Table, so I guess it might not be possible to get data preview directly from there

Will check more, if found a way then will let you know

thanks - that's a nice one in this context.

Nevertheless there are a lot of other things I would like to have shortcuts for.

In the keys binding dialog there are plenty of options for sometimes the same thing (e.g. 'data preview', (filter: 'sql) -> 'execute' (8 times).

How can I figure out, which is the right 'Category'(ok, that one's most likely just the folder it's going to get saved) and the right 'When' ?

My straight forward approaches did not work...

Thanks for the great info Vivek!

I have a problem - I can't see the 'Validate Syntax' button that comes in the 'Expression Editor' - when I create a calculated column in Calculation View. This is a real big headache as I can't validate anything unless I activate the view.

I have this problem in both HANA Studio and Eclipse both. I am on latest versions in both cases. Any help from any one would be really great!