Simplifying a multi-screen transaction with Personas

Most of my previous Personas blogs have looked at techniques for building a launchpad for users, so that they can do everything they need from the main SAP start screen without ever running, or at least being aware of running, any SAP transactions. Once the launchpad is built, though, you do need to look at the transactions it, well, launches.

Many transactions will just need fields hiding or moving around into a more logical order. Some require more work. One of the most complex transactions used by our users and the one with the largest ratio of content displayed to content required is IW33. It is complex for several reasons. First there’s content spread across 10 tabs and some of those tabs contain more tabs, and despite all those tabs you still need to scroll the main “header” tab to see everything on it. Worse, there’s information that isn’t on any of those tabs and you have to delve into menus or even other transactions to see it. In particular, my users need to see the settlement receiver (from the Goto->Settlement rule menu) and the long text description of the fault from the corresponding notification (accessible via a button on the Header tab). So when a user looks at a notification, to get all of the information they need usage looks like this:

A little rearrangement of the transaction content, plus a simple (for a change!) script produces a Personas version that works like this: 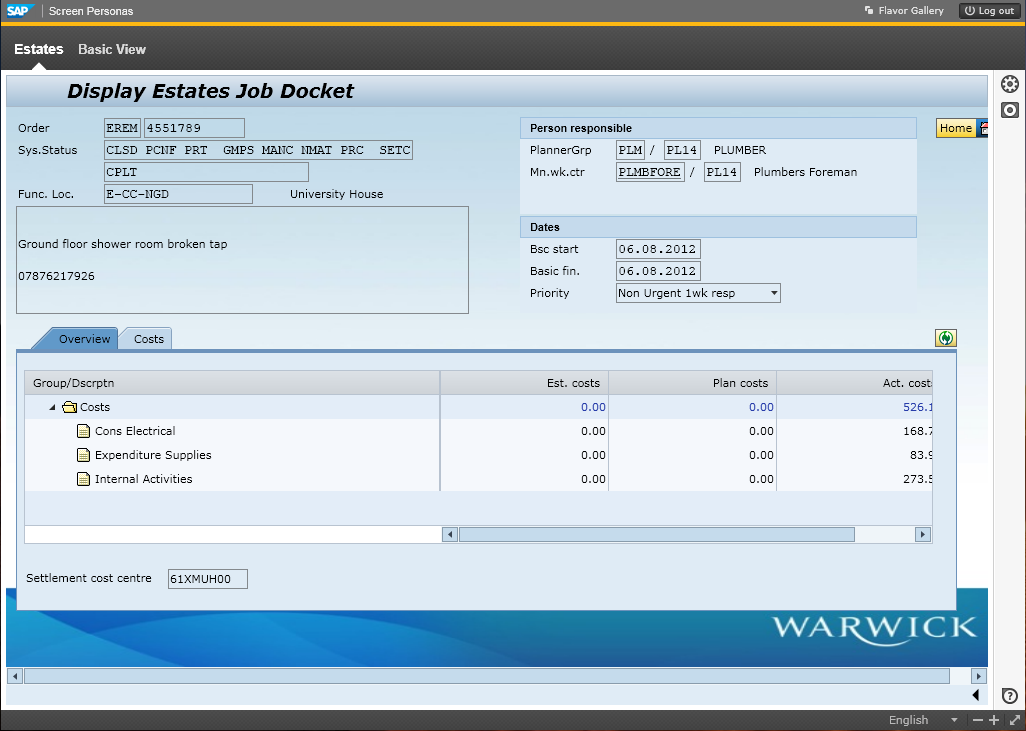 Yes, that’s an image not a video. Everything our users need is on that one screen. Content from multiple tabs is merged into a single screen and a script fetches the settlement receiver and the notification long text and puts them in added custom fields. How much easier is that!

The script to fetch these values is pretty straightforward. Steps 1-5 go to the settlement rule via the menu, copy the settlement receiver and paste it back on the IW33 main screen. Step 6 selects the “Header” tab where the notification display button is. Steps 7-10 display the notification, grab the long text and come back again. Step 12 grabs the short text from the service order which is merged with the long text using a little Javascript in step 13 before pasting it on the main screen in step 14. 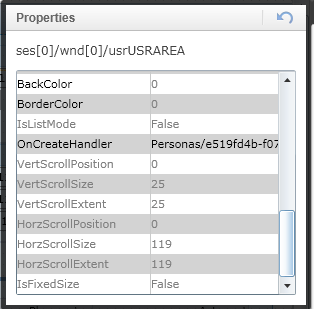 Now, whenever the IW33 screen is rendered with this flavor, the script on the button will be invoked. Be careful what you do with such a script, though. If you aren’t careful you can produce a flavor you can’t edit, if it always fails while on a different screen from the script button! I suggest only adding the OnCreateHandler property right at the end, once you’re sure the script works correctly. During development, stick to manually pressing the button to test it.

Oh, and once everything is working correctly and the OnCreateHandler property is set, you can hide the script button. The user doesn’t need to see it.