What if you never had to stand in line for a drink? And what if a store rewarded you for not standing in line?

A national coffee chain thought their patrons were spending too much time queuing for java, so they installed SAP-powered mobile kiosks as part of a Boston-based pilot program to let customers order via tablet computers. Baristas get to concentrate on making drinks, members get to sign in quickly, and their drink orders get priority.

Here’s where it gets tricky: There’s a window of opportunity between when customers sign in and when they place their orders. Retailers typically have about 30 seconds to offer deals to their online customers.

But they only have two seconds to reach their customers on mobile devices.

“Within two seconds, if you cannot process their data, make them an offer [and] give them a coupon, you’ve lost the upsell opportunity,” SAP Executive Vice President Chakib Bouhdary (pictured) said Tuesday. “But if you can do it within two seconds … people want 30 percent more than they normally would have bought.”

This means more than selling a croissant along with the coffee, according to Bouhdary. That’s because kiosk users also tended to return to the coffee shop three times more often than the traditional queuing crowd.

This is where mobile meets big data. One of the retail megatrends Bouhdary discussed at the SAP Retail Forum 2013 (@SAP_Retail), the combination of mobile and big data will play an increasingly important role in generating relevant offers for customers.

Opportunity Knocks Back Some Joe

The retail megatrends, which also include the customer experience and redefining the value chain, are an opportunity to bring together the worlds of business processes and information platforms, Bouhdary stated. This would involve:

This may seem extreme, but so are the changes driving transformation and innovation in retail and other industries, Bouhdary stated. Success in the future will depend on having organized and structured data readily available in real-time, whether it’s from social media, video or other unstructured sources.

How Showrooming Can Improve the Customer Experience Across Retail Channels

Global Retailing: The Promise of Omni-Commerce 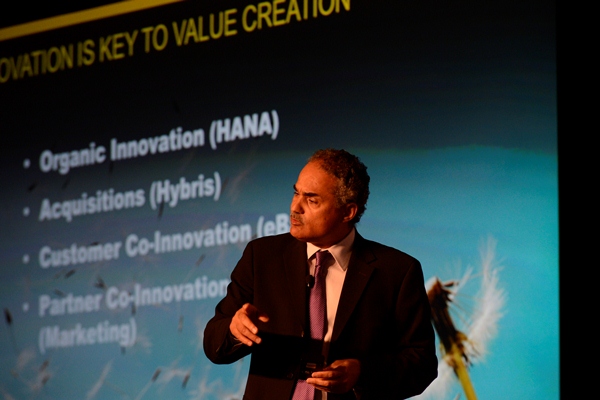