So today using Twitter I selected 6 teams I thought would win – well, I was wrong, as the Seahawks lost and so did the Bears.  Maybe I should start looking at data, instead of going with my “gut” feeling? 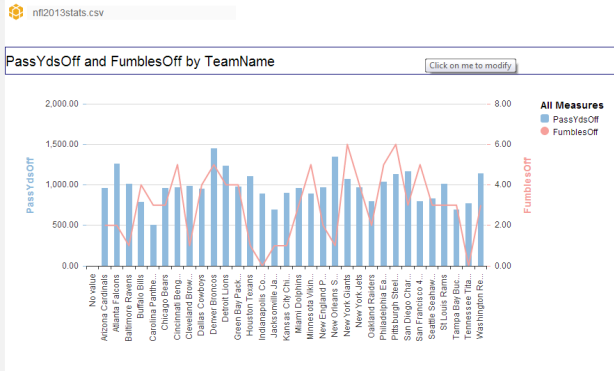 Just for fun I looked at who has the least number of fumbles, but it is confusing with a combination chart.

So I decide to filter for Green Bay only, as it is a team I follow: 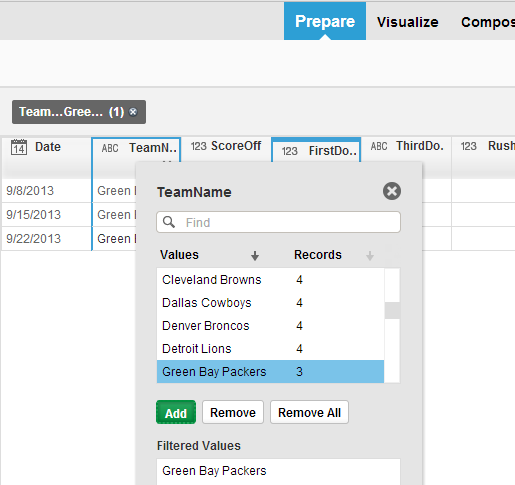 One thing that Sam Ko pointed out to me – what to do with bye weeks, when the teams don’t play?  I will have to “ponder” that one when comparing overall team statistics.  Maybe just look at averages? 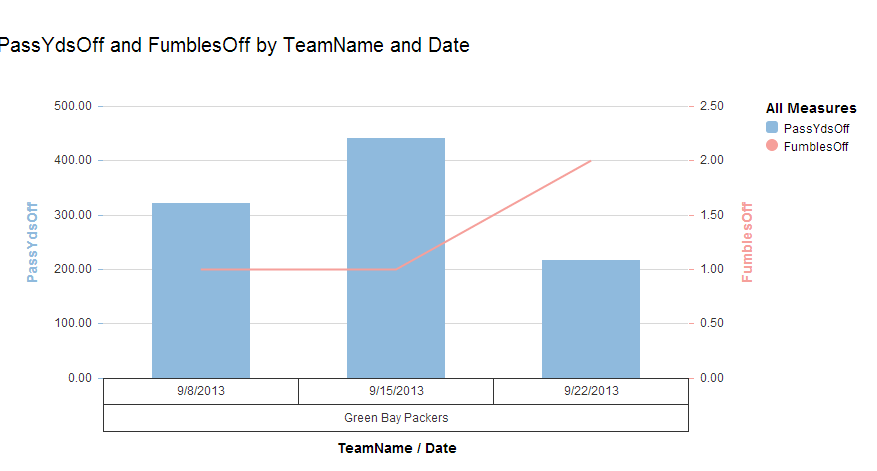 With Green Bay, you can see by the statistics that they lost the game on 9/22, as they had a high number of fumbles with low passing yards.

The easily won 9/15 against the Washington football team with over 400+ passing yards (courtesy of Aaron Rodgers as quarterback).

Their first game they lost to San Francisco but it was a close game. 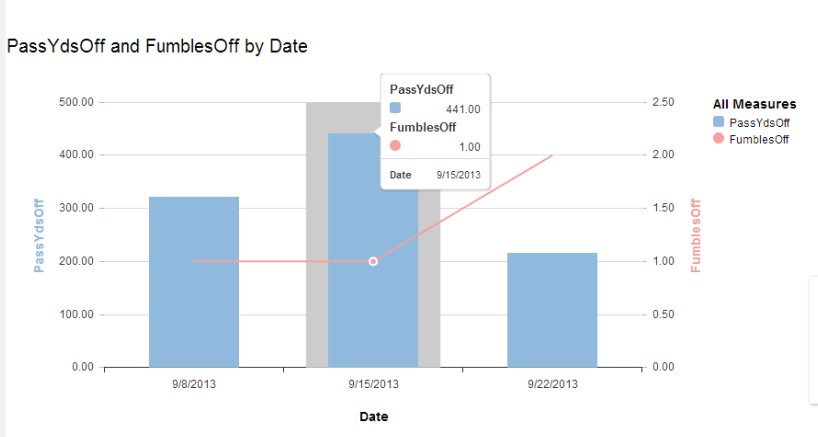 What is nice is if “hover” over the 9/15 game you can see that Green Bay had 441 yards in passing in the game they won.

Looking forward to playing more with the NFL data as the weeks go by.