Workforce Analytics Isn’t Just About What You Know, But How You Know It

The amount of current, active data maintained by many organizations is now routinely measured in terabytes. To provide some perspective, Aberdeen Group in 2011 described small data as referring to an average of 1.3 terabytes of active data, while large data denoting an average of 190 terabytes of active data. Such figures represent vast amounts of real information that potentially could be applied to making optimal workforce planning decisions. Yet Aberdeen also reported that knowledge workers, such as business analysts and HR business partners, spend 2 to 3 hours per week searching their data warehouses for needed information, a pesky challenge that interferes with increasing demands for 24 hour or less turnarounds of requests for reports or analysis.[1] 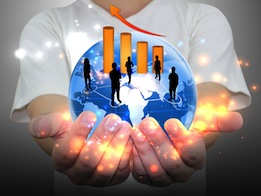 Nevertheless, advances in data provisioning and in-memory computing provide businesses with such speed and flexibility that complex tasks that only a decade ago consumed weeks can now be completed nearly instantaneously, with larger organizations enjoying greater capacity to exploit these advances.[2] However, such power does not by itself improve the quality of workforce planning decisions, and requires users of workforce data to understand the unique environment their data describes, in addition to their data.

Data-driven processes are nothing new to business. The entire value chain, including formulation of strategy, monitoring of production by statistical process control, transporting raw materials through supply chains and goods to market, and most recently, customer relationship management, is characterized by rigorous analytical methods that require well-maintained databases.

Yet there are limits to these established analytical methods. During the transition to the post-industrial, global economy, many businesses find they are no longer able to create significant value simply by “going leaner.”[3] As more industries are seeing leading companies approaching parity in the operational efficiency of hard assets,[4] the value of a company’s intangible assets, particularly those residing in the unique capabilities of their people, has become widely recognized.[5] Additionally, due to uncertainty in the global economy, many companies remain highly risk-adverse toward incurring labor costs related to excessive hiring, turnover, or possible layoffs should conditions worsen suddenly.

For these reasons, the need for managers to know their workforces has never been greater. As companies’ ERP’s mature, computing power increases, and warehouses of data are accumulated, the ability to measure and control this last frontier has become a priority in many businesses.

Winning requires more than one “I”

Historically, talent development has been concerned primarily with individual performance in all categories of employees, due in part the early development of personnel evaluation techniques, and the fact it is often much easier to observe, measure, and manage individual behavior than group behavior. In the last decade talent management has narrowed its focus to senior executives, certain star performers in key roles, and instances of exceptional individual performance. However, such a focus can be risky, as serious doubts about the portability or replicability of superstar performance have arisen, the global talent elite has become more mobile, and unwittingly perverse performance incentives contain increasing risk of driving unethical behavior.

More immediately, such myopia can easily result in misidentification of the most appropriate roles for persons to perform optimally, causing potentially high performers to leave for a competitor who can provide a better match. It can also take the focus away from addressing skill shortages, a problem for many industries that is exacerbated by high unemployment, which makes it even more difficult and recruit workers with needed skills. For example, a 2011 study by Deloitte Consulting and The Manufacturing Institute estimated that up to 600,000 jobs in the U. S. manufacturing industry remained unfilled in 2011 due to employers being unable to find skilled workers to staff the positions (compared with approximately 3.5 million job openings and 14 million unemployed), with 67 percent of participating manufacturing firms experiencing a “moderate to severe shortage of available, qualified workers”, and 56 percent “anticipating the shortage to grow worse in the next three to five years.”[6]

Businesses are not the only ones moving away from the idea of talent being an individual phenomenon. Recent academic interest in high-performance teams and organizational citizenship have given rise to a broader notion of talent, one that is characterized by an influence of social capital, and employee performance as a function of a sense of belonging to a high performing group. People analytics that focuses exclusively on individual performance will neglect these emergent, but no less powerful aspects of business organizations.