My first look at Lumira

So today I’ve looked into the SAP Lumira software and I had a lot of fun messing around and making some interesting graphs.

The dataset I’ve been looking into is the olympics data since I’m a sports fan and I thought it would end up with some interesting scenario’s.

The first scenario I came up with is a simple one just to test out the software and look at what it can actually do.

In this case I wanted to know who the athlete is with the most medals won in the olympics.

As you can see, the results are nicely presented and the result is very clear.

In this case I wanted to try to add some more attributes to the graph and make a more specified graph. 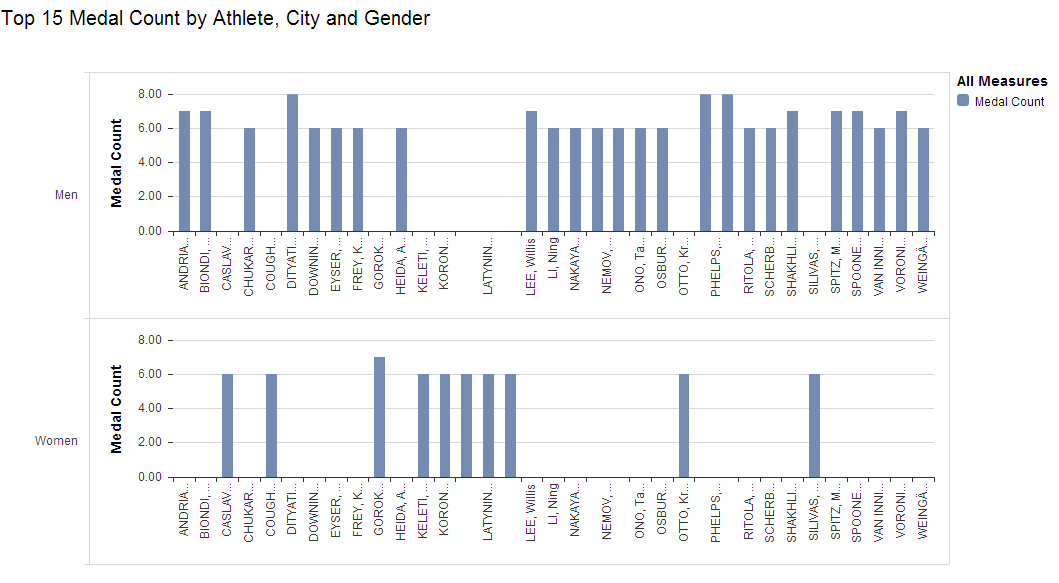 In this graph I wanted to know who earned the most medals in what city and divided the graph into 2 parts where you can easily find a difference between gender.

In this case I messed around with some settings and different attributes and measures. 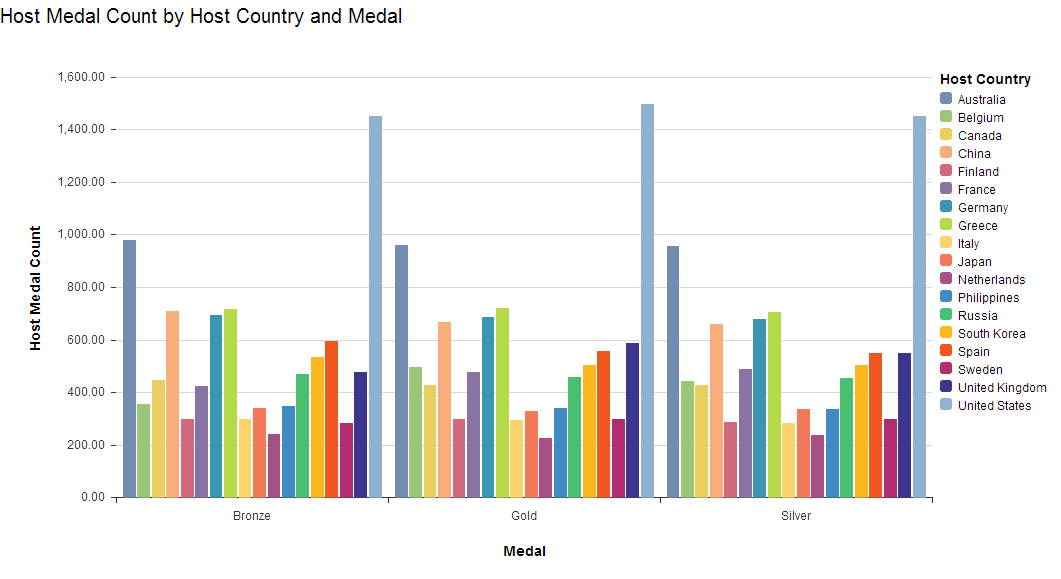 Eventually I ended up making a graph showing which type of medals has been earned by the host country in their own games.

So in this scenario I wanted to try out a different graph and I’ve always had a weak for line graphs so this is my result. 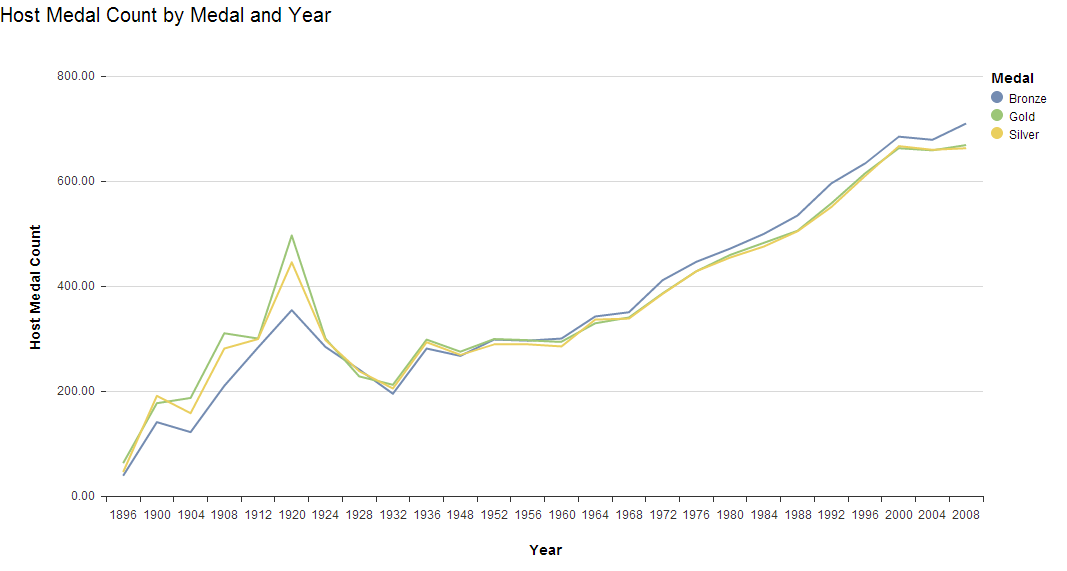 Here I looked at the amount of medals the host country won, categorized by type of medal, over the years.

This graph actually turned out to be quite interesting if you know what country hosted the games in what year.

For my last scenario I wanted to use a different type of graph, add some attributes and mess around with filters and came up with the following. This graph really made me realise how powerfull the software actually is and what you can achieve with it when used by the right person.

After making the graphs, I found out that it’s also possible to make storyboards which are very interesting and come in handy for quickly make complex and nice looking graphs and maybe place them on 1 screen. 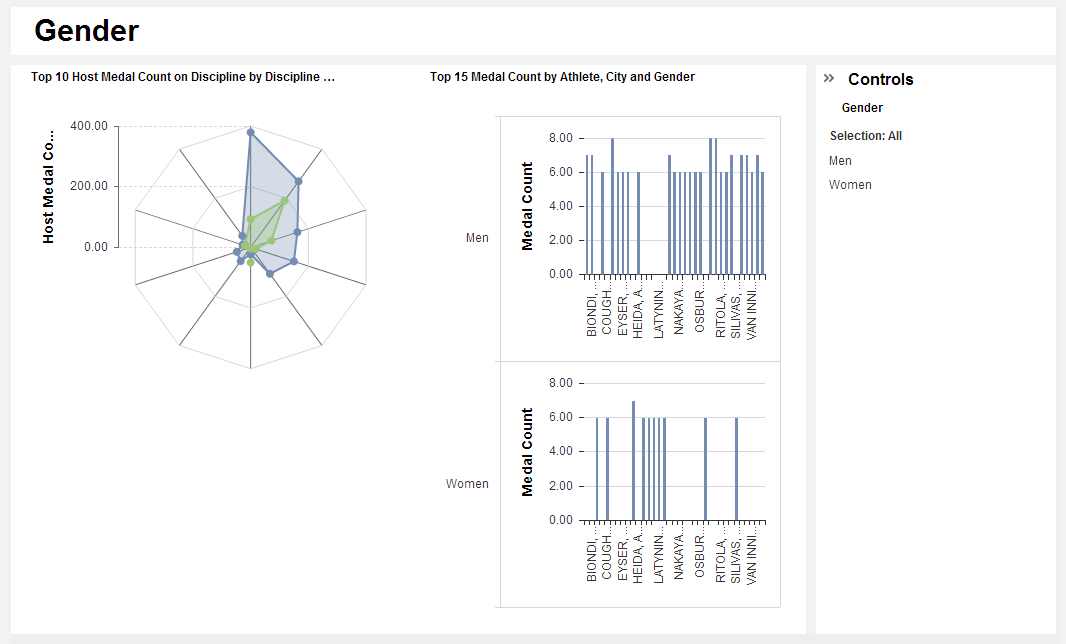 With this technology, it is also possible to give the chance to the user of choosing if they want to apply your preset selections.

I was surprised in the capabilities of the SAP Lumira software in a very positive way.

It gives you a wide arrangement of different types of graphs and quite some different possibilities within that type.

It generates very quickly queries making the software easy to use.

I had a lot of fun testing out the SAP Lumira software and I recommend everyone to try it out.

Lumira is Interesting, Isn't it?

It's really very interesting and the possibilities are almost endless once you know how to use the tools that are available.

I will certainly try to dig deeper into Lumira in the future.

Yeah, I agree with what you say, I am also working on getting more into Lumira.

Thanks to SAP for that Trial Version.

I am also looking forward to use this software for first time after reading your blog .