Use of Interpret result as Boolean Value (True=1;False=0) in formula variable with an example

With this document i will be showing the functionality of  “Interpret result as Boolean Value (True=1;False=0)” in formula variable with a simple example .

Requirement : To show in the output of the BEx report only paid invoices.

As we can see below from the master data of “ZINV_NO” , there is a Paid indicator (display attribute of ZINV_NO) which tells us whether its an “open invoice” (with a blank space ” ” ) or a “paid invoice” (with the value “X”).

Follow the below steps to get only paid invoices amount in the output of BEx report based on the Paid Indicator(ZPAID):

In the BEx query designer make a New formula(For Ex : Paid Amounts) and in that make a new formula variable with the following settings in the general tab : 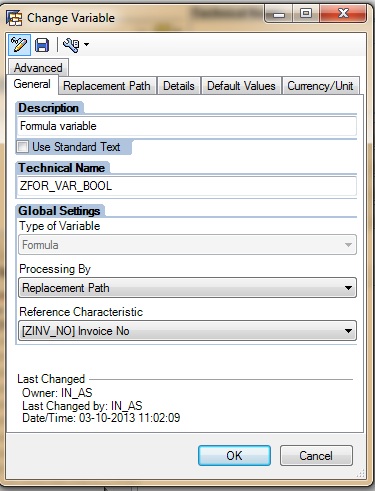 Go to the replacement path tab and maintain the following settings:

And select the checkbox “Interpret Result as Boolean Value(True=1; False=0) 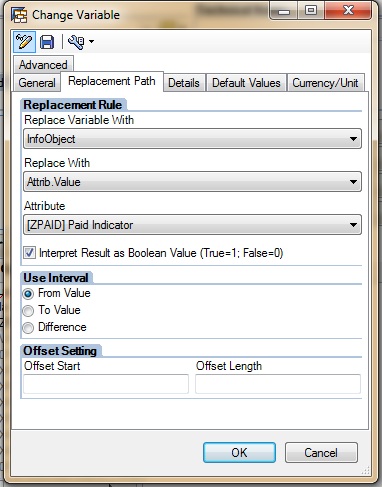 Now multiply this formula variable with the amount keyfigure from the infoprovider : 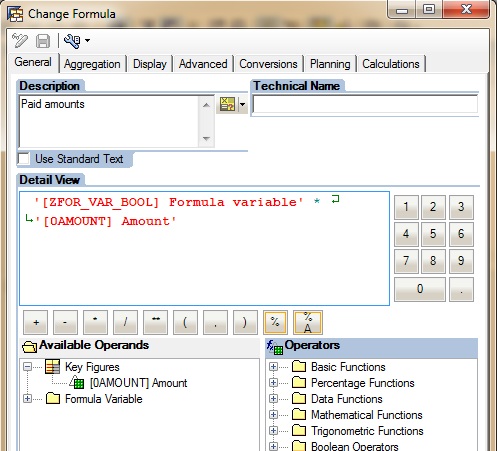 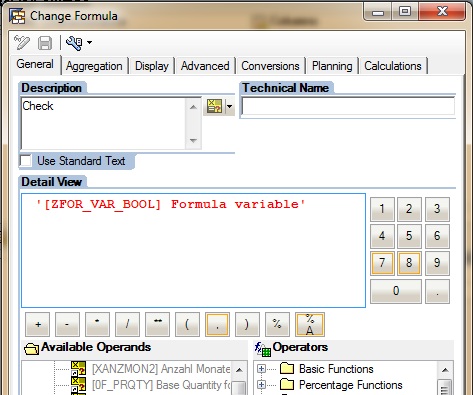 Finally your BEx Query designer should look like this : 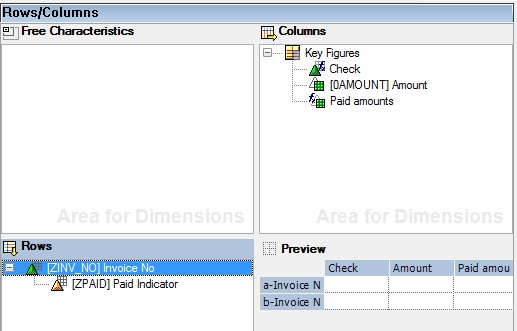 Execute the report to see the output.

Hope the above explanation was useful.

All comments and suggestion are welcome !!

Will keep up the good work !!

Its really helpful, thanks for sharing with screen shots.

Thx for the valuable comments.

I am glad that its helpful for you.

thank for sharing your idea.

Thanks for your valuable comments and yes I will keep exploring.

Thank you Ashutosh. .That was some useful piece of information. I always wanted to know what this option did but never cared to try it out myself. 😛

Thx for the valuable comments.

And I am glad that you now know this piece of information through my document.

Thx prabhit for your kind words !!

Thanks for the appreciation. I will keep sharing new ideas with you guys.

Thanks sree for the valuable comments !!