The world portrayed in Star Trek and The Matrix is not far off from today’s world of extreme and rapid innovation. Companies of all sizes are developing and cultivating technology that we never thought possible and are even bringing it to the masses. Every day I read about some new technology that’s radically changing the business world and our everyday lives from a soccer ball that can generate electricity to teeth sensors that can improve hearing. It’s truly amazing.

Recently I had a discussion with senior vice president of SAP Imagineering, Denis Browne. The role of Denis and the Imagineering team is to discover the next big thing for SAP by working with customers to explore disruptive technology and develop long-term visionary projects.  The small team is a positive disruptive force within the four walls of SAP, asking the tough questions of why, why not and what if. I had the pleasure of speaking with Denis about what lies ahead for businesses and consumers with advancing technologies in resources and manufacturing.  While manufacturing is not the sexiest topic, the simple truth is that it is a huge component of our world.

Denis presented on Future of Manufacturing at KIN Global 2013, a summit held by Kellogg Innovation Network where global innovators convene to collaborate on solutions to global challenges. In his presentation, Denis explained that over the next ten years we are going to witness some profound changes in manufacturing that will create massive ripple effects, drastically disrupting business models, ecosystems and supply chains.

The Changing Face of Manufacturing

Over the last 40 years, the manufacturing industry has been shifting into the area of mass automation, personalization and mechanization and it will continue to do so over the next decade.  More and more we are removing people from dangerous or repetitive jobs and replacing them with machines that perform the tasks faster, safer and at lower cost. Take, for example, the mining and oil industry where companies are using advanced machinery to extract resources, instead of placing people in harmful environments. The focus of today’s manufacturers is automating and optimizing every single aspect of industry and business, reducing the need for human interaction, and extracting every penny of inefficiency and profit out. It’s quite extraordinary.

Continuing on the trend of mechanization and automation, robotics has advanced significantly in the last few years. Just recently, a highly intelligent robot called Baxter became available widely for a relatively affordable price. It costs $22,000 and it differs from typical industrial robots in that it requires no programming and is very capable and versatile for a range of repetitive tasks. It also can be opened up and assembled for productive use within an hour. By physically interacting with the robot, those individuals who used to perform the repetitive manufacturing task can train the robot to take their place. Before you know it, Baxter is performing the task, while the humans are supervising it.

The phenomenon of 3D printing is another extraordinary innovation that is sure to impact every industry in a massive way. 3D printers enable the production of physical objects, from mechanical devices to clothing, by “printing” thin layers of materials that build up, layer by layer, to produce a 3D replica of a computer-generated design. 3D printers will provide manufacturing businesses with speed, scale and efficiency never possible in production before.

Shapeways is a company that has made tremendous leaps in 3D printing, growing from producing approximately 7,000 unique printed items a month three years ago to currently printing about 70,000 a month and growing.  They are able to print in 30 different types of material, including a recent introduction of sterling silver printing which spurred the mass creation of personalized jewelry. 3D printers sell for as low as $500 and are even sold at stores like Staples.

Robotics, 3D printers and CNC machines are enabling what’s called the “maker movement,” where people and communities hold the power of creation in their own hands. Denis predicts that in the not too distant future, we will all have a 3D printer and a CNC machine inside our house or in our garage.  With mass adoption of 3D printers, products from companies like Amazon will be printed rather than shipped. Instead of shipping the product, Amazon will send the customer bits and the product will actually get produced inside your house. So, atoms are turning to bits, and then bits are turning back into atoms.

It is also enabling co-innovation across communities where some members of a local community will purchase CNC machines for a reasonable cost of a couple thousand dollars, put them in their garages and connect with other CNC machines through social networks. Therefore, if someone needs to use a CNC machine to create something, they can use the network to locate a machine within a few miles from their home. A network of say a hundred garages with CNC machines in every community and 3D printers in every home, would provide widespread access to the technology and essentially create small factories everywhere.

WikiHouse is very much a part of this industrial revolution that is occurring, making it essentially possible to print a home. At its core, WikiHouse is a library of 3D models which are shared under a creative commons license. The aim is to have someone download these files, which you can effectively print out parts of a construction kit for a home, similar to an IKEA furniture kit. To assemble the printed home requires no tools, except a mallet which is printed along with it, and it only takes one day and two to three people to build the house. It’s truly extraordinary.

The beauty of it is that this innovative manufacturing is all being done at the edges, there’s no corporations, no central command of control anymore.  It’s all being done by communities, resulting in the radical decentralization of manufacturing. The power is surely shifting to the individual and to the community.

There’s a wonderful video from Shapeways on the culture of creativity that is being cultivated from these new innovations in manufacturing. It discusses how amazing it is to have an idea in your head brought to life as an object through 3D printing – this capability has never existed before.

Shapeways explains, “This gives rise to a whole new way of solving problems.  It’s mind blowing to think that we build something today that was literally impossible yesterday.”

We are in the “Most Innovation Decade In History”

Vivek Wadhwa (@wadhwa) calls this “the most innovative decade in history”, as we witness technologies, like 3D printing and robotics, growing at exponential rates and converging. They are enabling small teams to create and innovate in a way that was previously only possible for large corporations and governments. Individuals and communities are innovating by taking charge of their own destinies, taking advantage of freely available technologies with close to zero transaction costs and open opportunity to participate. We’re innovating at an unprecedented rate and this only the beginning.

In effect, manufacturing, supply chains and essentially the whole infrastructure of the world is going to change. There will no longer be a need for transporting goods halfway around the planet, resulting in a lower carbon footprint and many other positive sustainability impacts.

As Denis sees it the future of manufacturing is this: “manufacturing is being radically democratized.  It’s being decentralized, so it’s everywhere and available cheaply to the world.  And then it’s hyper personalized.  Just in time, just in place, and just for me.” Get ready. 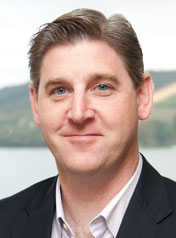 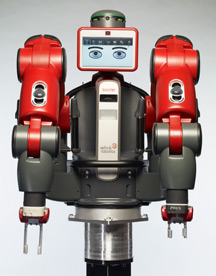 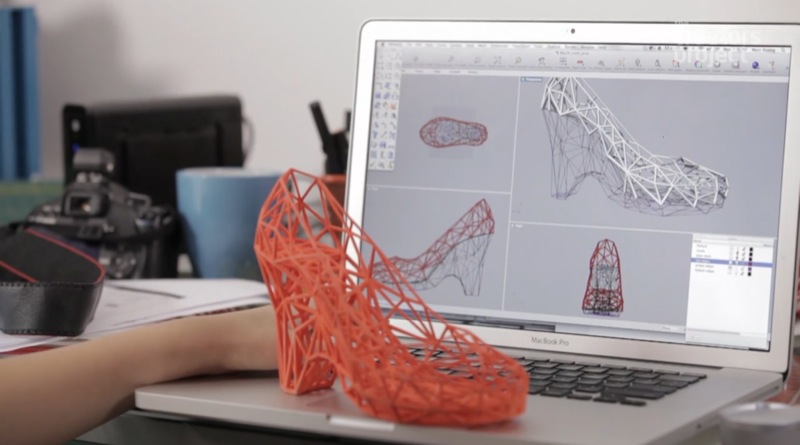