With Surface 2 (RT) Microsoft Doubles Down As Flop

There is a saying in Hollywood: if your original was a flop then the sequel is not likely going to be a hit. With launch of Surface 2 (RT) however, Microsoft is hoping for a hit in spite of the billion dollar flop of last fall.

I remain a believer in Windows 8 and its potential to succeed within the enterprise, small business and even home. In tablet form it provides a viable alternative to laptops and desktops. And now with Intel Haswell architecture, it also truly unifies the convenience of tablet with power of a laptop, something that Microsoft had in mind when they developed Windows 8. For the first time ever, it has also made possible to have laptops with touch screen. As old PCs begin to age, it is only a matter of time when many of them will get replaced with newer Windows 8 devices thus creating a sustained demand and by which bringing a new platform to the masses.

I however don’t feel the same about the prospects of RT edition of Windows which is up against iPads and Kindles.

Surface 2 (with RT) comes with many incremental improvements over its predecessor and has been described as slimmer, faster, brighter with better hardware and accessories.  This blog however is not about diving into the technical features of the device. 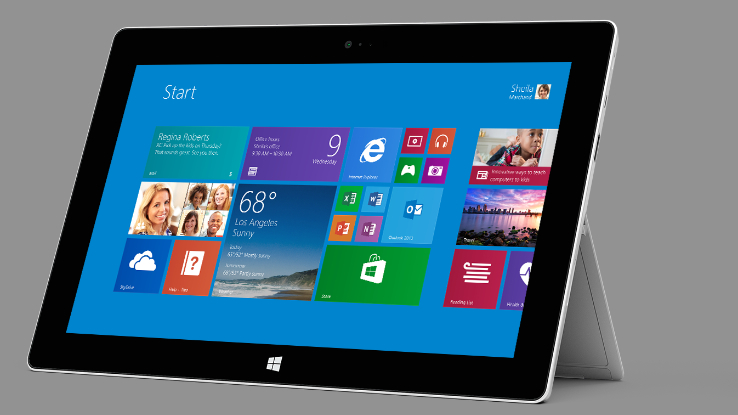 When Microsoft originally launched Windows 8, they also created so many flavors of it that it was not easy even for the IT Pros to figure out what each one meant. I remember having a conversation with the Account Manager of a major PC manufacturer, who was surprised to hear that Windows 8 Pro and Windows 8 Enterprise were significantly different from each other and that he was proposing a wrong device to this client. So now think of the consumers.

And if one edition that created most confusion in the marketplace, it was the ARM based “Windows RT”. Unlike other Windows editions, Windows RT is not compatible with old software that was written for Windows 7. It runs only the applications which were developed using the Metro style interface and downloaded from Microsoft App Store.

With RT, Microsoft may also have some branding issues on their hand. Windows RT is neither Windows 8 (home) nor a trimmed down Windows 8 Pro, both of which requires Intel x86 architecture. However, as all editions are labeled with “Windows xxx”, I am not sure if many consumers, who are the prime audience for RT, really understand this difference well. During the Apple Samsung patent trial, Apple argued against Samsung that how some consumers walked out of the phone stores with Samsung devices not realizing they were not Apple’s iPhones. Hard to believe but true. So if some consumers can get so confused, it is quite possible that many of them would buy Surface 2 not knowing this is not really Windows 8 (home edition). And when they do realize, it would make some very unhappy customers.

Many consumers now see tablets as natural extension of their Smart Phones which further increases the odds against Surface 2 (RT). Windows Phones are growing in market share but it still remains very small compared to iOS/Android. With Dell becoming the latest manufacturer to drop their XPS 10 RT tablet, Microsoft probably remains the lone wolf still betting on its future.

Surface 2 (RT) also lacks a killer app to wean consumers off the insanely popular iPads and Kindle Fire. Windows Store is growing but it pales in comparison to App Store and Google Play.

Consumer sentiments have also moved from comparing technical features of the devices to comparing the ecosystems and this is one area where RT significantly lags behind iOS and Android.

Historically speaking, Microsoft has a history of arriving late at the scene but then somehow managing to dominate it. Industry is littered with such examples (Lotus 1-2-3, Netscape and Palm to name a few). This time however it may be different as Microsoft finds itself pushed against Apple, Google, Samsung and Amazon whose collective market cap is nearly 4 times over.

I think Microsoft will find salvation through the Enterprise IT with Windows 8 Pro/Enterprise editions. Thus far adaption has been slow but it will come around. With Intel Haswell architecture, Windows 8 does have great potential to provide a device that truly bridges the gap between a tablet and a laptop. As far as Surface 2 (RT) is concerned, they may be better off shutting it down after Season 2.

Thanks for the blog. It's very informative. Even I am not a fan of Windows phones/tabs (am an android guy) since we are getting the similar windows laptop experience in it I like it .