Status of Tickets based on their Dates

So now if user enter any date in between those two dates then we need to get the status of the same.

The approach which we can follow to achieve the same will be sharing with you with all the steps and screenshots. 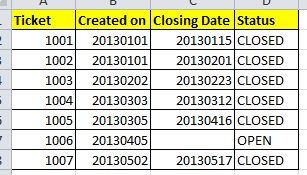 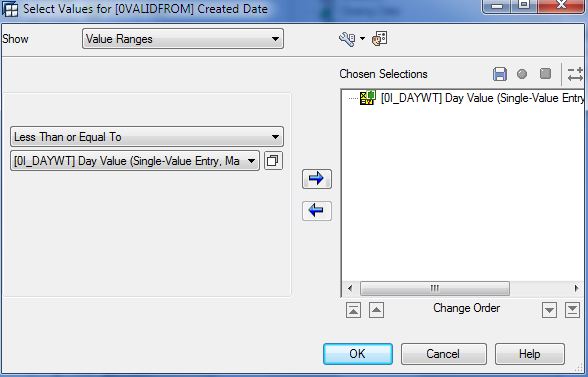 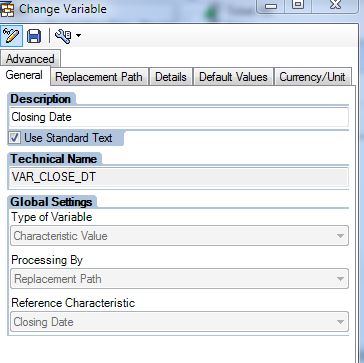 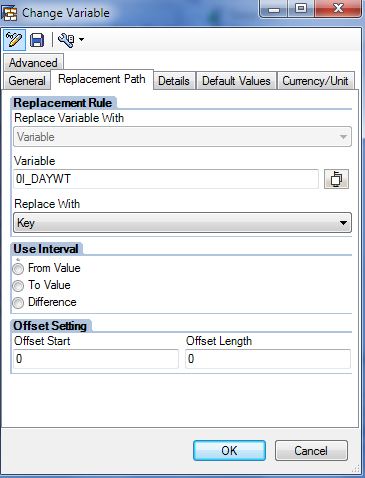 Now Save this variable.

Restrict the Closing date with the newly created variable as shown in below screenshot. 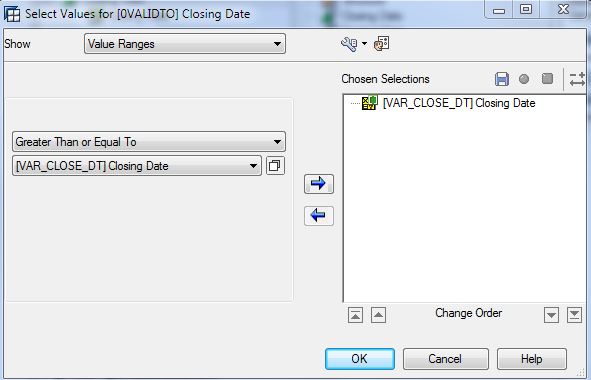 Users also need to see the date which has been entered by them on Selection screen in Query Columns as well.So for that our approach will be explained in furhter steps. 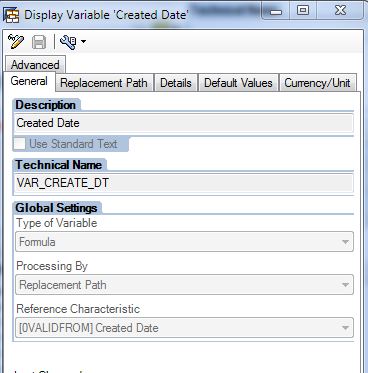 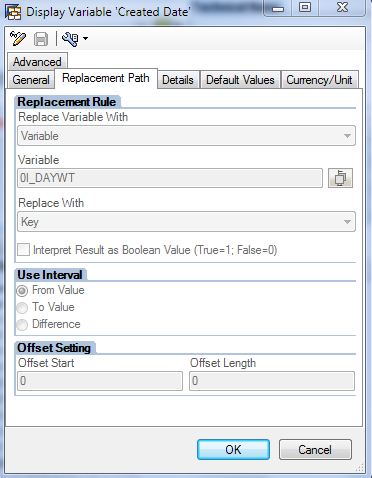 Hit the Currency/Unit tab and give the details as mentioned in below screenshot. 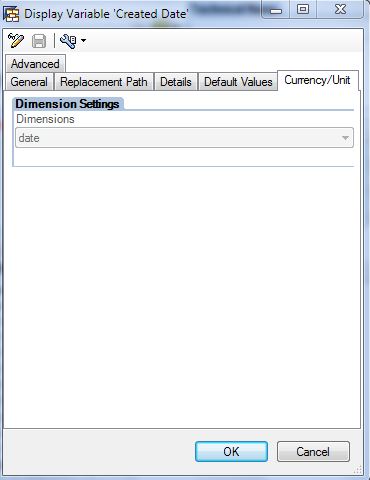 Save this Variable and use it in your formula. 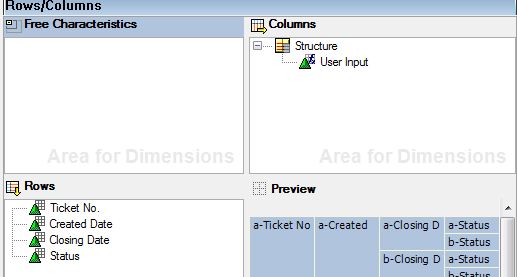 So you can see based on the input date we got the status of tickets and also we got the date entered by user on selection screen in User Input column.

Hope this will be helpful.

Thanks for sharing this to all of us.  Actually I implemented the same in my previous project.

Thank you once again for remembering all those things.

Its always great feeling to receive the first comment on the blog.. 🙂 ..This document will definitely come handy in future so thought of documenting it.

Much appreciated your feedback.

Like this way needed more docs on Bex category. Really good one and sure may come handy soon. Thank You anshu for making and sharing with us.

Thanks Raman for your valuable feedback and continuous support and encouragement.

Good thought and Nicely presented with screen shots how to implement. 🙂 🙂

Thanks Giri..Glad that you liked it.. 🙂 ..Your smileys really make me 🙂

Created on and Closing Date restrictions will work together as AND condition right.

The variable created in Step 2 and Step 3 are same or different?

If you look closely at those variables then you will notice one is formula variable and other characteristic variable..

Ok the second one is Formula variable with Replacement path, fine

Gr8 Post. Appreciate your efforts in making nicely and informatively 🙂 🙂

Thanks for your valuable comments..you do not know that your blogs inspire me to make such blogs.. 🙂

I am inspired by others blogs. Your are inspired by my blogs. It's all continuous process in SCN 🙂

Yes its a continuous process which goes on and should keep going.. 🙂

Thanks For Sharing with us..

Thanks Martin for your feedback..

I will implement this approach in my requirement also which i did via writing long CMOD codes in i_step = 2 mode .

To add further, my requirement also extends to having month as a general input rather than date . So i am trying to figure out an approach for that also.

Thanks for your feedback..So you are saying that instead of date you will have month or both.

I believe by replacing the date with month in my approach it should suffice your requirement.

I am not completely sure of this requirement at this moment as it needs further clarification from the management .... but what i am guessing is that .... instead of a general date .... i will have a general month as an input.

And then we need to check whether the intervals of created on and closing date lie partially within that month or completely. And display for example respective ticket numbers .

I will also be little skeptical unless we do not have the complete requirement with the proper data.As this makes easy to analyze and get some concrete solution.

Nice one exploring the potential of Formula variables especially.

Yes Kamal very true..I am digging out all possibility to avoid codes in certain occasion if your requirement is straightforward..

Soon will come up with more blogs in all areas.

We are waiting then.

very well explained. thanks for the information.

Thanks chadra..Really appreciate your comments.

Thanks Mithun for your valuable feedback.

Good Presenation for scenario based on Replacement path.Helpful one

Thanks Karthick..Really appreciate your feedback.

Anshu ... You rock... Really Appreciate your effort and well drafted the document...

Thanks for sharing ... Keep posted.

Thanks KP..Your comments really elated me.. 🙂 Yes will try to come up with some new blogs soon.

Thanks Raghvendra for your feedback..

Thanks Praveen for your comments.

Nice blog.
Thanks for sharing.

Glad that you liked the blog..Eduardo.

Thanks Anshu for putting it nicely with all the screenshots. It will help many people.

1. You could make it further better by putting few more lines explaining "how it works". I know its obvious for BW consultants but it might help newbies.

"How it Works" section should contain 3/4 lines. saying how the user's input is taken into account for selection of data and displaying the last column.

2. You could also add some more tags. "date calculation", "selection based on two dates".

Thanks Sujit for your feedback and will definitely try to consider the points you mentioned.

I learnt a lot from your replies when you were active contributor and also liked the approaches you used to address the issues.Hope to see you again contributing actively.

Superb !! . It would be really great if we get more documents on BEx like this 🙂

Thanks Sanyukta Shrivastava for your feedback..In my blogs and documents i mostly try to share some real time issues and scenarios which people faces while working on a project..

Thanks a lot vijay for your feedback.

thanks Anshu for sharing with us.

Thanks Rishab for your comments.

It was really nice Anshu.

Thanks for your feeback.Much appreciated.

Nice document, I am sure the techinique you implemented here would definetely come in handy to everyone working with BEx.

Thanks for your feedback..Infact i had same requirement in one of my projects i ended up achieving it with the help of code and then eventually realized that this can also be possible with the help of variable operators.. 😉

its very good one doc.

Good to know,that you liked it. 🙂

Useful information thanks for sharing 🙂 .