Weather data has always fascinated me. If I had my way, I’d have my own weather station on top of my house collecting petabytes of weather data, and a HANA server in my basement to crunch it all with. But I don’t. So instead I have an entry into the Data Geek Challenge.

First I went in search of some historical weather data for Philadelphia, because, hey, it’s home.

I found some a temperature data archive here. You can look up your city if you are interested, too!

I was surprised to find it relatively up-to-date. The data ended in July of 2013. That’s pretty current as far as free data sets go.

I downloaded the Philly data, which was in a space-delimited text file. Dirty. 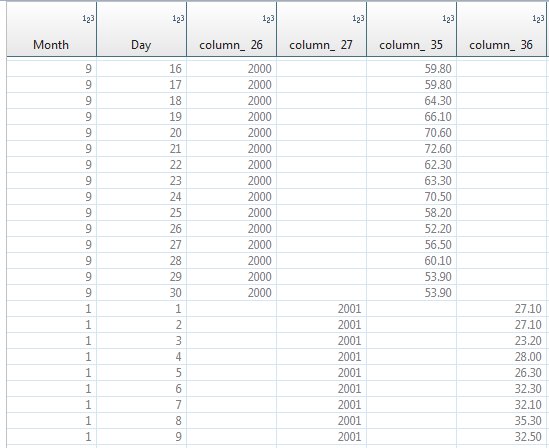 Next slapped some dandy semantic enrichment on my dates.

Now for the fun part. I popped open the Predict design tab, and dropped in a R Double Exponential Smoothing transform, since I’m looking to do a time series prediction. Here’s how I configured it: 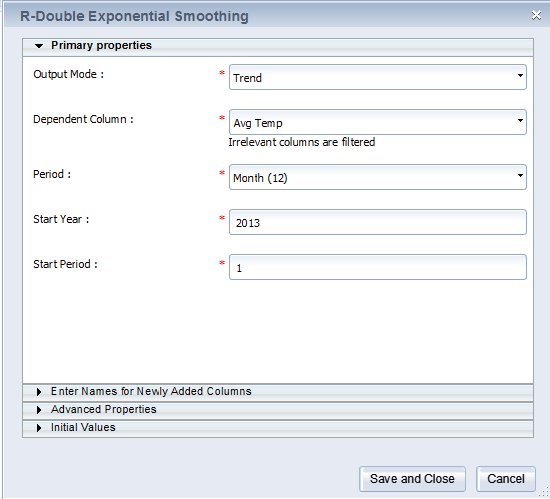 I wanted it to predict the trend, and the Dependent variable is the Average Temperature. I had it use Month as the period, because I want to know a prediction by month, and I wanted it to start at 2013 and go forward since the 2013 data was incomplete in the data set.

On to visualize, and boom: 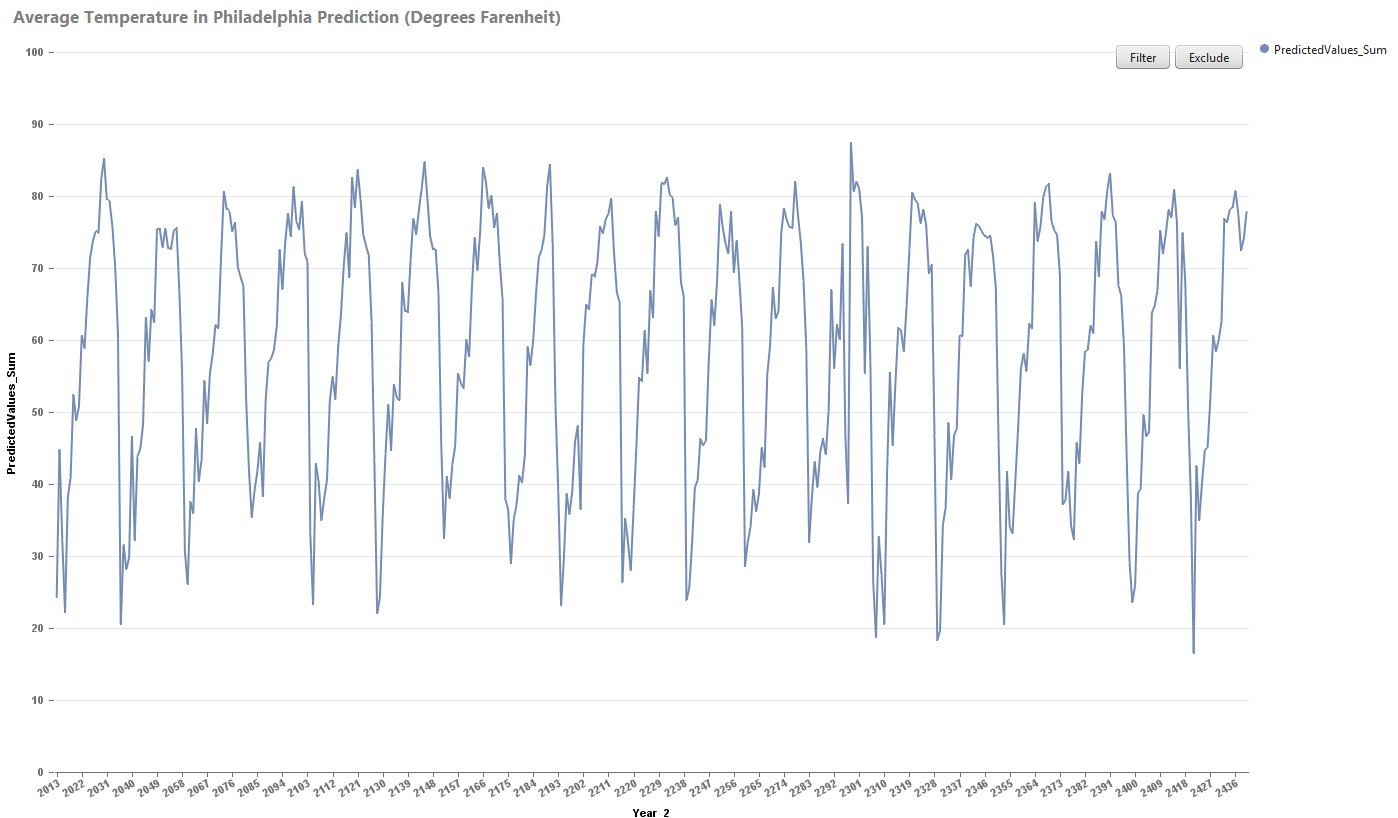 So according to my prediction (don’t bet the farm on this, folks!), the average temperature in Philadelphia really isn’t going to change all that much.

What could make this better? An absolutely HUGE data set would be much better. This data was only from 1995 to July of 2013. That’s much too small a sample to really predict accurately.

maybe its not the data, maybe weather in Philadelphia does not change, ever ? 😉

On a serious note - can you do predictive/trends in Lumira itself ?

Lumira doesn't have the R transformations that I used for this example. I don't even see the ability to do a simple trend line in Lumira, but I haven't had hands on with SP12 yet, so not sure of what is all in there.

I have a lot more respect for the work that the weather forecasters do!

SP12 has some great predictive work available to it. You can get it HERE

Take a look at THIS DOCUMENT for some amazing information on it.

Keep up the great work, and keep an eye on our Twitter (@SAPLumiraExpert) ... We'll be sharing your visualizations for you!