On September 25th 2013 I helped organize the first SAP CodeJam to be held in Sydney and in this post I’d like to describe the process and result and hopefully encourage you to think about organizing one too.

Was it hard to organize?

Honestly, no it was really very easy – so much so that I found myself on a number occasions thinking that I should be doing more. Here is my checklist:

There is a great post here on SCN that describes the process in more detail.

I proposed that the event topic should be SAP Netweaver Gateway and SAPUI5 (A Fiori Jam if you will), after getting in touch with the SAP Australian User Group (massive thanks to Michael and Mark from SAUG) we secured a nice big space in the SAP offices in North Sydney and after a bit of back and forth with Andre Fischer (anfisc) – SAP Netweaver Guru from SAP in Walldorf – we landed on Wednesday 25th September as a good date to host the event.

Social media (Twitter and LinkedIn) as well as getting in touch with people I know in the area and other SAP Mentors was a good way to spread the word, in the end the event sold out about 1 week before the big day! People came from Melbourne, Brisbane, Canberra, Sydney and even all the way from Perth to attend the CodeJam, meet the experts and meet other like minded developers!

We kicked off with Andre giving us an overview of SAP Gateway and doing some live coding of a Gateway service. Andre also provided us with a cloud based NW 7.4 system where we could logon and try things out. 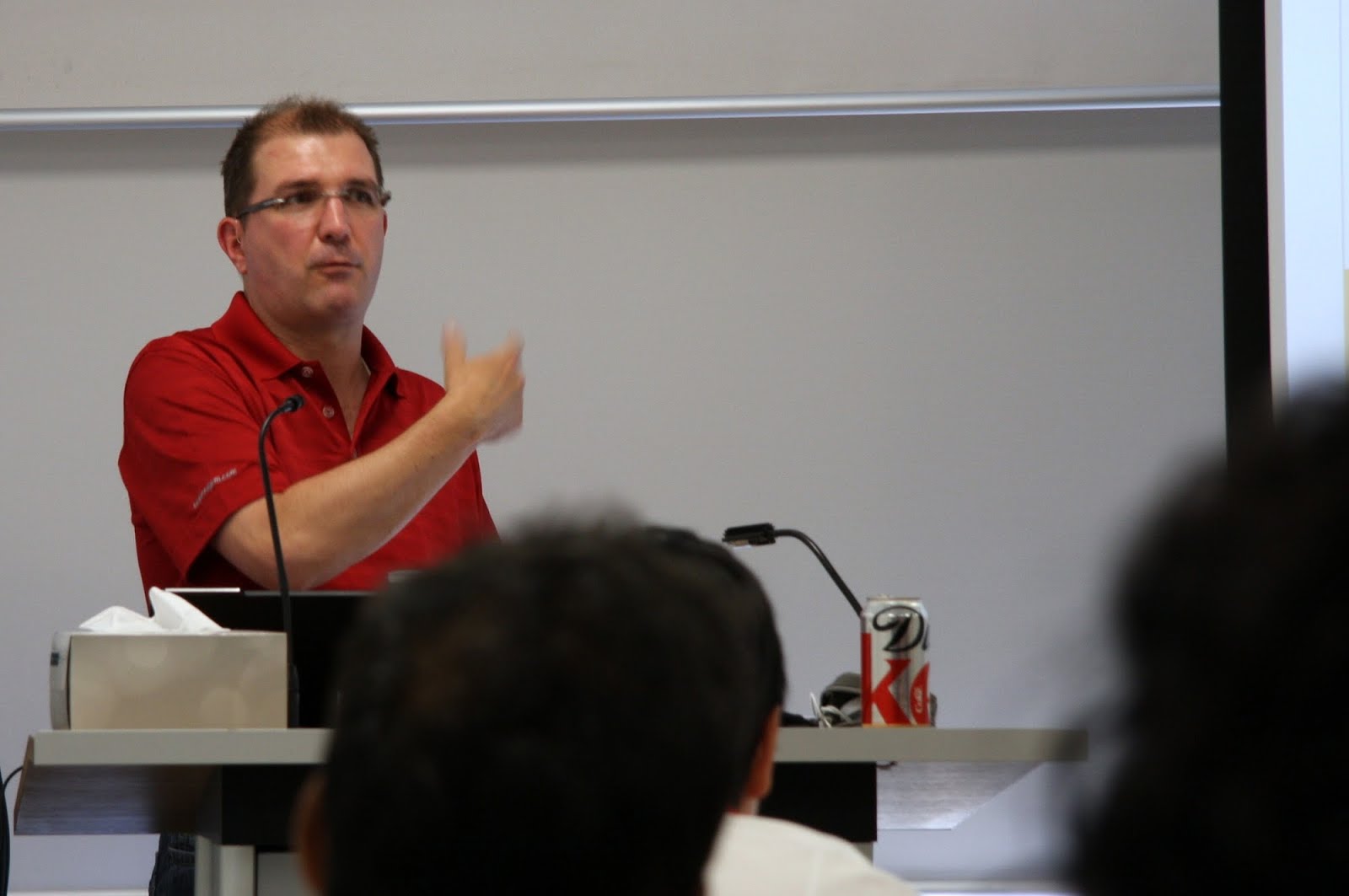 Next, to complement the Gateway service we had local SAP Developer and resident SAPUI5 Guru John Patterson (Jasper_07) from Second Phase Solutions present an introduction to SAPUI5. John provided a very entertaining intro to SAPUI5 (when John makes the slides available I will post a link to them here). 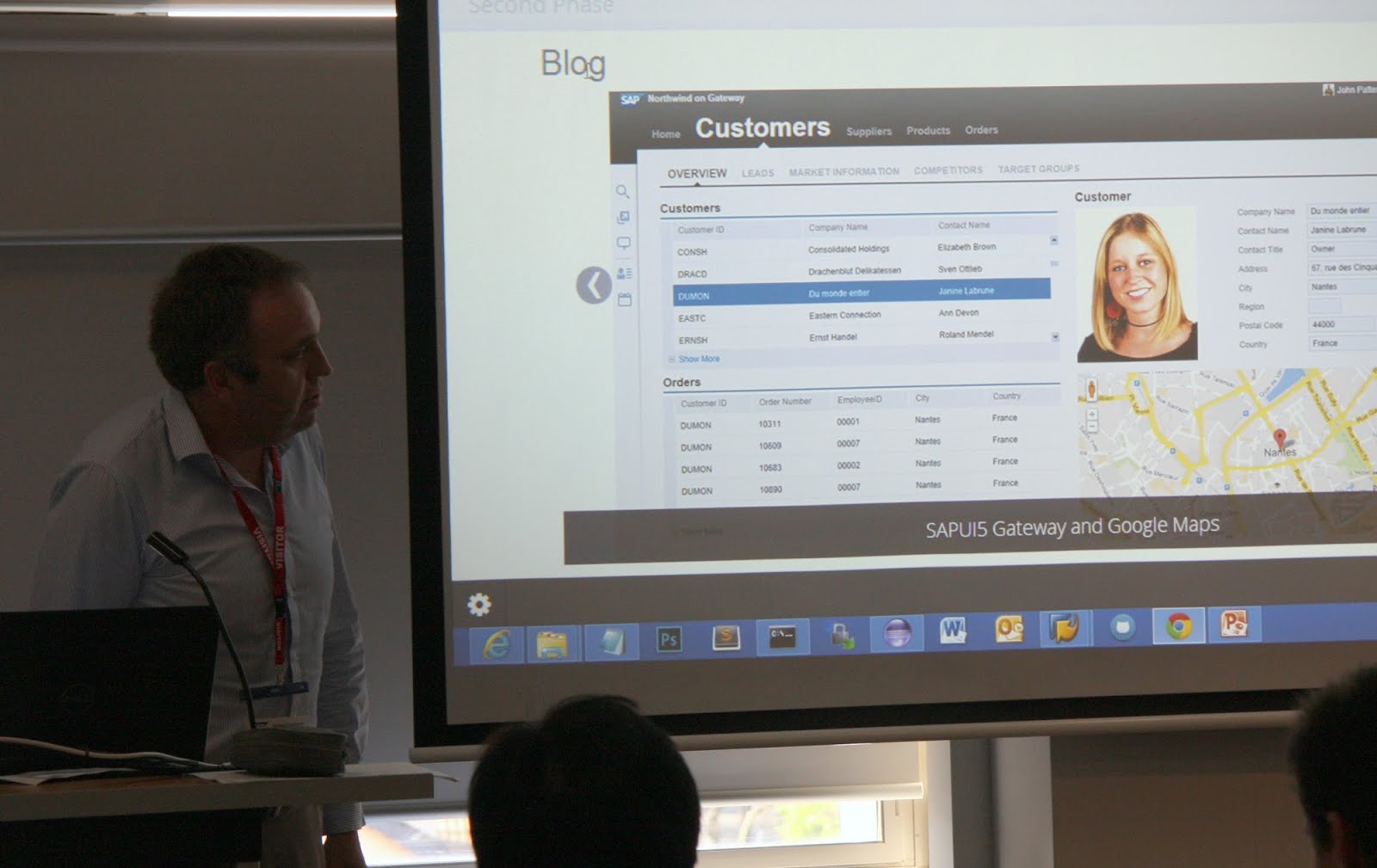 Once all the slides were out of the way it was time for people to jump in and try it out for themselves. John had provided a working example to get people started and both Andre and John as well as fellow mentor Graham Robinson (GrahamRobbo) and myself were ready to help people with questions and getting things working.

At the end of the day we all enjoyed some Pizza and had caught up with old and new faces. Discussed Fiori, Gateway, SAPUI5, mobile solutions and more, talked about what we liked and what could be improved and shared our own experiences. Some people brought along their own demos using Gateway and SAPUI5 that they could show us and give us some insight into what it took for them to build them..

I think it would be fair to say based on the feedback I received that everyone had a good time. My goal was that it would be a positive experience for everyone who attended irrespective of the level of exposure they already had to any of the technologies. I hope that newbies got a chance to see something new from SAP and perhaps have had their interest peaked enough to return home and start playing with the new stuff themselves. Similarly I hope that people who attended with more experience were able to get some of their harder questions answered by the Gurus on hand. I am sure everyone left having made a real world connection with someone they didn’t know before the event. Those connections are invaluable and are what makes such an event truly worthwhile. 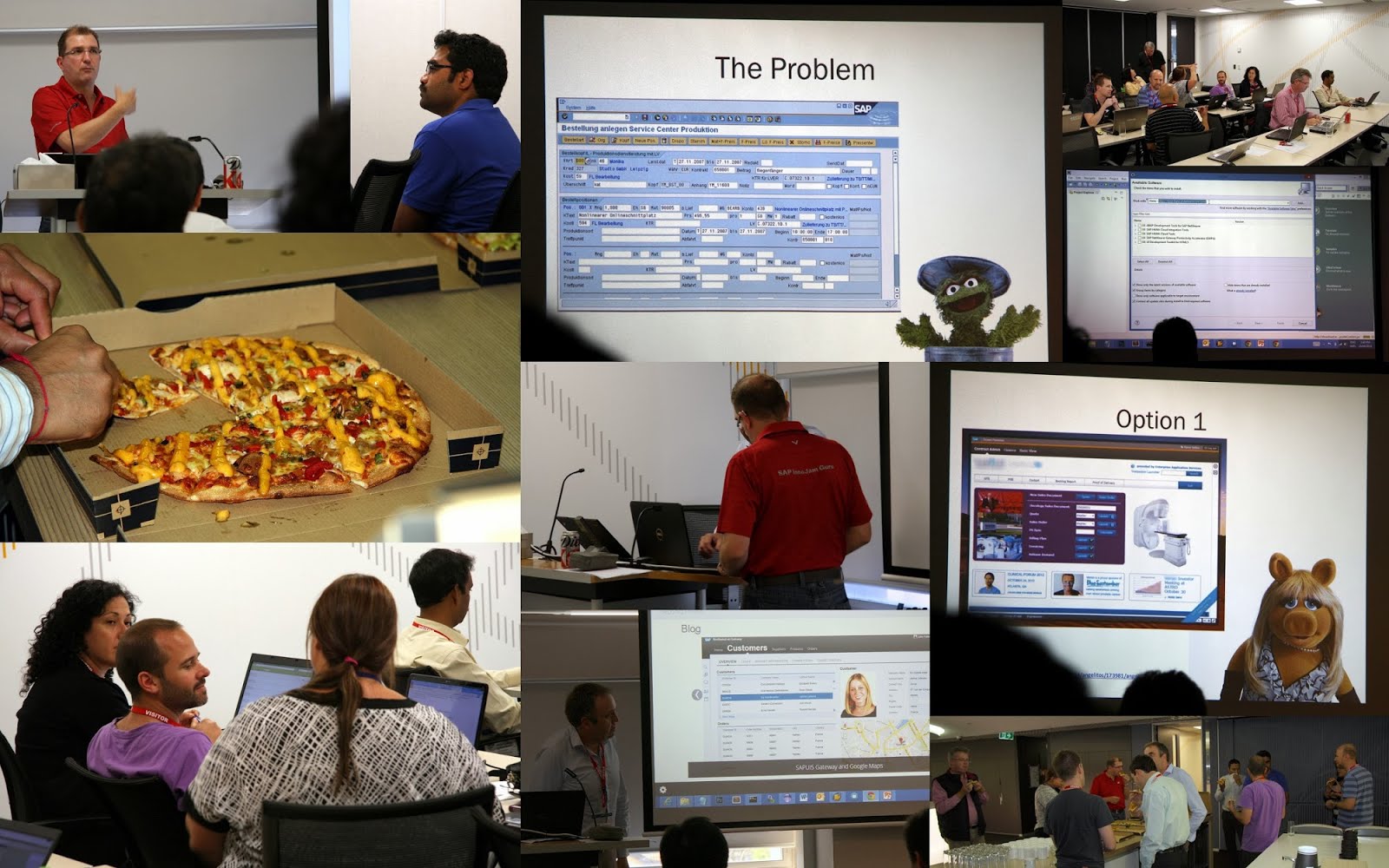 Some more pictures from the event

Before I sign off I’d like to thank everyone who made the day possible, Andre and Craig Cmehil (ccmehil) from the SAP CodeJam team, Michael and Mark for SAUG, John and Graham for their local support and of course everyone who attended for coming along, giving up their precious time and getting involved in this local initiative. Thank you all.

Nice wrap-up, great pictures and a great way to encourage others, Simon

Thanks Tammy it was FUN! 😀

That was a well organised event Simon. I loved listening to Andre and John, and to watch their magic with code. Thanks for your initiative.

Thanks Sarat, it was good to see you there - catch you soon again I hope.

Good on you mate. Thanks for listing out the process. Sad that I had to give it a miss this time 🙁

You will just have to organize the next one 😉 .

Hi Simon,
Thanks for keeping us informed.  I even saw an old friend there, Mr. Mark Pyc.  Although I've never known Miss Piggy to talk code before!

Thanks Sue. Miss Piggy was just showcasing SAP Screen Personas - she was late though, apparently she was held up applying her lipstick 😀 cc John Patterson

G'day Sue, well spotted! It was fun, just less beer than the ASUG conferences of yore 😉

Nice work Simon! I am still pissed with you though that you wouldn't push it back a week so I could attend! 😆

Thanks Niel. Truth be told I really struggled to find a time when I knew you'd be on the other side of the country 😀 - your presence may have just been too big a disturbance in the force 😉

I wish I could be there to join