SAP and big data analysis in sports dominated the 10th annual Advertising Week today in New York City, as SAP co-CEO Bill McDermott represented his company and the future of sports technology on a prestigious panel dedicated to “Winning.” Other panelists included National Basketball Association (NBA) Commissioner David Stern, Major League Soccer (MLS) Commissioner Don Garber, and PAC-12 Commissioner Larry Scott. The panel was moderated by WPP CEO Sir Martin Sorrell and focused on how big data technology and social media are impacting the sporting industry: how data is being used, how mobilization is changing fans’ game day experiences, and how fans from far away can interact and maintain engagement with their team. 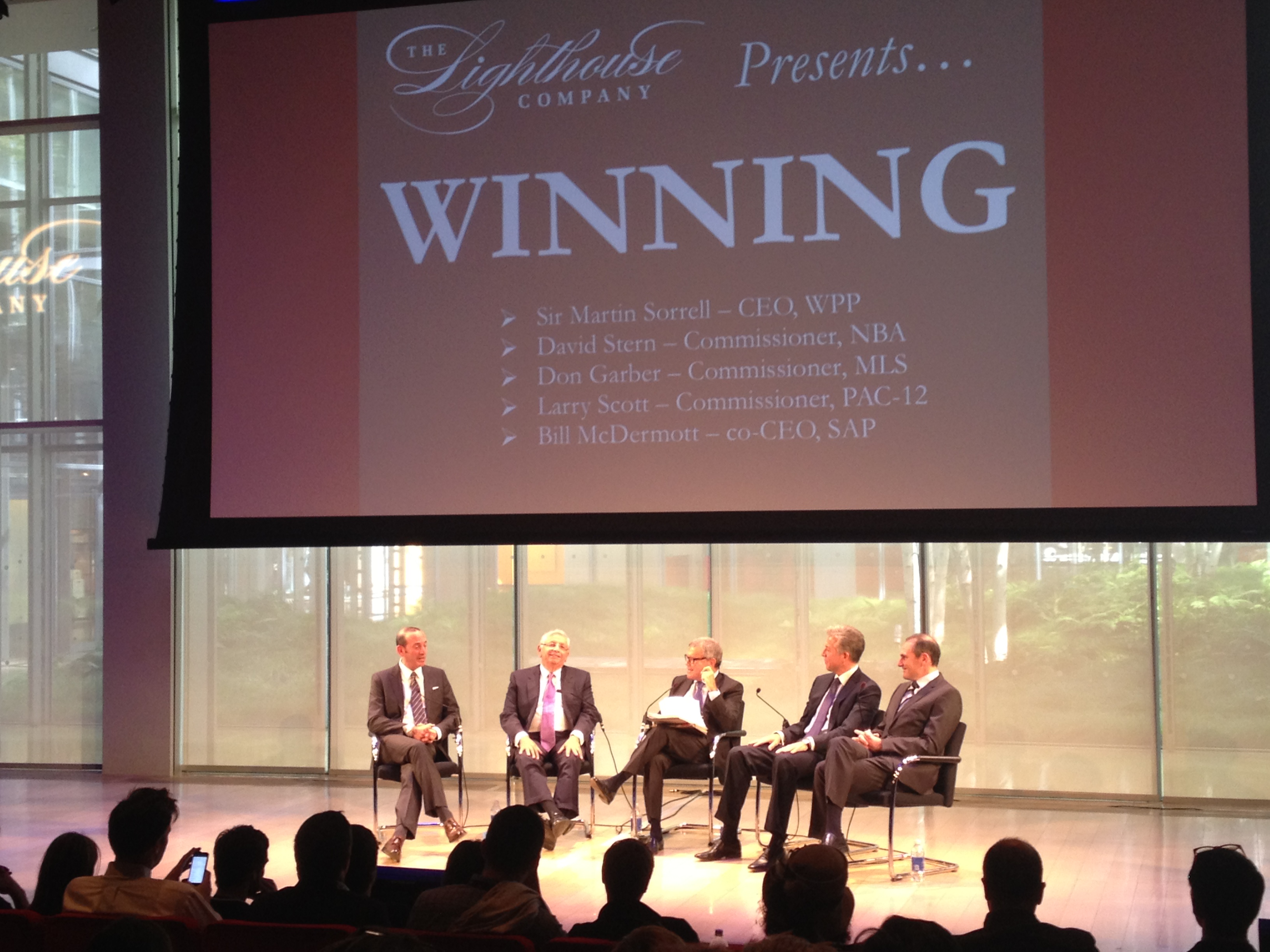 Sorrell noted that McDermott represented the sponsorship/partnership component of the panel, as SAP was the only major sports investor among the sports league commissioners. Nonetheless, the technology that SAP has developed and utilized for the NBA, the San Francisco 49ers, Formula 1 racing and other sports certainly wasn’t lost amongst the din. In fact, it was much of the focus, as NBA Commissioner Stern praised the real time data analysis software SAP has created to help his league launch the stats page on NBA.com. “Talk about taking a drink from a fire hose,” Stern joked when referring to the speed of HANA, SAP’s signature big data analysis technology. “It’s really working.”

McDermott mentioned how SAP’s technology can help sports teams be more efficient with the least amount of money, similar to tactics used by the Oakland A’s in the book Moneyball. “It’s like Moneyball on steroids,” joked McDermott, a point that Stern immediately took issue with, pointing out the illegality of steroids in the world of professional sports to create one of the more humorous moments of the panel.

But McDermott’s main focus was highlighting for the Advertising Week crowd on why SAP has gotten more involved in sports data analysis – as well as sponsorship – since launching a new vertical dedicated to the industry. McDermott explained that SAP’s interest in the sporting industry really materialized during talks with the 49ers about the development of their new stadium by 2014. Speaking of the team’s vision for a “completely digital” stadium, McDermott highlighted the possibility of fans ordering food from their seats, looking up players’ stats in real time, and having completely personalized experiences. McDermott noted that these types of technological advancements will be vital for the sports industry’s future development as the world continues to get more global and technically connected.

Of course, McDermott also made sure to explain to the crowd that SAP’s interest in sports and big data technology is not all about making money. Instead, the goal is to enhance fans’ game day engagement with their favorite teams on a consumer level, particularly for the increasingly-digital millennial generation. “There are seven billion people on this planet,” McDermott said. “What business do I have to be in to reach them? The key to our company is staying authentic to who you are; we want to have empathy for the consumer.”