We often do player statistics and predictions by their home distance, age, team, etc. What about their characteristics and traits that’s born under their solar zodiac signs? Does that affect their performance? Can the signs of players actually help predict game wins at those critical moments?

Myth 1 – Does number of Goals and Assists matters for your salary?

For most signs, apparently more goals and assists, more earnings. However, did you find Capricorn is lucky since they made second least number of goals but their earnings ranks right next to Libra! 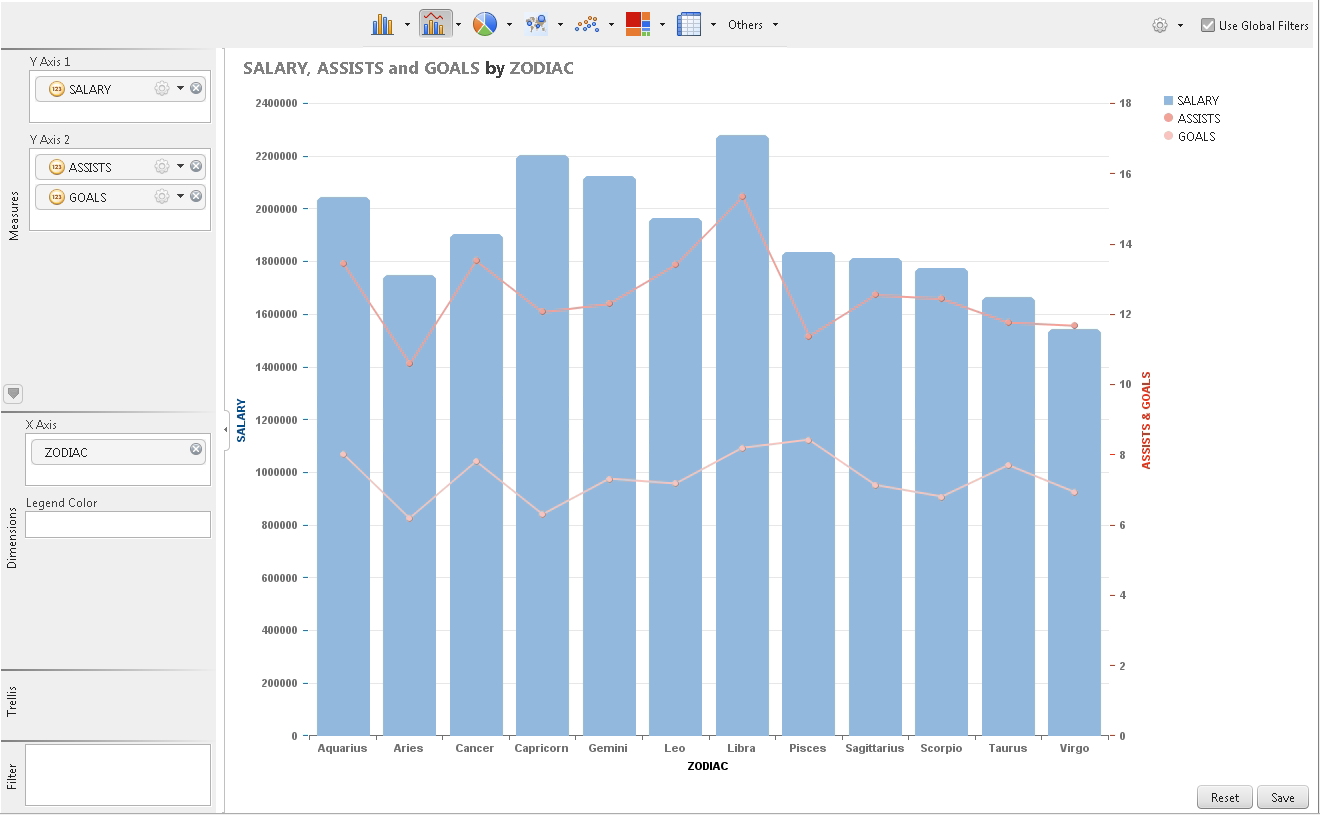 It is not a surprise that for hockey sports the more attempts you made to goal, the more goals that you will make.

Capricorn seems not as lucky as the above analysis since their efforts seems to end up with more shots on net instead of goals compared to other signs. 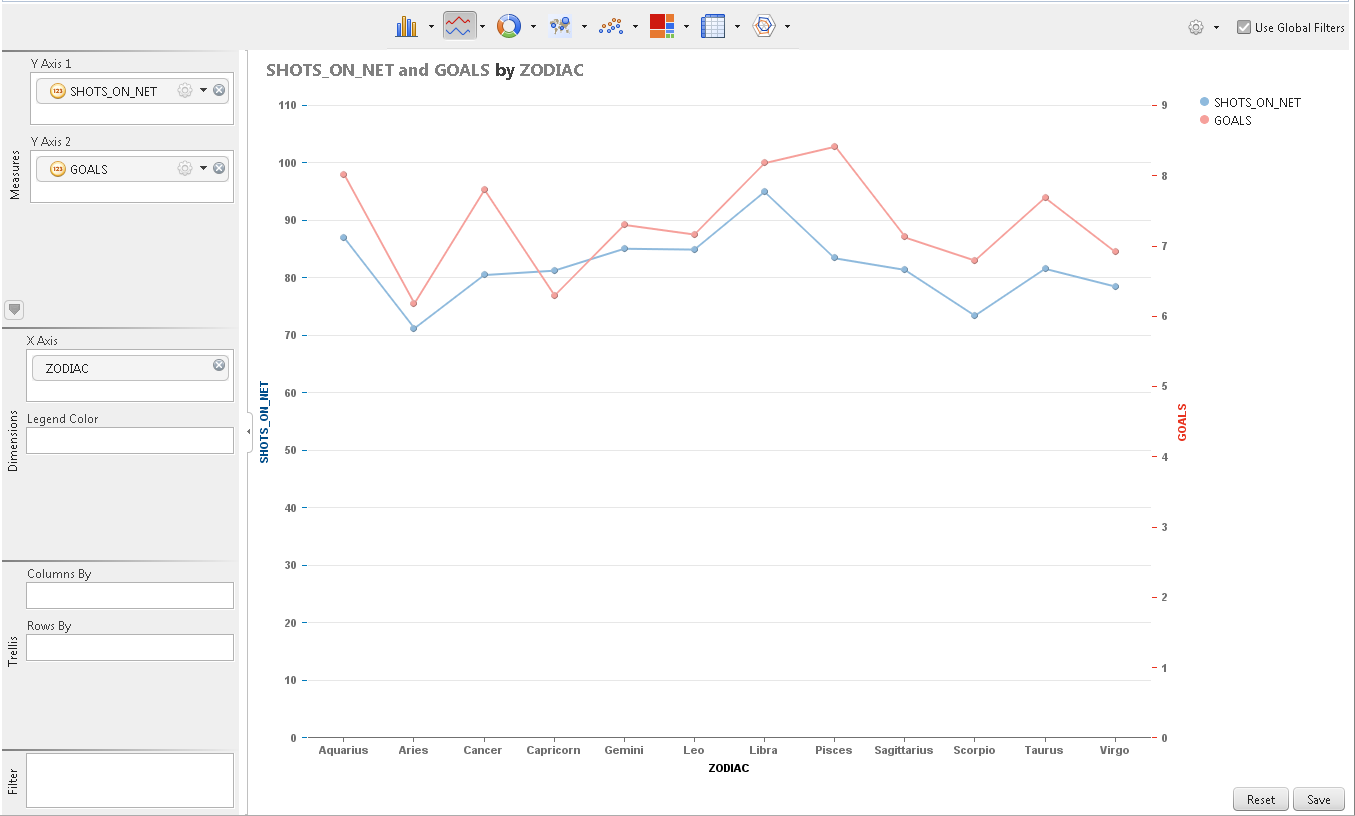 Myth 3 – What’s the best position for you to goal?

Capricorn, Gemini, Libra, Taurus, Cancer made more goals when they are in LEFT Wing;

Aquarius, Aries, Leo, Pisces, Virgo made most goals when they are in RIGHT Wing;

Scorpio, Sagittarius made most goals when they are in CENTER; 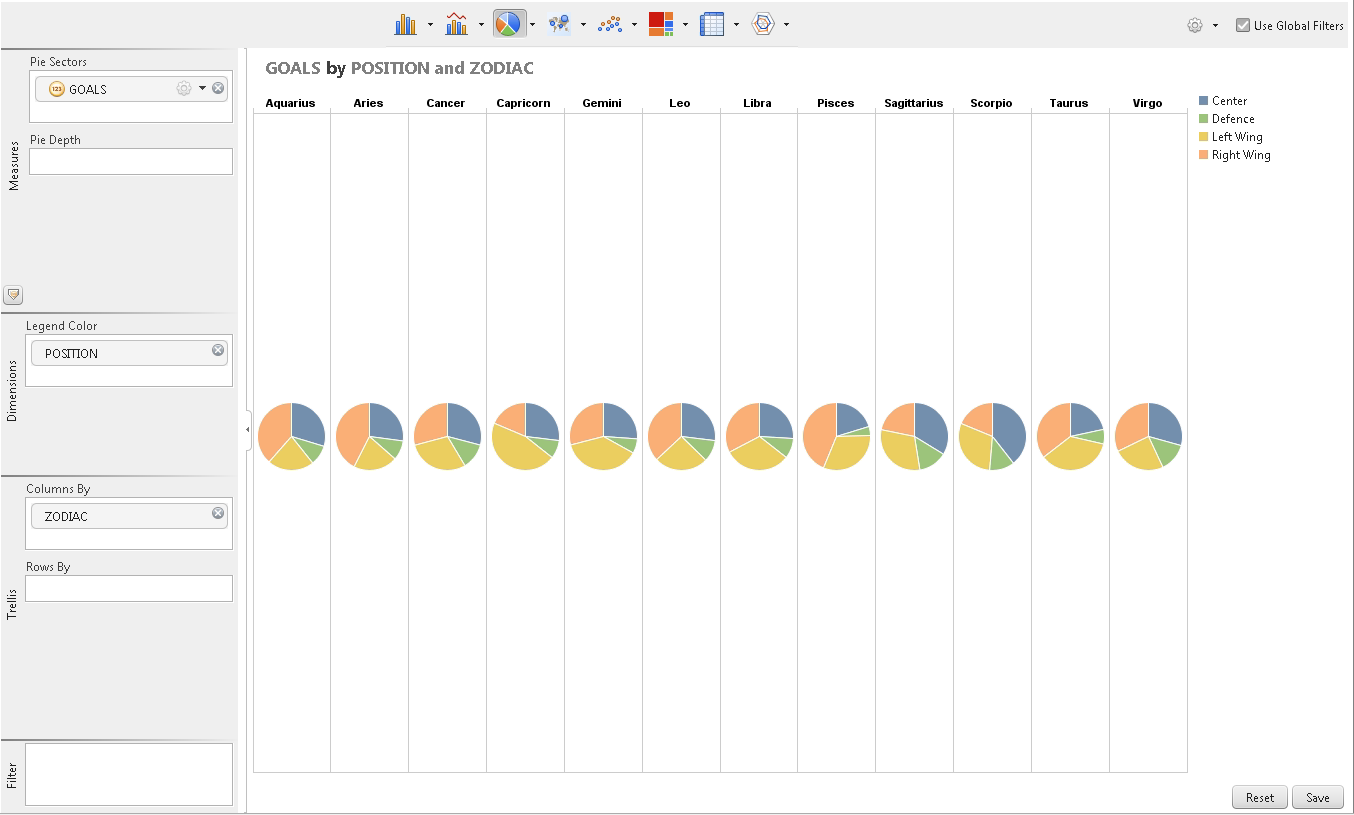 Myth 4 – Are you better in Assists or Goals?

The more assists made the more goals achieved – this applies to almost all the zodiac signs except Pisces which are especially good at assisting others instead of making their own goals! 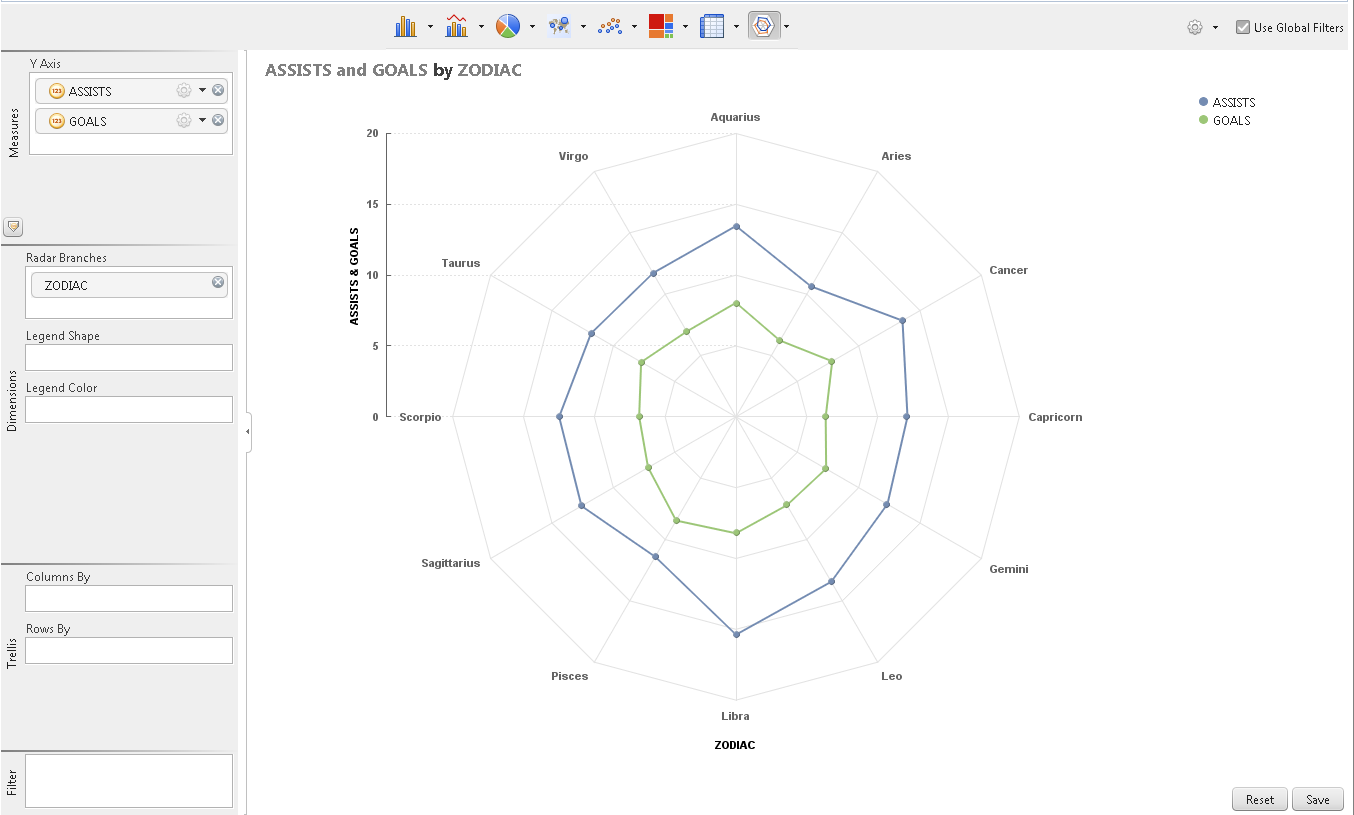 Myth 5 – Who are making the difference at final moments?

The color is the number of gaming winning goals, tag size is the over time goals. Libra scores!

You probably can’t read Scorpio in this tag cloud cause they are way too small! 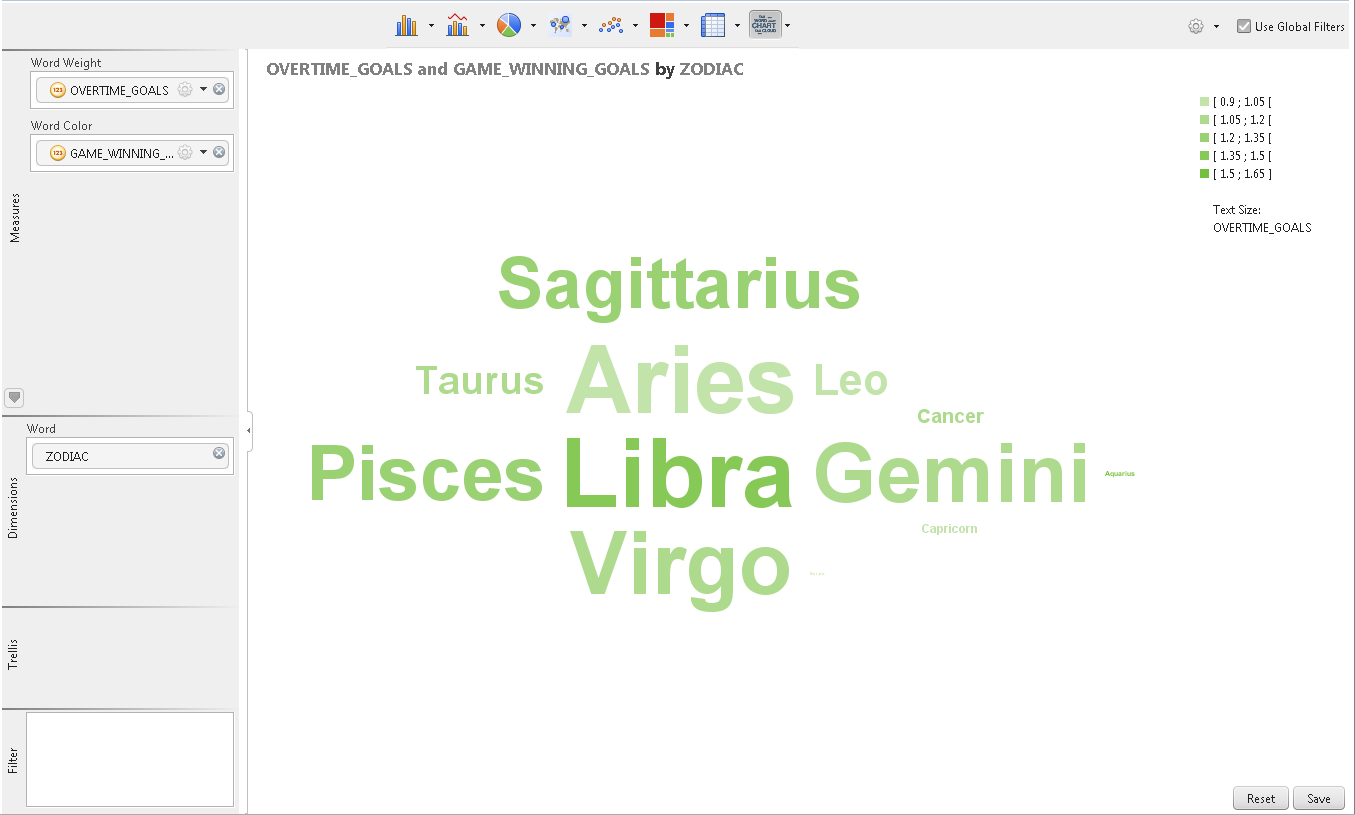 Myth 6 – Where do most aggressive players of Libra come from?

If Libra are doing great jobs at those critical moments, most aggressive Libra players are from Finland, and then Sweden – as they made the most and the second penalty minutes! 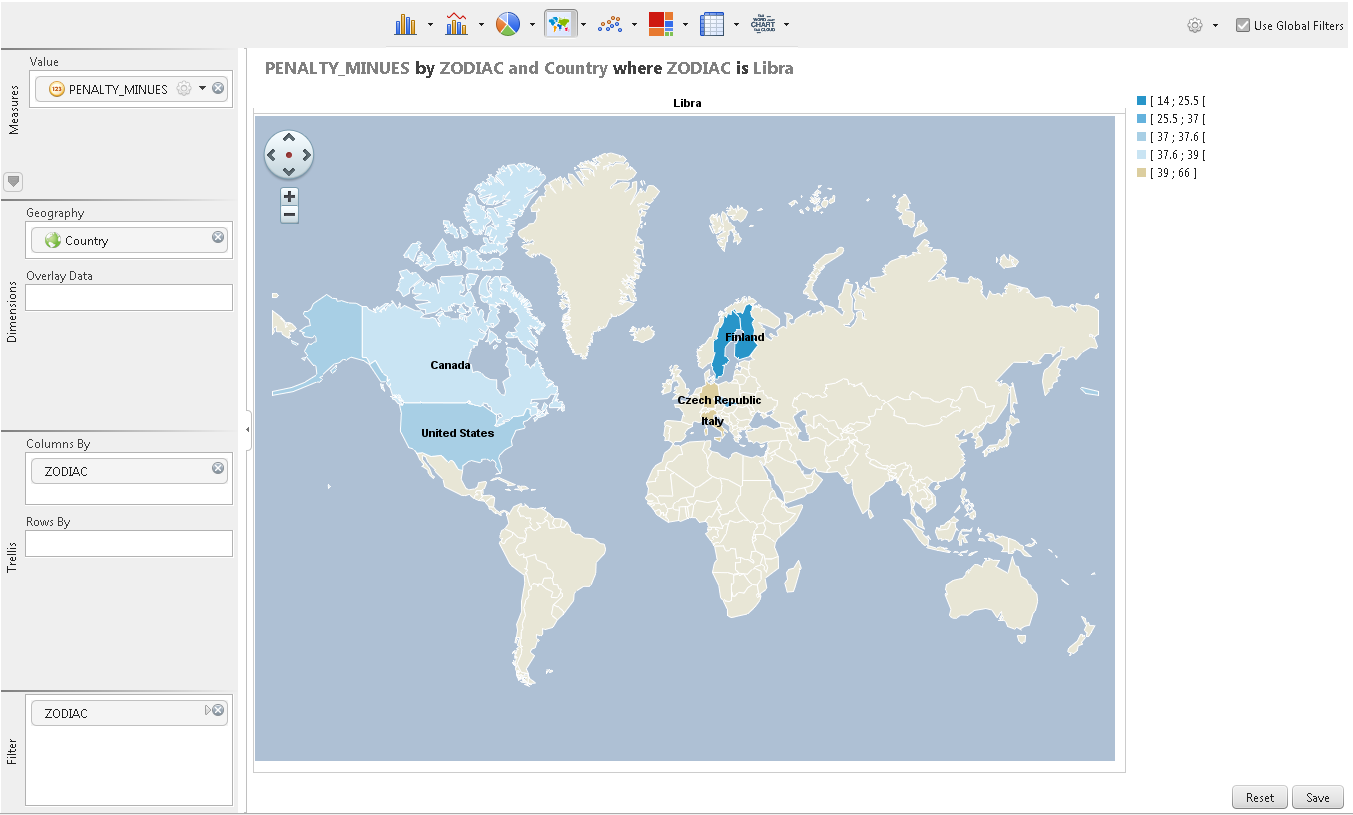 So if you are a hockey player, what sign are you? 😉

P.S. The NFL data is based on year 2012. Data binning is applied to players birthday to generate their zodiac signs data.

Thanks Jitendra for your comments!

Glad to have your comments Naresh. Thanks!

Now that is what a good analysis is and so is the power of Lumira.

Lumira does have the power and it is defined by whoever is using it. I hope we can find more potential that's undiscovered for Lumira! Thanks Siddharth for your comment. 🙂

Have a fruitful day!

Good work! Can you please cite the place from where the Data has been derived from?