I was curious about the various factors which contributed to
a players pay so I based my story around hockey data. Luckily, I had a dataset
from a school course which showed the statistics of all NHL players between
1960 and 1981.

Where is the Majority of Players from?

My first question was where do most of the players in the NHL come from?

By using Lumira’s Geography view, I was able to discover that a
great deal of players come from Canada. 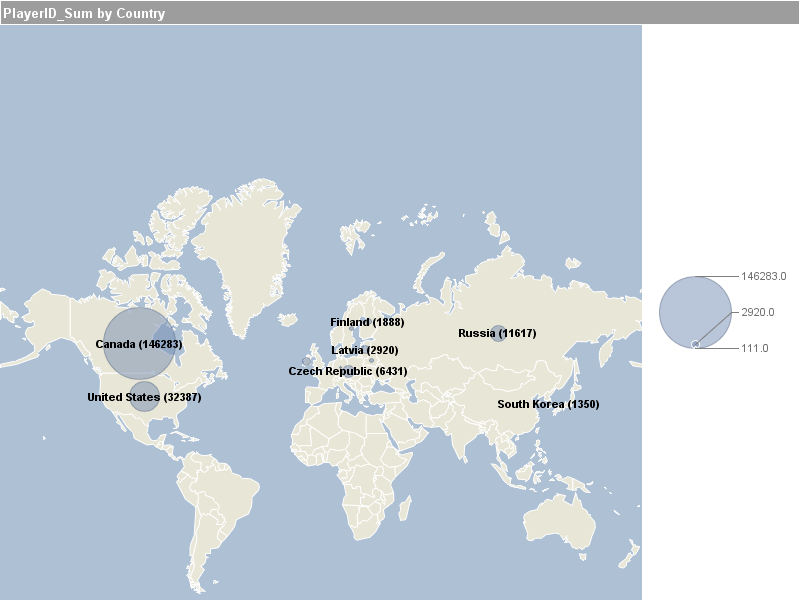 Nationality of Players and Its Impact on Player Earnings

I was next curious as to whether or not a relationship
existed between a player’s nationality and the salary that he was likely to
receive.

The resulting Graph showed that, players from Latvia and
Ireland make the most, almost 40% more than players in the US did! 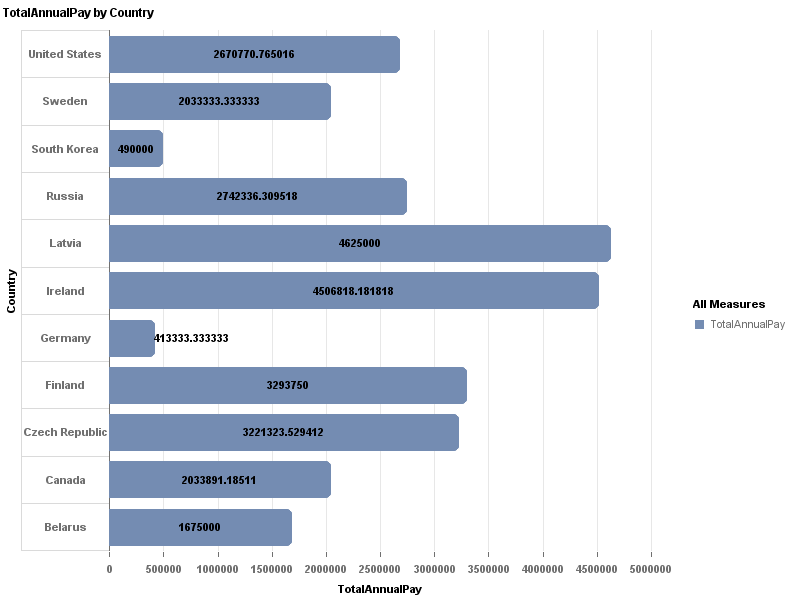 However, this figure should be taken with a grain of salt – there are a LOT
more players coming from the US than there are from Latvia and Ireland.

How good are the players from each country?

My next question was: is there really a difference between
the quality of players from each country?

To investigate, I used Total Goals scored (SumOfGP) as my
measure and sorted the data by country. It appears that players from Canada scored the most goals
overall by a large margin. Thus they look to be of a higher quality than
players from other countries.

However, once I adjust the measure field to show average
goals instead of total goals, it became clear that player quality didn’t vary
too much across countries (except in the cases of Germany and Korea for some reason).

I used Total Goals scored (SumOfGP) as my measure and changed it using the
dropdown menu to show “Average”. 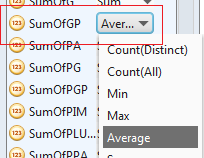 Player quality seemed to be distributed quite evenly across
the countries. 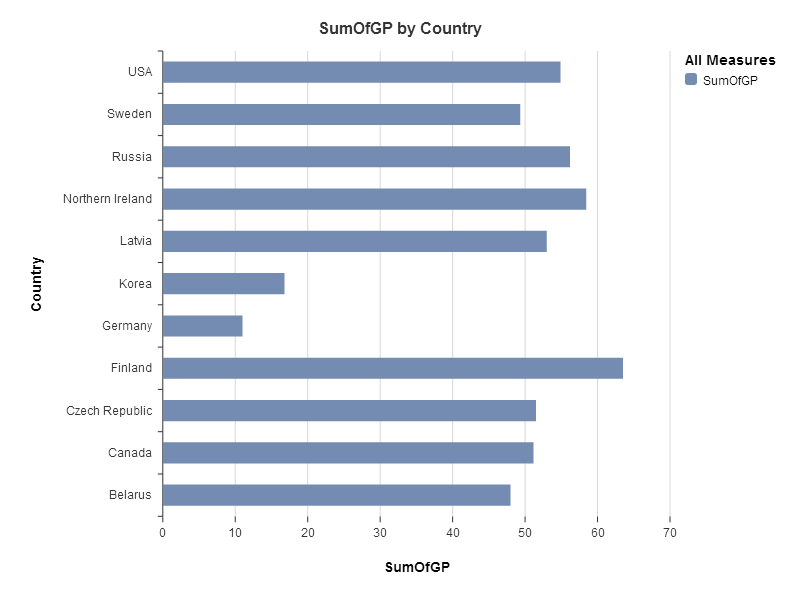 My final question was: does a player’s position affect the
odds of that player being injured? 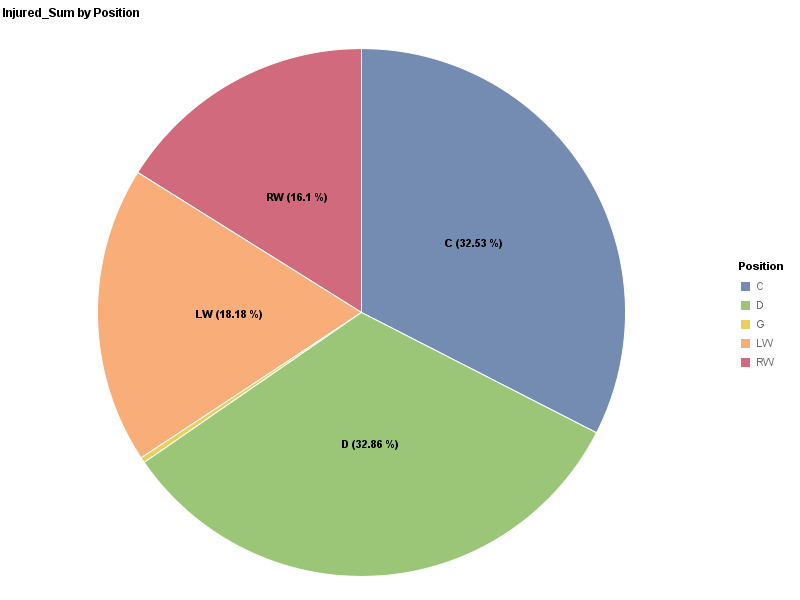 Using Lumira’s Piechart view, it became clear that it is
almost twice as likely for Centers and Defenseman to get injured than it is for
Left and Right Wing players.

Lumira is a very powerful visualization tool. With a few
simple clicks, I was able to create some very powerful graphics. It’s
definitely an interesting piece of software and I’m very pleased with the range
of functionality that it has.