1.2   This is the document helps you to create custom routine for sales order for below specific requirement:

In case of sale order with the SD document category ‘K’ or ‘L’ or ‘H’ related to an invoice, we need to fill the fixed value date (VBKD_VALDT) with the billing reference date (VBRK_FKDAT).

If we create a sale order related to this invoice, we want the fixed value date equal to the billing reference date. 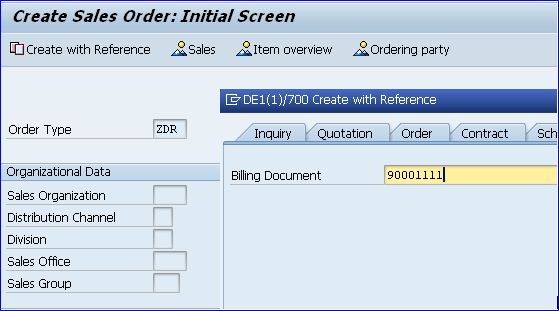 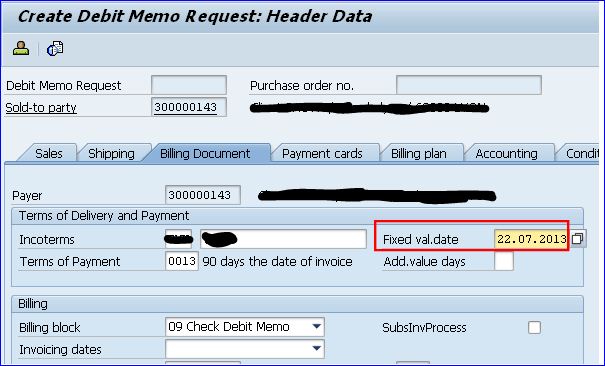 As per the requirement: 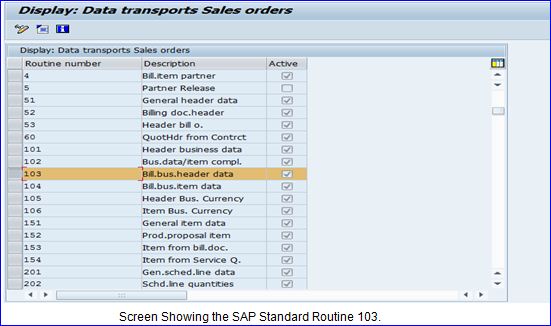 Note: To achieve this requirement we can also enhance the SAP standard routine 103 but here they need the custom routine because it will be configured on demand basis by client whenever they need it.

Transaction VOFM is a tool that was developed in R/3 to facilitate the definition of both SAP delivered as well as customer defined routines/rules used in the system during various business processes. VOFM routines are ABAP code written in Forms. VOFM provides the user with the benefit of choosing from one of the standard delivered R/3 routines or writing their own. VOFM is intended for the implementation team when configuring the system. It is not intended for the end user.

Here we have four important menus:

Steps to create the custom routine:

dynamically creates these objects. The assignment of these names is hard coded in the program.
The valid group indicator codes are defined in data base domain GRPZE using a value range. 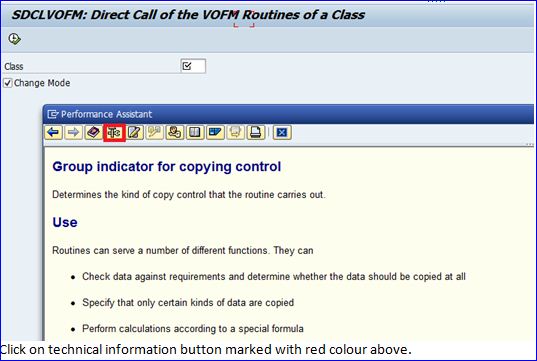 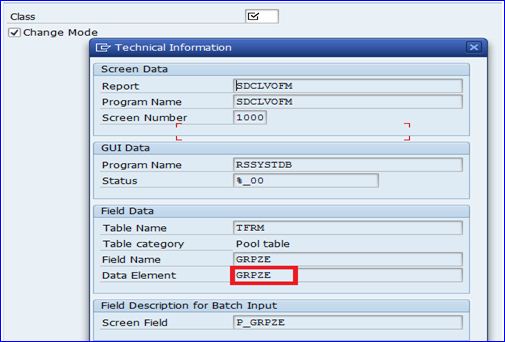 Now double click on data element and see the domain values as: 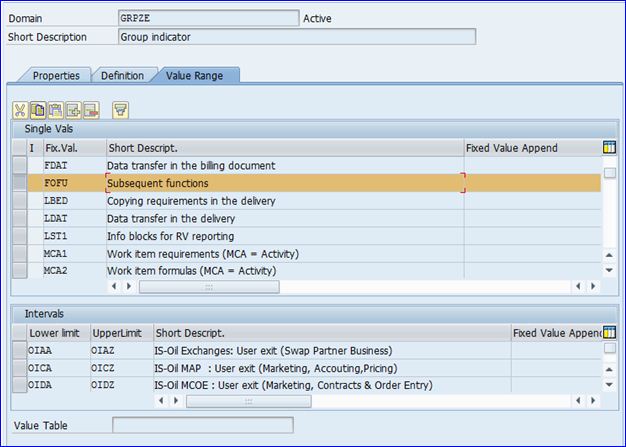 All the fixed values are Group Indicator Code.

Now provide the custom routine name and press enter, it will ask for access key: 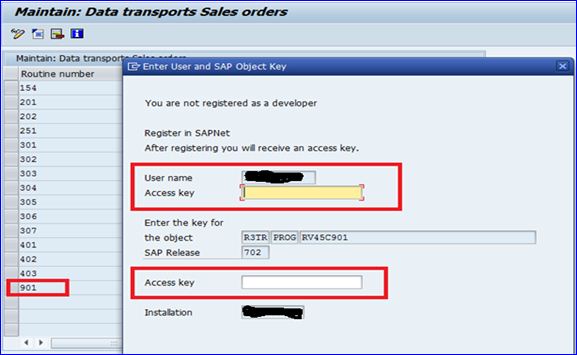 Once the access key provided a include program get generated with transport request as: 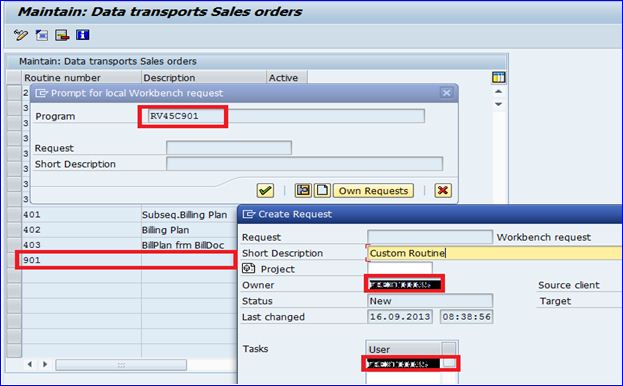 A modification message appears as: 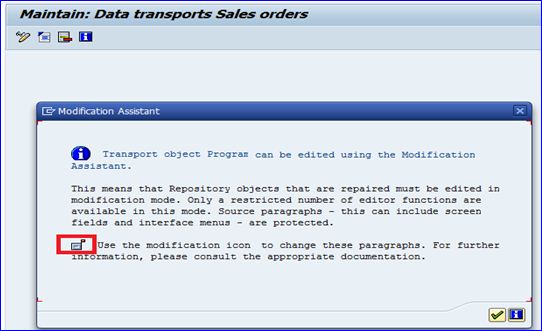 Then mentioned icon in the above screen shot needs to be used for modification of the custom routine.

Now place the cursor at the end of the ENDFORM and click on the insert button to write our own code as shown below:

On clicking insert button we have the area for writing our code with *(INSERT,, *) INSERT as:

Now as per requirement above we have written following code:

Along with code for standard routine 103, the code marked in red is the additional for this specific scenario has been used.
The billing date has been copied also in VBRK value date which also gets copied into VBKD.
The standard SAP program for creating the sales order using reference document checks for all values and if found any difference between CVBRK and VBKD, it creates an additional entry for VBKD. For that reason in this scenario fixed value date is also copied into CVBRK.

Once the coding is over we need to activate the custom routine 901 and include program generated.
For confirming the same we need to check the entries in TFRM table as: 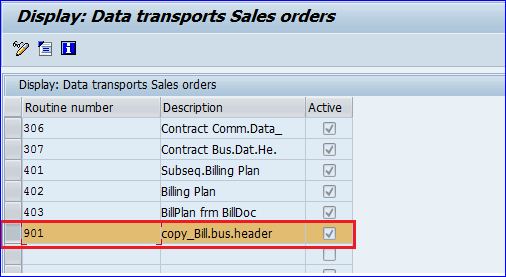 Even if any error occurs then we need to run the SAP standard program “RV80HGEN” to regenerate all VOFM routines. 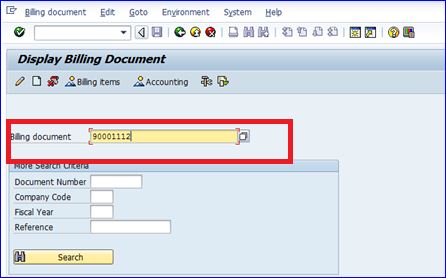 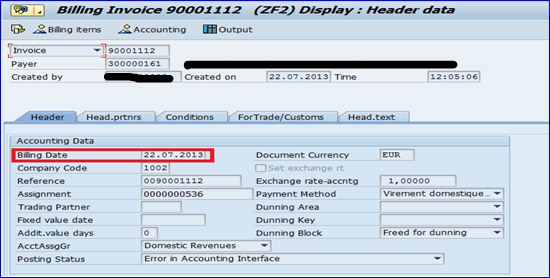 Now following steps has been taken to create the sales order using billing document as follows: 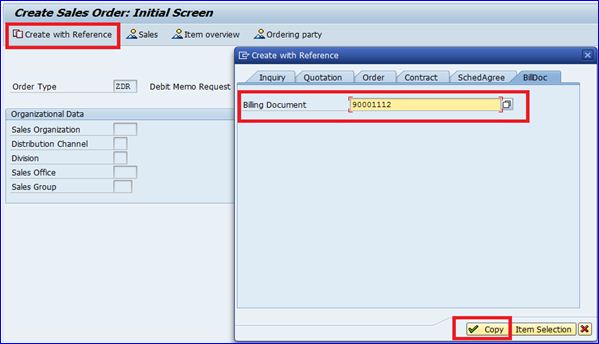 Reference document has been taken as billing document(9000112) as mentioned above.

After clicking on the copy option, a screen will open having the information of the sales order. 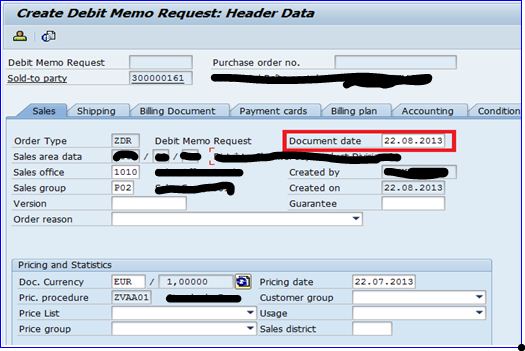 routines are transported this program should be executed in all target systems. It is

It can be added to the transport request of the custom routine include as:

Open it in change mode and provide input as shown below:

And press enter and save.

So when this transport is sent to target system then it gets executed automatically.

Even if it does not work then we need to run SAP standard program ‘RV80HGEN’ manually in the target system.

We can also activate and deactivate our custom routine from VOFM as: 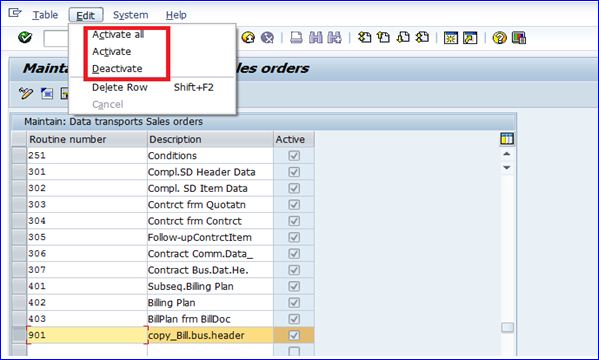 Depending upon the action the TRFM or TRFMT entries gets updated automatically as: