SAP launched its Developer Advisory Board (DAB) on September 12th 2013 in Palo Alto. The DAB was established to provide feedback and recommendations about SAP’s Developer Programs.

Ingrid, who suggested to me a few months ago to setup such Developer Advisory Board, opened the day by welcoming everyone. Well… almost, because sadly, James Gosling could not join in person this time.

Bjoern had the hard job of giving an overview of SAP and our technologies in 30mns. No slides, just talk! Impressive summary. Irfan followed him with an overview of SAP HANA. Still no slides but Irfan used a whiteboard! One comment from the DAB members is that we “don’t seem to know how to explain SAP HANA”. We need to learn to explain SAP and our technologies in a simpler, clearer and more concise way. “Developers want to get it in 5mins max; they want to build real stuff in less than an hour”.

After the overviews, we went on to work on the first challenge. We split the room into 2 teams that were asked to discuss and report about exciting use cases of our technologies for developers. The team I joined spent a long time discussing about the fact that SAP should stop pushing technologies to developers. “You should rather spend time showing to them and helping them to understand how you can help them to solve their problem”. “For them to understand you need real stories by developers for developers”. “You need stories that will make them dream”. “With all your customers data, developers could do so much! You need to find ways to make this data available to developers…” The other team talked about the importance of nurturing the A developers while catering for the C developers. “You have to lower the barriers to entry”. “Why not make HANA free for developers?” “What improvements can you or HANA bring to the top 20 mobile apps?”

Of course there were plenty of other interesting questions and points!

We then all broke for lunch.

I started the afternoon with a brief overview (with slides) about SAP activities for developers so far. I also shared what we learned during recent developer events that we organized or sponsored, one of them being that we have a reputation and perception problem with net new developers. “We are a no-brand for developers”. One recommendation was that “you should focus most of your efforts and energy on the existing SAP developer ecosystem until you have a compelling and true value proposition for the others”.

Barbara took the stage after me to present the findings of an ongoing project to re-define SAP’s value proposition and messaging to developers. She wanted to get the DAB reaction about the findings and have them help us to choose between three potential directions for building an exciting value proposition for developers. Here are a couple of comments/questions that we received: “Exciting developers requires more than a good value proposition and some marketing. It requires proving that you have already created value for a developer”. “How can you prove to us that you can walk the talk for any of the three directions?”

After my and Barbara’s talks we jumped into a bigger discussion about the Value Proposition directions and about the next steps we should take to activate and deliver on them. There was general consensus that the direction should be around the value of our business platform and customer ecosystem to enable developers to change the world. Not that easy to prove but quite exciting, I think. We had a short discussion about Open Source vs. Open. “Open Source is an artifact from the past”. “The way is development in the Cloud, using open and well documented APIs”. “You want to make sure you use open formats and open interfaces”.

Feedback, questions, ideas flew all day. I can’t say that all were surprising but I appreciated all and I certainly value all. We or I came out of the day with homework, a lot, not easy but quite interesting and exciting. We now need to prioritize and re-plan.

Whether you’re a developer or not you’ll notice shortly! 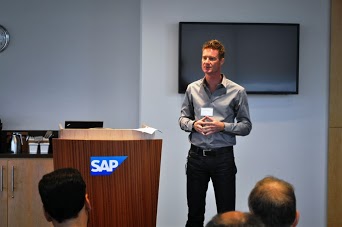 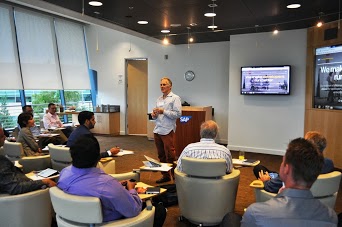 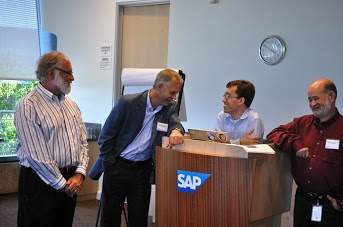 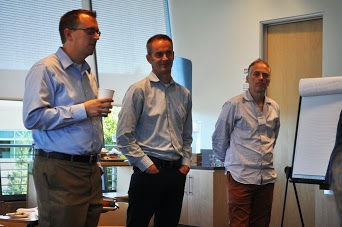 Thanks for sharing the activities of that day and some of the feedback with the community here. I can imagine you're very busy right now 🙂 , but can't wait to hear more about the 3 directions and what it means for developers going forward!

Fred I have to agree. I appreciated the frank and reflective tone of this blog post quite a bit. My view is that almost any change is possible but part of it starts with an unflinching inventory of where you currently stand. Kudos to Anne, Juergen and the rest of her team as they have done a lot of the nitty gritty on pushing developer engagement forward. Not everyone may realize some of the challenges they have overcome and their perseverance, but the ambitious goals are easier to say than the day to day work to realize them.

I'm looking forward to more open discussion with the community on these topics. The DAB is clearly providing solid feedback so far. I was encouraged to have Anne reply to me on Twitter that the makeup of the DAB is still being added to, and that voices that would represent/have intimate knowledge of SAP developer issues from the inside may well be added.

That would be my major suggestion to what I see as a worthwhile initiative with a very good board lineup.

Thanks for sharing Anne!

It's interesting to read some of the "quotes" and actually quite re-assuring that this group of external people comprising the DAB actually preach along the same line many of us internal developers/advocates have been trying to address for such a long time.

“The way is development in the Cloud, using open and well documented APIs”

Ha, I think I've heard THAT before and couldn't agree more of course!

It sounds to me that there's a lot of good arguments being sounded by the DAB and hence I hope that this insight may help to take the right actions.

Thanks a lot Anne for summarizing the kick-off meeting with the DAB and sharing it with the community!

After the statement about the cloud that Matthias liked, too, I specially liked the statement about providing HANA for free for developers. With the SAP HANA Cloud Platform developers already can get a HANA instance for free in the cloud. And with the ongoing efforts around making these instances available also via the HANA Studio (blog1, blog2) - including HANA Native Apps - this could become true pretty soon.

Looking forward to hear more from you and the DAB.