The big data bonanza is in full force, and it won’t fade anytime soon. 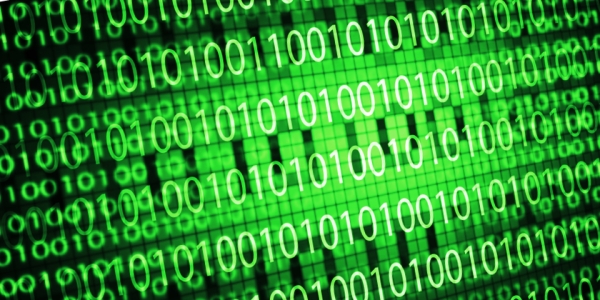 “From the dawn of civilization until 2003, humankind generated five exabytes of data,” Google Executive Chairman Eric Schmidt famously stated a few years ago. “Now we produce five exabytes every two days … and the pace is accelerating.”

Having a big data strategy enlightens those who were once blind, and the world is starting to see:

What’s the common denominator? Unless you’re a criminal, all of these examples and thousands more are geared toward improving quality of life. The big data bonanza also provides happiness via entertainment, specifically …

Technology in sports and how big data enhances the experience of coaches, players, announcers and — most importantly — the fans. Focusing on the fans, specifically the 27 million of them who play fantasy football, I decided to explore NFL.com’s new cloud-based Player Comparison Tool powered by SAP HANA.

The tool is a mobile app that analyzes 10 years of professional football data to help fantasy footballers make predictions and decisions about their lineups. (Learn more here.)

Does it really work? I compared seven different positions of 14 similarly ranked players to tell the story, and the results were amazing. The tool allowed me to analyze vast quantities of NFL data in real time — and it chose correctly in every single comparison.

The result was a combined score increase of more than 45 points, equating to half of the entire team’s weekly score. Below is one example of how it correctly recommended LeSean McCoy over a similarly ranked C.J. Spiller: 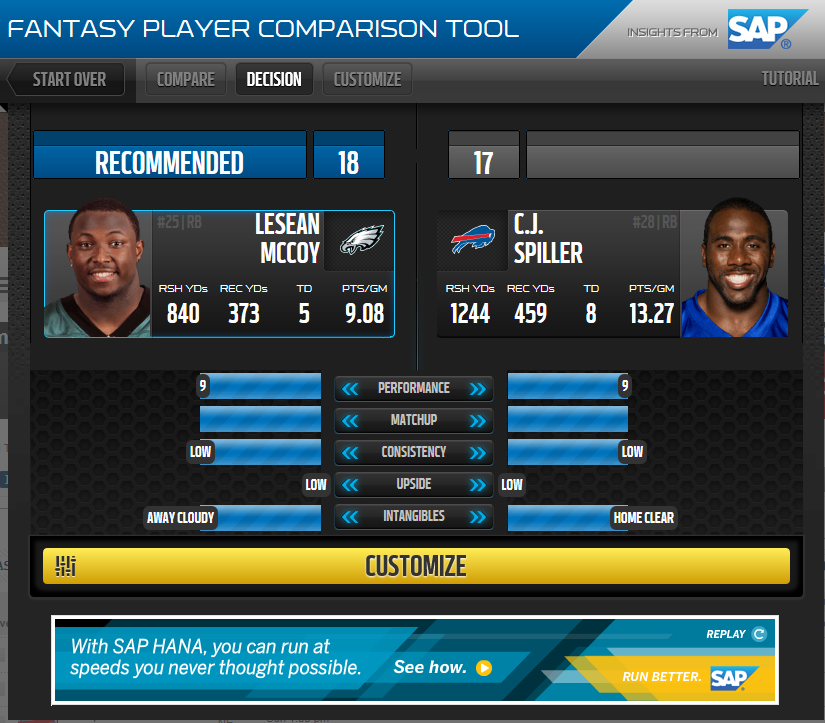 In hindsight, McCoy was the obvious choice. He ran wild against the Redskins, while Spiller struggled to get anything going against the Patriots. But predicting this on gut-feel would have been challenging for any owner, as evidenced by most experts ranking Spiller ahead of McCoy before the season began.

The fact that anyone, even children, can log on their mobile devices and instantly analyze a decade of NFL big data is proof of how simplified and integral technology has become.

Now 12-year-old kids have a big data strategy. Do you?

Future of Baseball Hinges on Analytics, Big Data and Mobility

An Executive’s Guide to Big Data; What Could You Do If You Knew

Big Data: The Next Big Trend in Fashion

Team up with me on Twitter and LinkedIn for the latest Sports & Technology buzz. Like this story? Sign up for the SAP Business Trends newsletter here.